Buggy Robo was the 8th Machine Robo release, but what you see below is the Second edition. The only big difference is the BANDAI logo on the box, instead of the Popy logo. This was released in 1984, but BEFORE Bandai began using the rainbow motif on all of their packaging. It's one of the most iconic robots in the series. 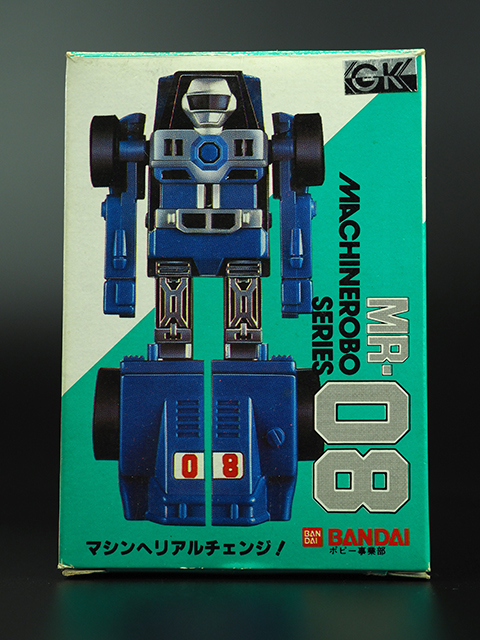 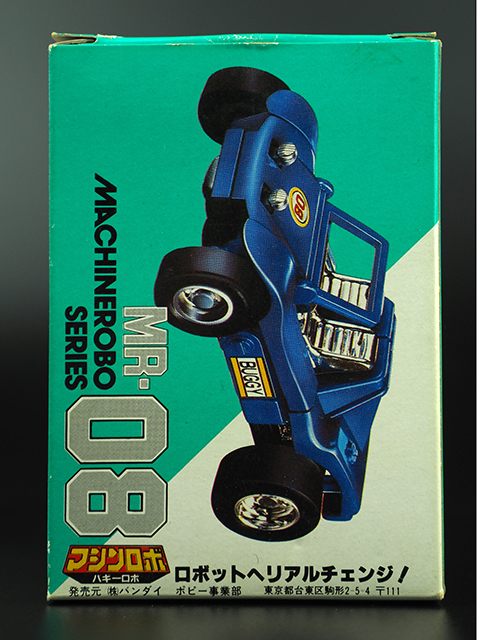 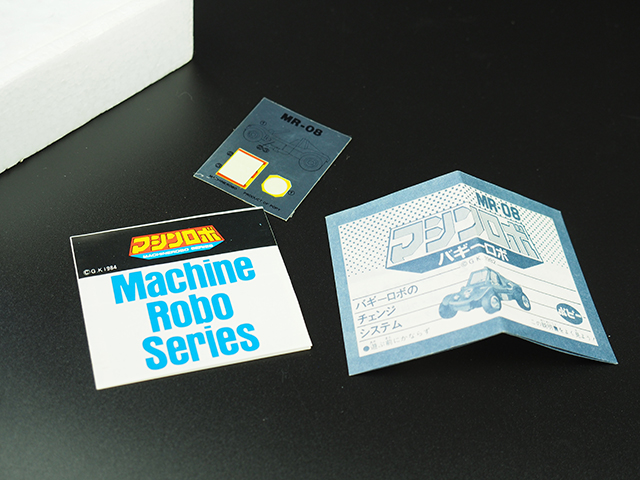 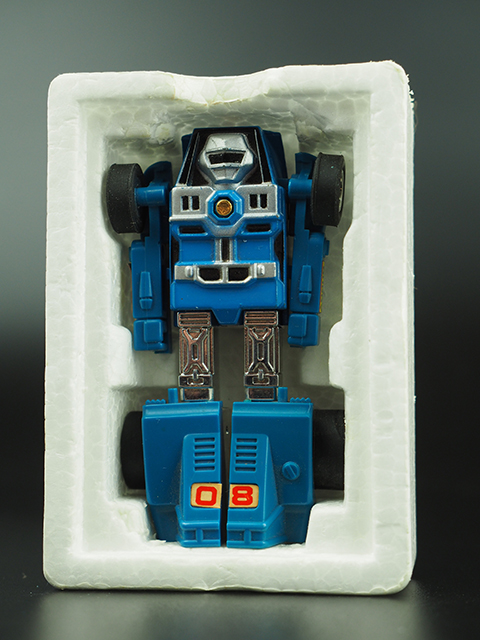 It's such a simple yet effective design. It is ground zero from what we come to know of the simple transformation scheme: Pop out the arms, unfold the legs - done. How many Gobots, Transformers, Zybots, Convertors and more followed this scheme? Too many to count likely.

Despite the simplicity, there's a lot going on here. The entire body is die-cast metal, with tight paint applications and numerous stickers. Little details abound and each surface has some kind of decorative molding. 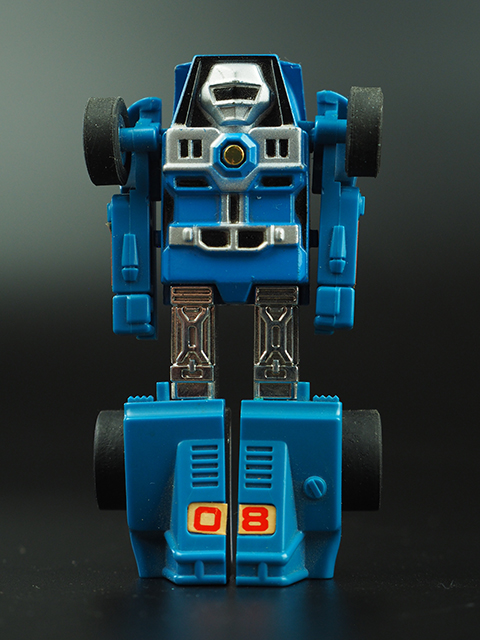 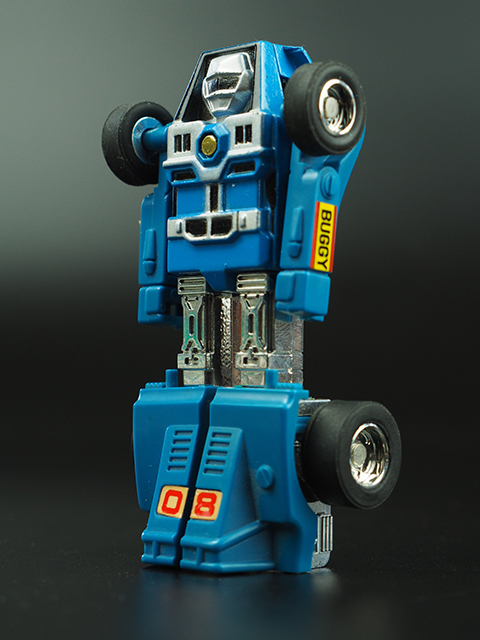 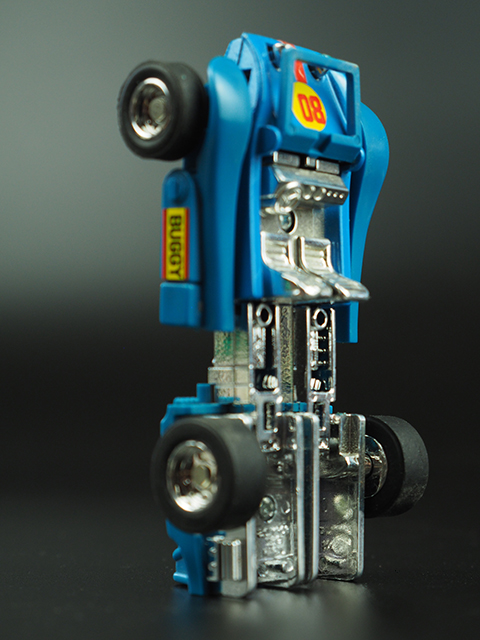 Those only familiar with the Gobots version may delight in the additional stickers. 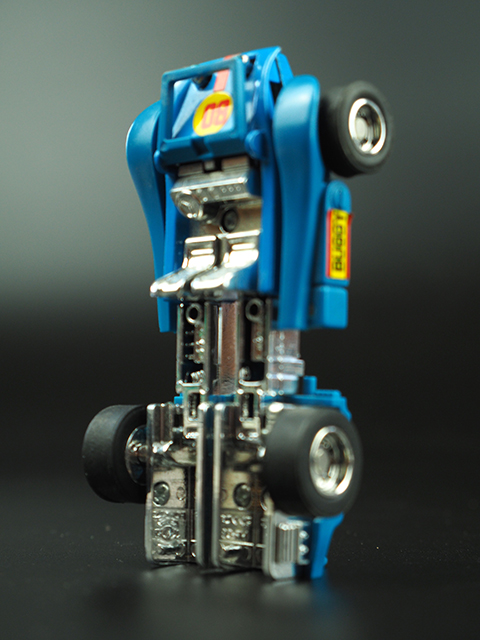 There's some nice detailing in the chrome on the back of the legs. 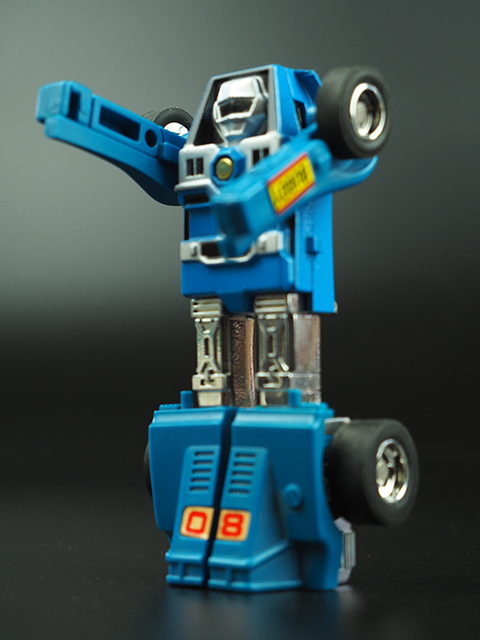 Vehicle mode is a generic Dune Buggy. Dune Buggies were all the rage in the late 70s / early 80s. They usually consisted of a fiberglass body that was added onto a stripped Volkswagon Beetle chassis, and then modified for off-road use. The vehicle mode highlights some of the hallmarks, such as the popped up headlights, foldable windshield, flared out fenders, and roll cage. 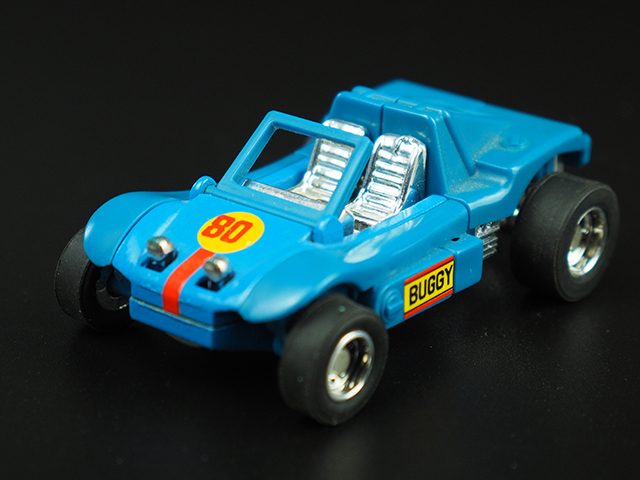 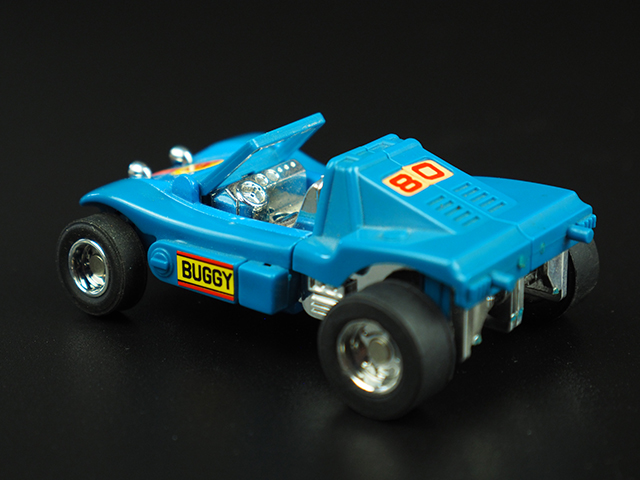 I would have never expected Dune Buggies to have been an thing in Japan. Check out how the steering wheel is mounted on the left, as opposed to the setup of a Japanese car, which would have it on the right. 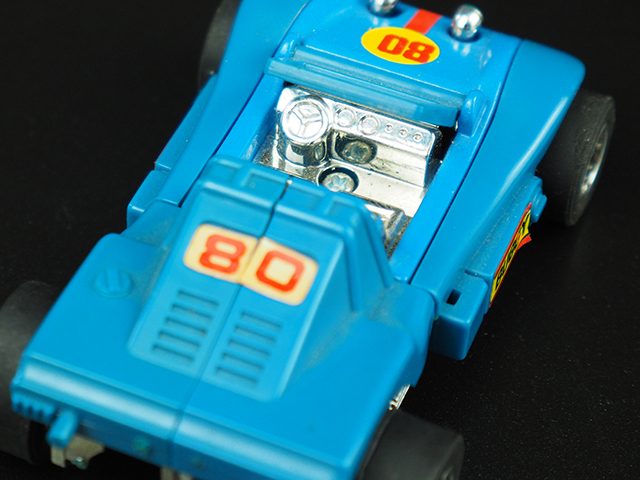 For the US market, Tonka imported this toy without the extra stickers. They also released an orange version later in the line. 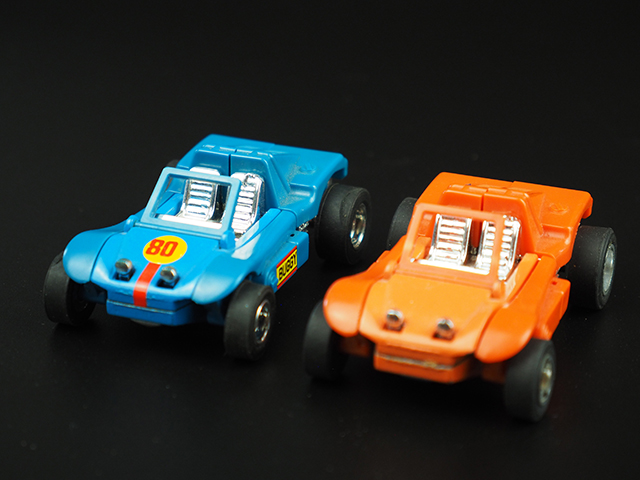 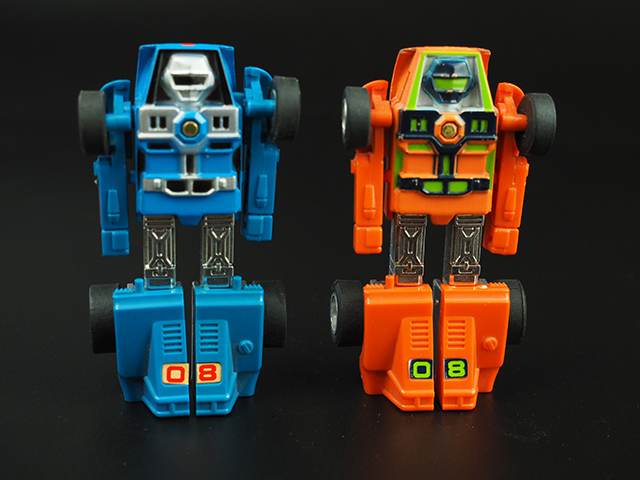