I don't know why, but these Clover Dunbine diecasts get absolutely no love in Japan. Each time I have gone, I have picked up a few from the series at dirt cheap prices. I'm talking like 1,500 yen. That's insane. 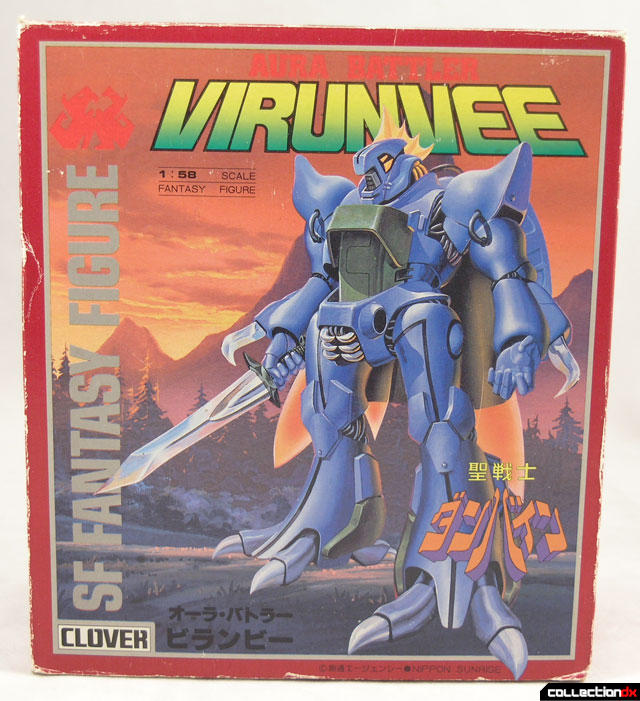 To be fair, these toys aren't all that great. The detail is lacking, and the articulation almost non-existent. But it is a diecast representation of a pretty cool character, and if it has anything, it has the FUNK. I mean, the thing has teeth in its CROTCH. 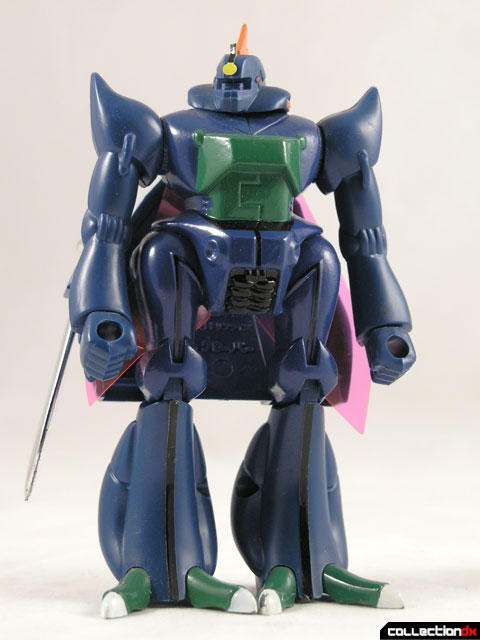 The Aura Battler Virunvee 1:58 SF Fantasy Figure (ã‚ªãƒ¼ãƒ©ãƒ»ãƒãƒˆãƒ© ãƒãƒˆãƒ© ãƒ“ãƒ©ãƒ³ãƒ“ãƒ¼ 1:58 SF Fantasy Figure) is largely diecast, with plastic arms, lower legs, backpack and head. The 'œwings' are made of a translucent orange flexible sheet of plastic. The only accessory included is a chrome sword. The sword can fit into either hand, or be positioned on the back section for storage. 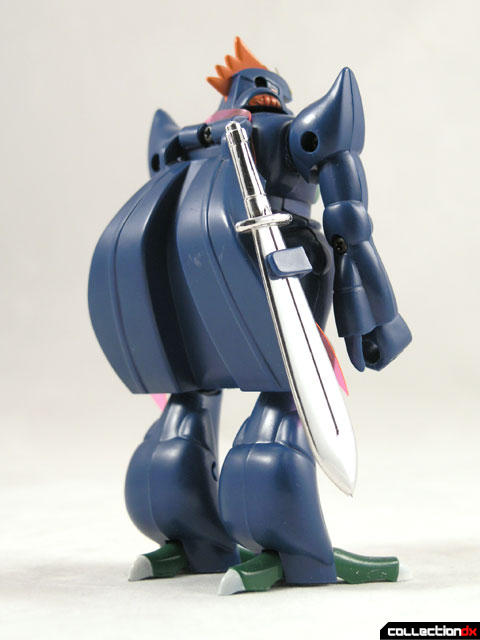 A sticker sheet is included. The toy shown here has stickers unapplied. 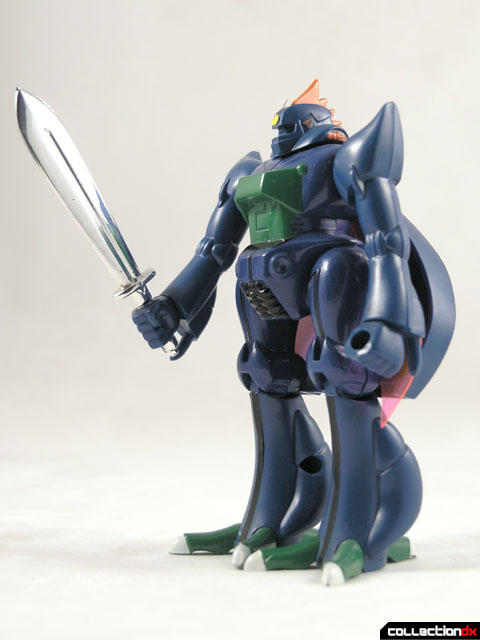 These toys were some of the last toys that Clover ever produced. They folded in 1983. If only Clover had given the attention to these toys that they did to their earlier Gundam line, who knows what could have happened. But at the end, these toys were just kind of shoddy. If you like the Dunbine designs, you might like these. Casual collectors should look elsewhere for their diecast fix. 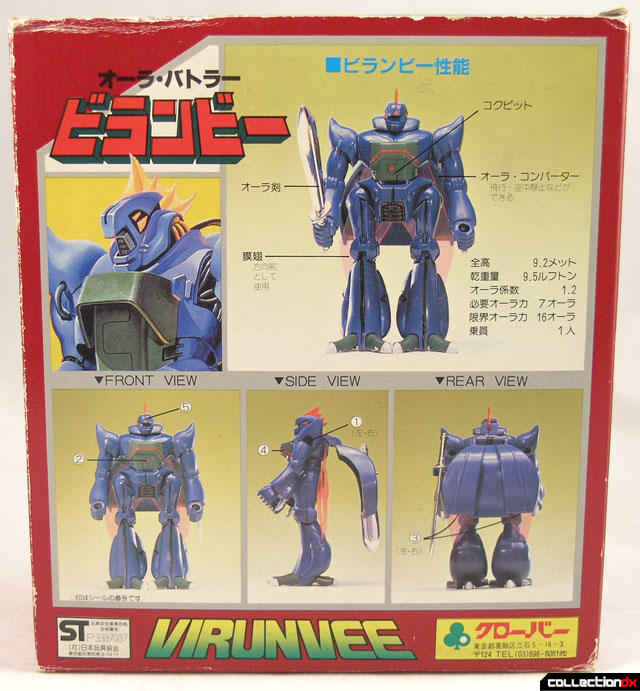