Exactly how many "Junior Machinders" were made and of what characters is still very much a mystery. We've seen a great many of them over the years, but it seems new things will never stop being discovered. But among the ones that we know to be out there, perhaps this Gundam figure might be the most highly regarded and sought after. 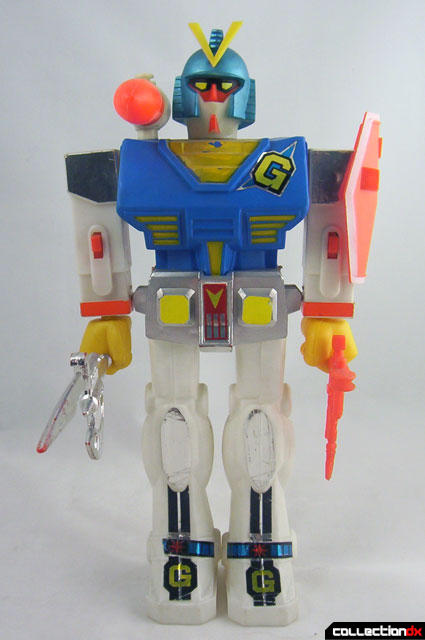 Besides being a toy of one of the most popular robots out there, this is special because it's features many parts unique to this toy, whereas so many other junior machinders share lots of parts. Really, the only parts on this toy that we've seen elsewhere are the fists (which are used on almost all junior machinders) and the missile on the shoulder cannon, which was taken from the Daimos Jumbo Machinder. Gundam probably has a bigger arsenal than any other junior machinder, too. Besides the shoulder mounted missile launcher, he also has a hand held gun, a sword/axe kind of weapon and a shield. The shield can be held in either of it's hands, or stored on the left shoulder. 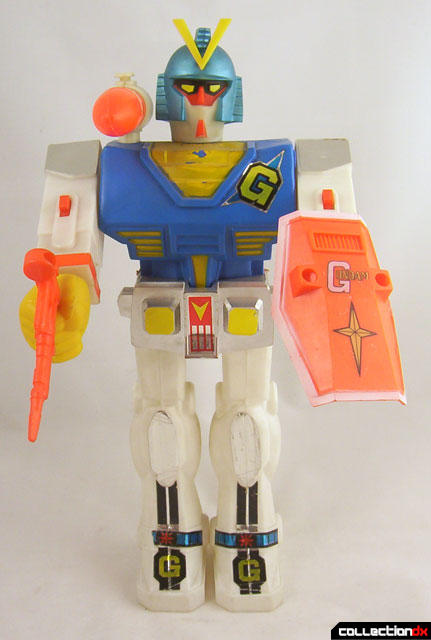 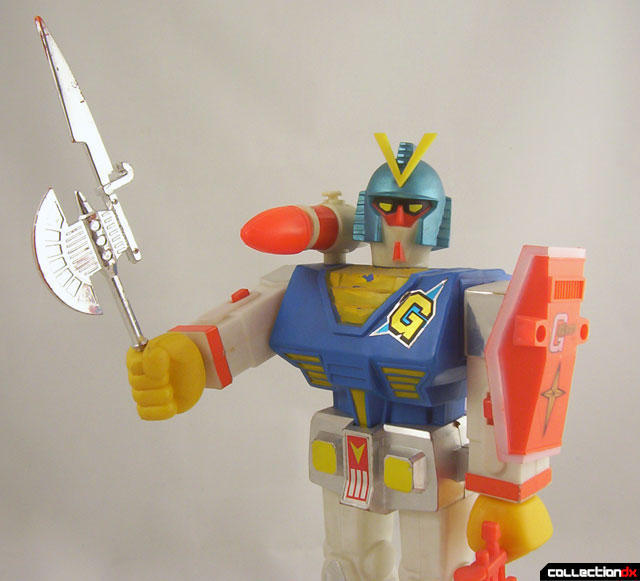 Gundam is a mixture of polyethylene for the legs, soft vinyl for the head and torso and hard plastic for the arms. Both stickers and paint applications provide more detail to the colored plastics. Besides the missile, both fists can fire. Gundam is approximately 15 inches tall and comes in a colorful box with some neat artwork on the front.* 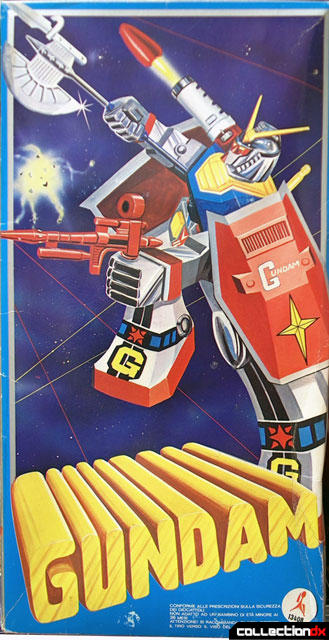 There is a logo of "SMC" on the back of the toy, but the box seems to indicate it was made by Ceppi Ratti. This toy pales in comparison to the other Ceppi Ratti Gundam Machinder, the elusive Jumbo. To date, I only know of three collectors to own one of those. But I certainly like this one much more than the more recent Easter Basket Gundams sold in the US. 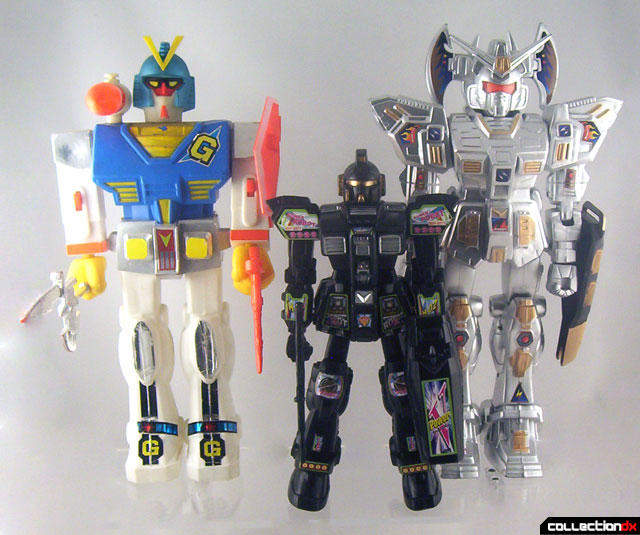 * Thanks to Jerilock for the image of the box. Even though that should have been my box!**

** I found the auction for the toy he won but didn't bid because no box was shown. He bid and won and then the seller said he had the box! It should have been mine, dangit! ;) 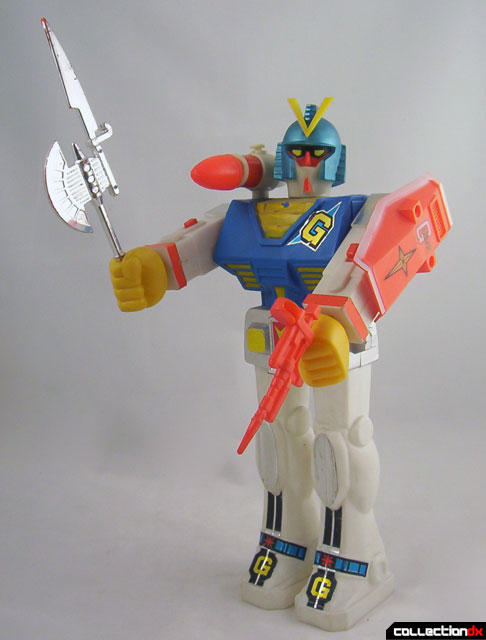 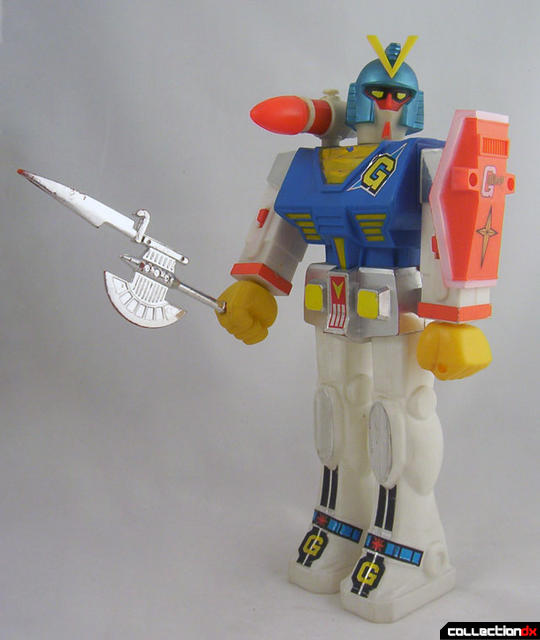 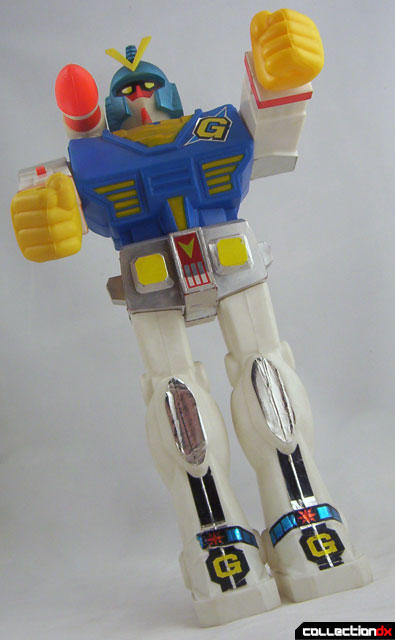 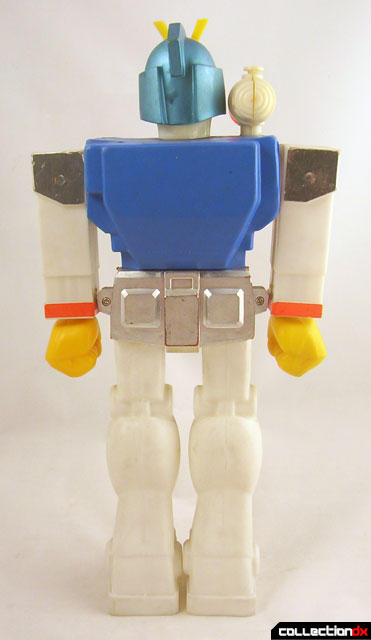 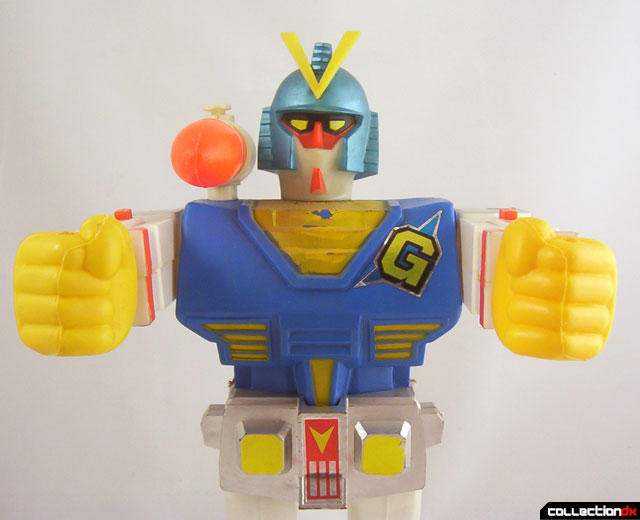 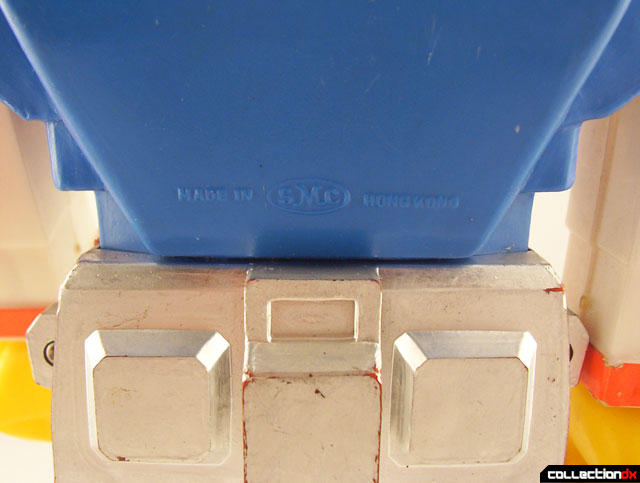 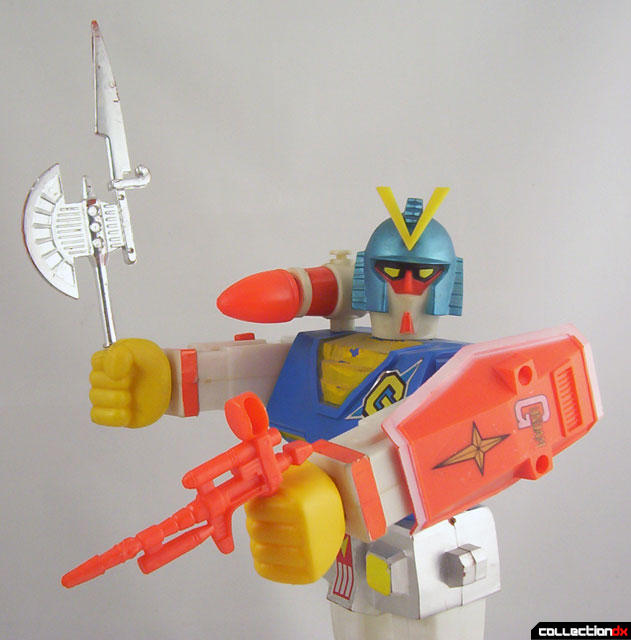 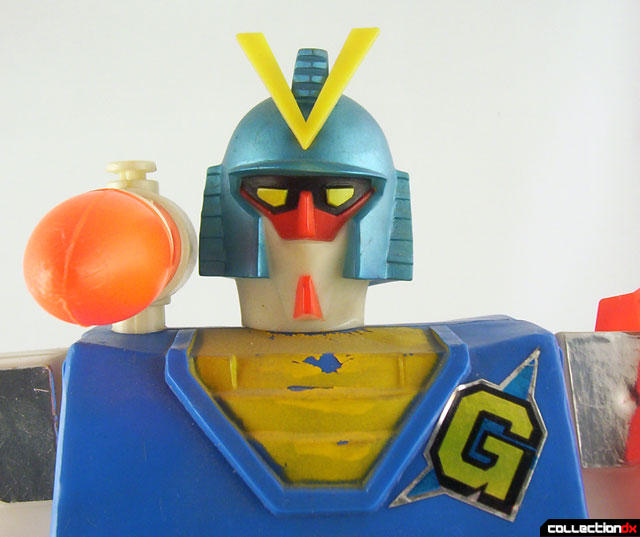 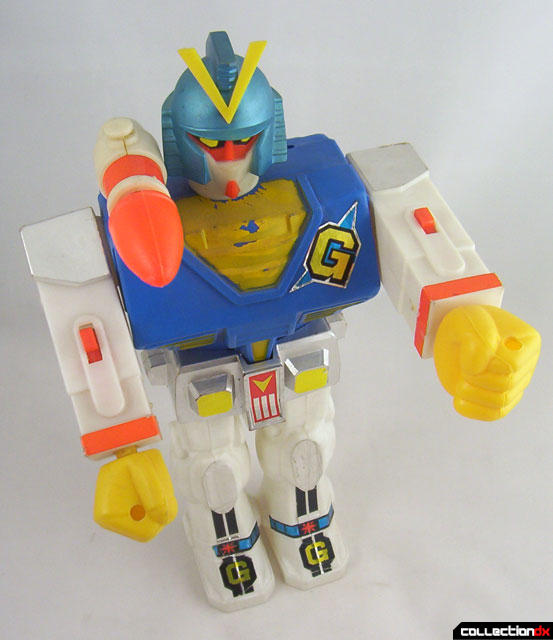