Queen Himika is a character from the Go Nagai-created series Kotetsu Jeeg. She is the ruler of the Jamatai Kingdom and the main antagonist of the series. Having never seen that show, that's about all I know about her. But hopefully I can shed a bit more light on this toy of her. 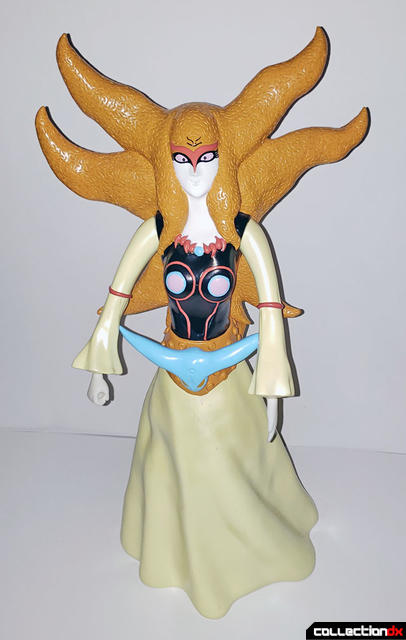 Released in 2012, Queen Himika was the first and only release in the "Jumbo Machineman" line, by KEJO. So who is this KEJO? Well, the name is a contraction of the names of two collectors. The first is Mr. Ke, a big collector of Jeeg in Japan, and the second is my friend Giovanni Vaciago, or Jo, a collector from Italy where Jeeg is very popular. On one of Jo's visits to Japan in 2011, they met and came up with the idea of creating a toy of this character. Inspired by the Jumbo Machinder toys of yesteryear, the toy would be roughly 21" tall and carry the label "Jumbo Machineman", in a font that is nearly identical to the original toys. I guess with "Jumbo Machinder" and "Jumbo Machine" already taken as names of toy lines, they just came up with the next closest thing. Of course, the character is neither machine nor man so I'm not sure it really makes a lot of sense, but really, who cares?

Rather than being sold in a box, it was sold in a bag with a header card, like traditional smaller vinyls. 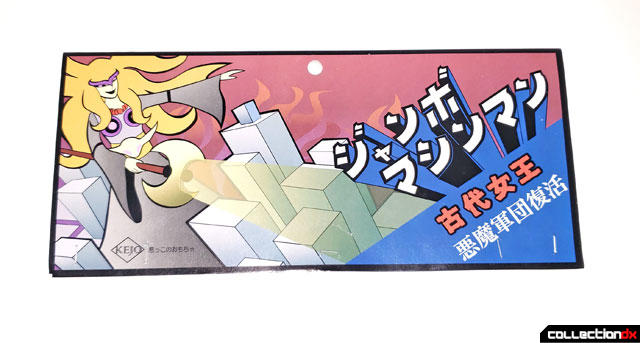 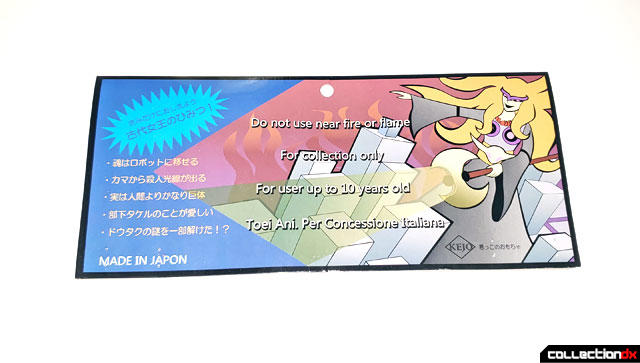 The sculpt of the toy is very nice and does a great job recreating the character. Unfortunately, due to the design of the character, there is very little resemblance to any vintage jumbos, regardless of whether you compare it to a traditional polyethylene jumbo or one of the less common vinyl villains. As such, I don't think it ever really found much of an audience with jumbo collectors. 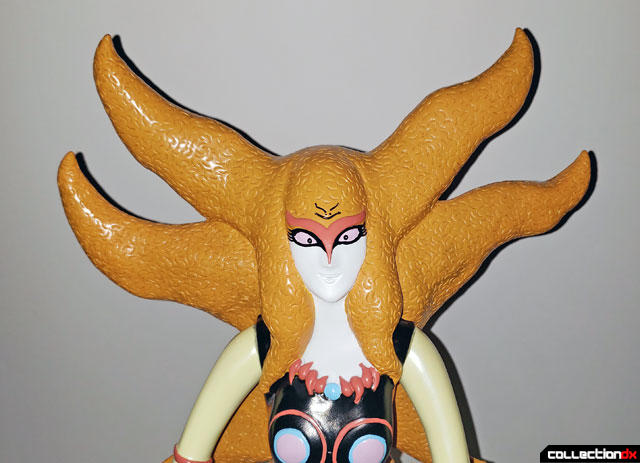 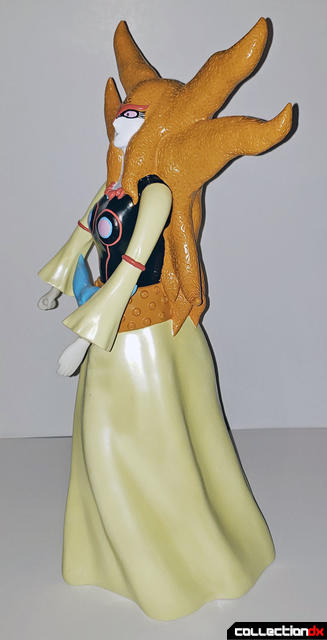 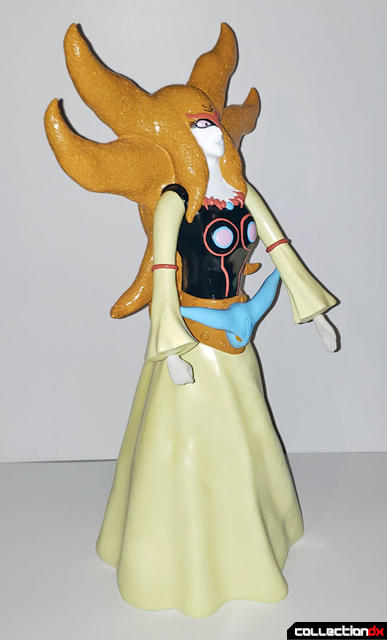 There are four points of articulation on the toy, those being at the shoulders and the wrists. The toy also comes with a rather large weapon that can be held in the right hand. 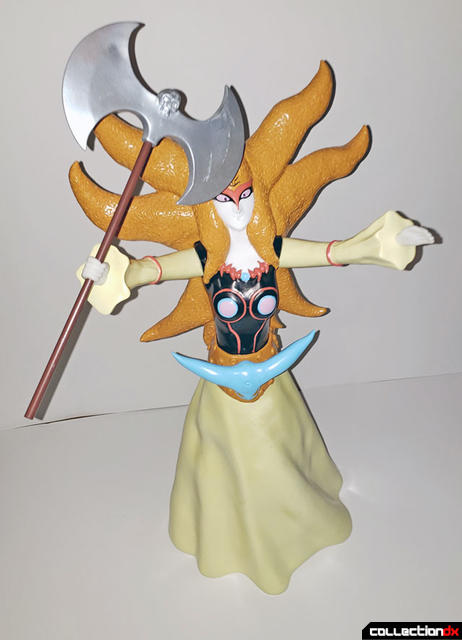 Unfortunately, the joints on the wrist and shoulder on my specimen aren't really very tight so that combined with the weight of the ax often results in gravity winning and the arm or axe falling downward. 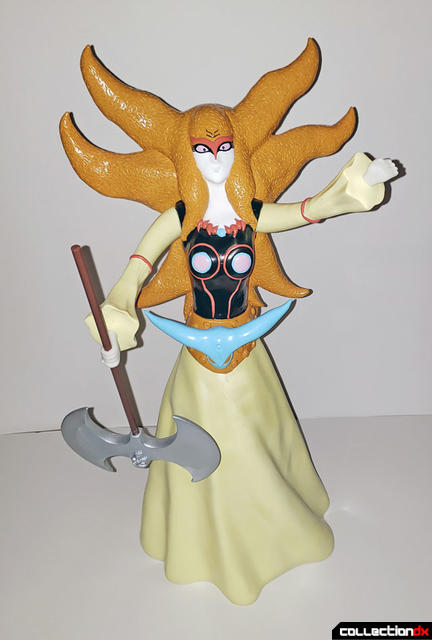 That being said, this isn't really one of those toys that you're really going to be playing with anyway. Like many vinyls, it's meant to just be a solid representation of the character and to look good standing there on your shelf. I wish that I had more room in my jumbo villain case to display this in there, because I think it might be the only place in my collection where it might look at home. Not because it is a similar toy, but because it probably belongs with other Go Nagai characters.

I've always felt a bit guilty that I never bought this when it was brand new, since I always want my friends to succeed in their endeavors. But the truth is that it wasn't enough like a true jumbo and I didn't have any love for, or even knowledge of, the character. So even with a limited run of only 50 hand painted pieces, I just couldn't justify the $300 price tag. Ultimately, the project was not a success and the toy ended up selling for not much more than it cost to produce. In the years since it's release, the market for jumbo toys has exploded so who knows? Maybe one day this unique toy will be more than a footnote in the history of Japanese character toys. Sometimes the toys that never sold when they were released become some of the most sought after ones years later.