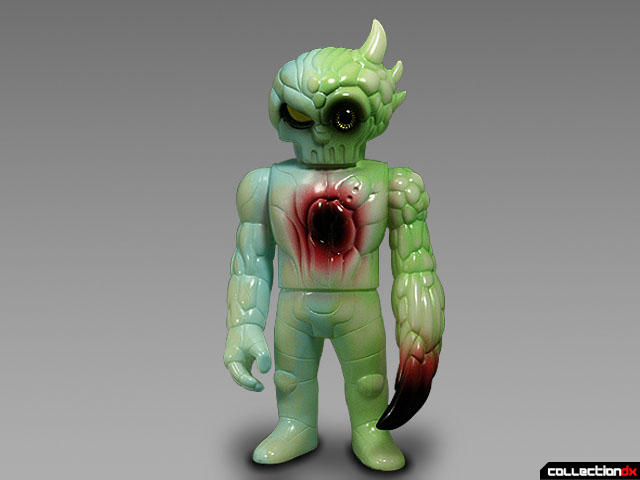 RealXHead and Onell Design have collaborated on a number of occasions, firstly with smaller 4” sized figures like Pheyaos mini and secondly, with the larger 8” sized Pheyaos man. Onell’s character Pheyden and RealXHead’s Mutant Chaos have been merged together in a very interesting and awesome way and Pheyaos is now getting an upgrade with a new body and head in the larger 8” size. 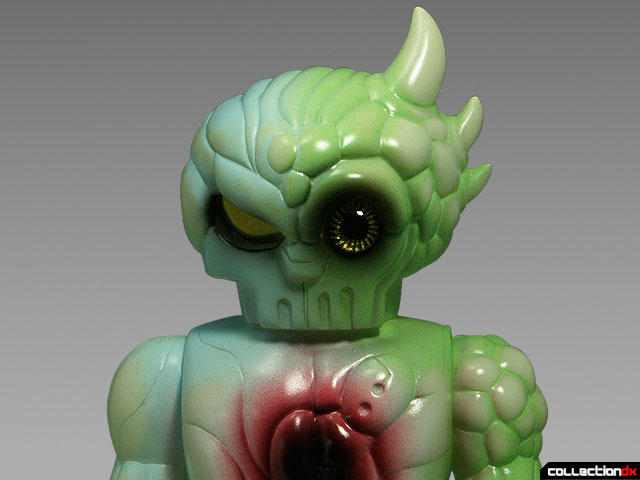 The new larger sized Pheyaos has a lot of detail and texture. It still carries over a number of details from the mini version, but there feels like there is now more room to show off these details, as the mini can come across as being a little compacted. There appears to be no reuse from other figures, like there was with Pheyaos Man, this is an entirely new sculpt. As expected with RealXHead’s products the sculpting is excellent and really captures the two characters fused together and shares design elements of both quite well. 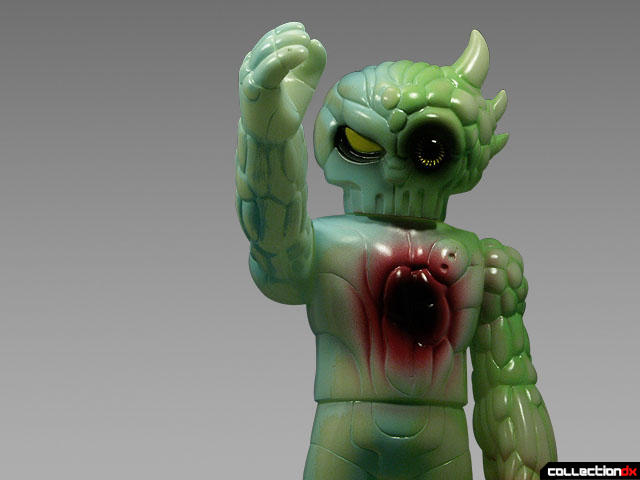 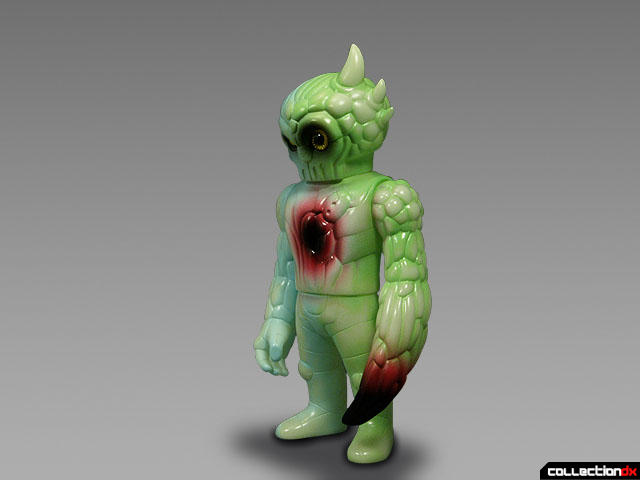 The paint, as expected, is expertly applied. A light blue and green rub, with the vinyl material that glows in the dark, makes for a nice contrast. There are dark red and black sprays added to the chest and weapon arm, giving it a bit of a zombie vibe. The black spray around the eyes makes them stand out and really makes them pop. I really like the overall color choices for Pheyaos it makes the figure stand out a lot. 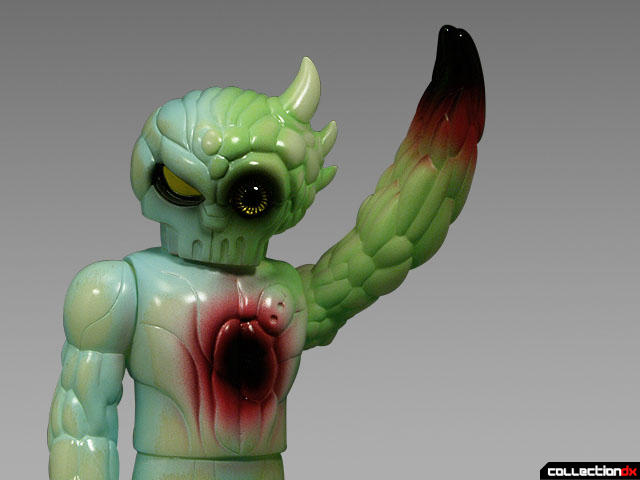 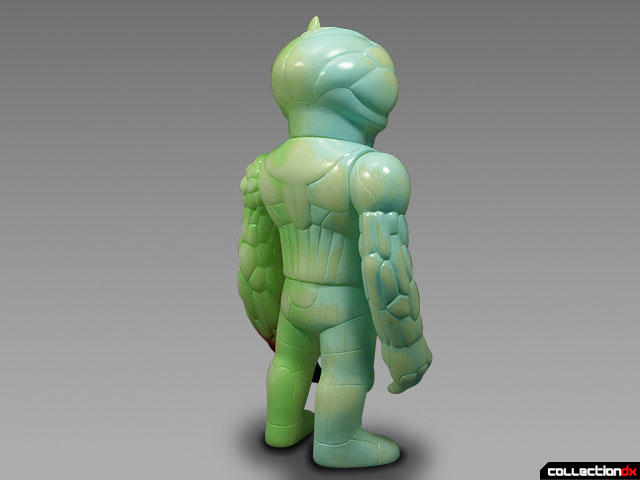 Unlike previous RealXHead figures, the articulation on this one takes a little bit of a hit. With only swivel head, arms at the shoulders and waist being able to be rotated 360 degrees. Pheyaos is missing the elbow articulation that the Chaos Man body normally comes with. I feel it hurts the poseability a little bit, as you don’t realise how useful it is until you are trying to pose a figure without it. Having those extra swivel joints does help to add a bit of variety. 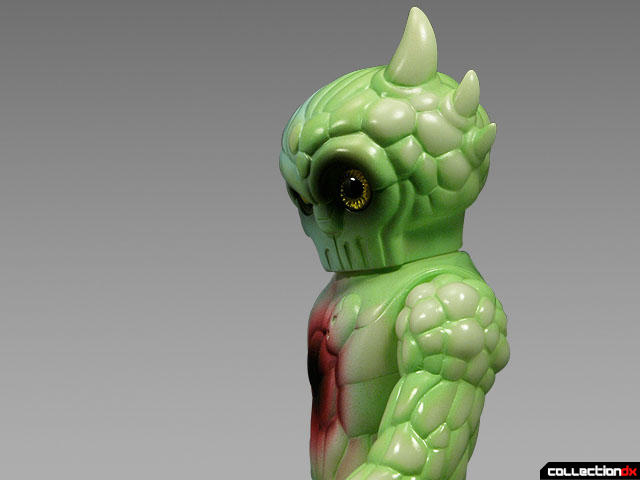 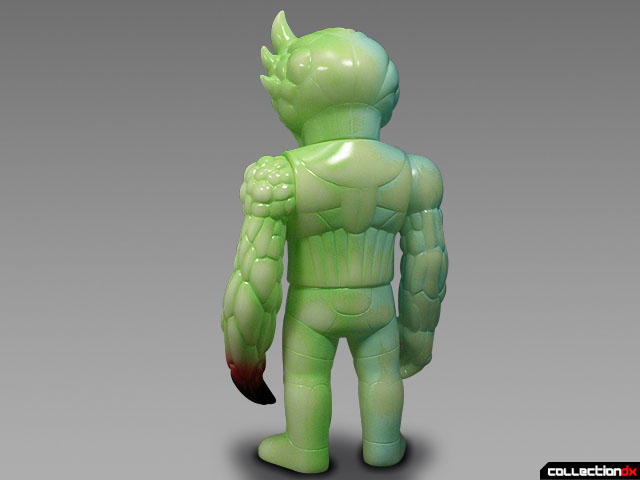 The tough part will be trying to track one of these particular colorways down, I was lucky enough to pick mine up on a recent trip to Japan and unless you get lucky with Mandrake’s website it could be a little hard to get one, there were a few stores selling different Pheyaos’ but not too many to make them seem like they are everywhere. The asking price wasn’t marked up too much from what the original price was as well, which made my wallet breathe a sigh of relief. I really like this larger version of the Pheyaos mini, it still has all the detail you would expect and looks very impressive among other RealXHead figures. If you have to chance to pick up a version you like I wouldn’t hesitate to do so, as Pheyaos is an excellent figure! 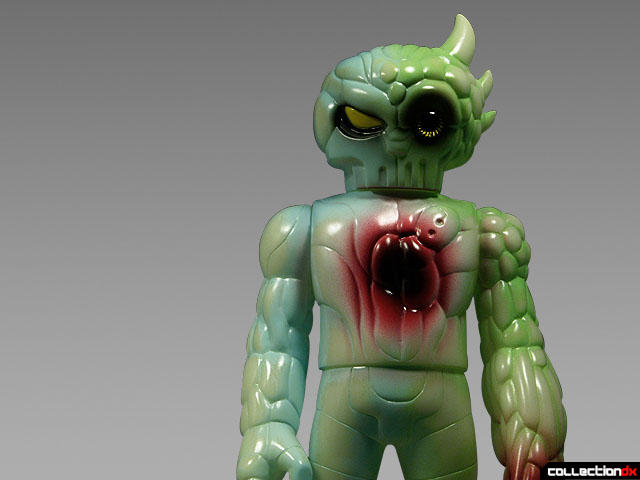 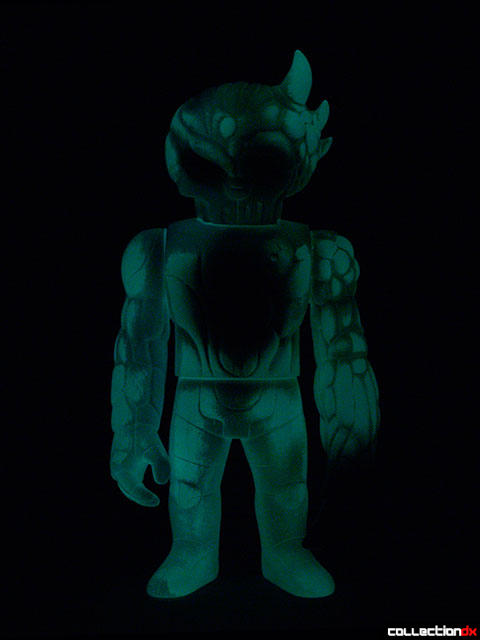