Looking at the S.H. Figuarts Leonardo is like staring straight into my childhood. This may sound cliché, but it really feels like Bandai pulled this toy straight out of the cartoon. 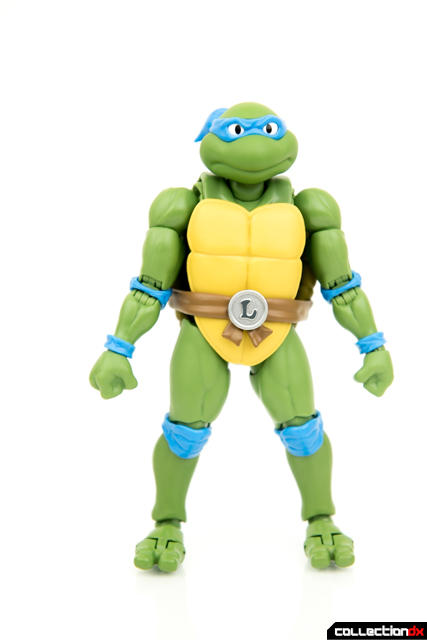 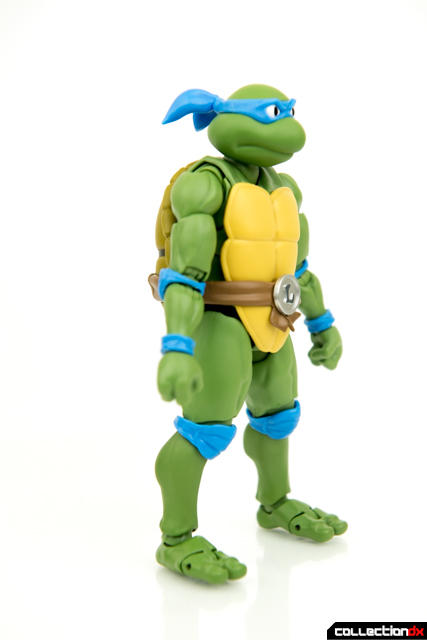 The protective pads on the knees, elbows and wrists do a nice job at hiding the joints on those body parts. 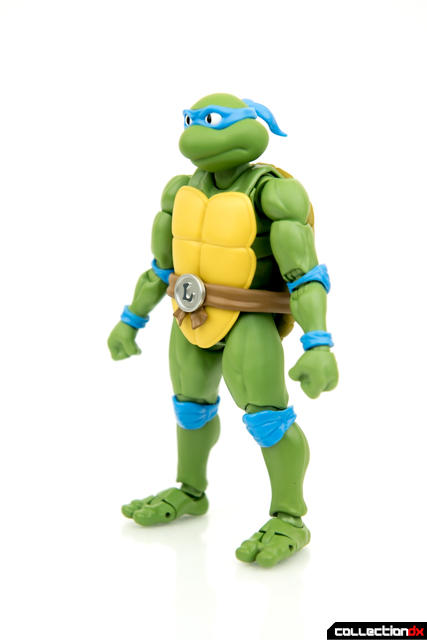 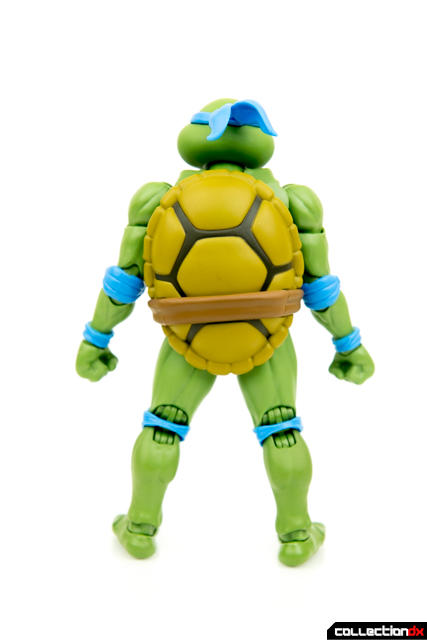 This is the kind of accuracy I was hoping for when I heard Playmates was releasing their Classics Ninja Turtles figures. Instead we got wonky-eyed, bowlegged, visible-joint-laden figures that were a letdown. 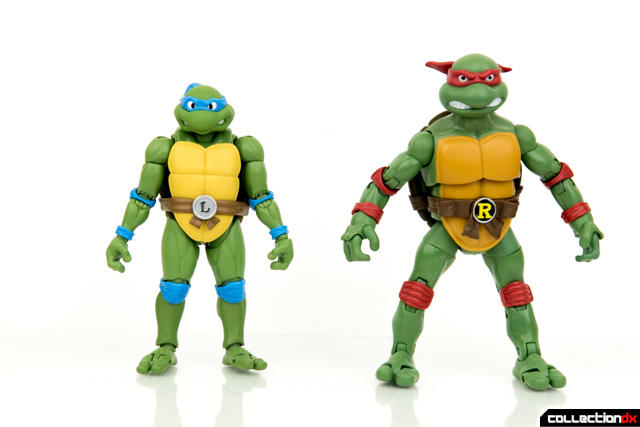 I only ever bought the Raphael figure, which was on clearance at a comic book store I visited while on vacation. 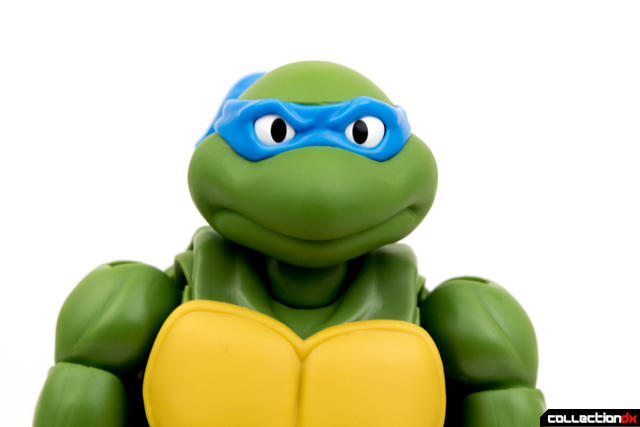 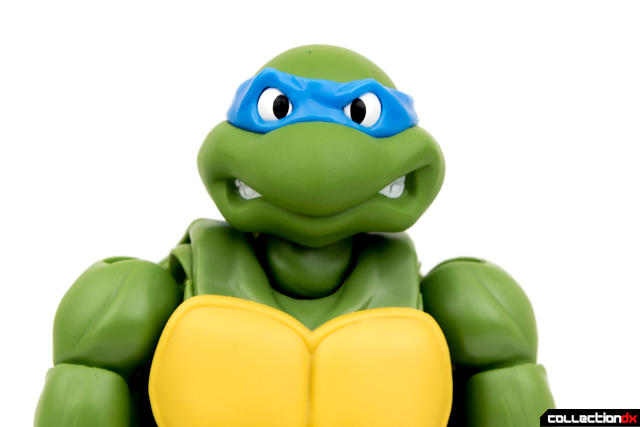 Articulation is superb on this figure. 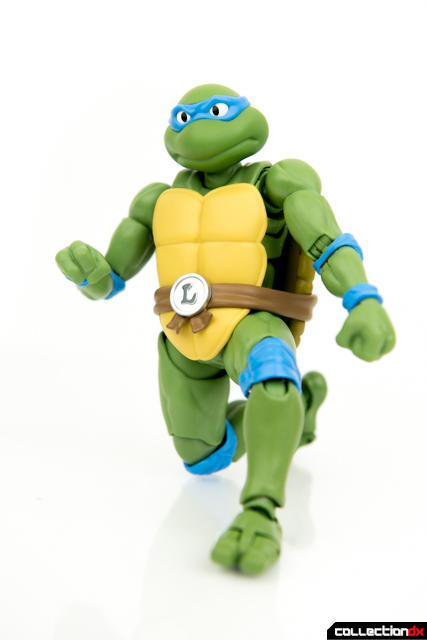 Although the body of the Ninja Turtles Figuarts are bulkier than the Super Sentai/ Kamen Rider bodies that are the large bulk of the S.H. Figuarts line, the points of articulations on the turtles remain much the same as the bodies of the Tokusatsu toys in this line. 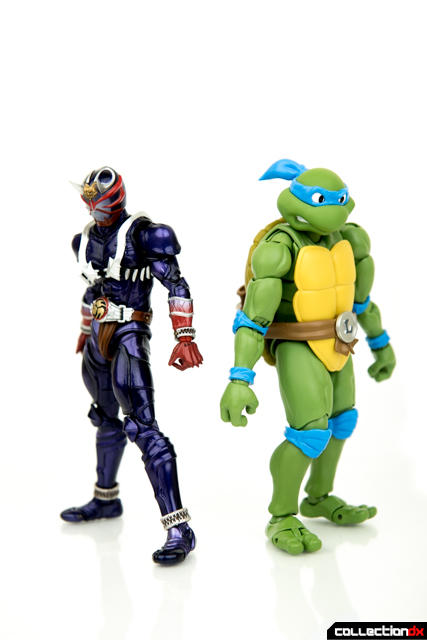 So besides the size, there was something very familiar to how the body of this toy moves. Double joints, swivels, ab crunch, hinges: they are all pretty much where I expected them to be. There is no pullout joint for the thigh, but I can see why they would skip this joint. The heavy weight of the body would probably put too much strain on such joints. Speaking of the heavy weight, Bandai has made everything below the knees made out of metal, to help balance the figures top-heavy design. 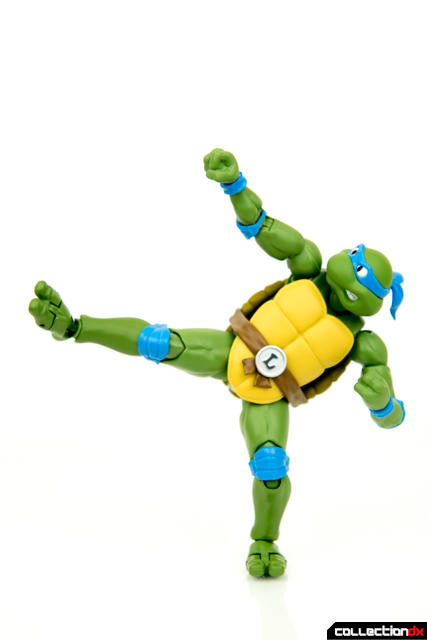 Another nice material choice was the decision to make the front shell of a soft rubber, so it can bend with the movement of the legs. 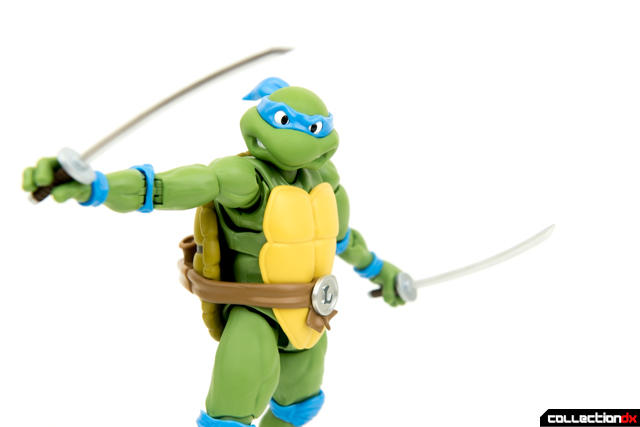 He also comes with an extra rear belt piece to accommodate storing the sword. 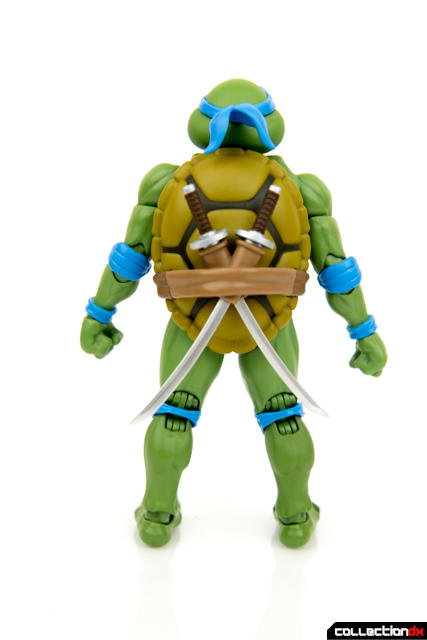 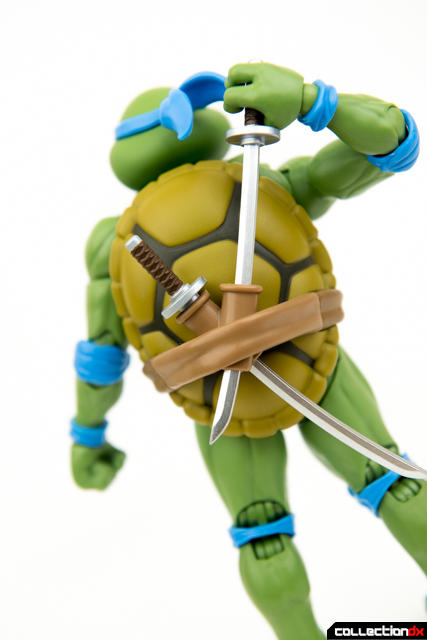 Finally, this turtle comes with a manhole cover. 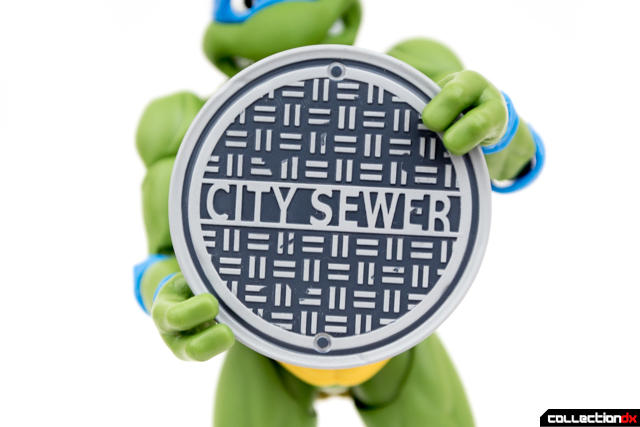 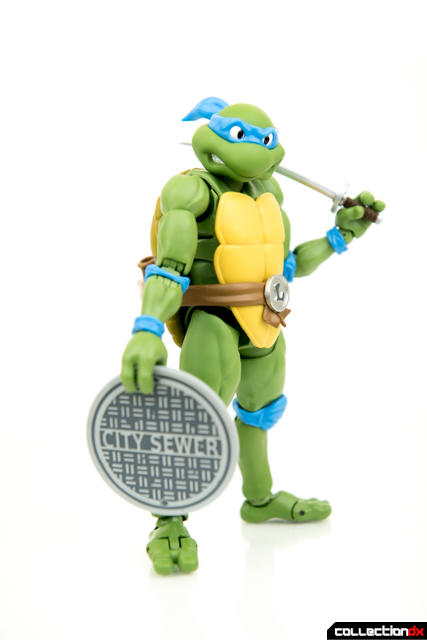 While light on accessories, Leonardo only needs his two swords to kick some butt, be it the Foot Clan or a brother that gets out of line. 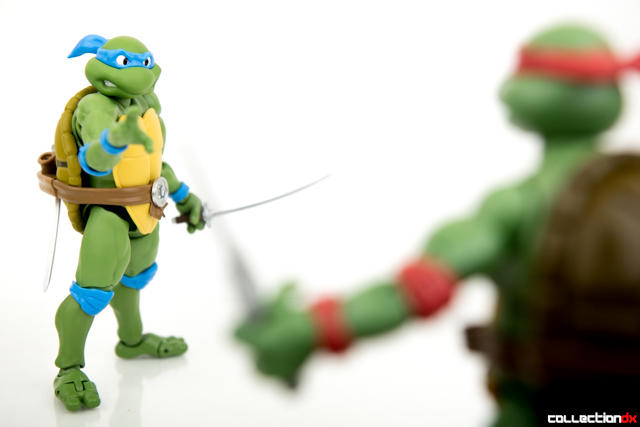 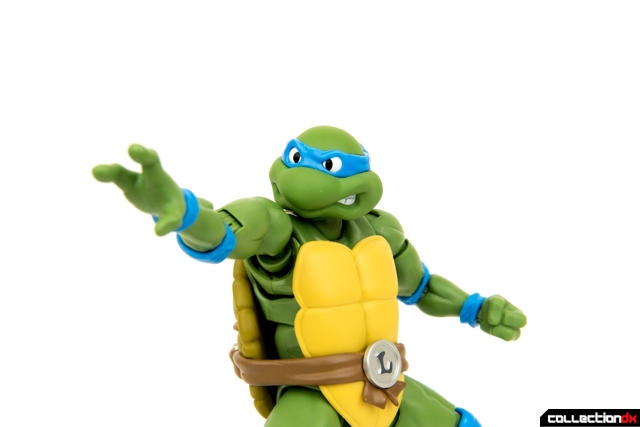 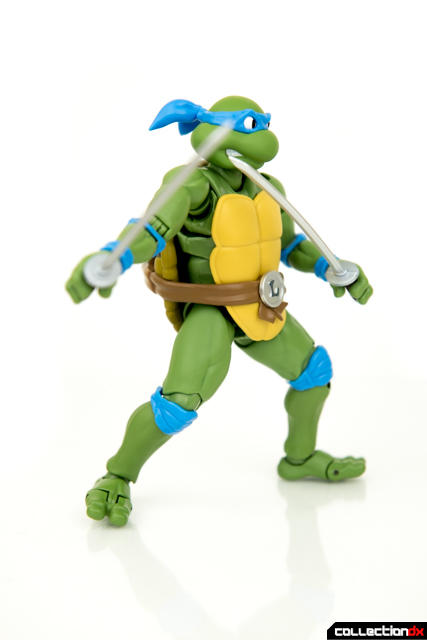 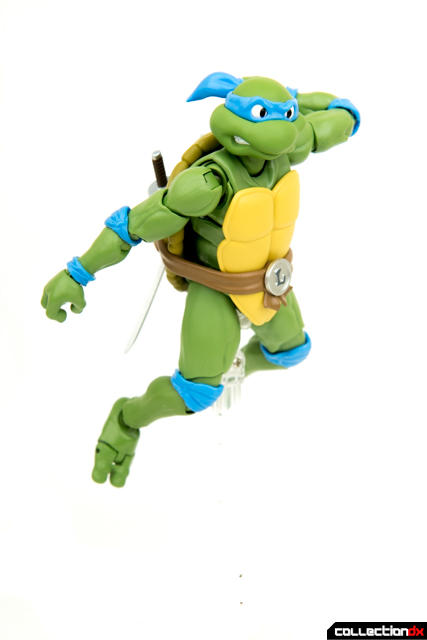 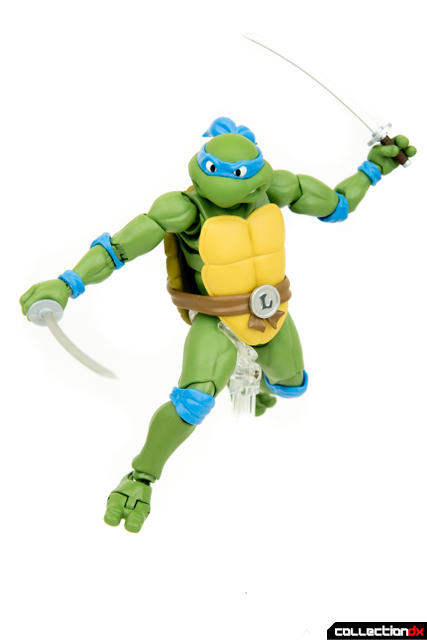 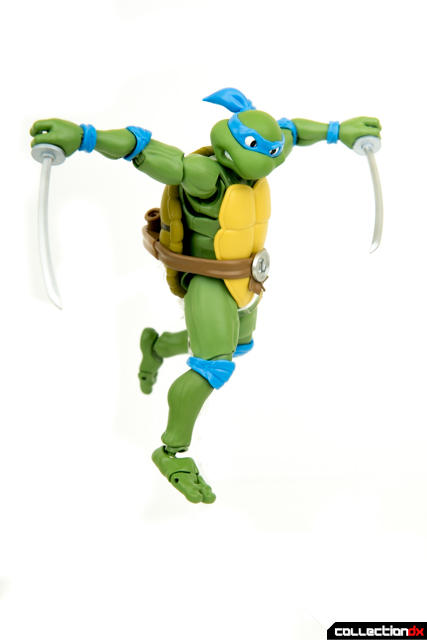 They look and move superbly. This is one fine figure in what I assume is going to be a great line of S.H. Figaurts figures. While the TMNT Classics left me wanting a better figure, this toy leaves me wanting the rest of the Turtles in the line. 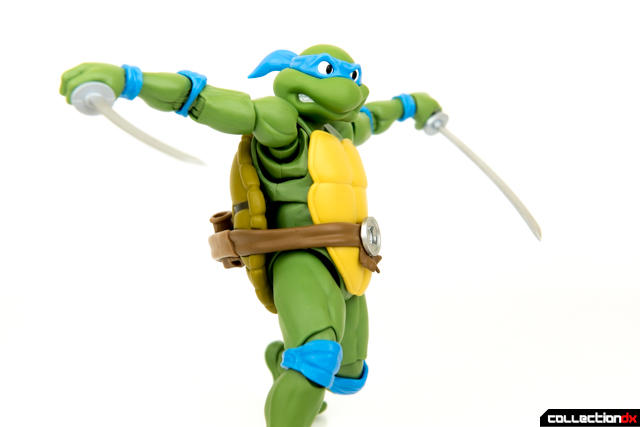