Celtic Predator is one of three Predators featured in the Aliens vs Predator film. 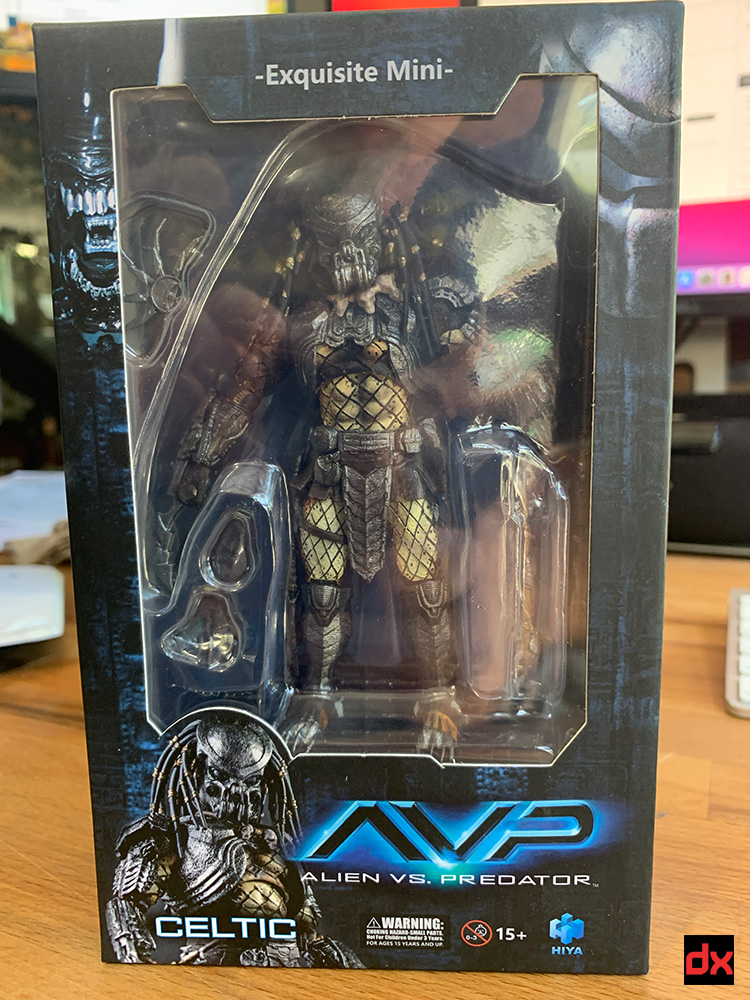 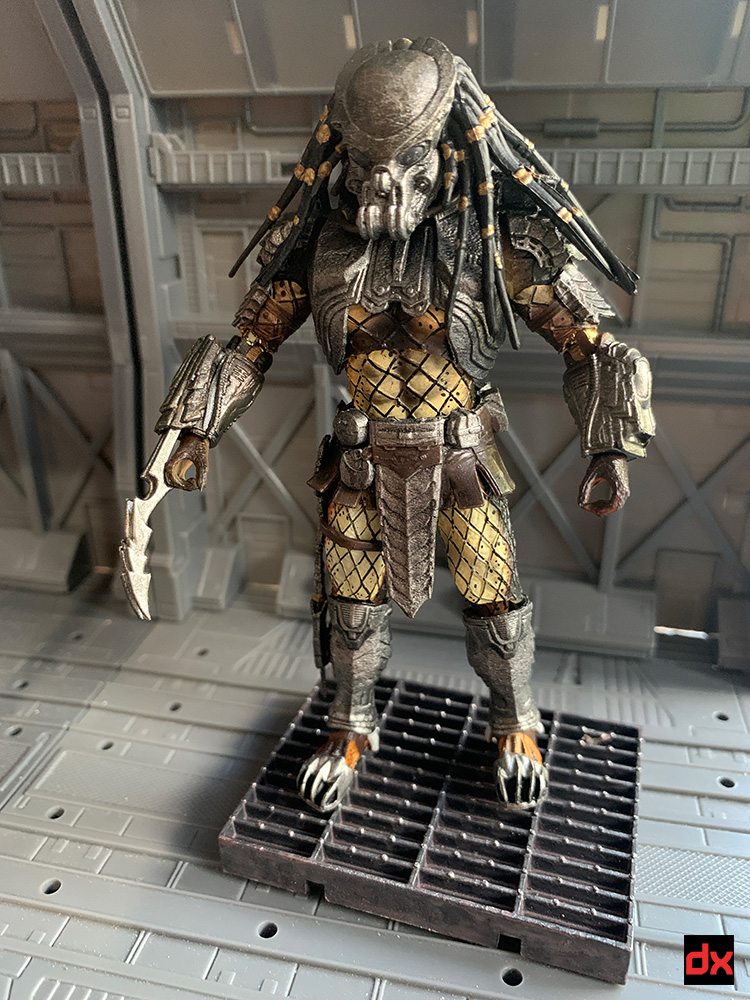 Named Celtic Predator due to the ornate knot-like detail on the mask, the figure is one of the newer body styles that Hiya has been using for the Predators. This means enhanced articulation, but still no toe joints. 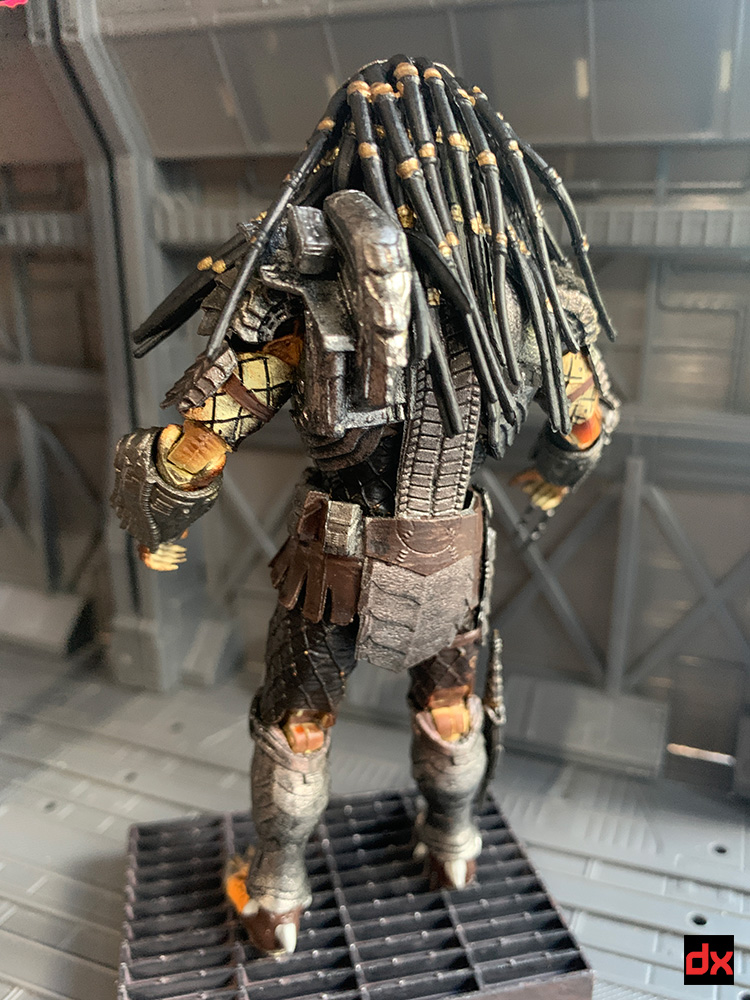 This figure features a nice flexible armor over the inner skeleton. This design omits the shoulder cannon and substitutes it with a large double bladed forearm weapon. 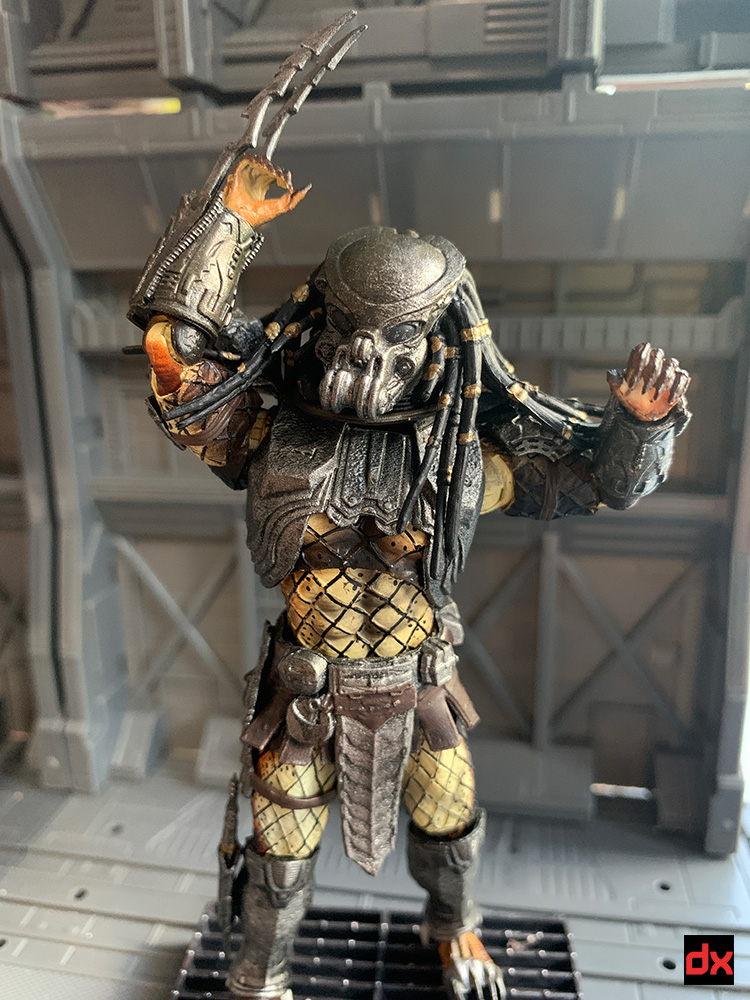 The double-jointed elbows give a nice range of motion. The shoulder armor inhibits movement a bit, and the figure really can'd do much with the legs due to the lack of rocker ankles.

There's a tiny removable dagger that slides into the holder on the right leg. 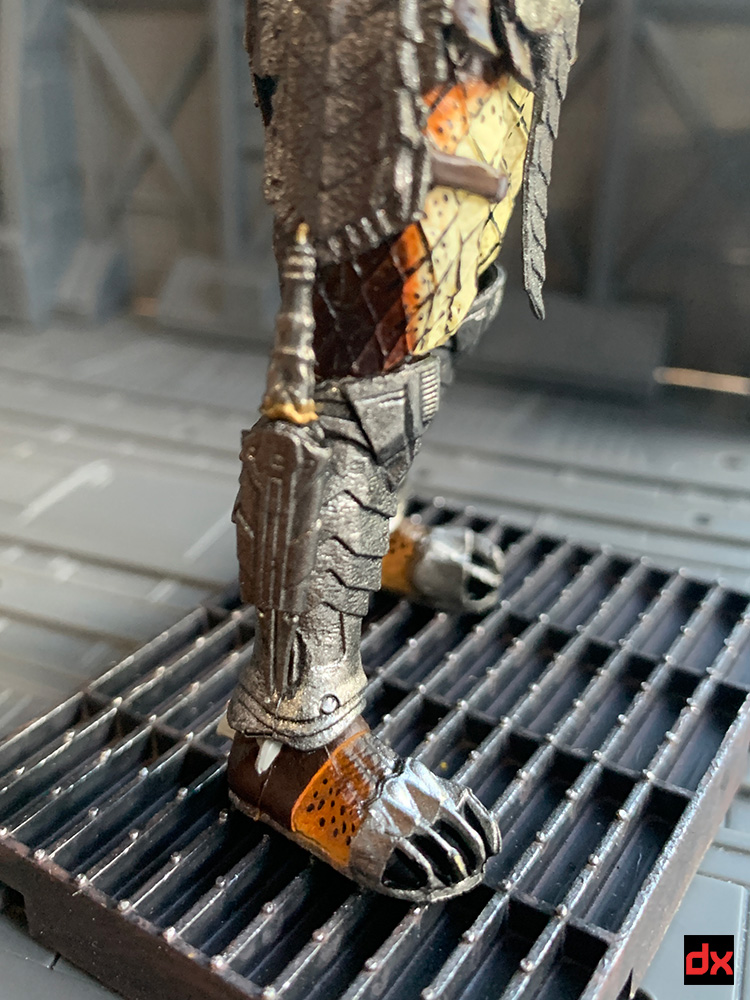 The legs actually do have a nice range of motion, you just can't make him stand when doing them. Get a nice stand though and it opens up the options. 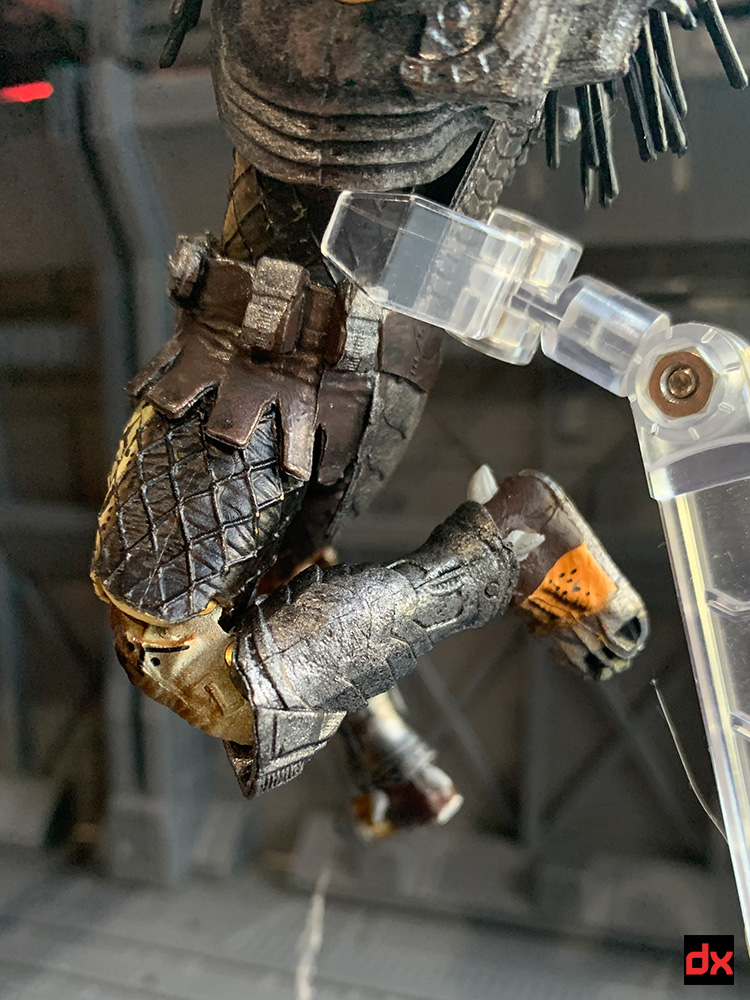 This pose was a miracle to pull off. 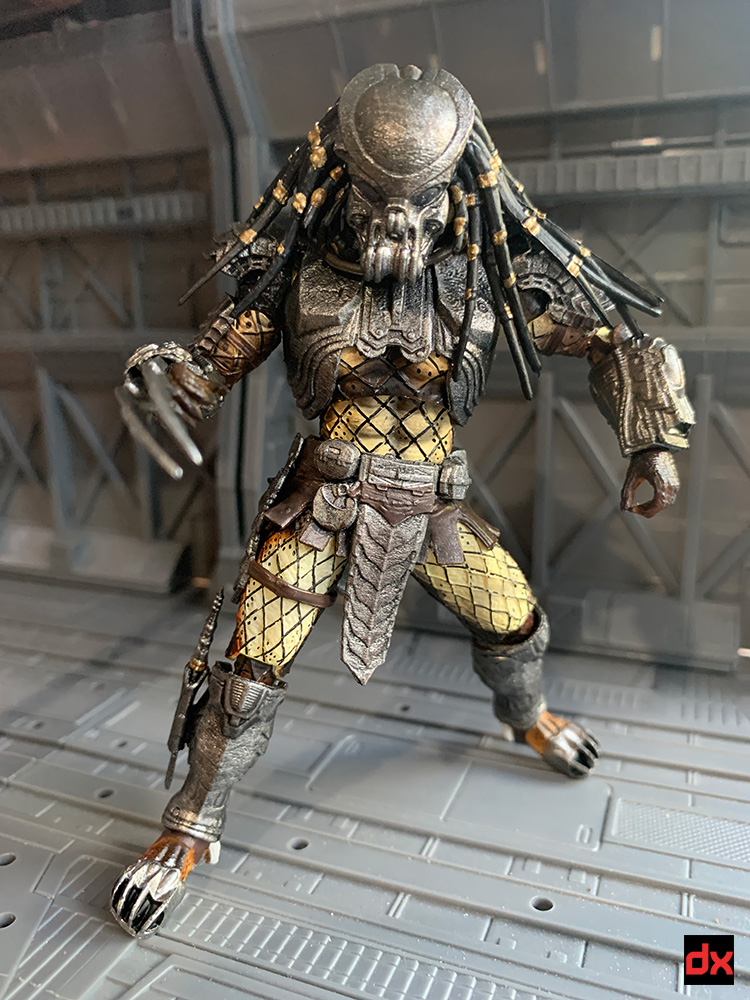 The Celtic Predator's spear comes in open and closed versions. 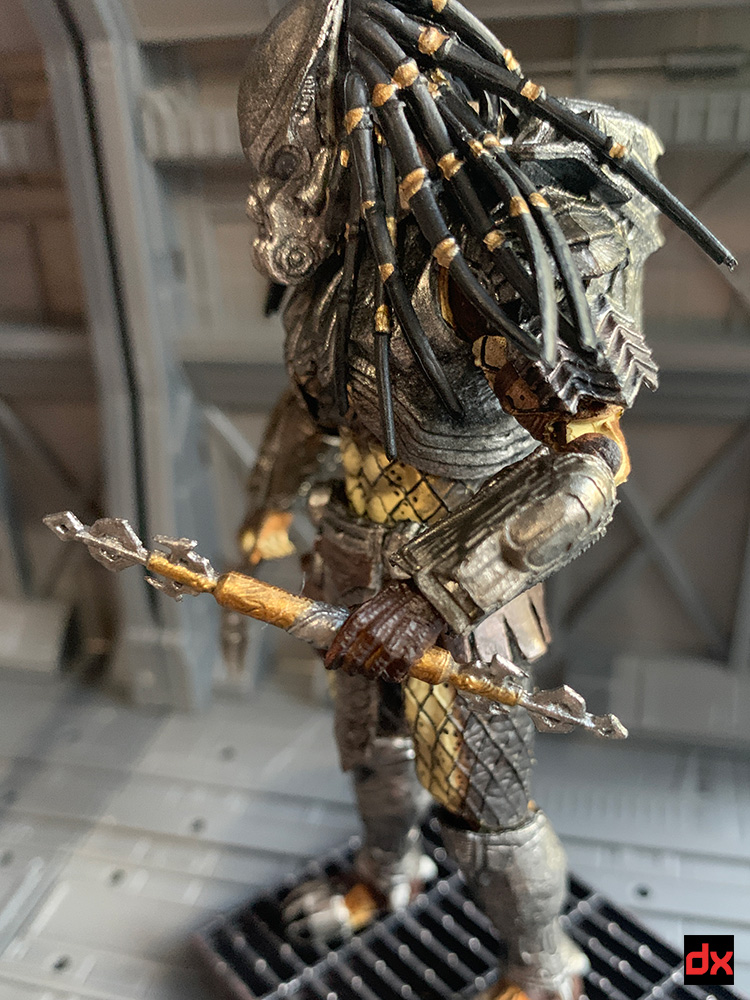 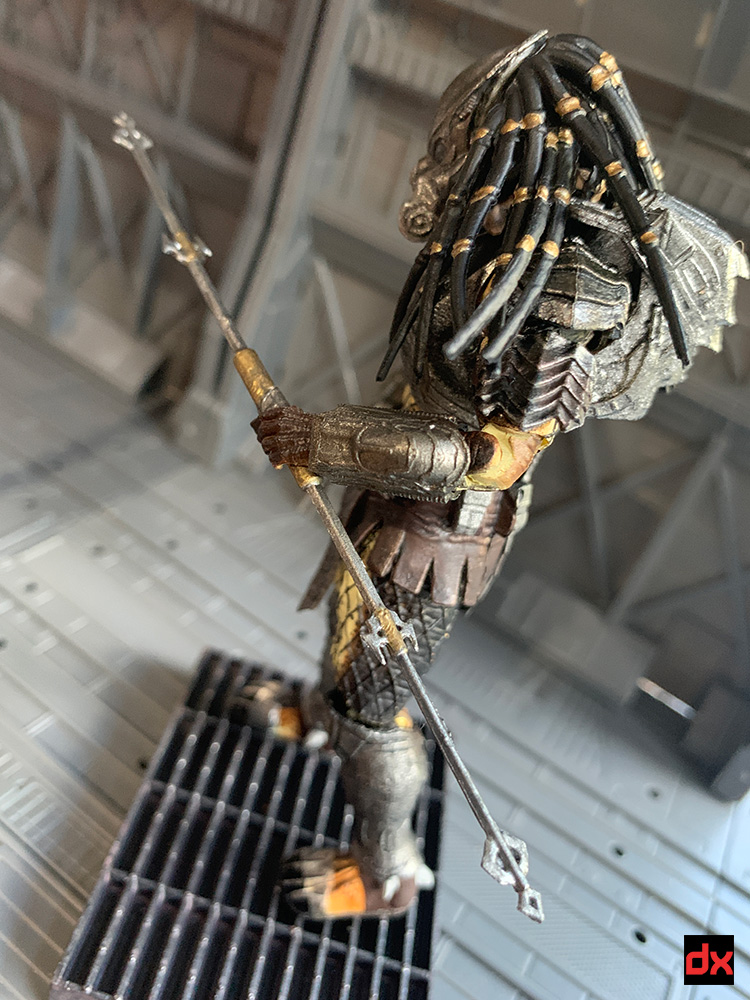 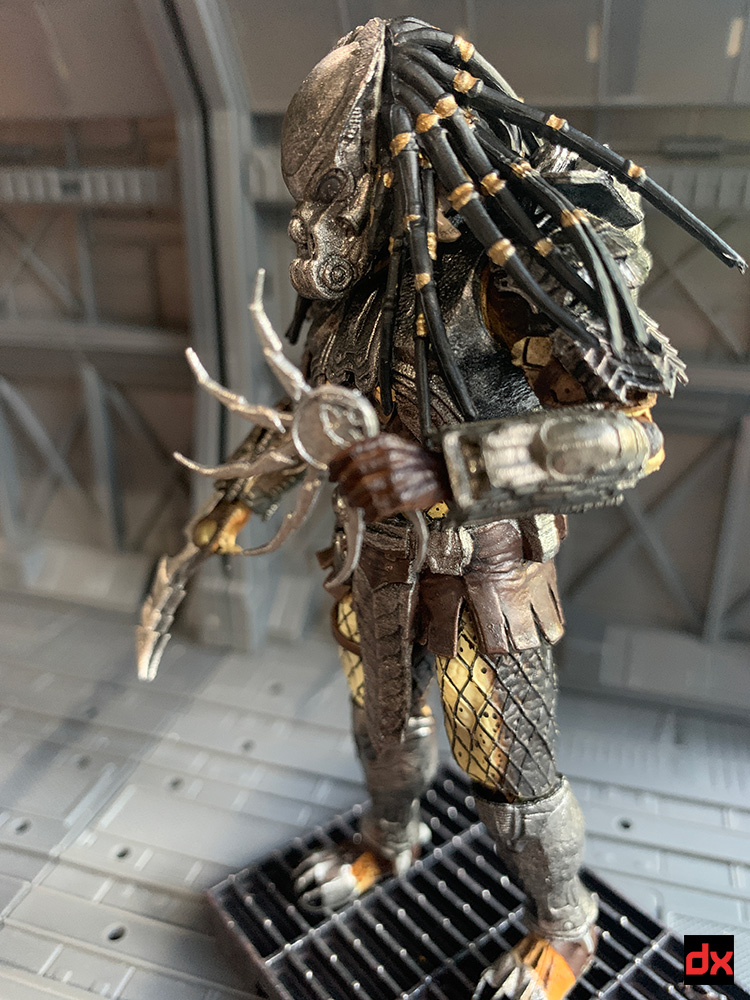 I had no QC issues with this figure at all. The paint and sculpt detail are remarkable in a figure of this size. Really, the only thing they have left to do to make these figures stellar is to 1) either make the hands easier to replace or just omit them entirely and 3) give us some rocker ankles already!