Super Truck Bot was probably sold in dollar stores in the late 90s / early 2000s. It's got that Leader Shine look to it. There are a bunch of off-brand toys that look similar to this guy, but what makes him interesting is that he's basically the same size and transformation as the G1 Optimus Prime. The parts are all new, but the transformation is instantly familiar 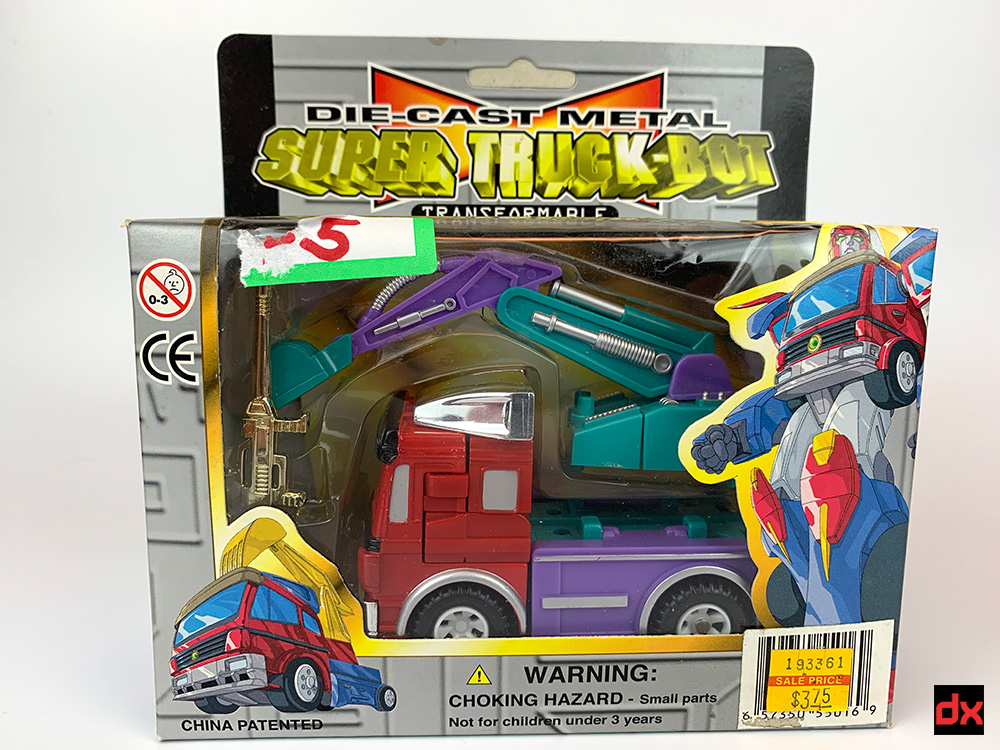 The box is nice and glossy. I've never heard of Flying Dragon Toys before, but the toy is of original design and good quality. 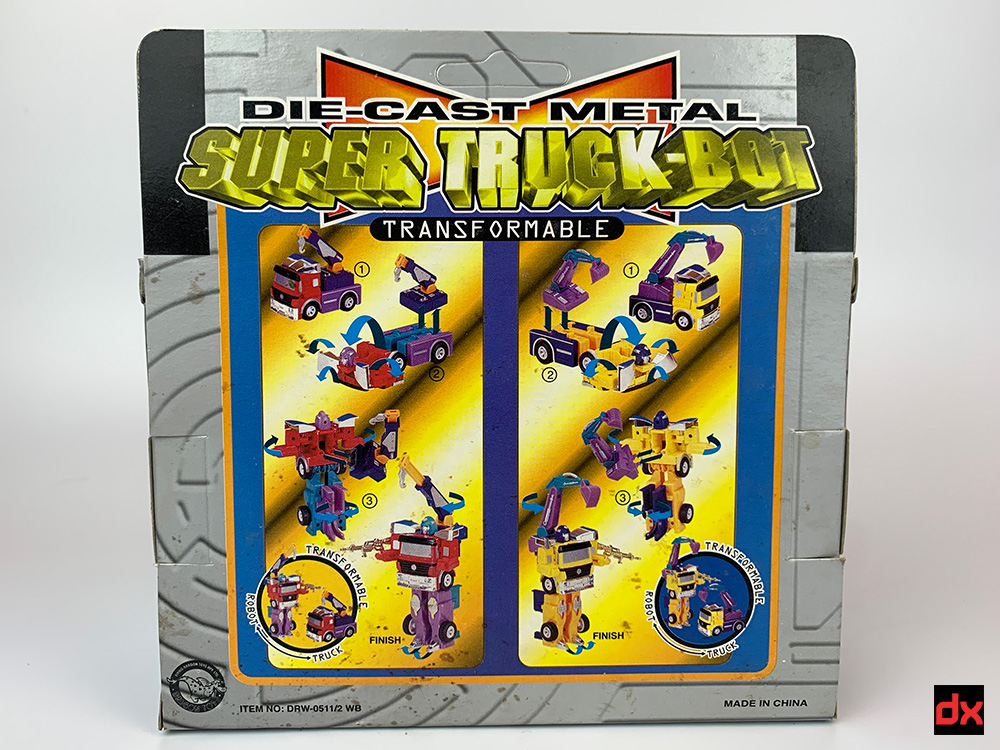 I think the accessories were mix and match between the two as mine has the yellow one's dump claw. My guess is that this is the right accessory, and that the packaging is wrong. 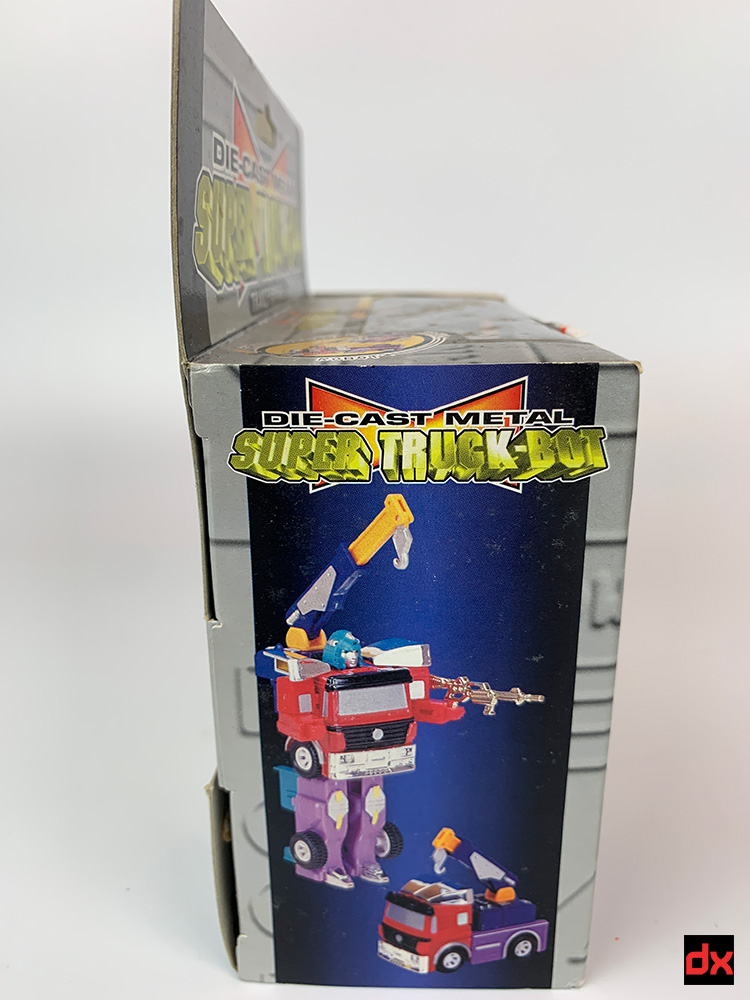 In truck mode, the thing is pretty solid and hefty The entire front of the cab is diecast metal, and the rest is solid, high-quality plastic. It rolls well across the floor and just feels good in the hand.

The bucket arm attaches via four peg holes on the back, but of course one of them does not want to line up. 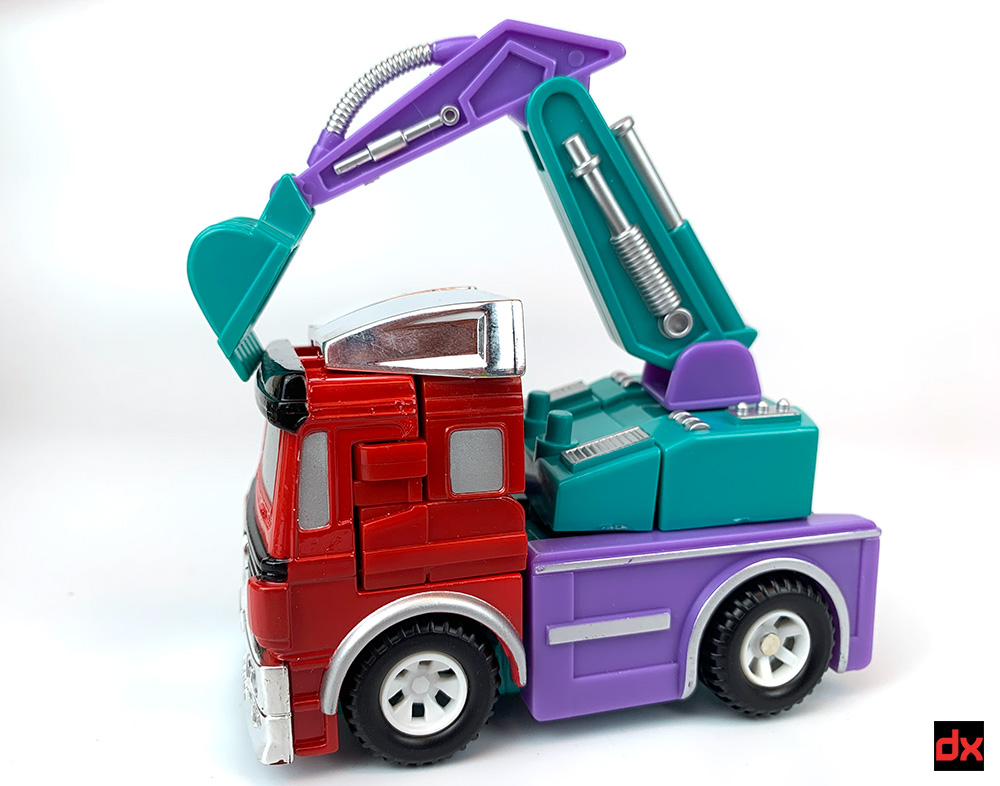 The bucket can rotate and has 3 points of movement. 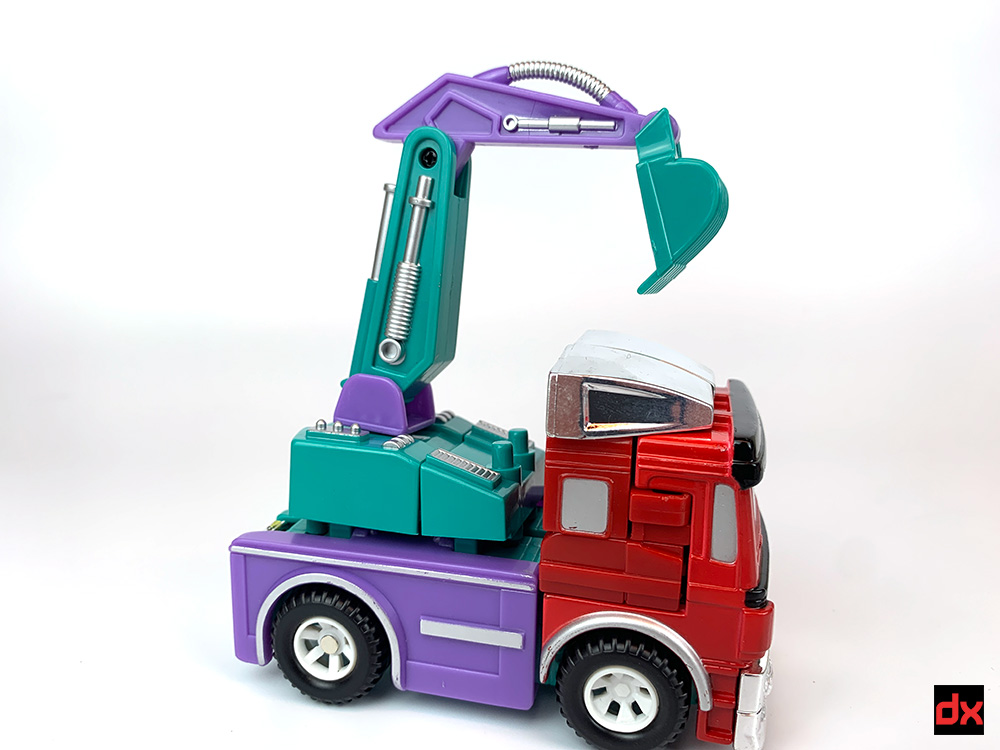 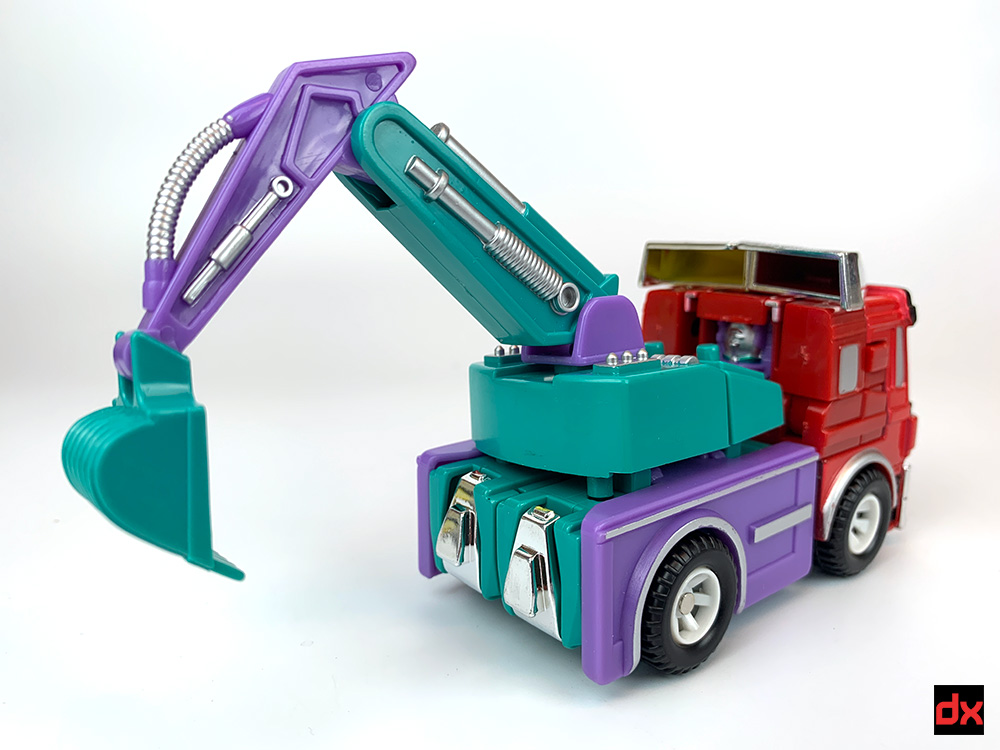 In robot mode, he transforms just like G1 Optimus Prime. There are actually a few improvements over the original design here, such as the extending fists, and flip out toes. The elbow joints are super tight, so be careful. Also, the packaging shows the chrome bits turned out but this inhibits the arm movement, so I turned them this way and the arms move fine. The gold chrome gun fits snugly in the hand. 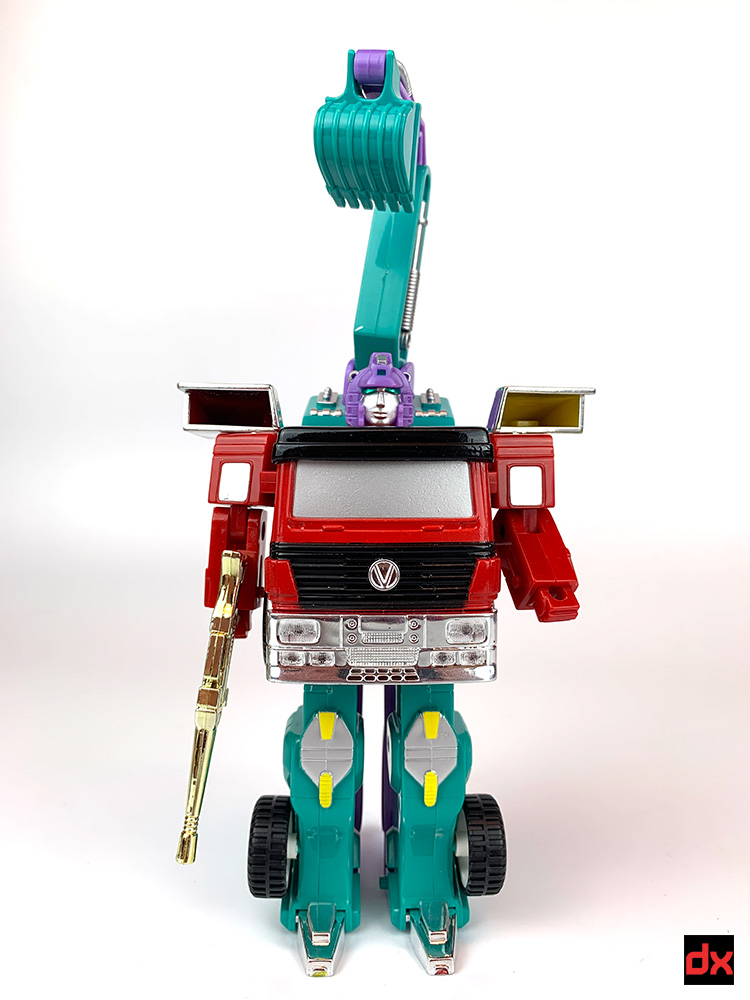 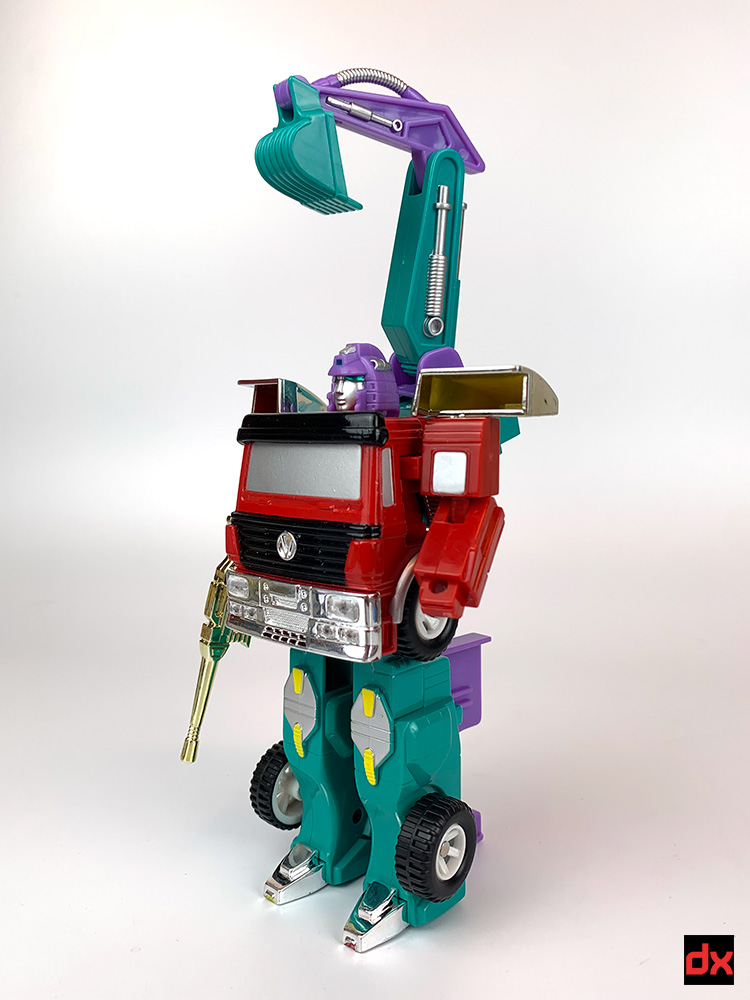 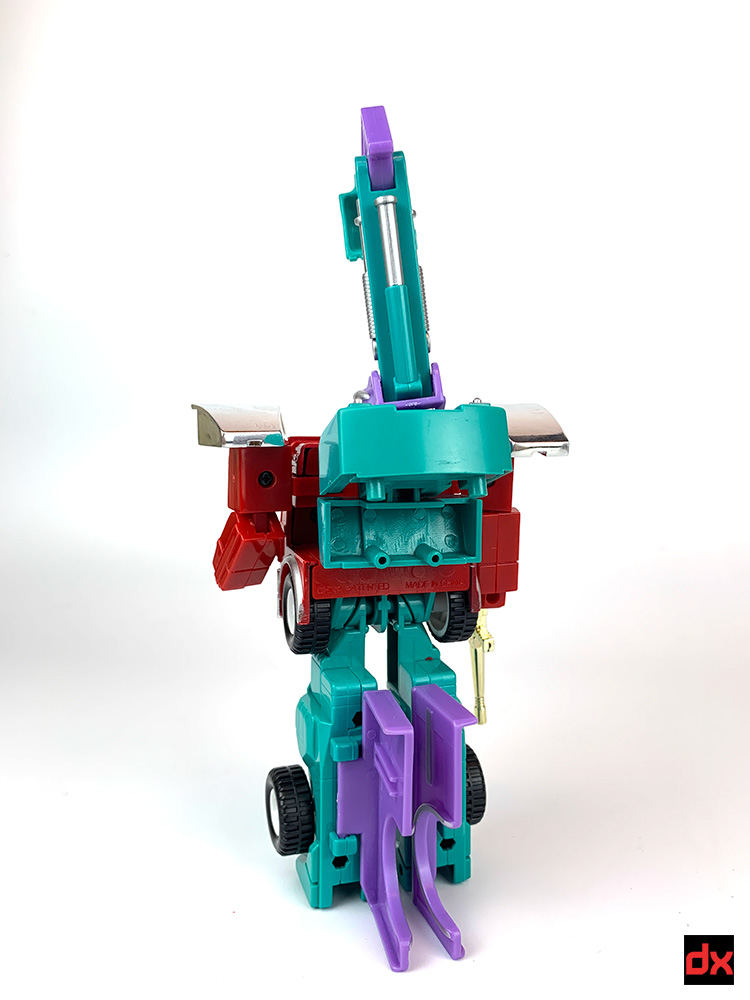 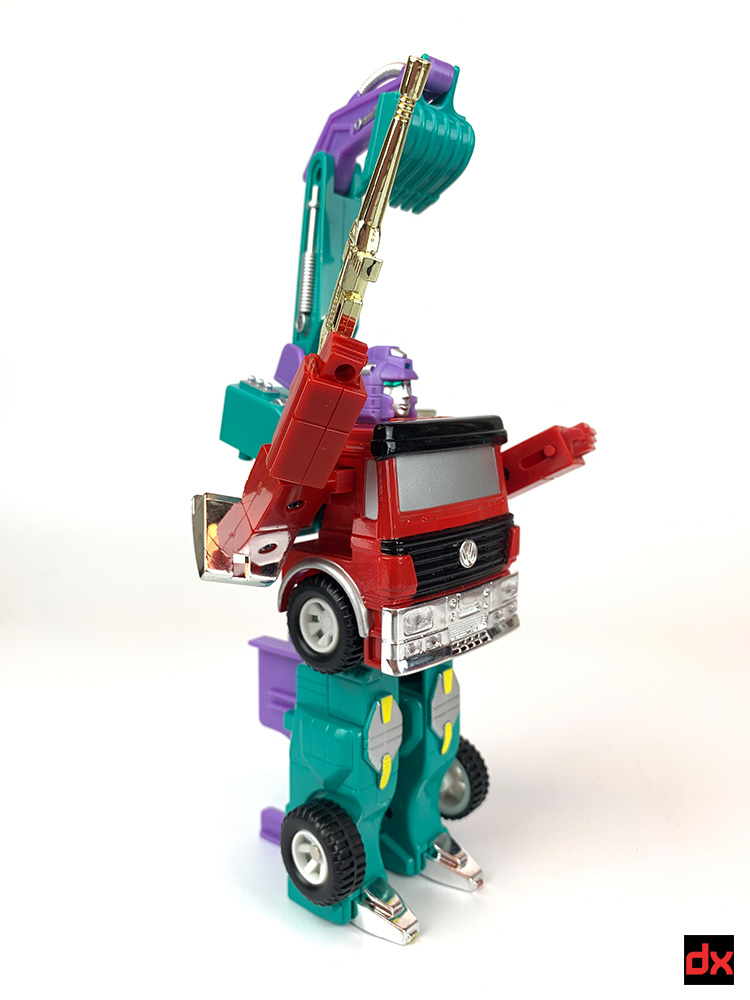 Overall, it's pretty solid and much better than I expected it to be. 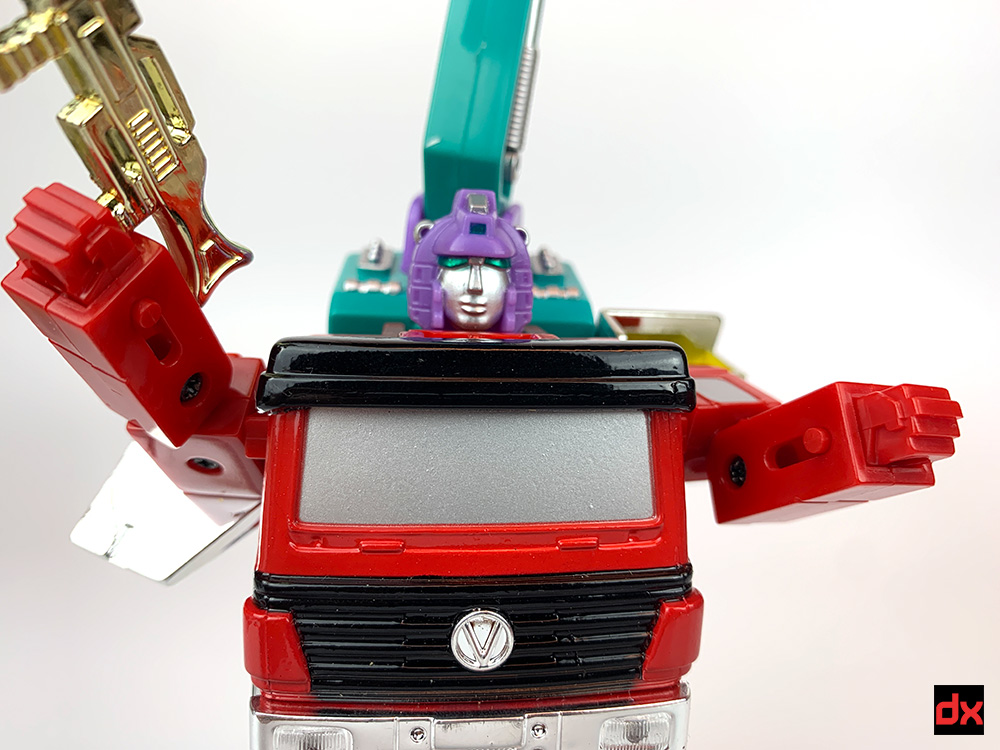