The problem with the whole idea of build-a-figures is that it makes you go out and buy figures you otherwise wouldn't, like this piece of crap. 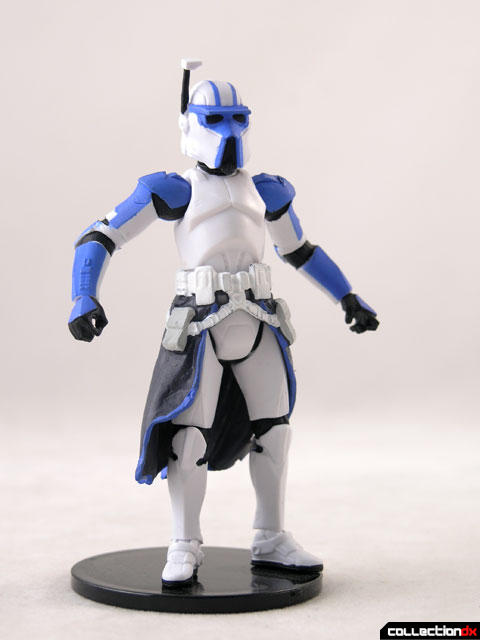 Okay, maybe that's too strong. It's not crap, it's just not great.

The Clone Trooper (Heavy Gunner)is as shown in the Clone Wars animated series (the first one). The interesting thing to me about this series of figures is that although they are based on appearances from the stylized animated Clone Wars cartoon, the figures are designed to look like their live-action counterparts.

The big flaw with this figure here is the overall fit and finish. The blue paint is sloppy, the guns are bendy, and the thing doesn't like to stand.

So first let's talk about the gun aka the "Quad Cannon". The Quad Cannon attaches to the figures back and then the cannon swivels up and over the characters shoulders where it can be held with both hands. The cannon makes the figure front-heavy, and falls over, hence the use of the stand in the photos (stand not included with figure). 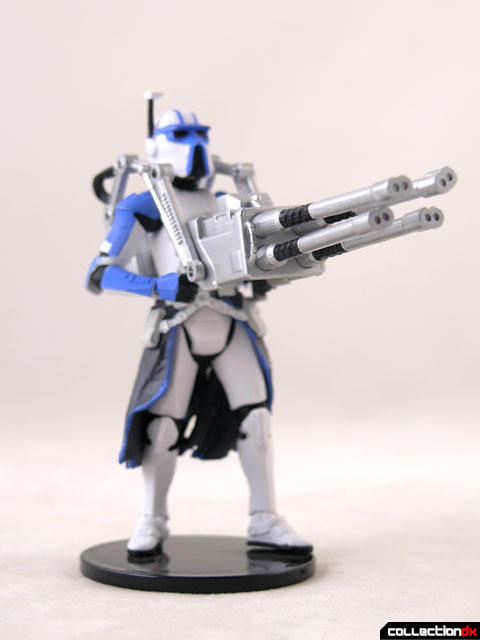 You can get it to balance with zen-like patience. 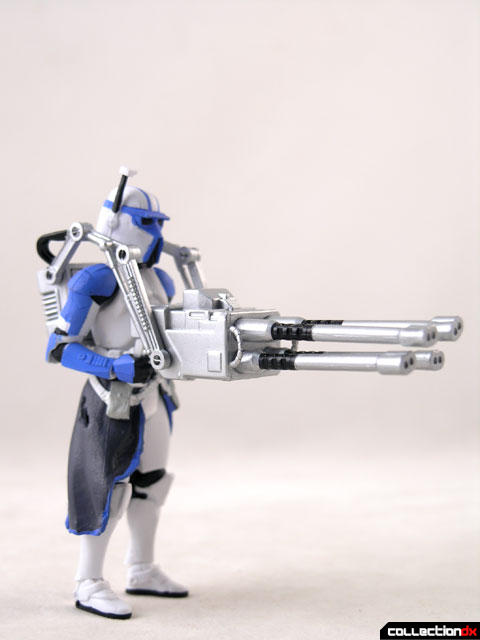 The cannon can disassemble if you like, although I don't see the purpose of it other than to allow things to get out of whack. When I opened the package the ends of the cannon were all in different directions, so you will likely need to rearrange them. 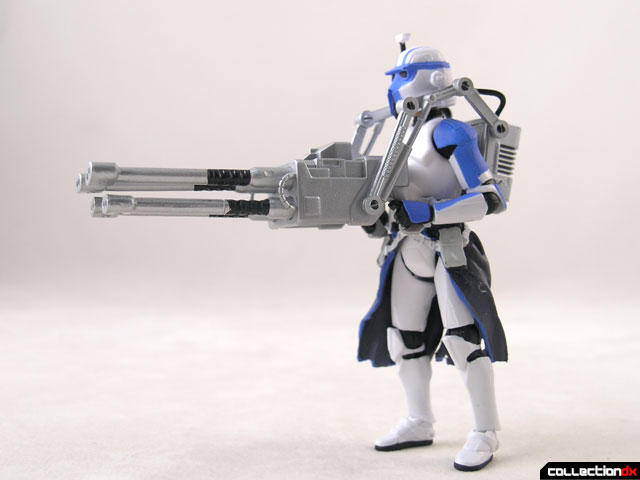 The cannon also can swivel around to be kind of stored on the back, but it looks awkward. 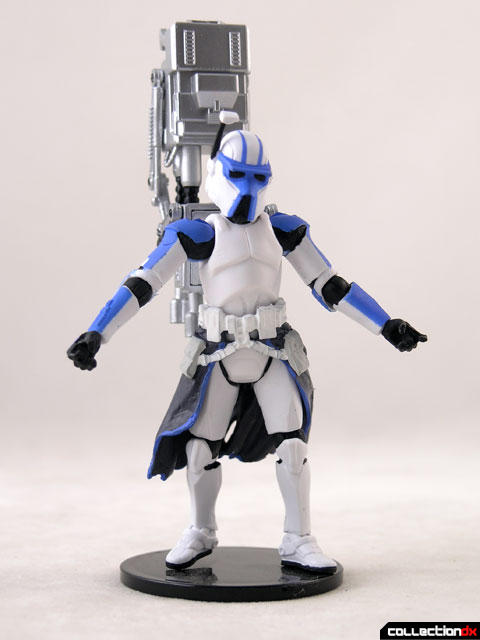 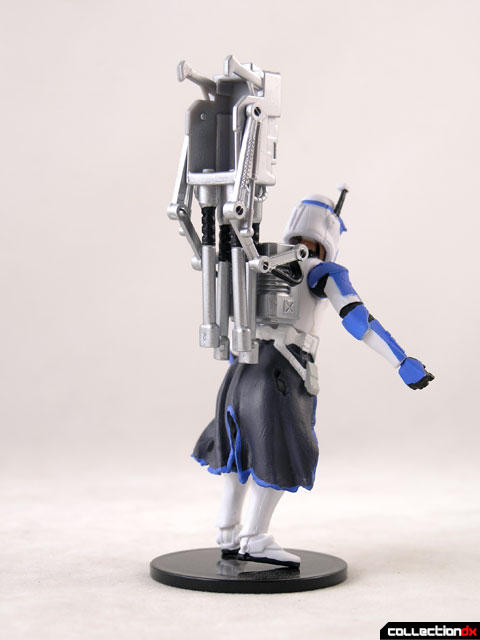 As far as the figure goes, articulation is fine, and you get a removable helmet, so that's not too bad. But the helmet is rubbery with poor paint applications. 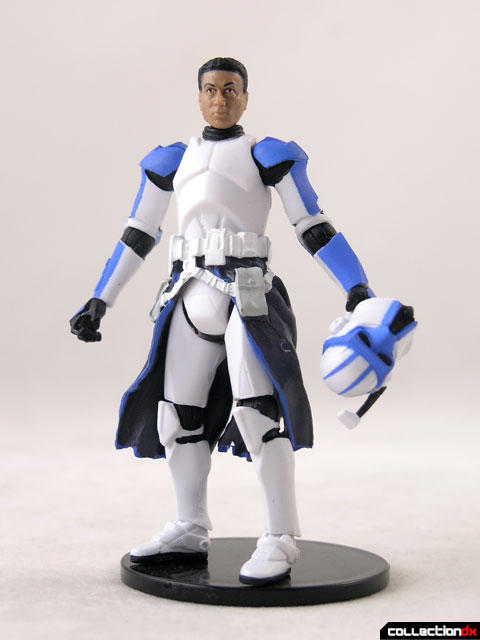 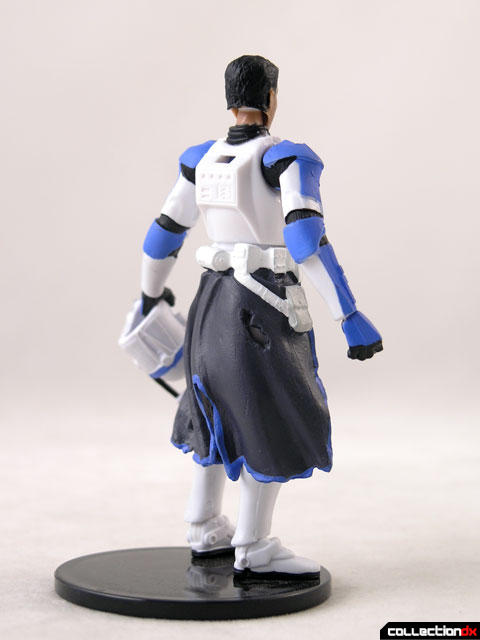 Basically, I just bought this for the build a droid part. Your mileage may vary.