Sometimes I buy dumb shit. I come across it unexpectedly, and then I buy it purely because I haven't seen it before, and I feel the need to share it with the world. Then I get it, I review it, then... now what? Back in the box it goes I guess.

Make no mistake, the Robotic Jet is a terrible toy, and any kid who got one would have been dissapointed. It's ugly, fragile, and overly large. But it somehow escaped my radar over the years, despite the on-point 80s bootleg Transformer branding. Lets take a look.

The box is big - about 12 inches tall, and it's got both the mandatory grid background and chromed out letters that any 80s bootleg robot should have. There's a nice window on the front, with colorful illustrations all around. No maker is listed, just Made in Taiwan. 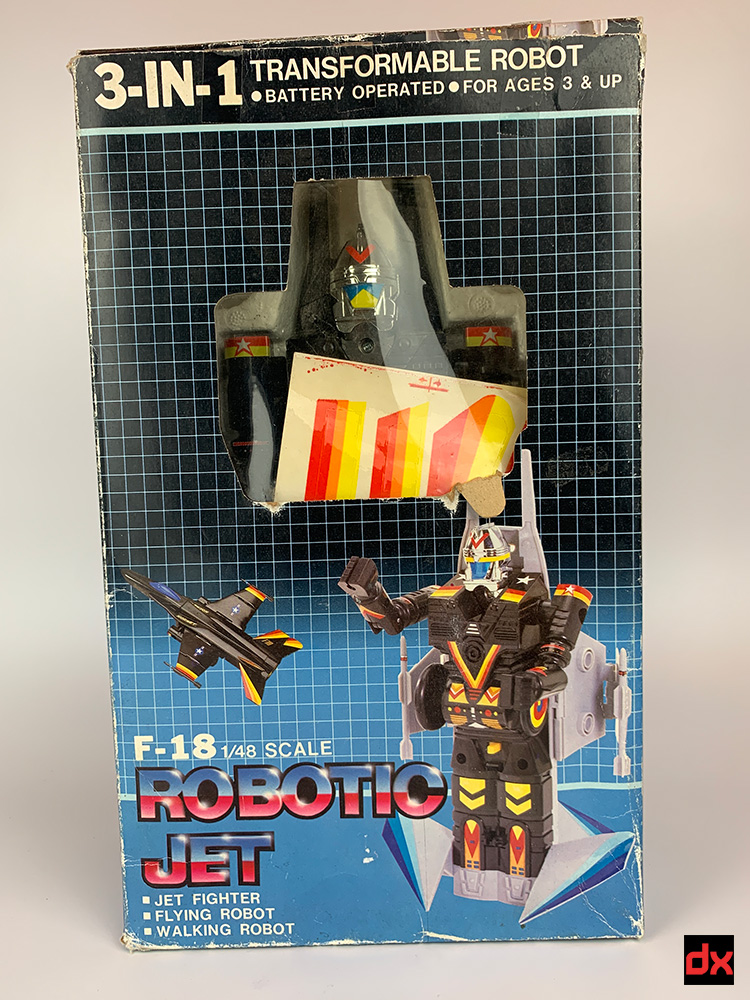 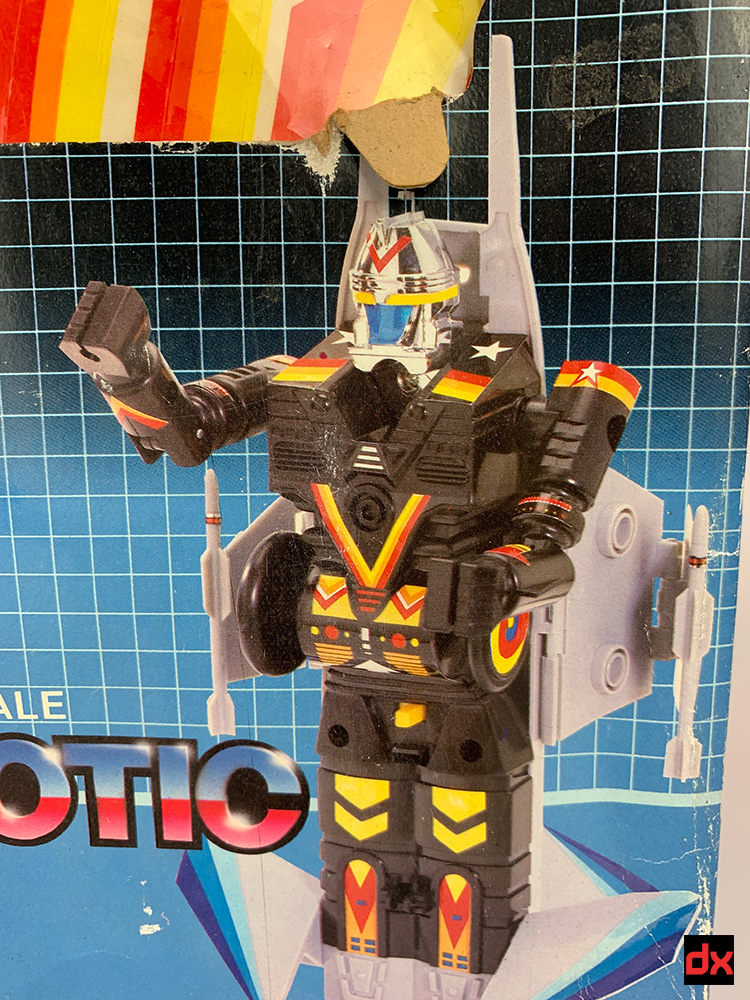 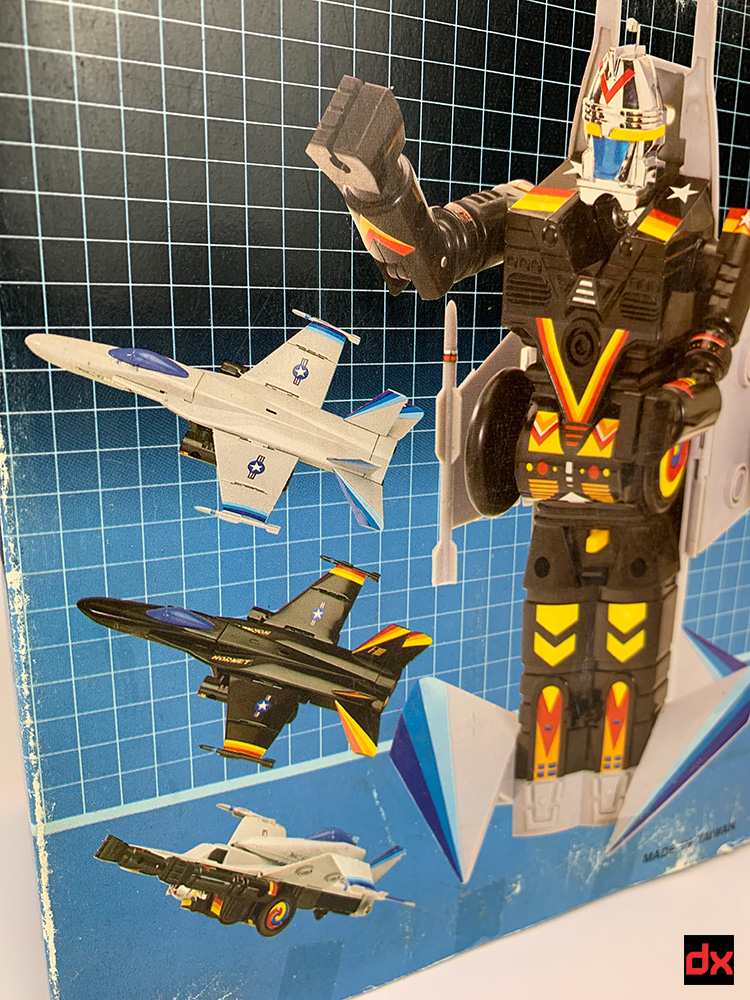 According to the package, it comes in both black and grey jet modes. This one is black.

My robot was broken in the package. Both of the tall black fins had broken off, so I repaired them with super glue. 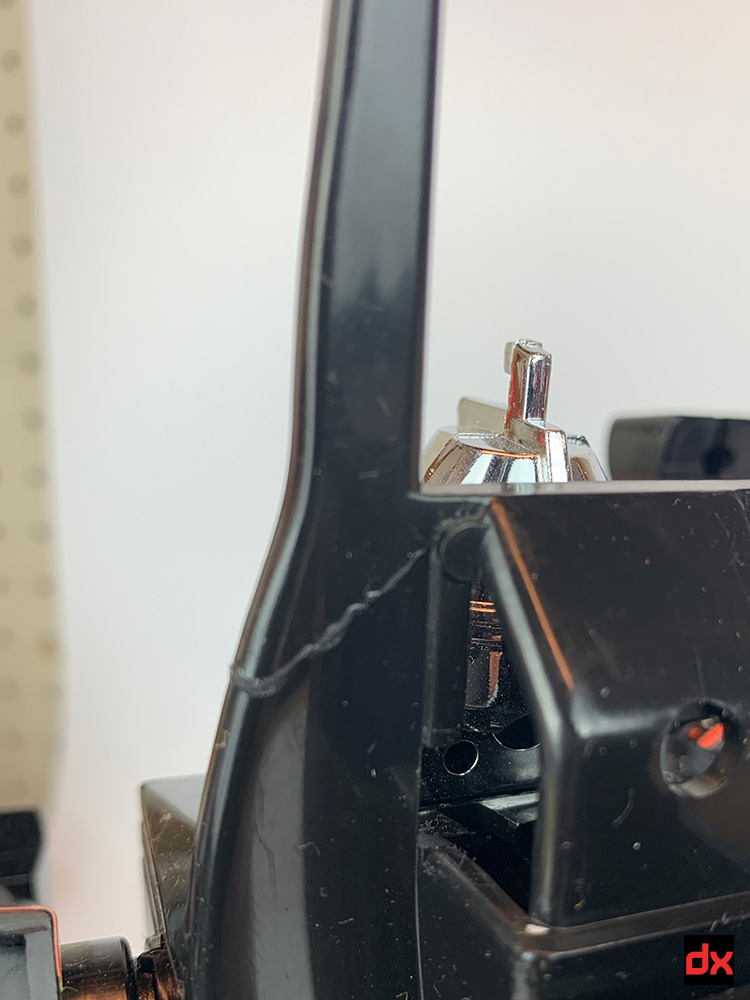 The plastic overall feels super fragile, so be careful if you get one. It's also ugly as sin. The big buying point for me was the head though - that's Godmar's head. It sticks out like a sore thumb, and there's a weird void in the chest below it, so i'm guessing this toy had another mold with another head at one time. The battey operation no longer works, but basically, 2 AA batteries fit in the legs, and when you switch it on it would roll on its feet. In Jet mode, it would roll on the ground by the two large wheels on the chest. 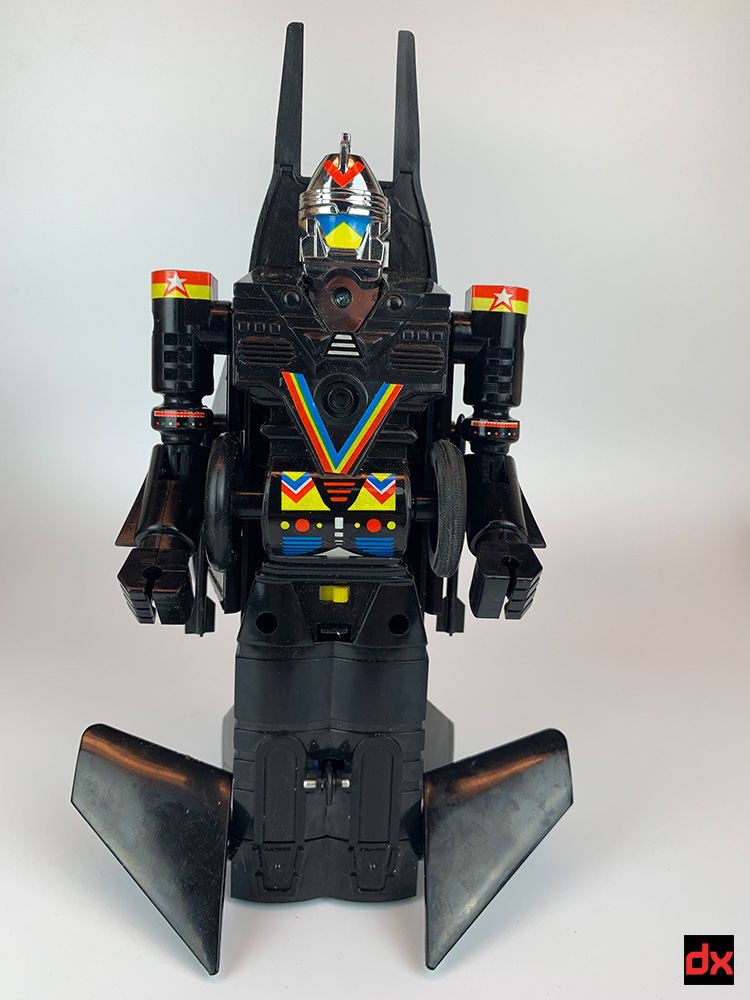 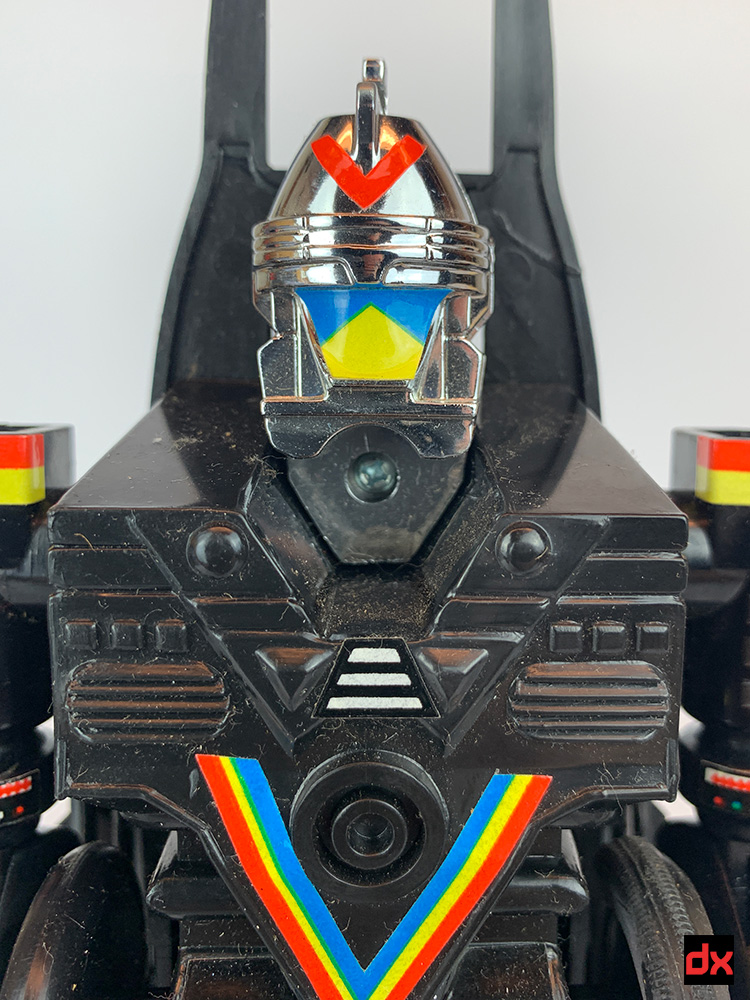 The arms move at the shoulders and elbows. 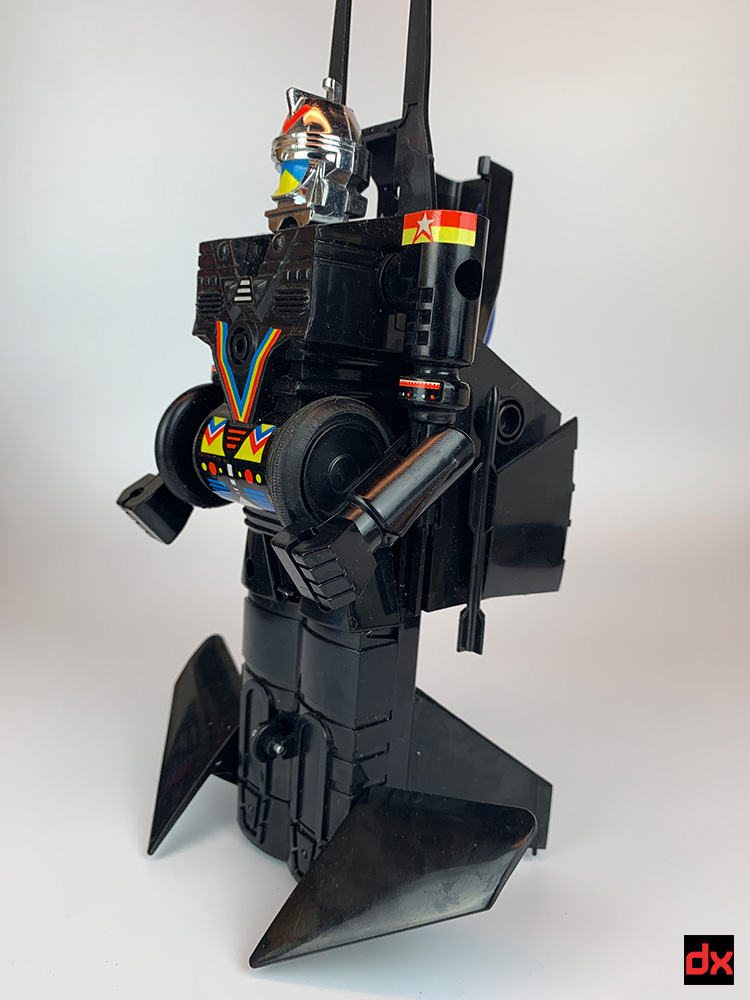 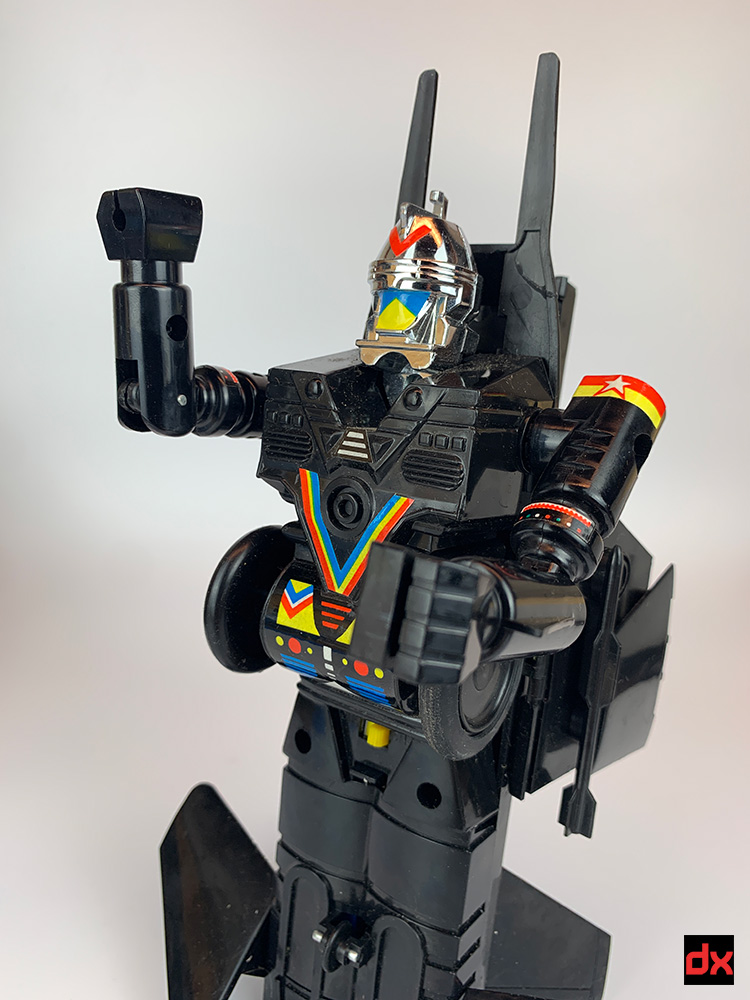 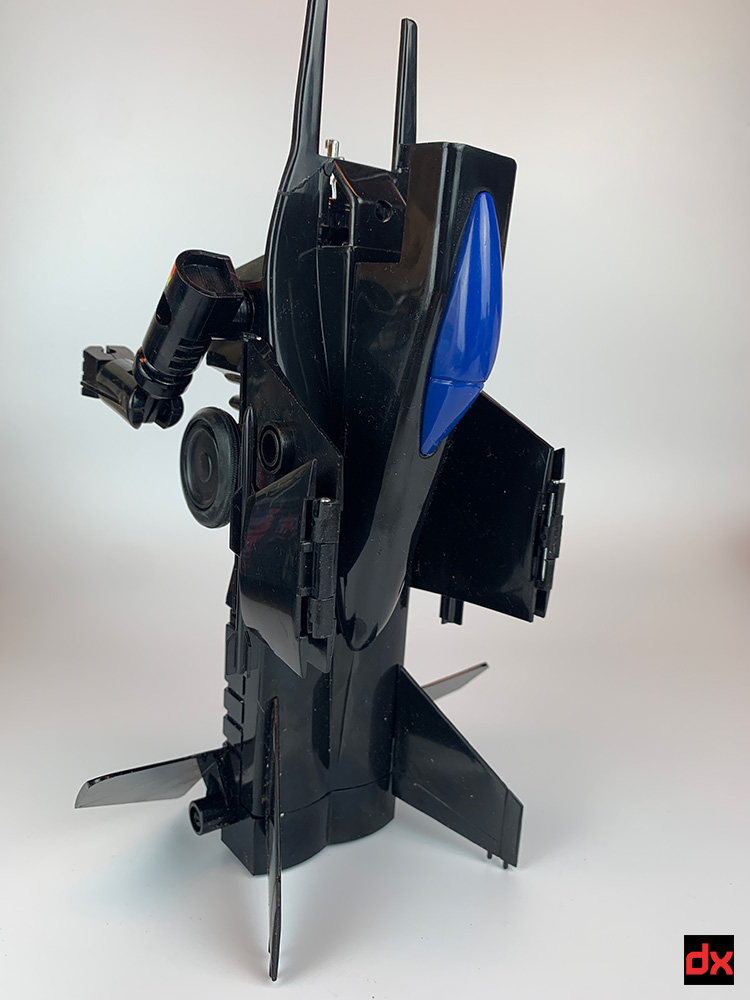 Basically, spread out the wings and put the arms forward and you have the lazy-ass mode that is Robotic Jet. 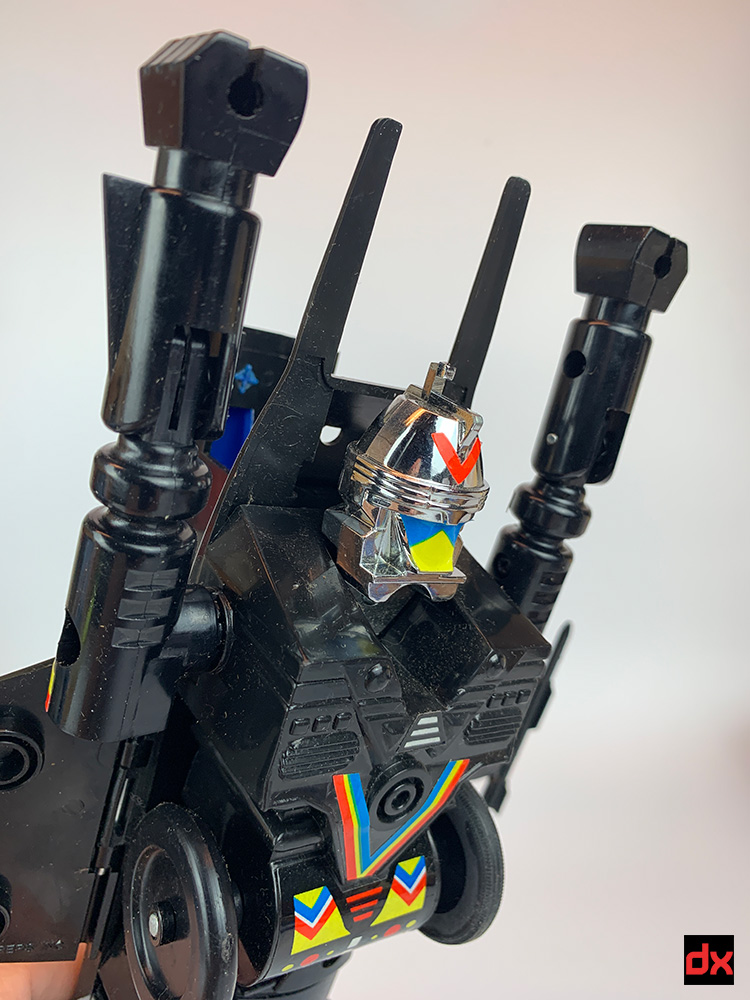 This mode is actually the best of the bunch, and it's a rather large, 1/48 scale f-18 fighter jet. There are a bunch of stickers included that I haven't applied because I think it looks better without them. The jet mode is sleek and rather convincing, as long as you don't look underneath. 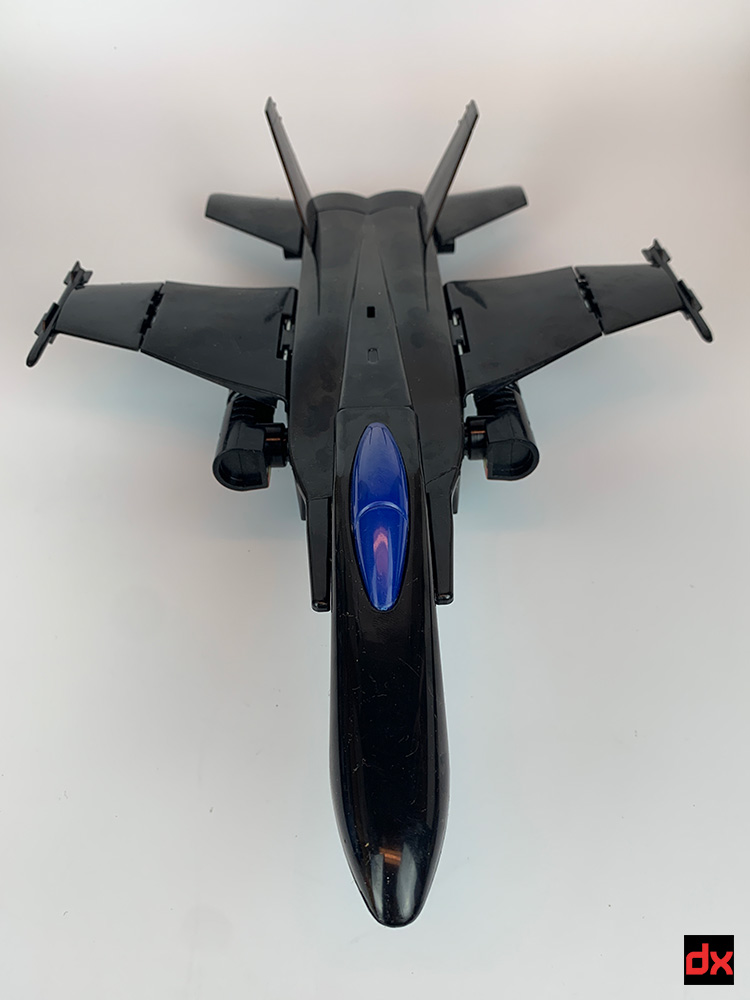 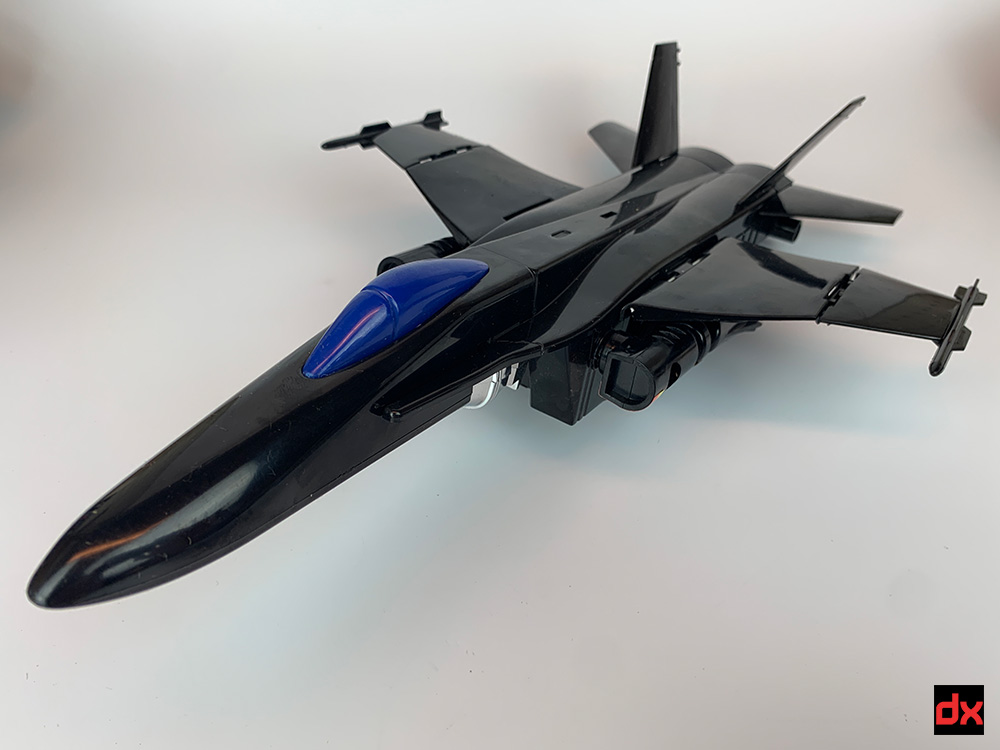 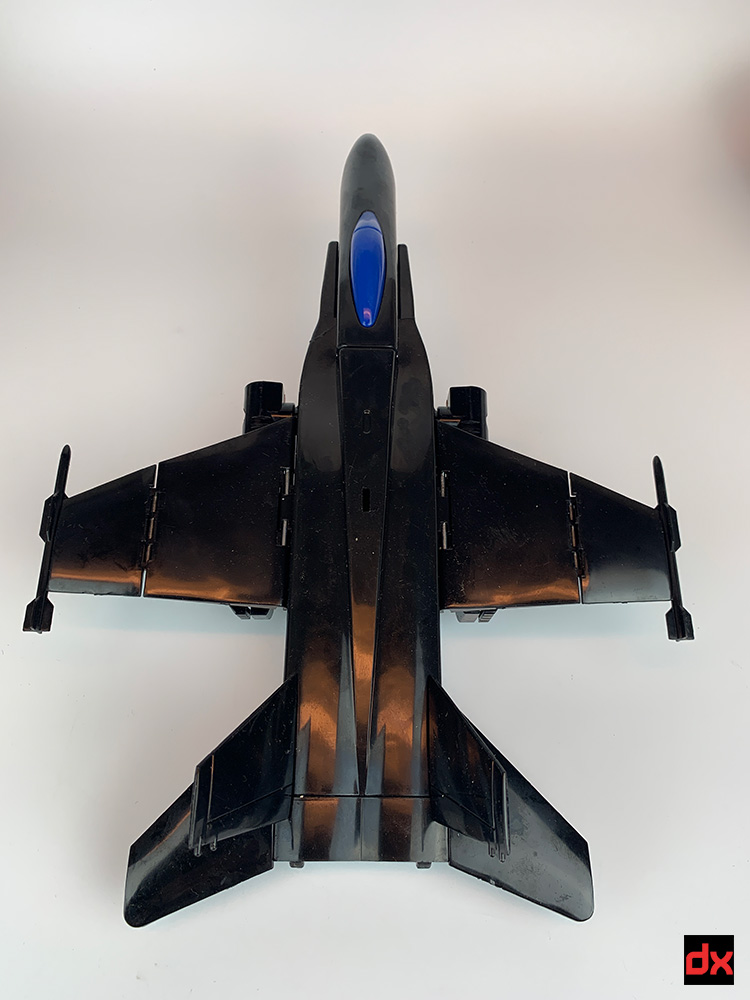 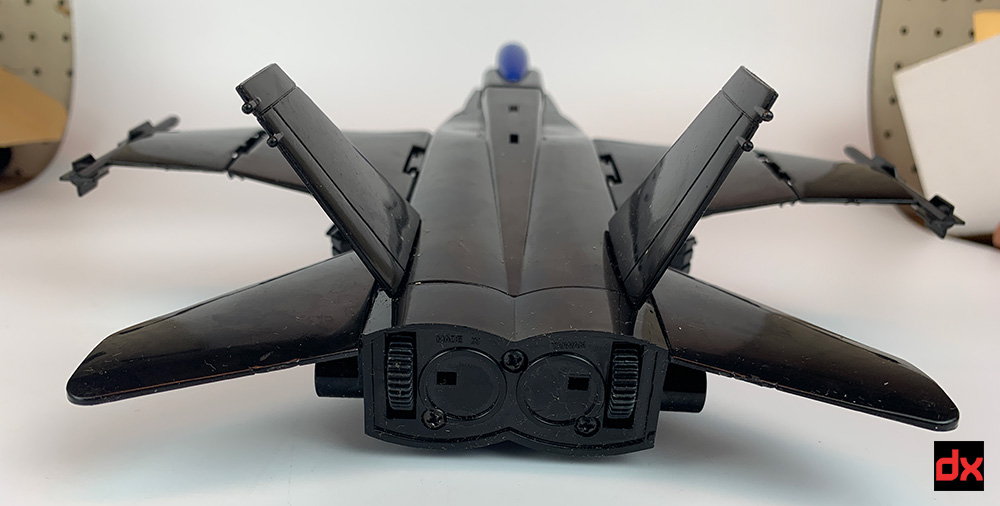 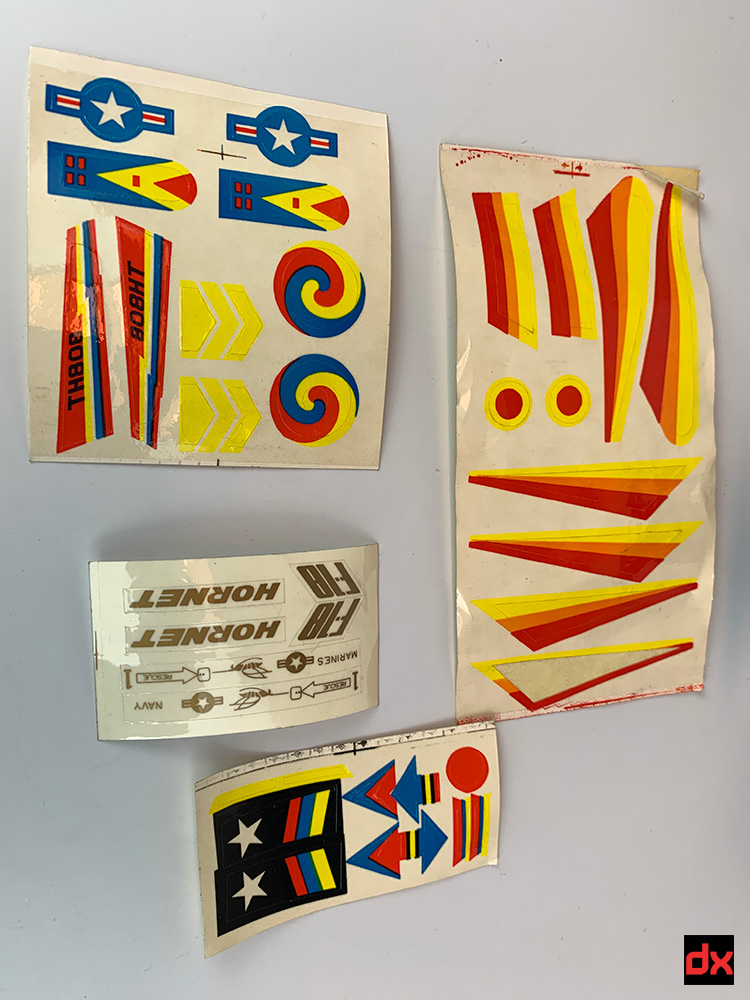