Daimos was probably second on my personal want list in terms of Nacoral Jumbos, right after Dragun. It looks significantly different than the Mattel version, while still maintaining a high visual appeal. In fact, some might suggest that the Nacoral version is even better than the Mattel one. The addition of a second joint on the left arm solves the symmetry problem that the Shogun Warrior possesses. Additionally, now both fists have launching capabilities. 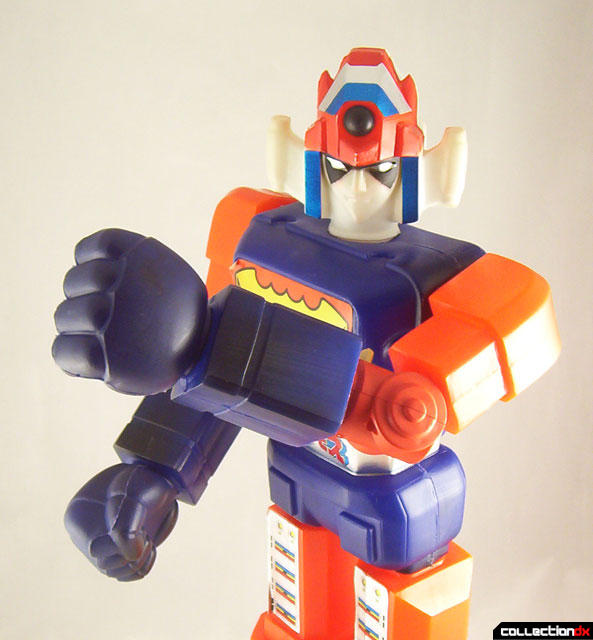 Among the most prominent of the other differences between the two toys is the change in color scheme. The chest and fists have been changed from black to blue, while the red of the arms and legs is a lighter shade. Strangely, some parts of the feet and fists have a sort of blending of colors, as you can see both blue AND black clearly. 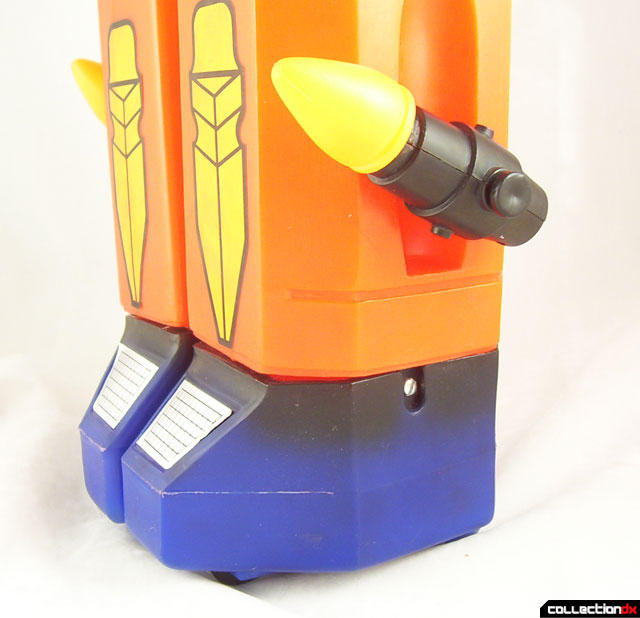 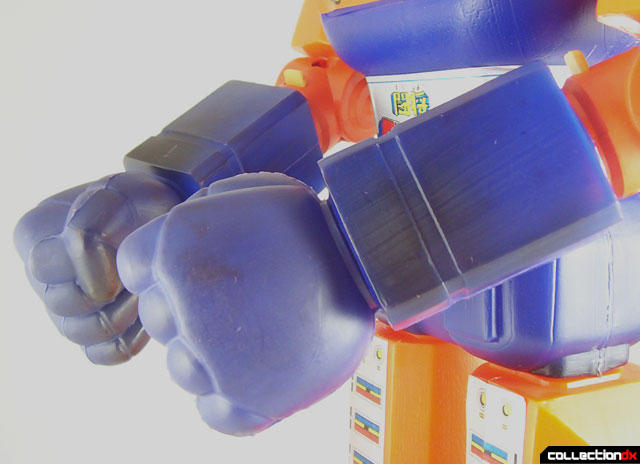 A similar thing is true of the missiles that came with this specimen of the toy. It's quite difficult to see in photos, but these missiles have an orange hue to them, even a blending of red and yellow. This is significant to me because many years ago I was involved in a transaction between two friends for a Nacoral Daimos and that toy had red missiles, much like the Popy Daimos. I remember it vividly because it was missing one missile and I gave my friend a red missile that I had from an Italian bootleg "Super Warrior" jumbo. I just assumed that all Nacoral Daimos jumbos came with red missiles and that the specimens that I had seen in pictures with yellow missiles likely were missing theirs and the owners simply substituted yellow Mattel missiles. But recently several people told me that they had bought boxed Nacorals that came with yellow missiles. The sort of hybrid missiles I have here lead me to think we were all correct and that the Nacoral Daimos was released with both red and yellow missiles.

There are still more differences between the Nacoral and Mattel versions of this toy. The back wheels on the feet are different. Where the Mattel toy has one large wheel on the back, the Nacoral has to thin ones. The heads are also quite different as well. While the Mattel is soft vinyl with painted detail, the Nacoral is polyethylene with stickers. The blue and silver stripes as well as the eyes are all stickers. The colors have been changed and furthermore, there is even a slight difference in the mold. If you look from the side, you will notice that Nacoral is missing the four circles just behind the "ear" of the head. And above that, the area that is blue on the Mattel version extends further up than it does on the Nacoral. Here you can see how it slants down toward the back. 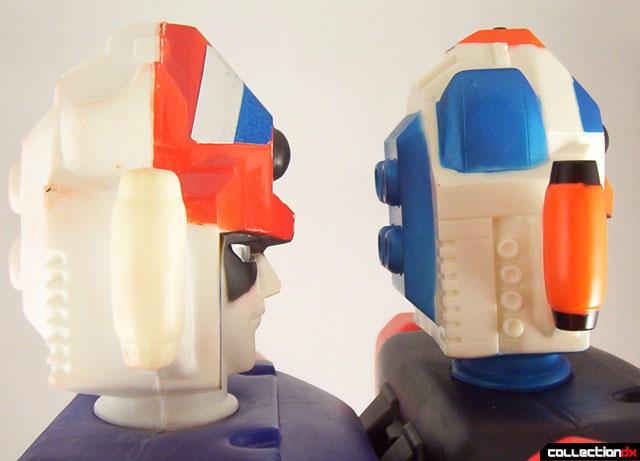 One last thing that I just noticed is that the stickers on the legs have been inverted and for some strange reason, it appears that the circles on the right leg of the Nacoral Daimos are off-center. On the front of the lower legs, you'll notice that there is no molded lines around the stickers like the original. You can also see that like most bootlegs, it is slightly shorter.. 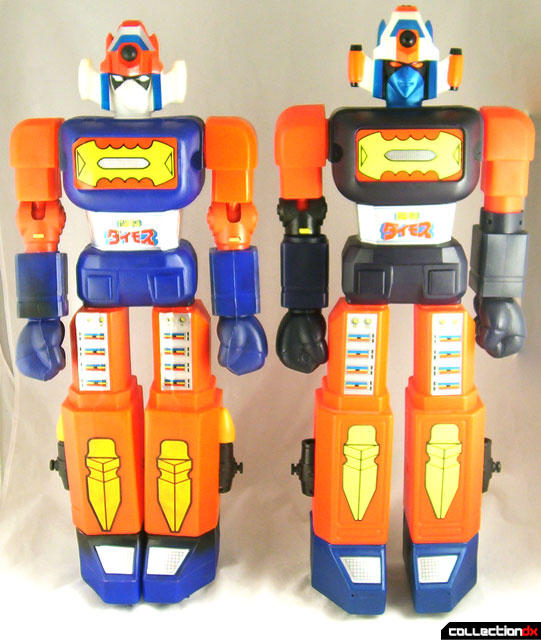 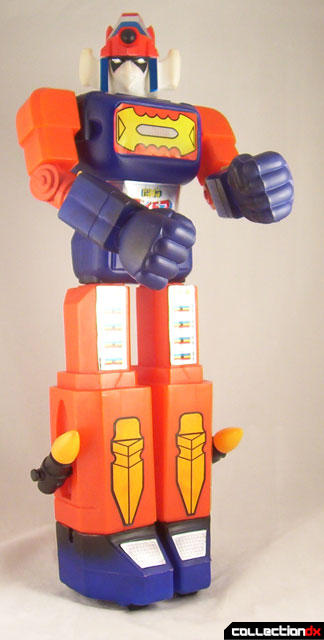 Just like the other Nacoral jumbos, Daimos actually shows the Shogun Warrior version on the box lid and the box is a much harder, and therefore more durable, cardboard than we are used to seeing on Jumbos. Outside of that though, the toy does suffer some quality issues like many bootleg toys do. The plastic knob of the fists is prone to cracking and the fist tends to shoot off by itself as a result. The mold lines on the legs aren't as clean as they could be and overall it just feels less durable than the official toy.

The Nacoral Daimos is a fine addition to your jumbo or bootleg collection. It doesn't show up too often though. However, when it does, sometimes it seems to show up in bunches. I have no idea why that seems to happen with some toys, but it does. You'll go two years without seeing one, then all of a sudden 3 are available. Go figure. 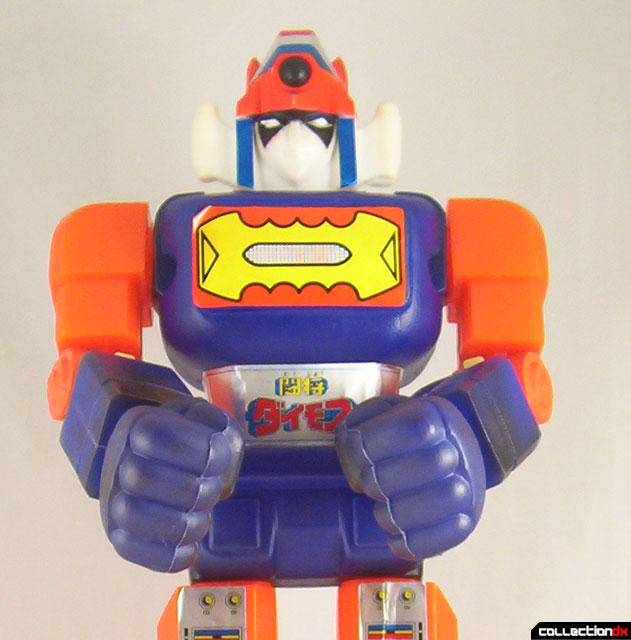 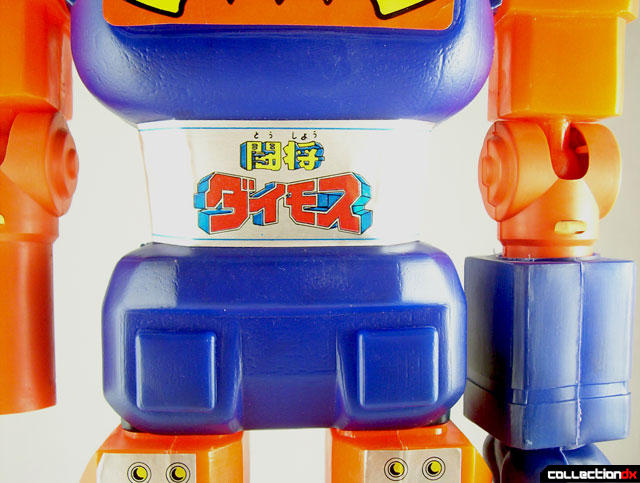 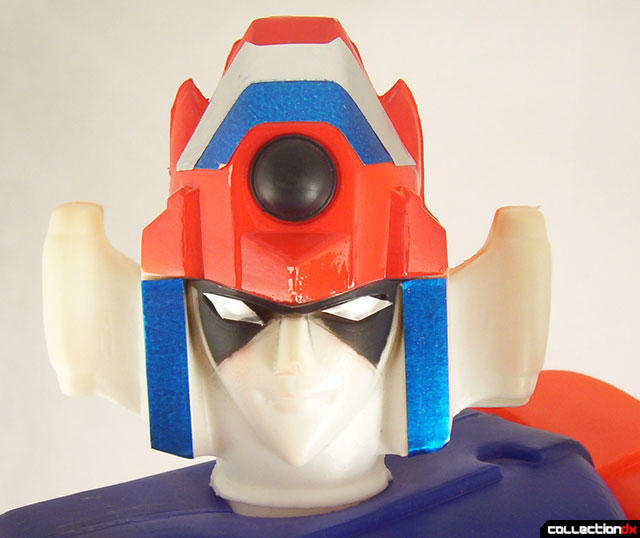 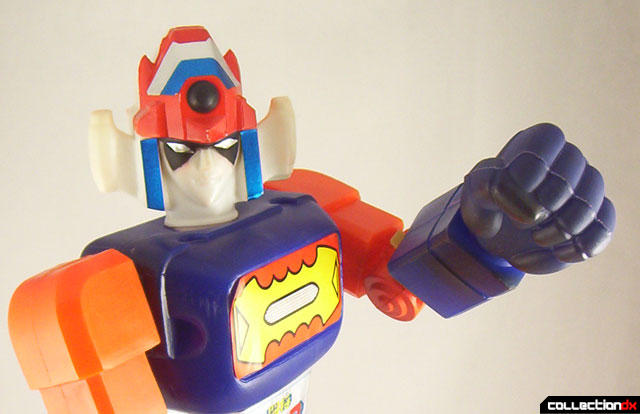 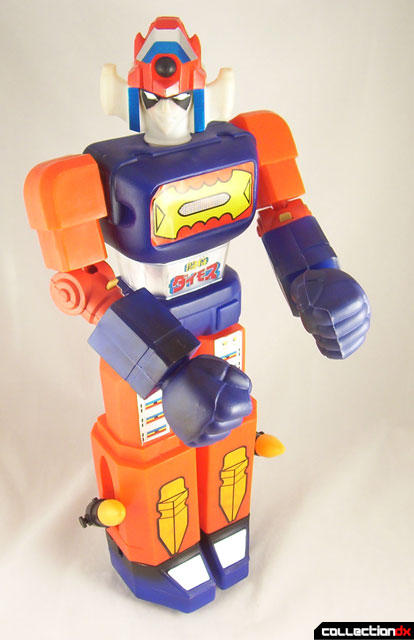 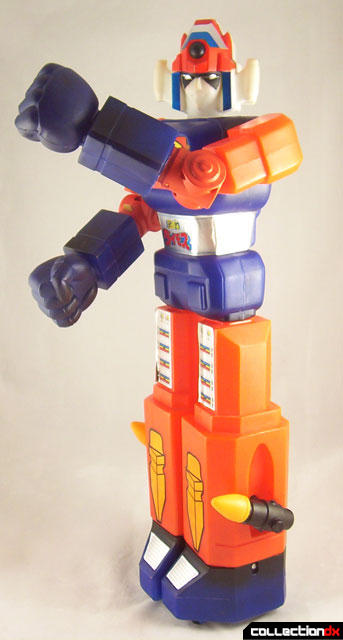