I've see variations of this Construction Combo 5 in 1 on Amazon and eBay but never thought about pulling the trigger. However while at a flea market I actually saw one in person and was surprised about how big the thing was. This thing actually stands 15 inches tall! To seal the deal, the vendor had it for only $20 USD so I figured why not give it a shot. Turns out it's actually pretty cool, despite some missed opportunities.

The box is about 14 inches tall and features no packing material and no instructions. The parts are just dumped in there loose. 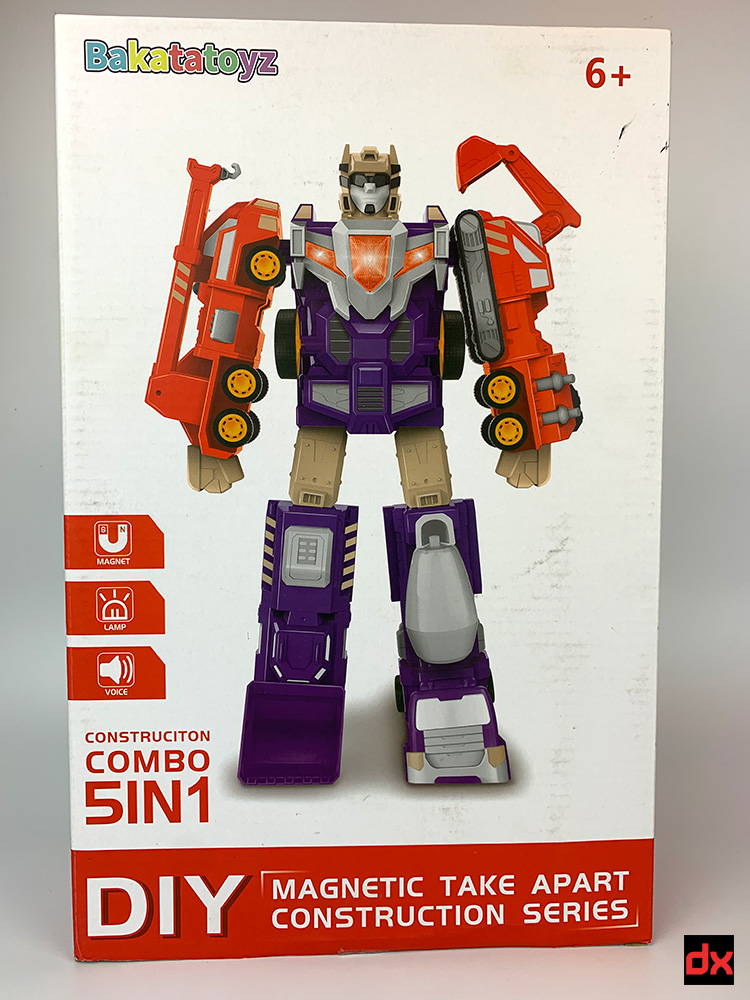 See this wide stance on the box? The toy does not do that. It's a straight legged stance. 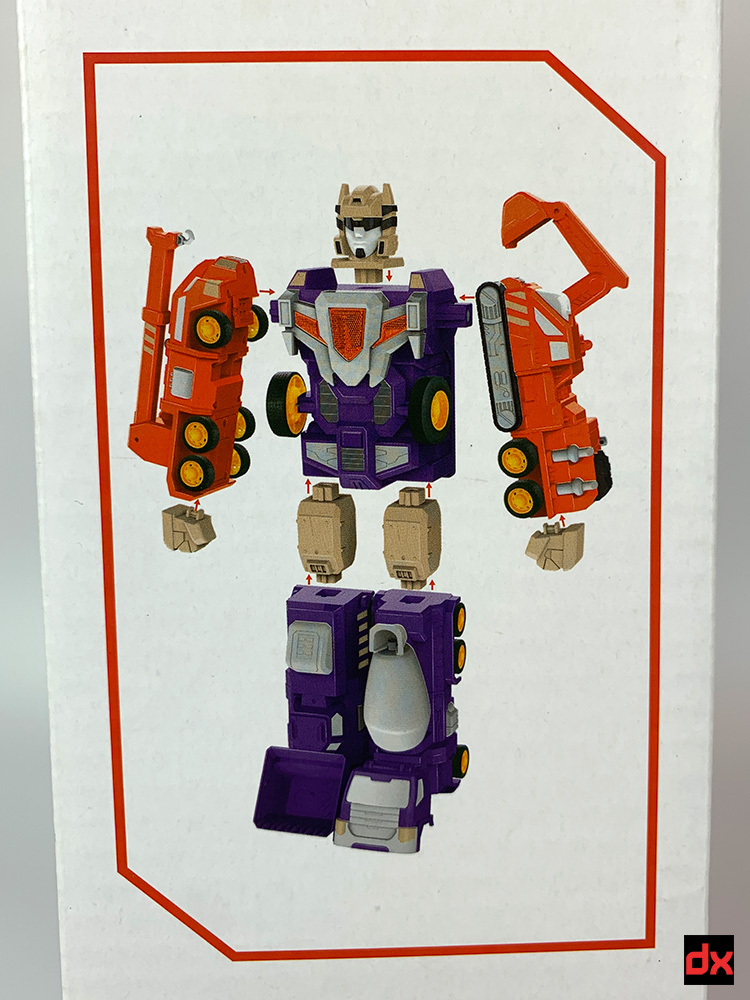 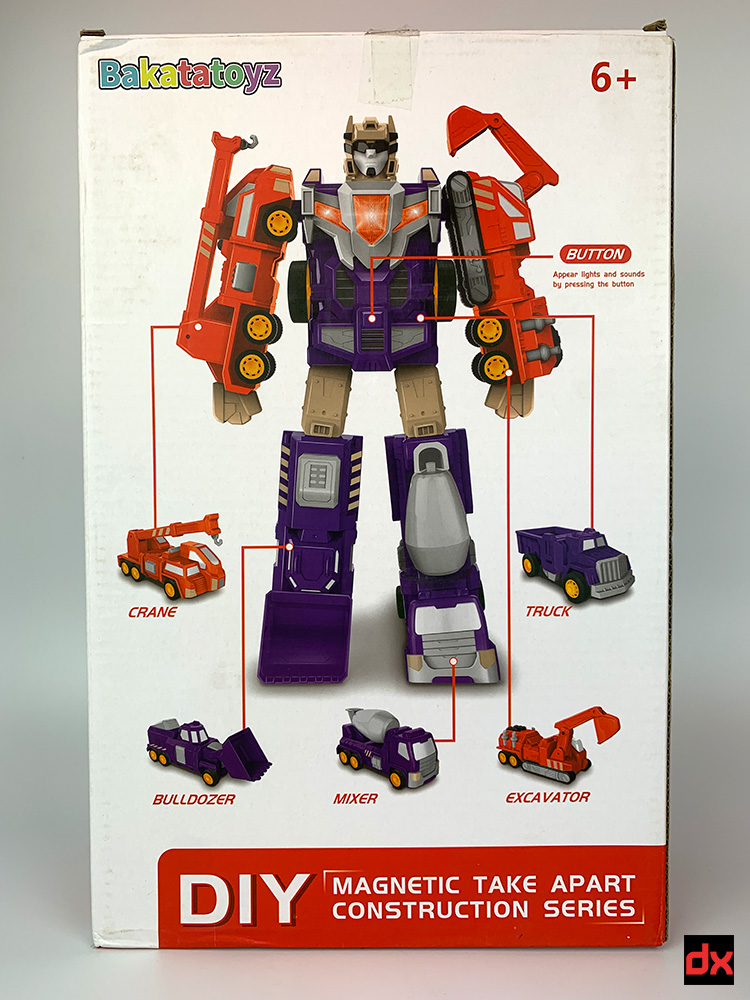 The toy consists of 5 vehicles that do NOT transform into robots. In fact, you don't have to do much of anything to combine them, aside from add in extra parts. Each vehicle is actually very well-made and kid friendly, with pull-back motors, rubber tires, and magnetic connection points. However there's nothing really extra to do with the extra connection points aside from make some freakishly long vehicles. Watch the video to see what I mean.

The five vehicles are:

This vehicle has a rotating cement barrel, and separates into two sections via a magnet connector. This connector is not used in transformation. 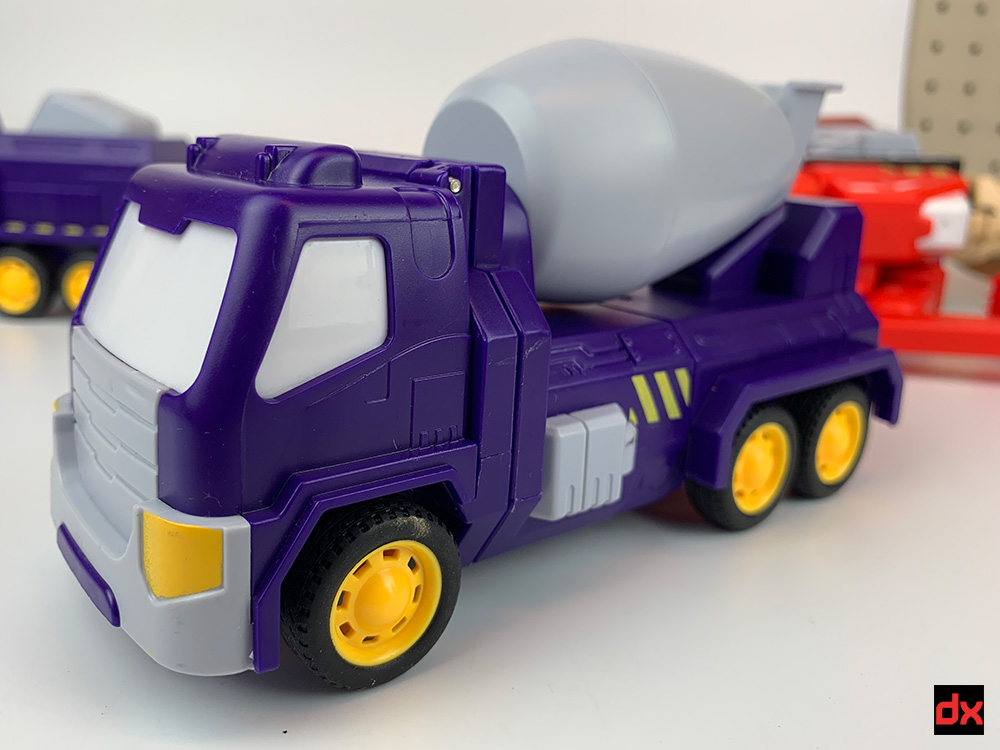 The Bulldozer has a moving bucket and separates into THREE magnetic sections. 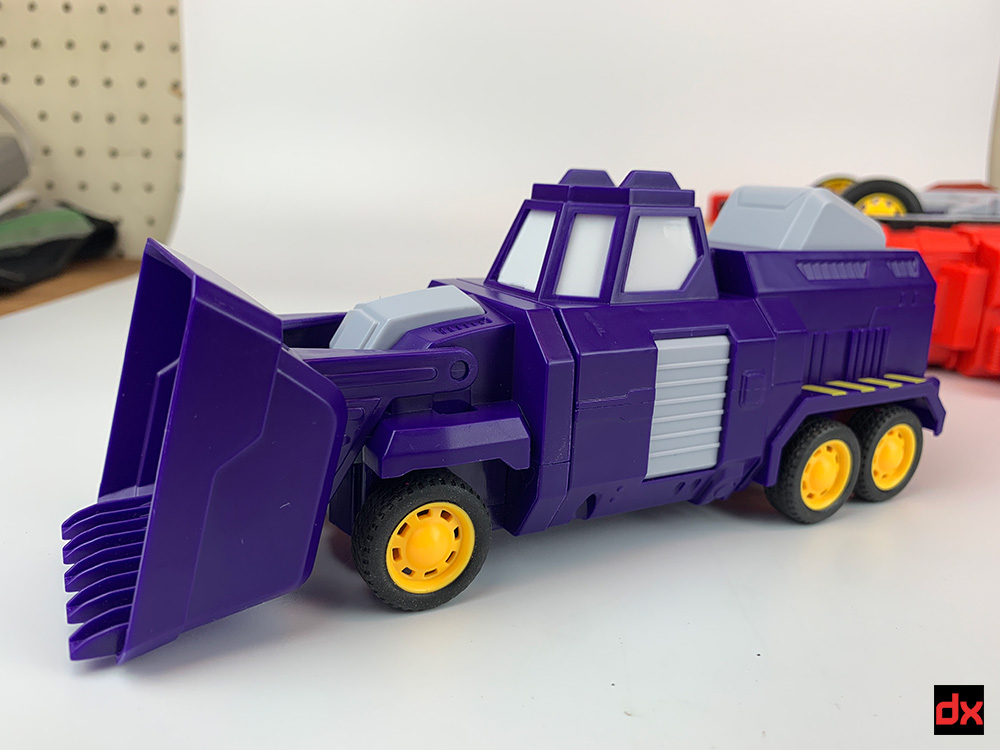 This one separates into three sections, with a bucket arm thats articulated at three places. The fake treads have little wheels on the bottom. Both of the red vehicles have a swivel magnet joint between the second and third sections that seems to serve no purpose as nothing can connect to it when its moved out of position. 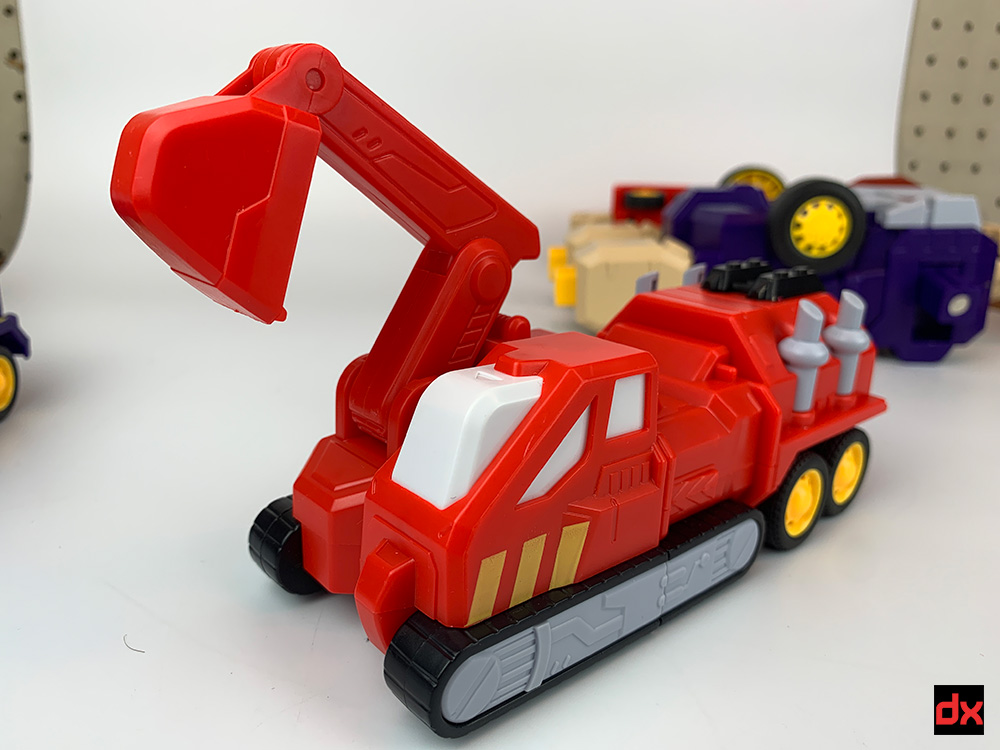 This vehicle is also three pieces and has the same odd swivel joint. I think at one point it was maybe meant to be an elbow joint? No instructions are included, so no idea there. The crane arm can raise and lower. 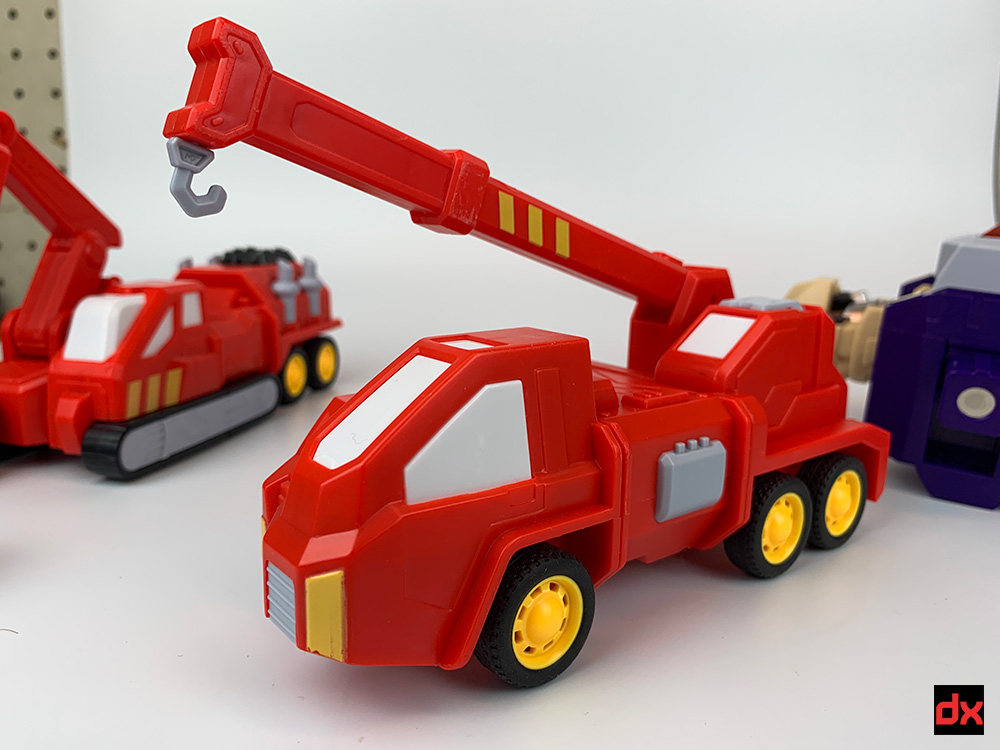 The Dump Truck is the only vehicle that does not have pull-back action, but it does house the main electronic feature of the toy. The battery compartment is on the dump bed and requires 2 AA batteries. 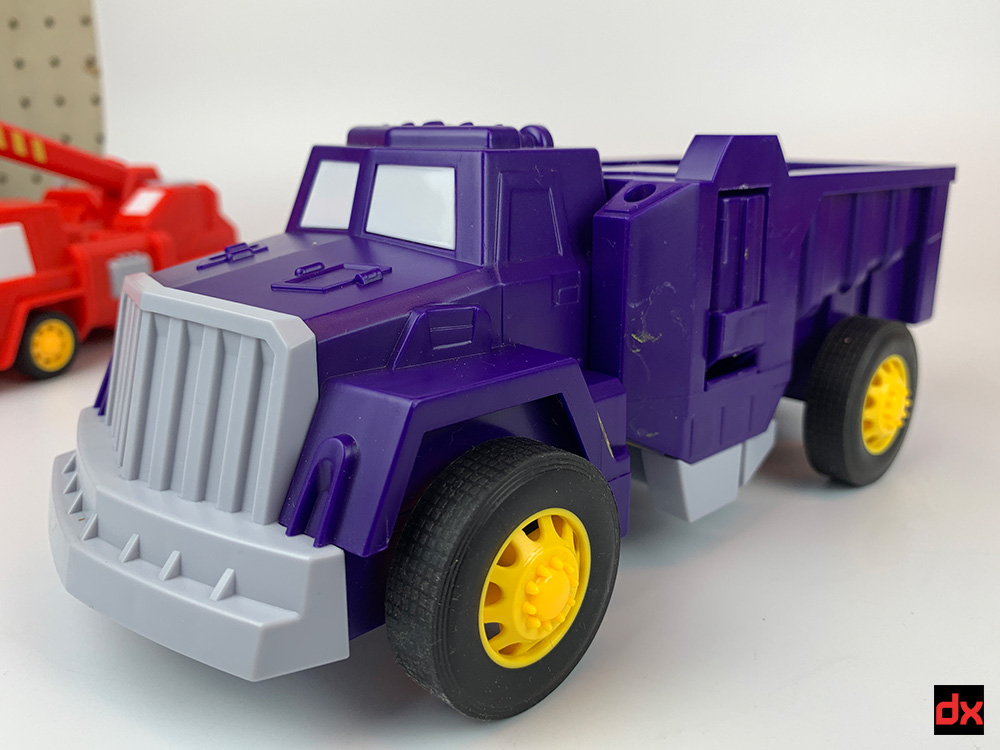 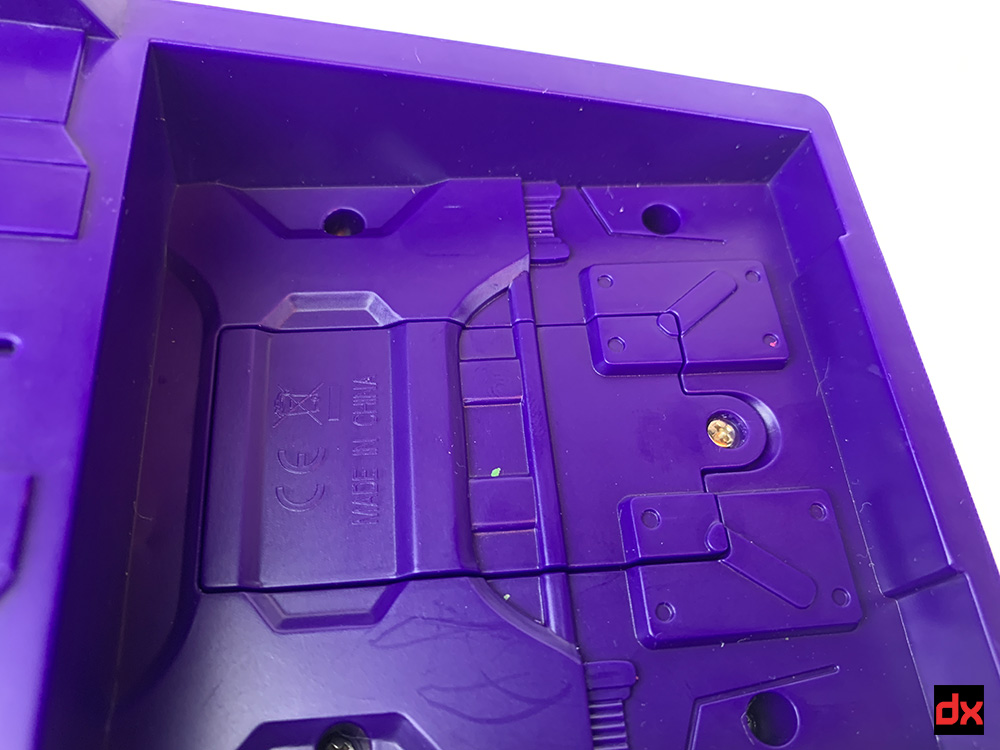 To assemble the robot, you need additional pieces that are not stored in any of the vehicles. Smart design would have had clips in the dump truck bed to hold these, but this is not a smart design. To start, remove the front section of the dump truck, and flip out the arm connectors. You will notice that each connector is keyed by a small ridge, so parts can only attach one way. This severely limits the combination possibilities by essentially allowing only one method of connection. You can make this robot, in this way. But it's a cool looking robot for sure. 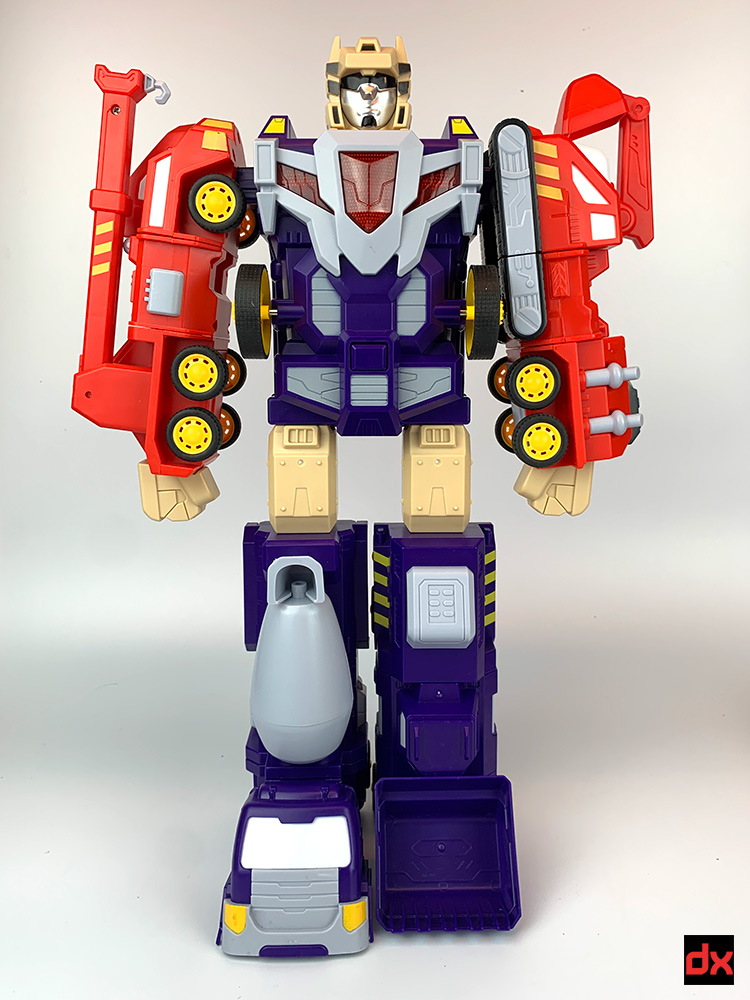 Eiter arm can go on either side, so can the legs. I think the box has them reversed but whatever. It's an imposing robot of good size and quality, however there is ZERO articulation.

I do like the smirk on his face though. 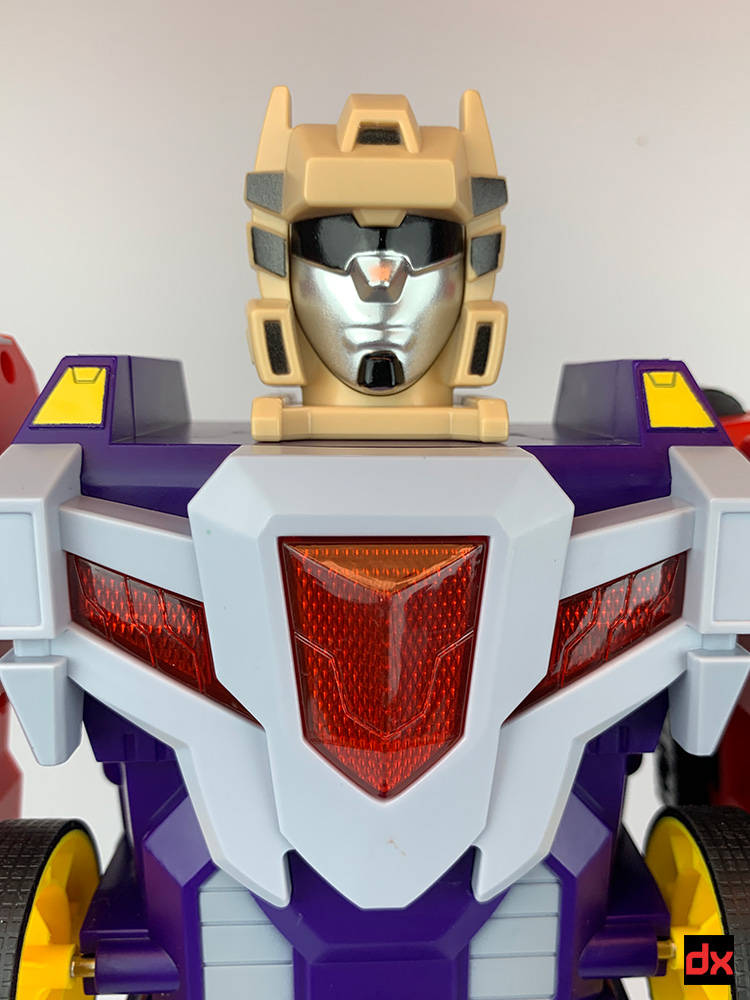 The centerbutton on the chest activates the light and sound feature. Press it, and you will hear..... Peter Cullen?

Thats right, the voice of Optimus Prime has been stolen for the voice chip here. "Autobots! Transform and Roll Out!" followed by what seems like an eternity of squeals, bells and whistles, along with some flashing lights. 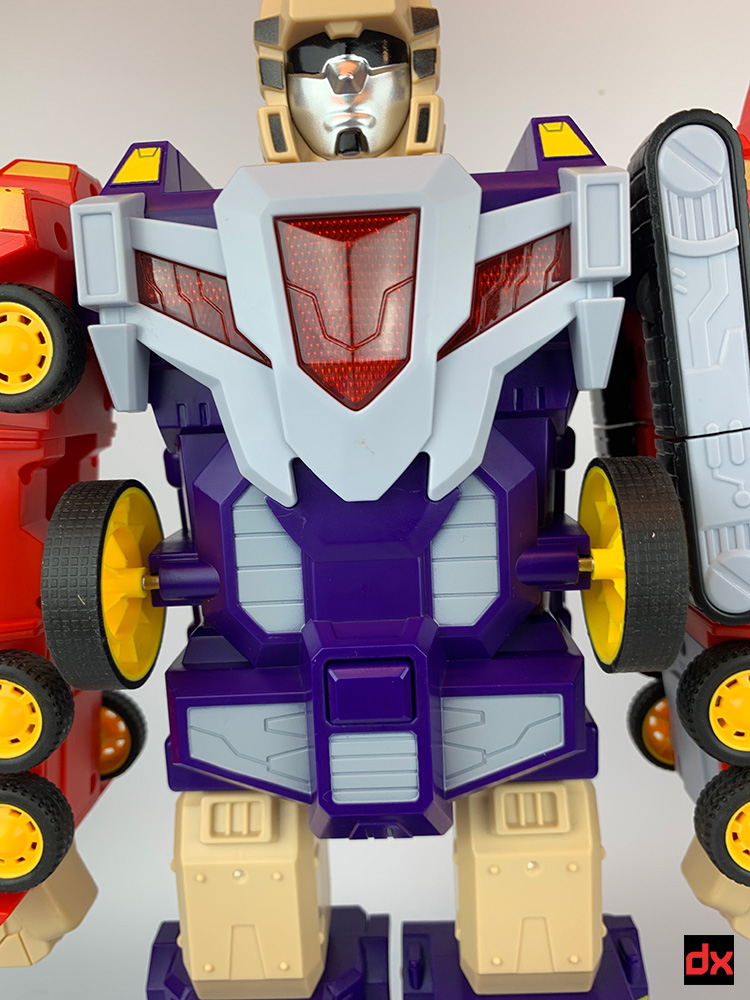 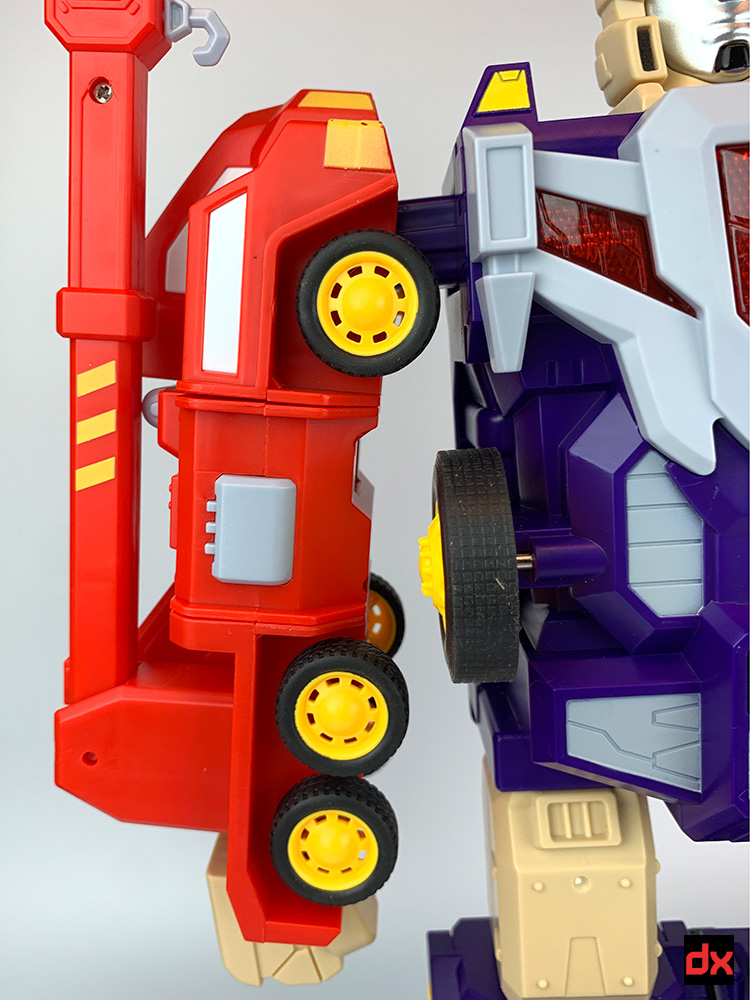 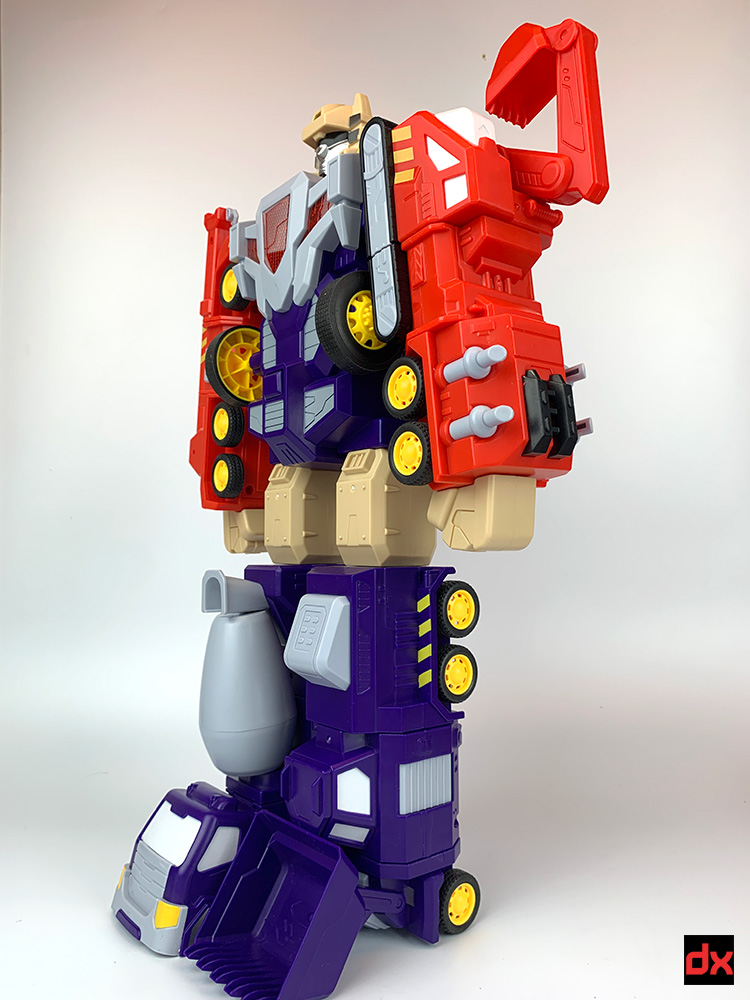 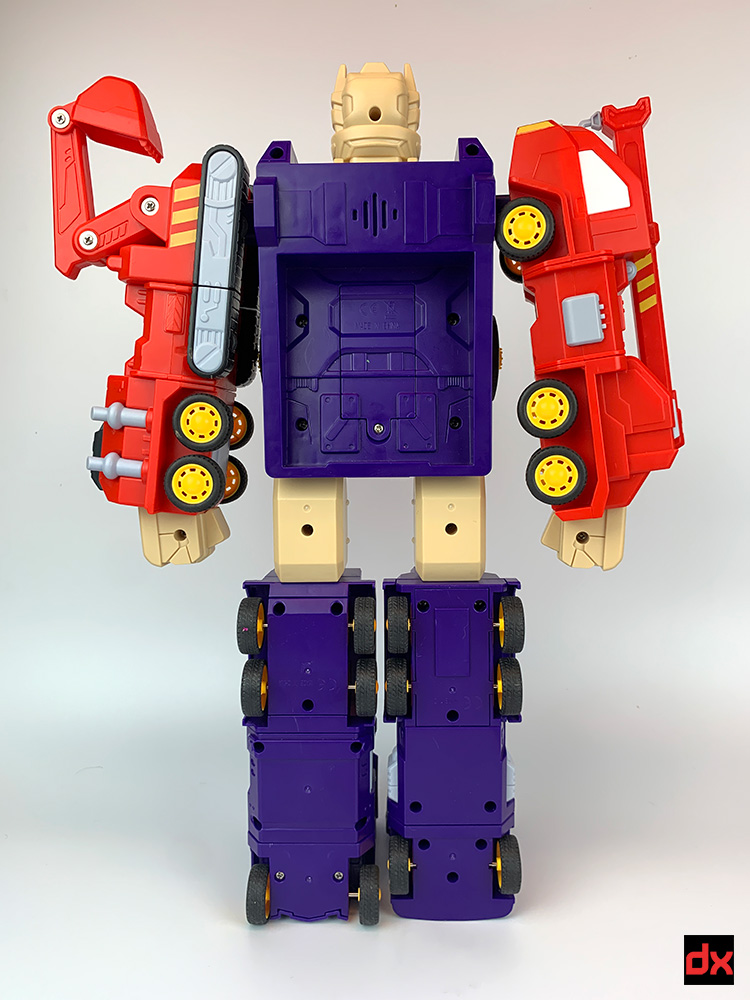 Despite its flaws, it looks good on your shelf, is of good quality, and a good value I think. I had a four year old playing with this and she loved it, but she did need help assembling it. I didn't feel like anything would hurt her, and I didn't feel like she was going to break the toy. So it's one of those good things to have around to distract little ones if they happen to come down to the toy room.