A companion piece to the School Desk, Rement’s  Doki Doki Shingakki set translates loosely into something about being excited for the new semester. Due to the difficulty of translating an onomatopoeia, Rement simply calls the set School Goods in English. While not specifically a nostalgia series, the eight box set seems to include many accessories that are familiar to people who grew up in the 80s and 90s. The first of eight boxes in the series is ashita no junbi (preparing for tomorrow) which Rement simply calls writing set. 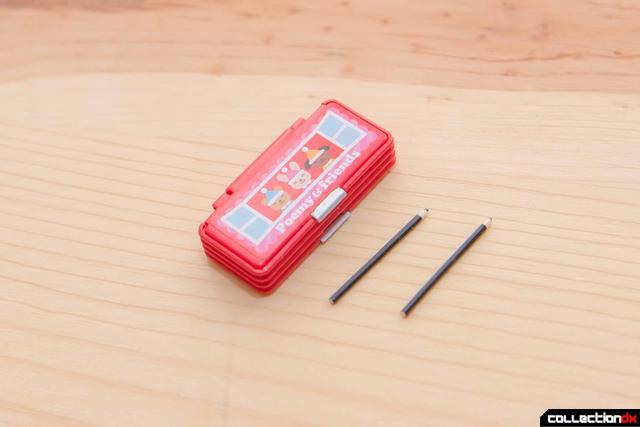 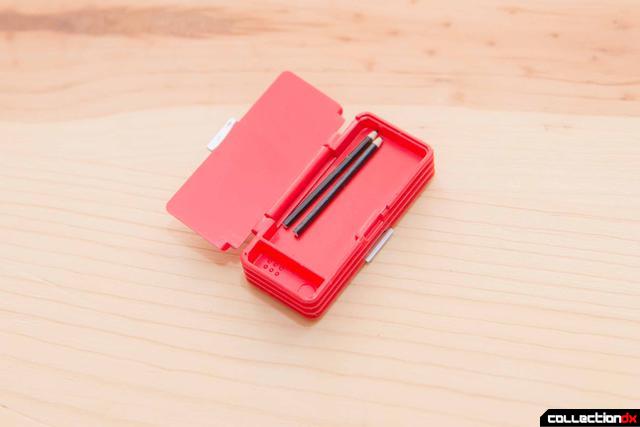 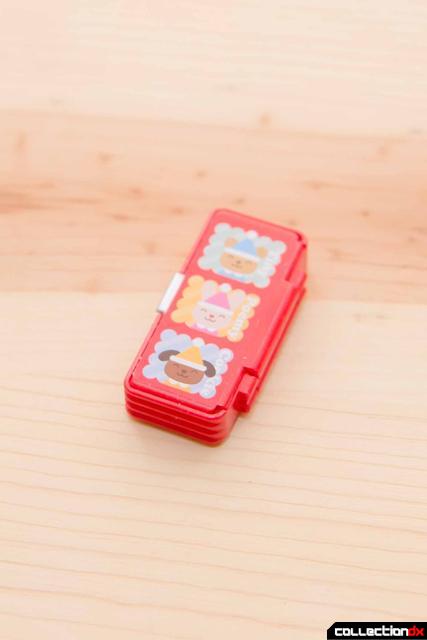 I don’t think anyone even uses pencil boxes anymore, but I definitely remember having awesome ones as a kid with various compartments and spring loaded functions. The one included is a simpler two sided pencil box, with opening lids on each side and two pencils. The box features characters from Poemy & Friends. 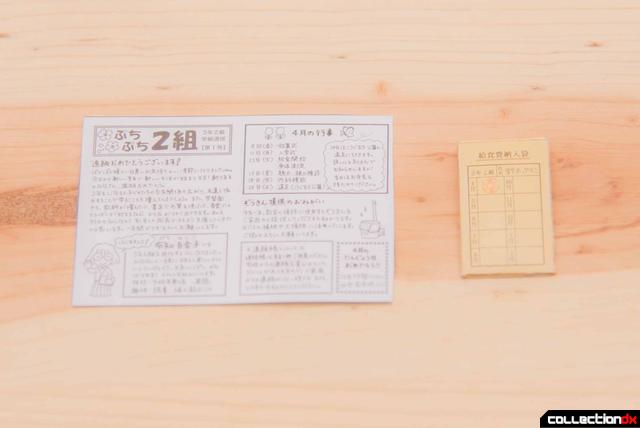 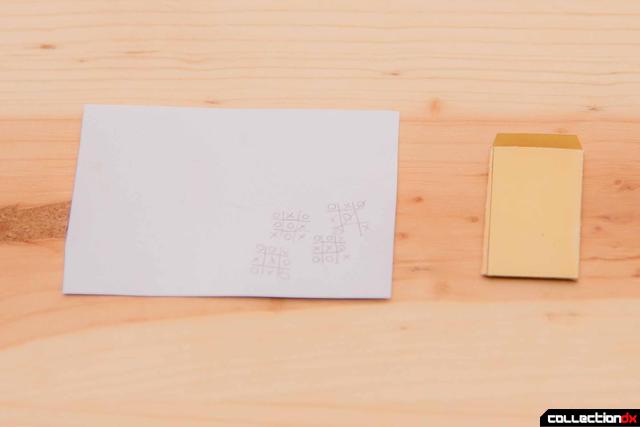 The paper cut outs for this set were a bit difficult to figure out, but it seems to be some sort of class newsletter and a money collection envelope. The back of the newsletter indicates that a bored student played tic tac toe and I’m assuming the collection envelope is for something like a school trip. 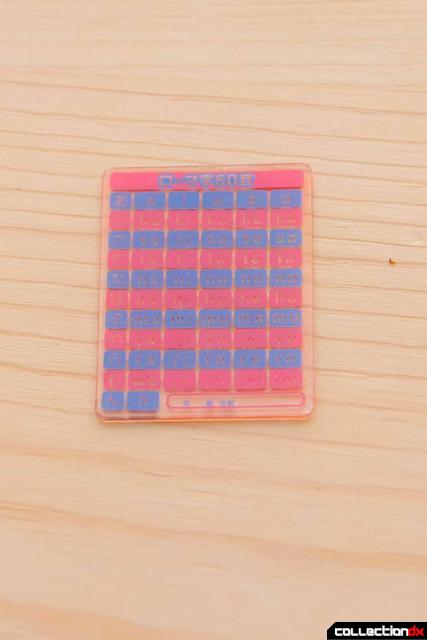 I’m not sure what to call this, but it's resembles a plastic desk mat featuring the first character of each line in a hiragana chart thing. 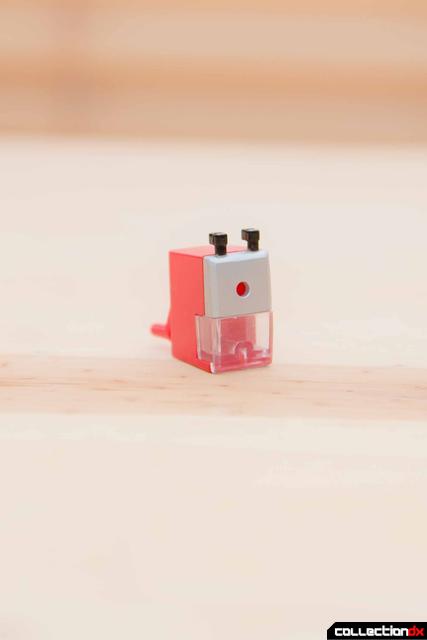 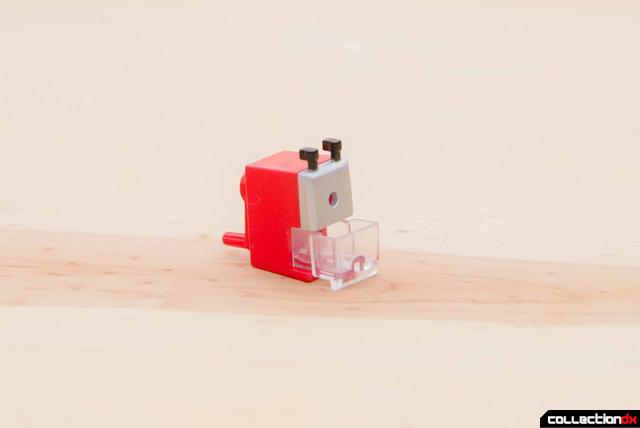 The pencil sharpener features a removeable compartment and the handle can be rotated. I think the two black knobs on top are meant for mounting the sharpener under a table or something. 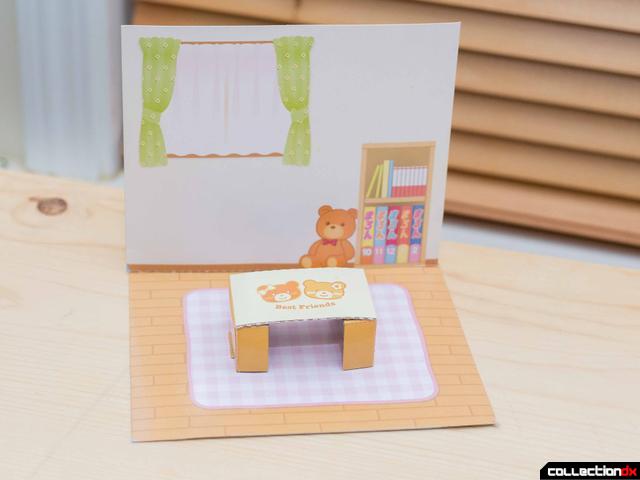 The petit sample sets generally include a cut out diorama when you purchase a full case. The School Goods one is a simple bedroom featuring a desk in the center. 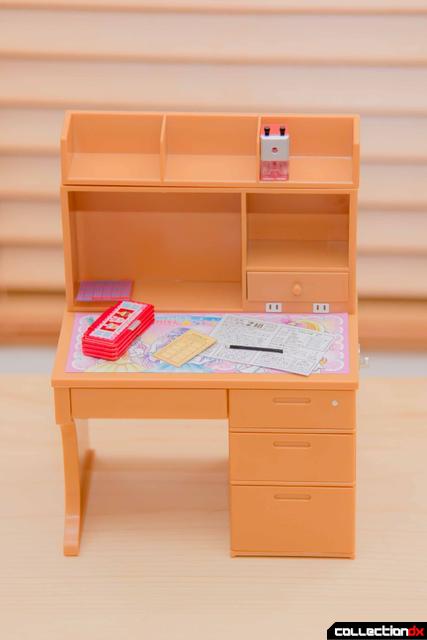 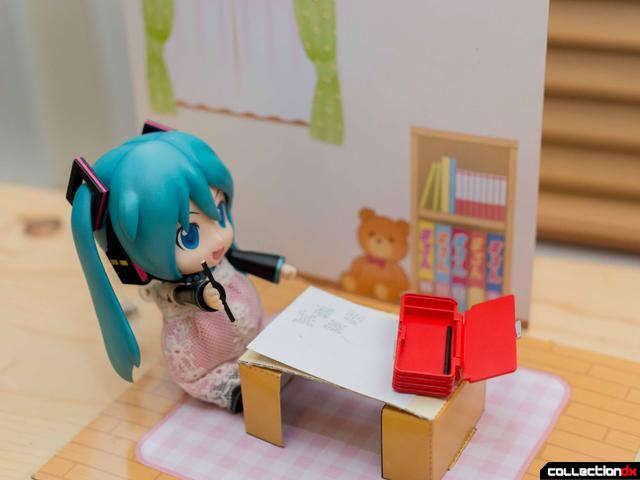 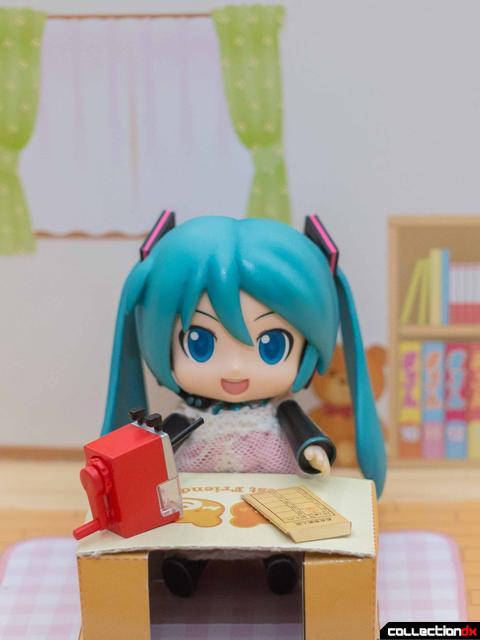 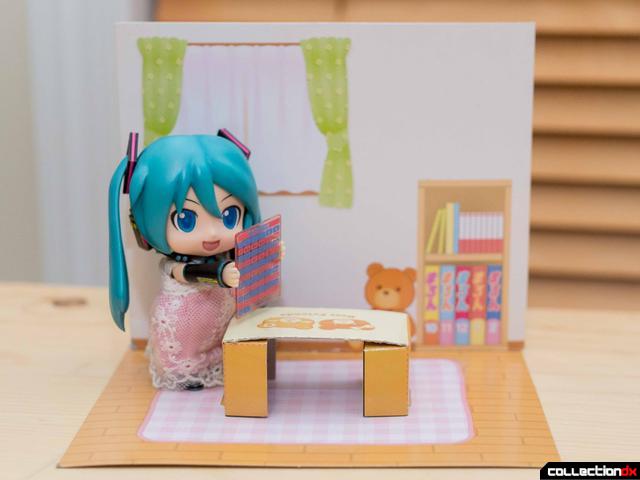 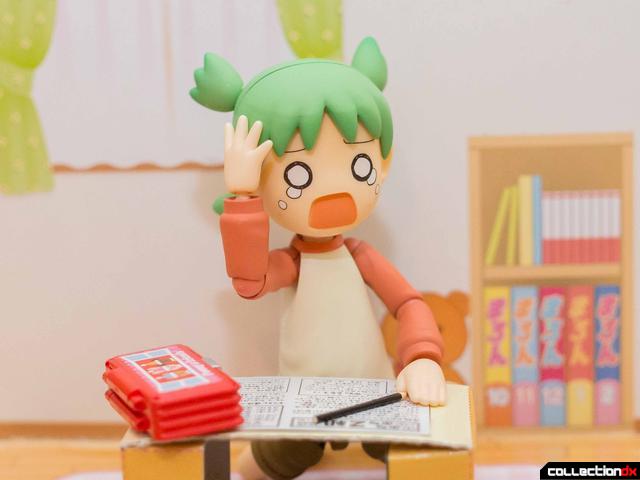 I actually think the Writing Set feels a bit bare bones compared to other Petit Sample boxes, but I still enjoy it a lot. This is finally a set that I have some real nostalgia for and not some weird false sense of nostalgia from reading Manga and watching Anime.