Ultraman 80 bears the distinction of being the last Ultraman of the Showa era, as well as the last one to take place in the same universe as all the series previous (until Ultraman Mebius twenty-five years later). Ultraman 80’s disguise on the planet Earth is the unconventional middle school teacher Yamato Takeshi, who juggles his day job, being a member of the UGM (Utility Government Members), and battling giant monsters. I enjoyed the series so much that I decided to hunt down the Ultra-Act figure despite it being a Tamashii Web Exclusive. I’m happy to say it was worth the aftermarket markup. 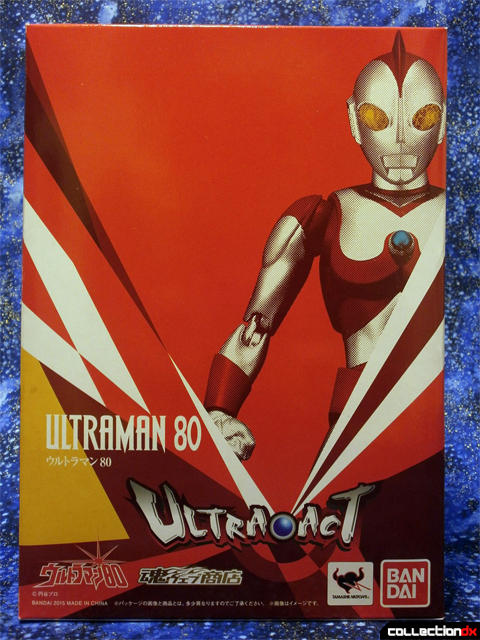 Most of the Tamashii Web exclusive figures I’ve experienced have had grayscale boxes, but the only thing making Ultraman 80’s box different from any other Ultra-Act’s is the lack of a window to look at the contents. 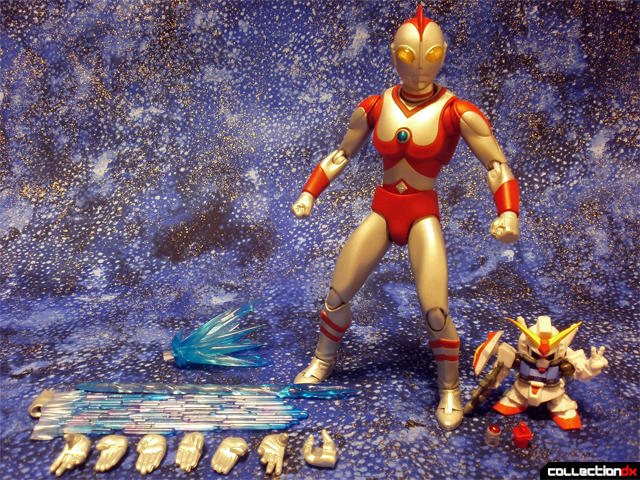 80 comes with seven alternate hands, three effect parts, a swappable red Color Timer, and a Tamashii stage adaptor that attaches into his back. 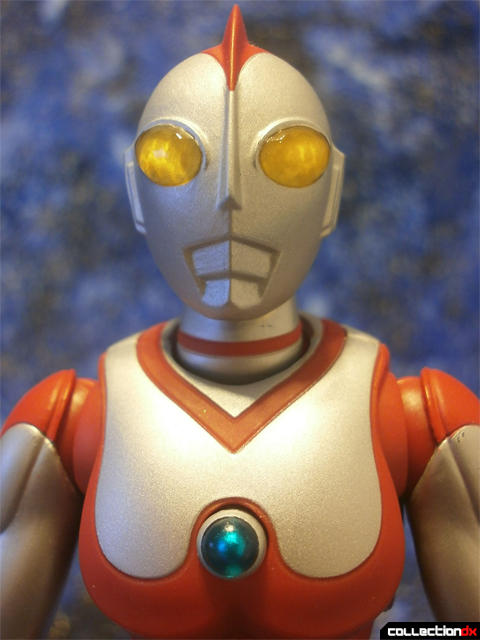 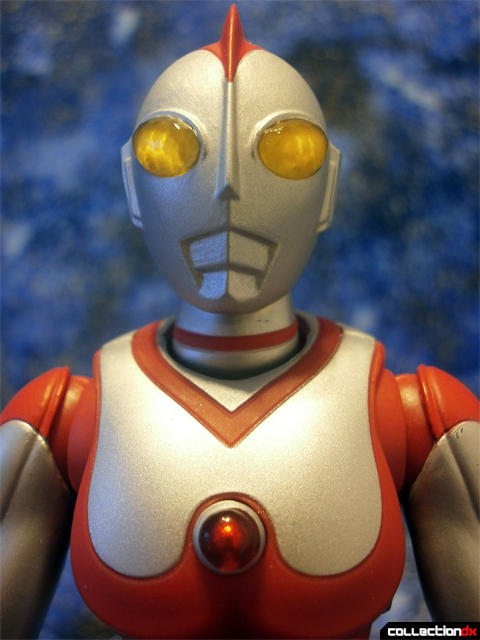 An Ultra-Act staple, 80’s blue color timer on his chest can be replaced with a red-tinted one to signify that he’s running out of time to fight this week’s monster. 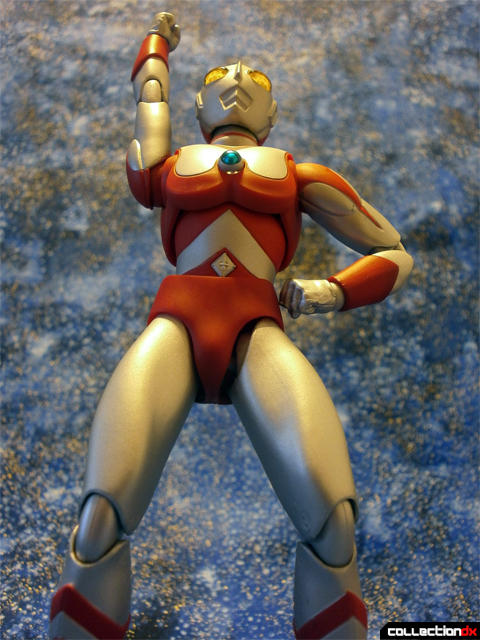 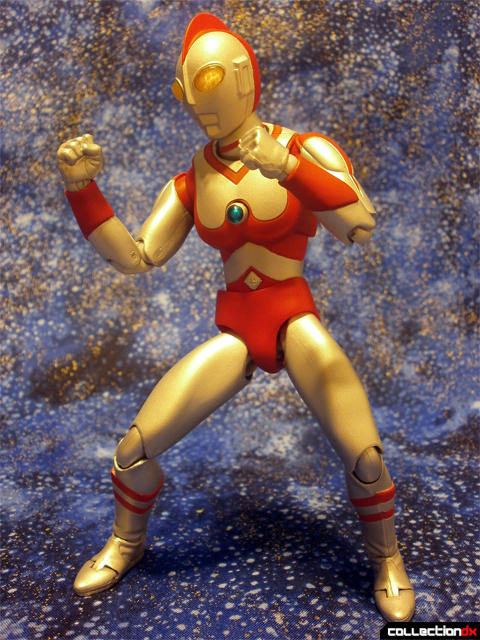 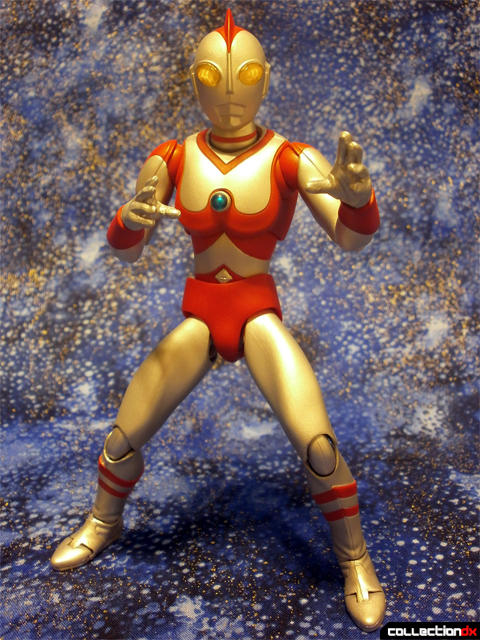 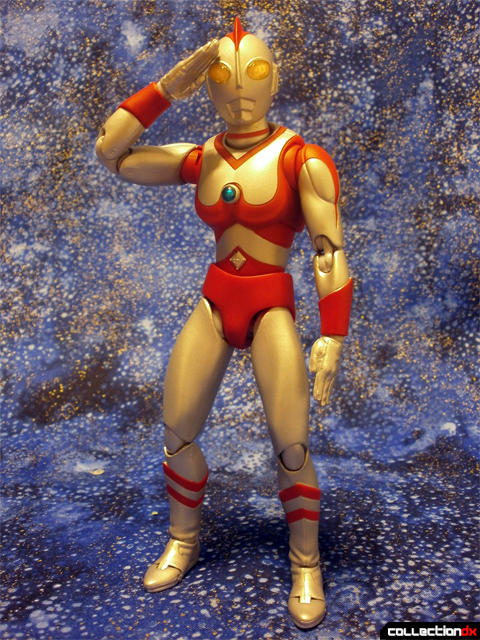 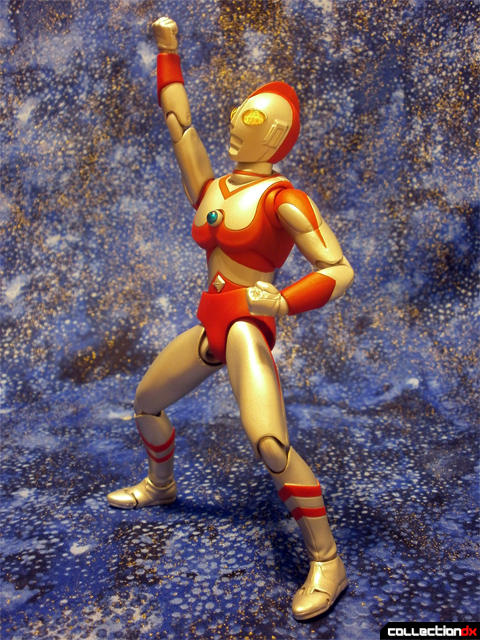 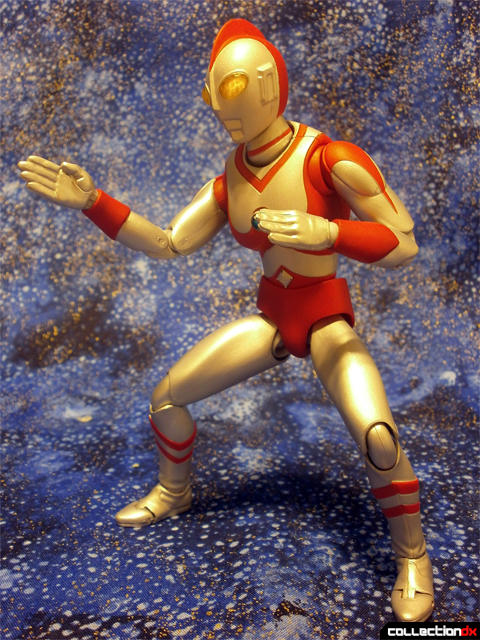 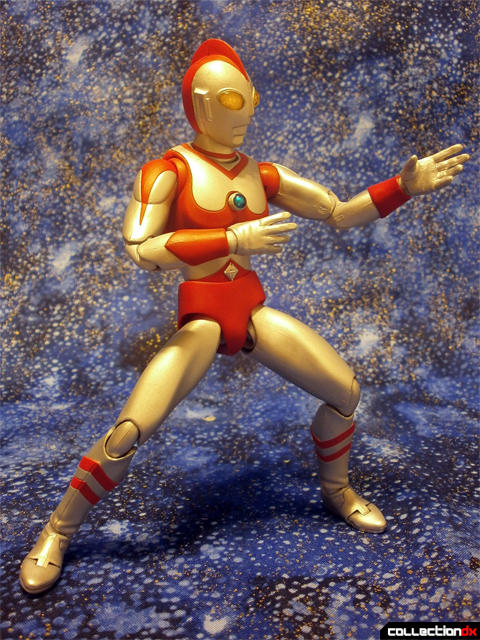 As to be expected from Bandai there’s no skimping on articulation or detail. The comparatively unarmored forms of Ultramen have a superb unimpeded range of motion. 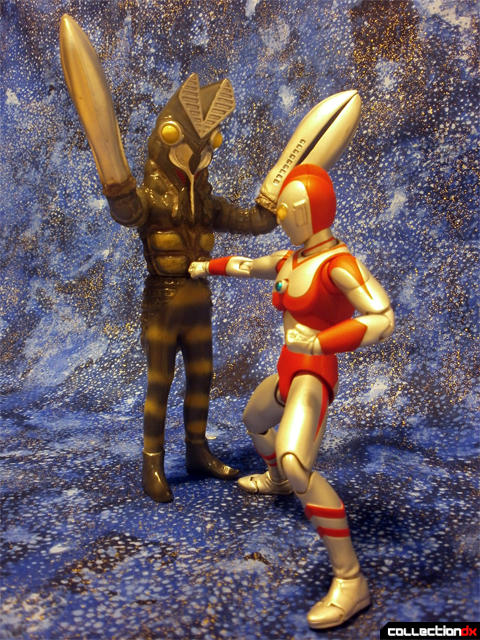 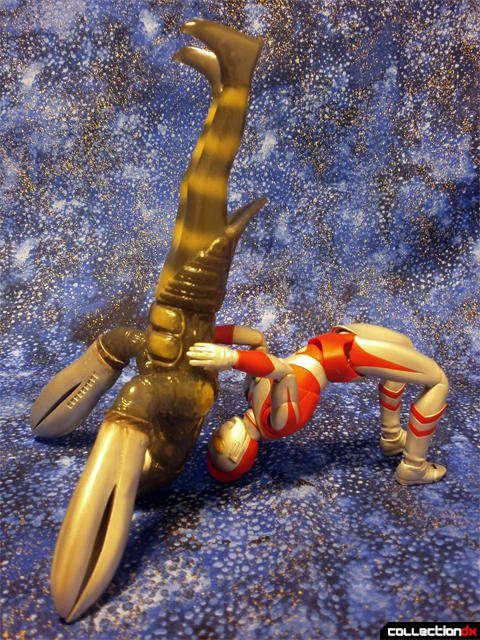 Unfortunately I don’t have any vinyls of monsters exclusively from this series, so here to help show off Ultraman 80 is the classic Alien Baltan. 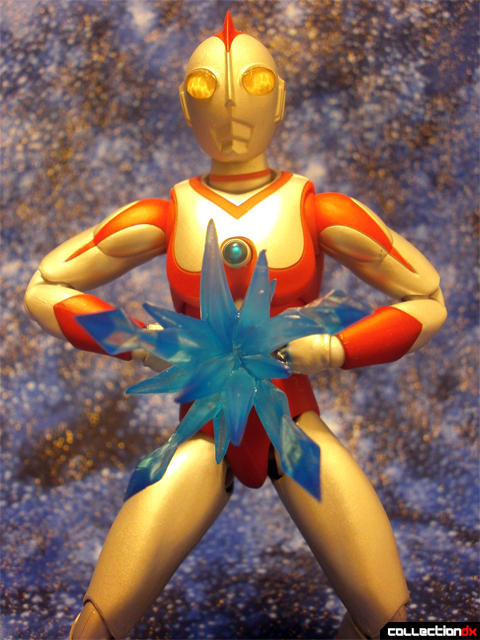 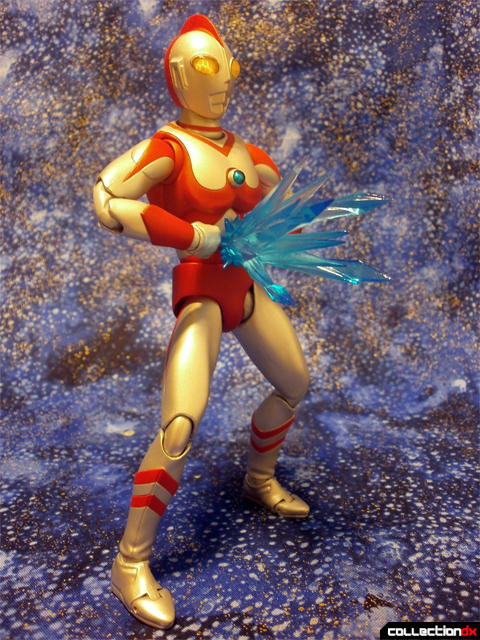 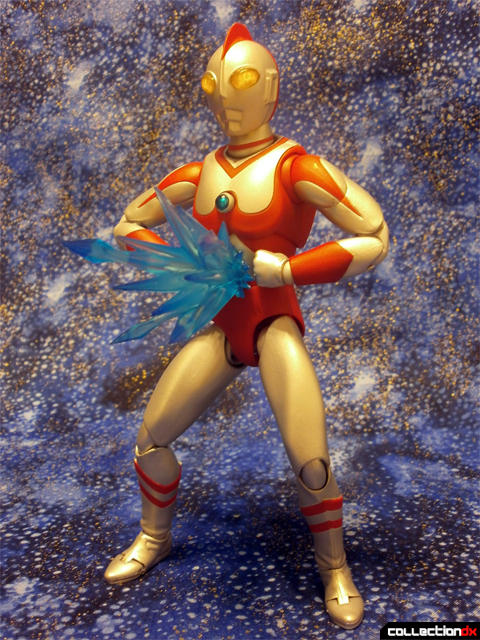 Effect parts are included for some of 80’s more unique attacks. Just swap out the piece in his stomach to use the Buckle Beam. 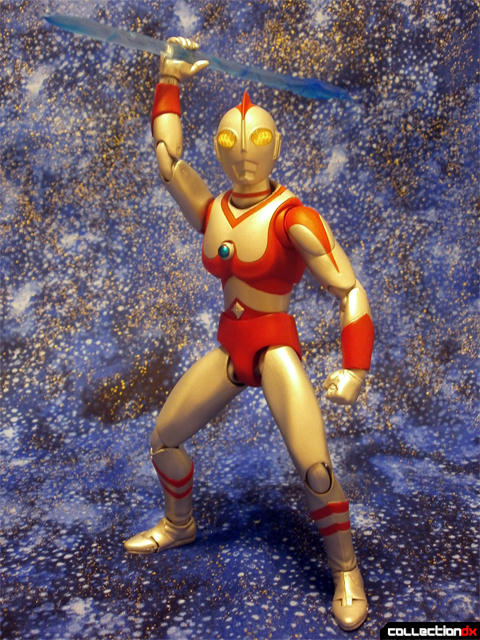 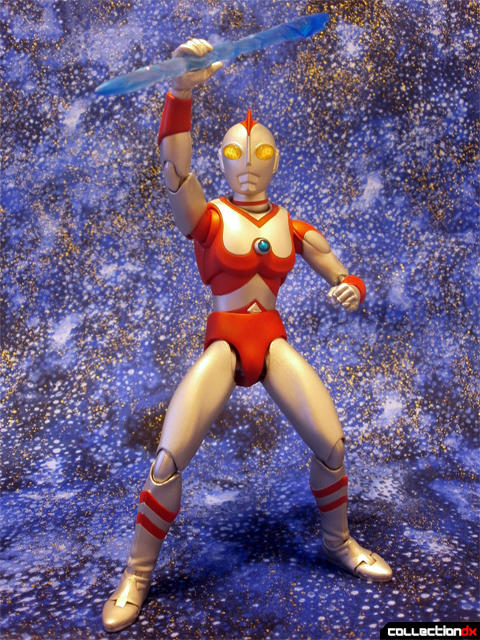 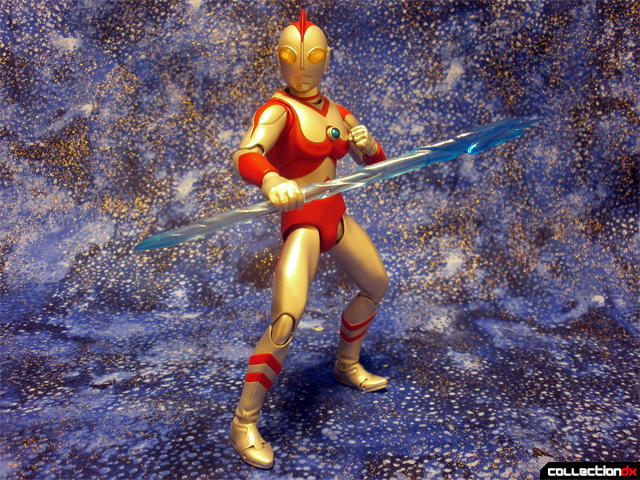 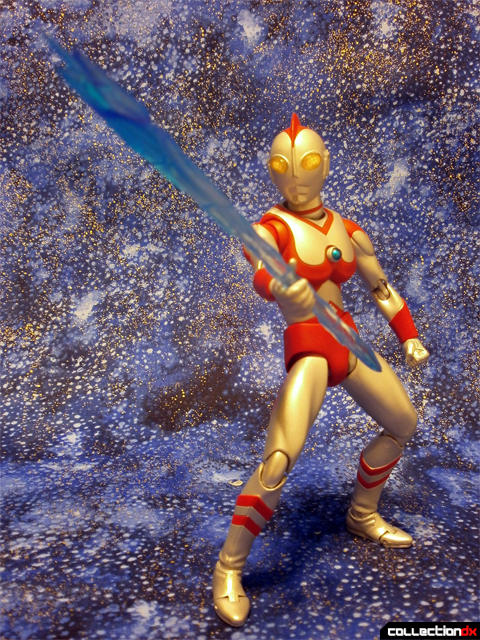 A special hand is included to hold another of 80’s special moves, the Ultra Ray Lance. 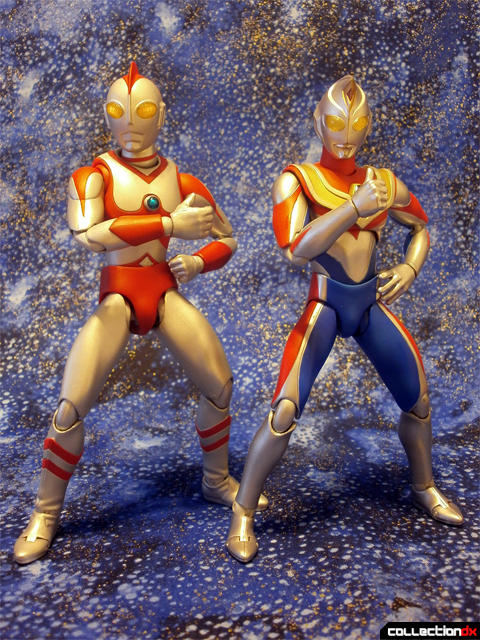 The hand used to hold the lance also does a passable thumbs-up. 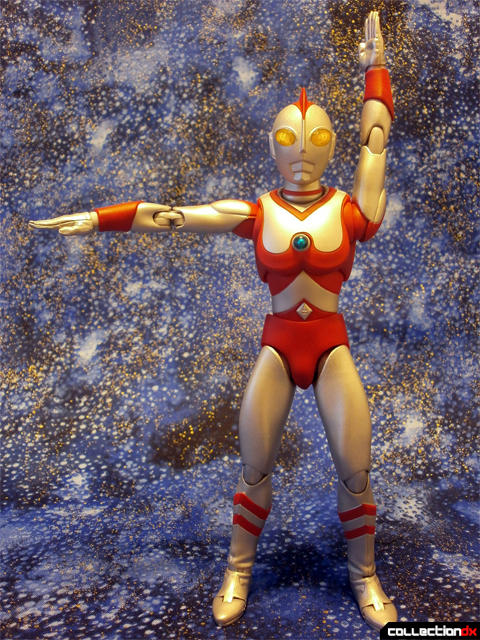 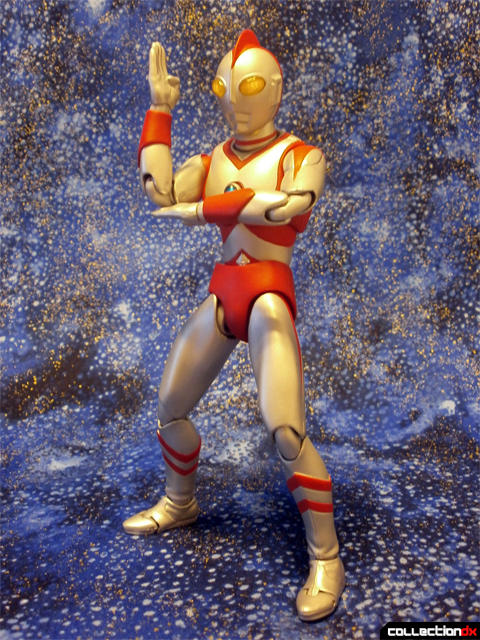 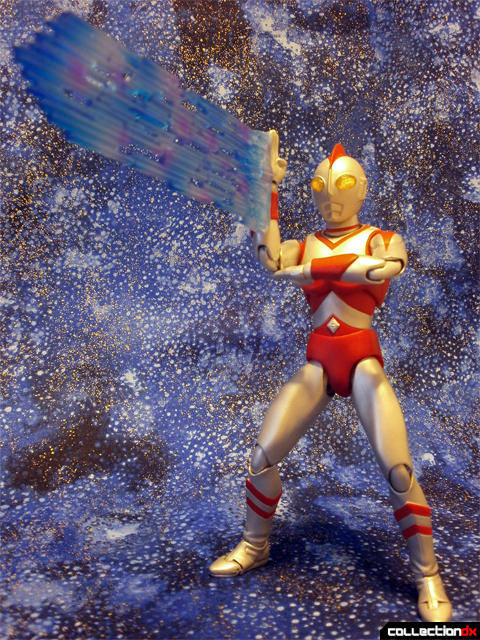 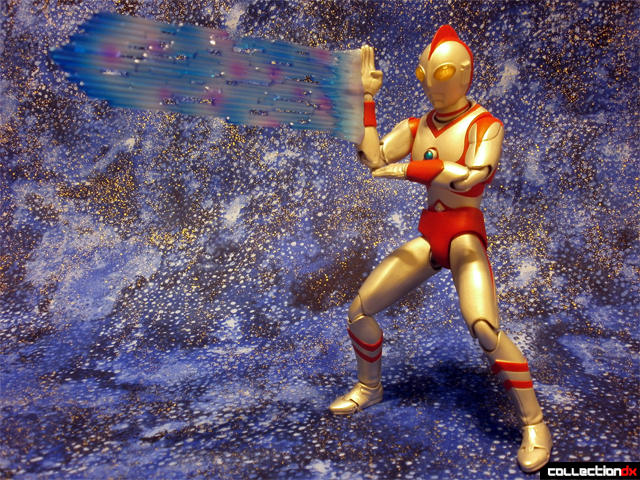 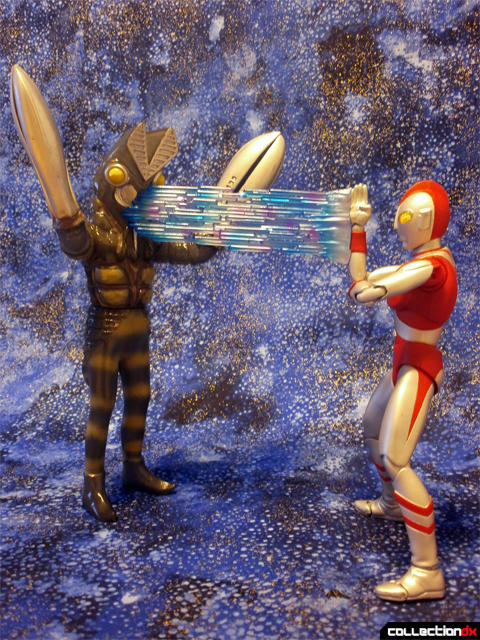 Last up is 80’s variation upon the usual Ultraman finisher, the Saxium Ray. The effect part has a hand molded into it instead of attaching to one of the other hands. 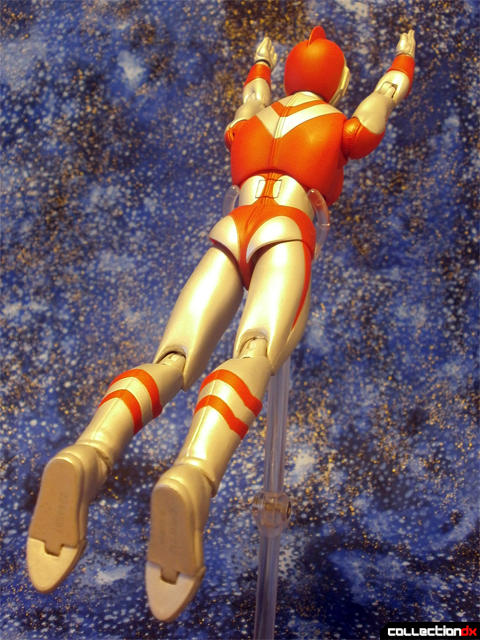 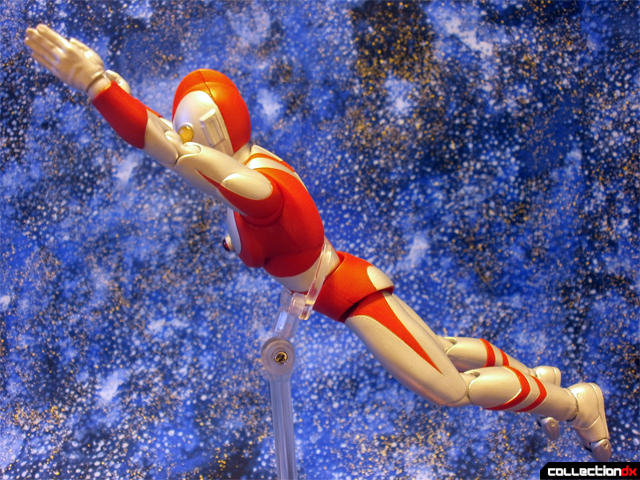 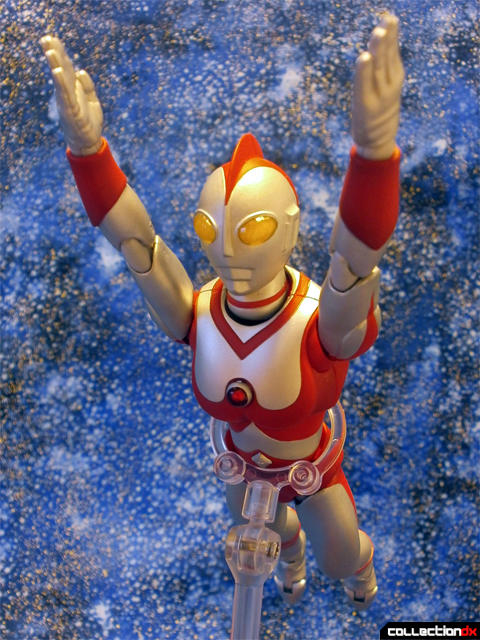 At the end of every episode, every Ultraman must fly off into the sky, and 80 pulls that off marvelously. SHUWATCH!

While Ultra-Act Ultraman 80 is a great figure, being a Tamashii Web exclusive makes him incredibly difficult to find for less than 150% of his original price. Even so I’d still recommend any fan of the series to add one to their collection.