To be honest, I don't know what I was thinking here. How else did I expect this to turn out? Was I expecting some marvel of engineering? To be fair, some of the egg-formers that Bandai Has put out have been kind of cool, but this? Have we gone too far?

The whole "egg that turns into a thing" started with Tamagoras, a line of toys from the 80s of eggs that turned into things. From there they were brought to the US as the Meteorbs from He-Man. That and they ended up in crappy vending machines. But in Japan, they went apeshit for the whole egg aesthetic, and in fit of nostalgia Bandai has brought out the whole egg thing in all sorts of lines, from Ultraman to Disney to Star Wars.

Which brings us to this thing. Egg Force. Stormtrooper. I like how they package it upside-down do we totally don't know its a stormtrooper torso. 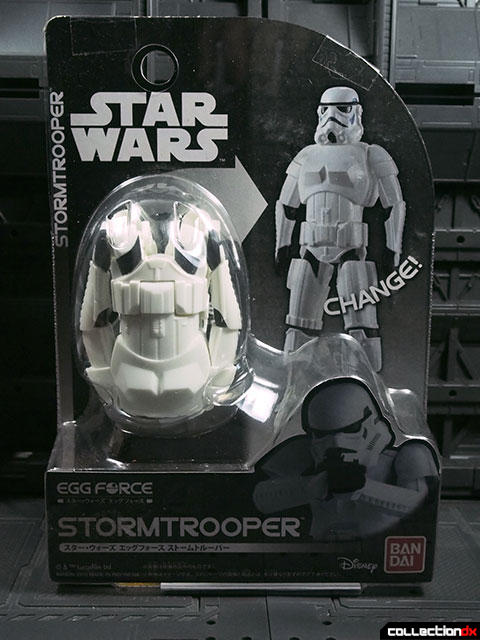 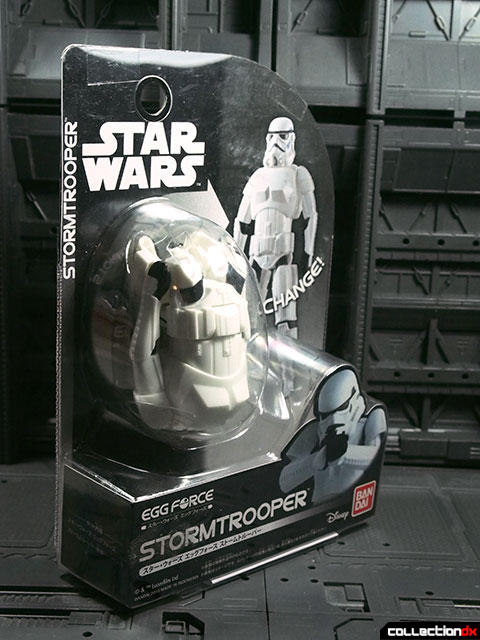 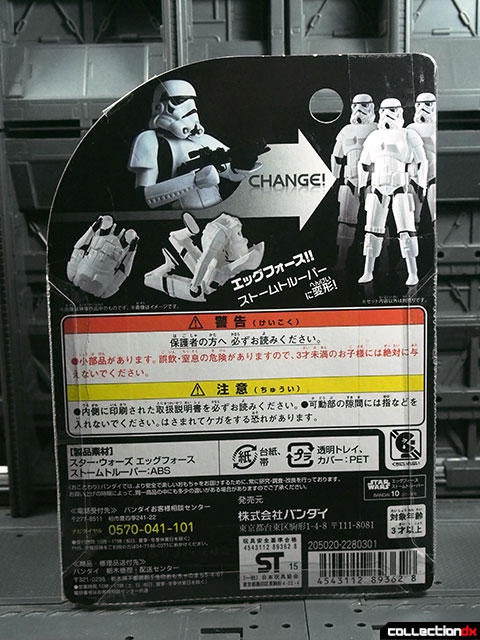 It's just lazy, I think. I mean, just looking at it you can tell what the transformation is going to entail. 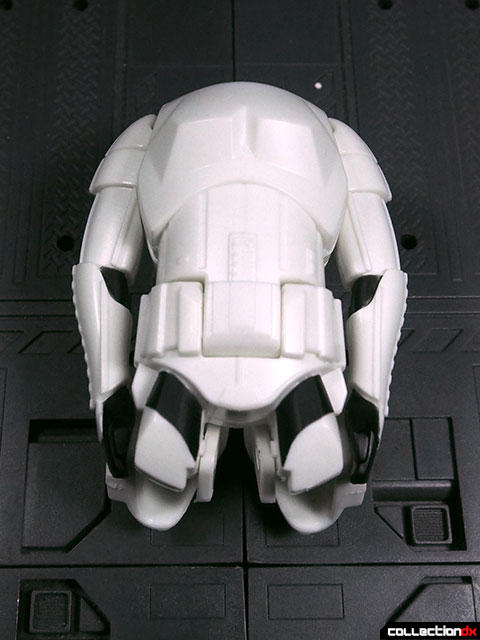 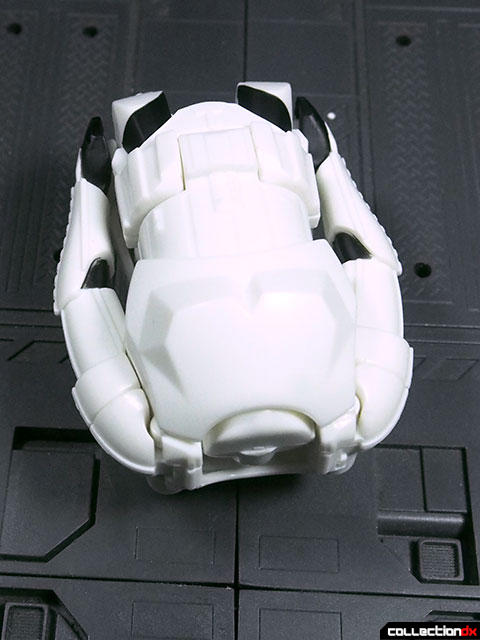 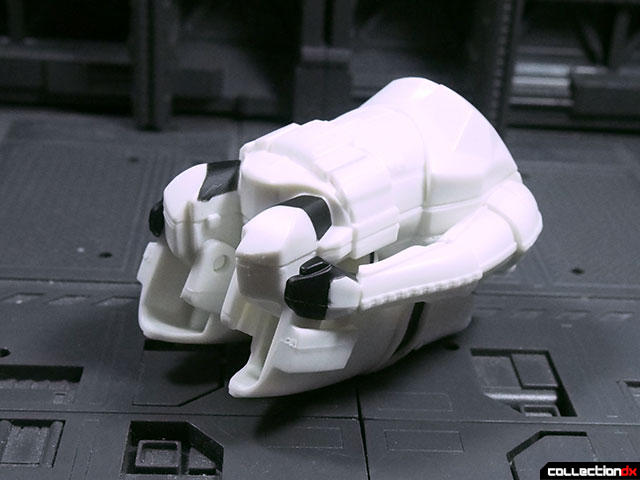 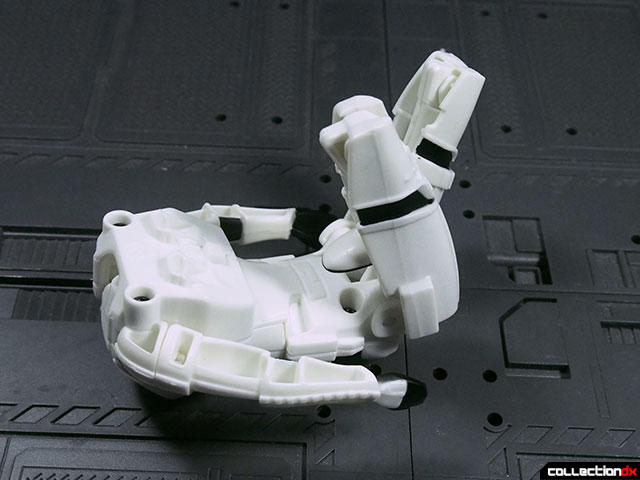 Unfold at the knees 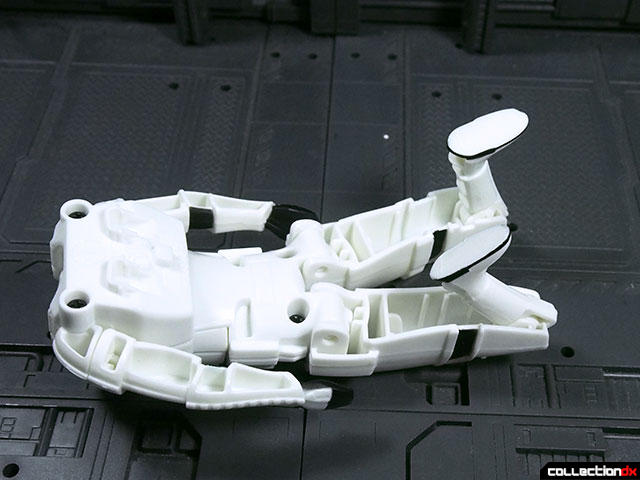 Take the head out of the chest 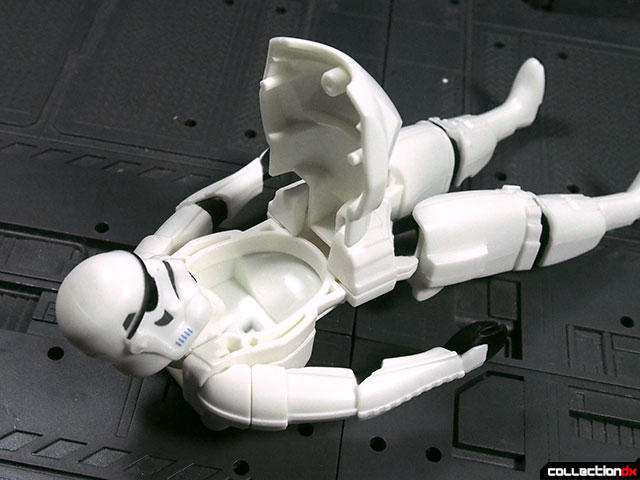 Try to keep from yawning. It's not even fun. 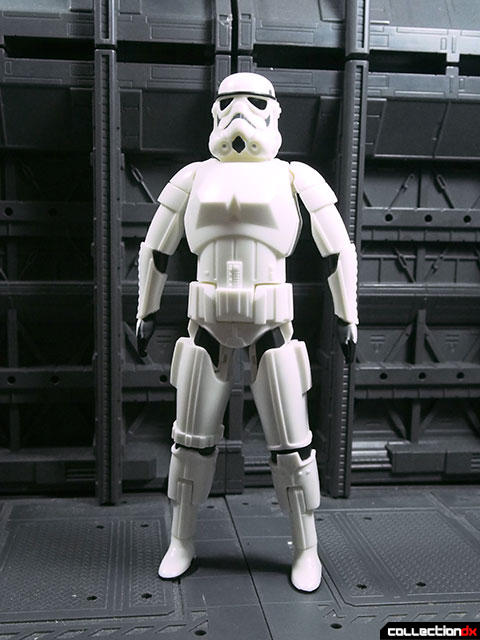 And the result is a barrel-chested Stormtroopetr which only looks moderately OK from the front. The arms move. Thats it. No gun. Boring. 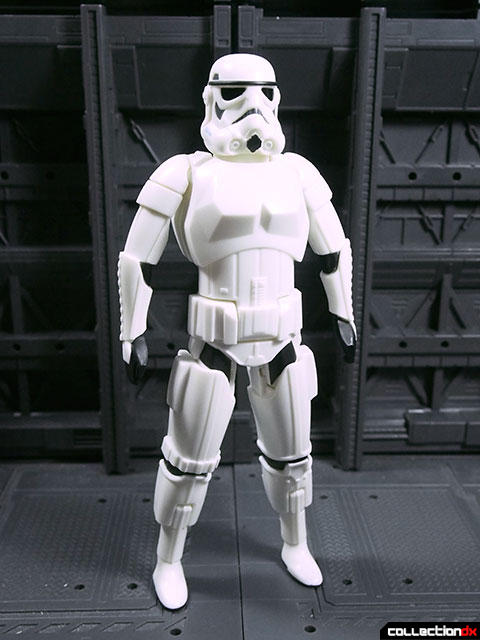 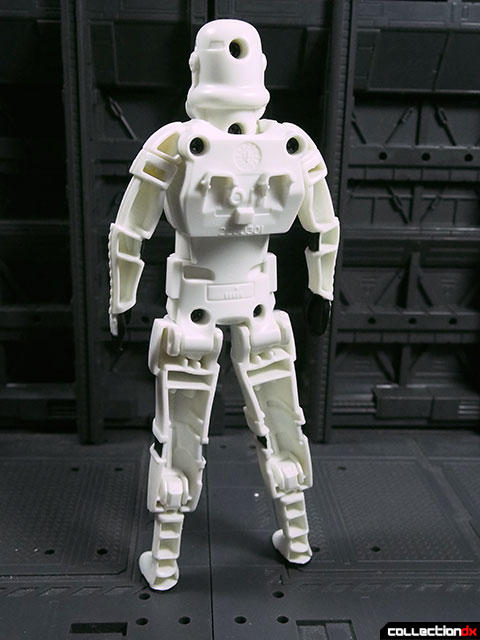 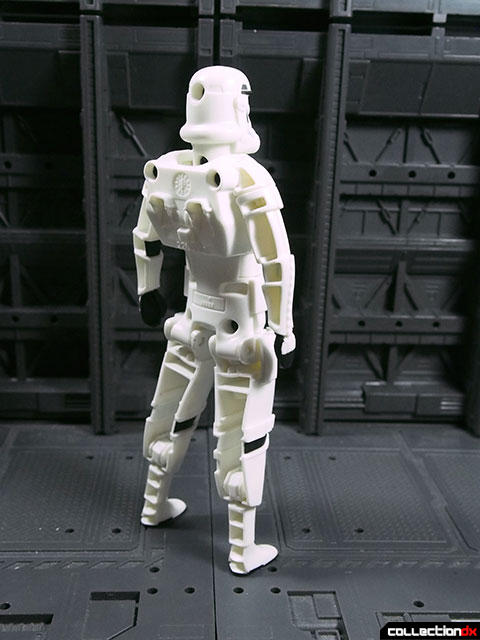 I can understand the Eggs that have an interesting transformation. If you've ever handled the Lightning McQueen one, you know what I mean. Some really cool things can be done here, but on this one they just phoned it in.