Let’s get it right out of the way. I hate the Gundam 00 movie. With that in mind though, the Quan[T] is a neat enough design. It’s a pleasant blend of elements from both the 00 and Exia with just a sprinkling of asymmetry. I always appreciate me some asymmetry. 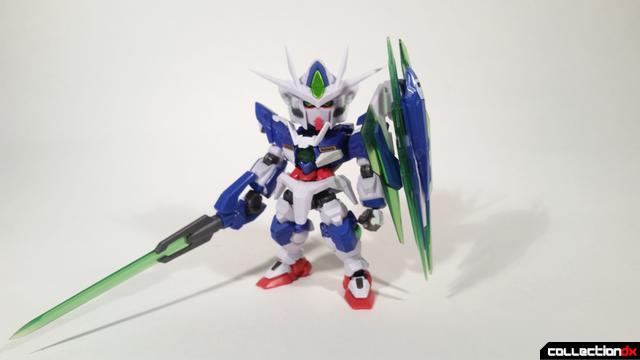 Now, I already have the 00 Gundam NXEDGE so when I first got this I thought I had my fair share of 00 representation already so this figure had to do a lot to impress me: and honestly? It managed to pull that off. 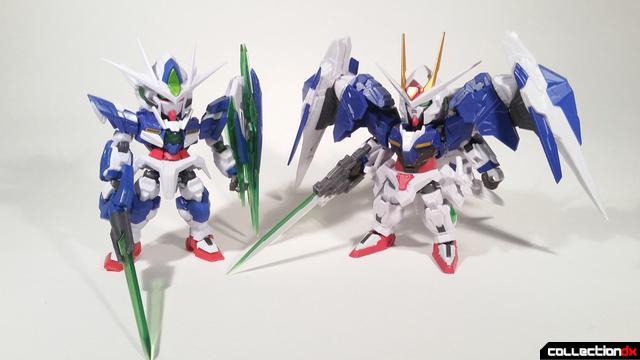 I think that unlike some of the earlier Gundam entries in the NXEDGE line, the Quan[T] doesn’t take as many super stylized liberties as other figures did. It’s very clean looking without too many extra sculpted details. 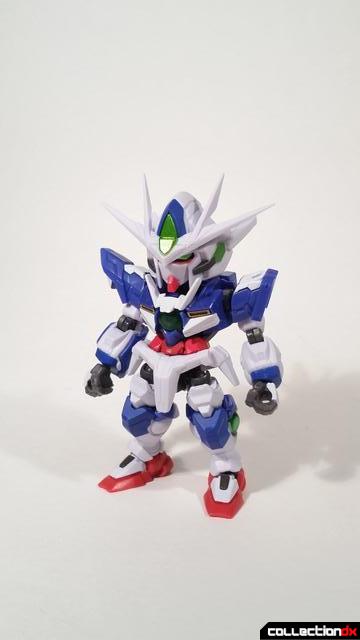 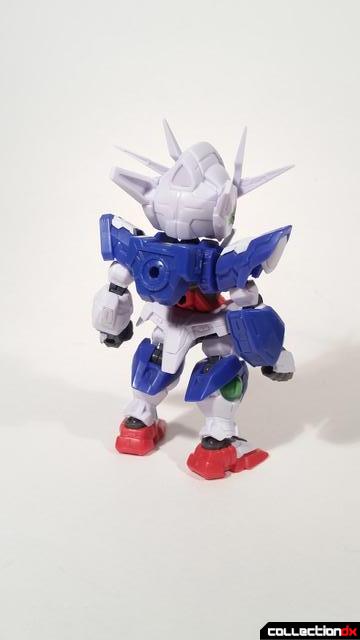 The paintwork is basic but clean on the figure and it looks lovely with its primarily blue and white color scheme. 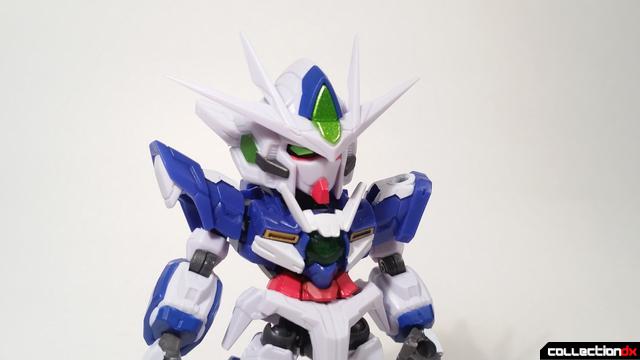 Without any of its extra accessories on it, the Quan[T] moves very well. The base design has very few extraneous bits that would stick out or impede its motion. 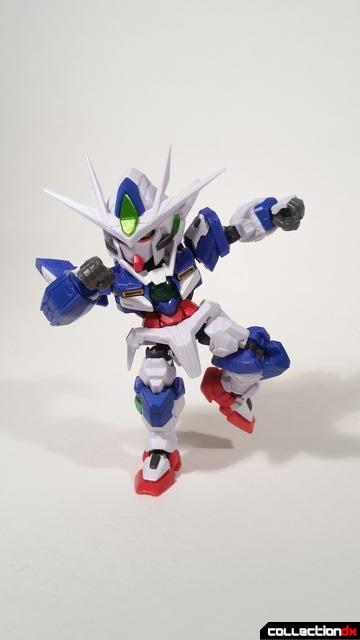 Speaking of which, the main accessories to the Quan[T] are its GN Sword and shield. 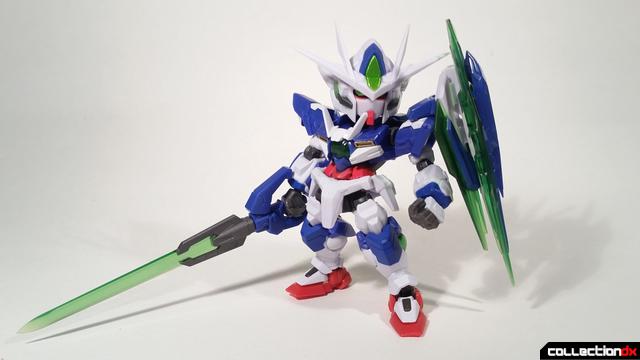 Although the sword is supposed to also have a rifle mode, you can’t do that with this particular version. 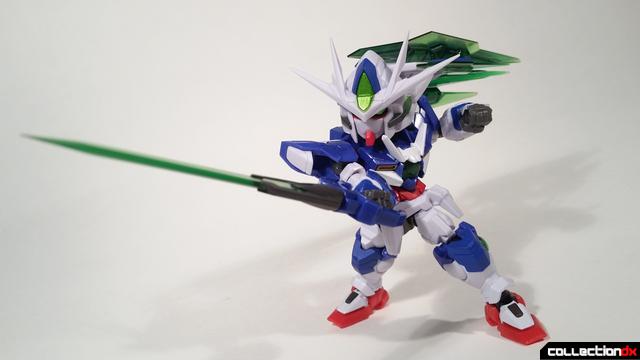 The shield pegs into the left shoulderpad snugly, and it’s actually ball jointed to allow it to swing around freely for dynamic poses. 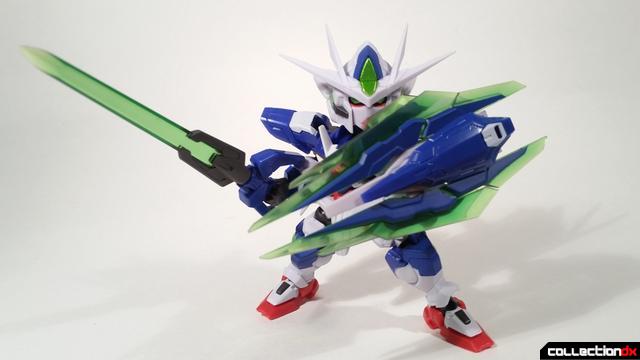 The GN Shield can also be pegged into the back as well. 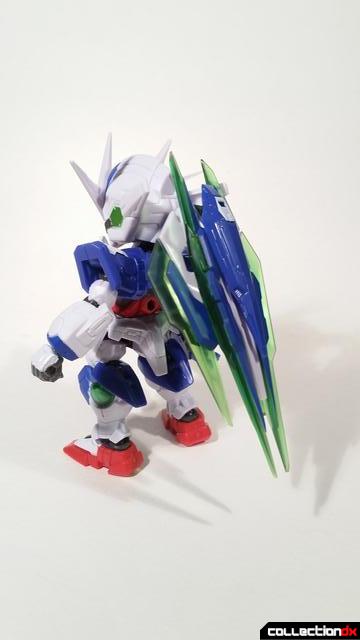 I think what surprised me the most with this toy is that all of the GN Sword Bits that are attached to the shield are removable. With that, you can do a few different things with them for neat display options. 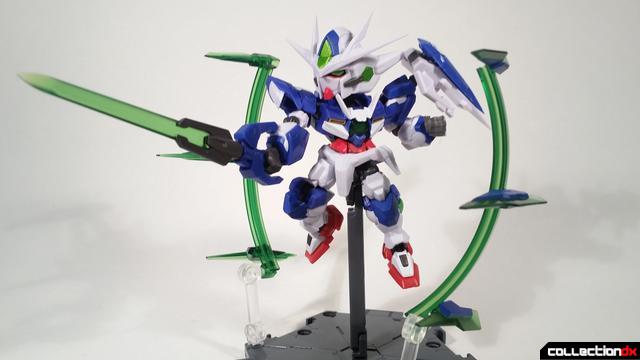 Two display stands are included to let you display the Bits floating in the air while the Quan[T] attacks with them, or use them to make a teleporting gateway thing. 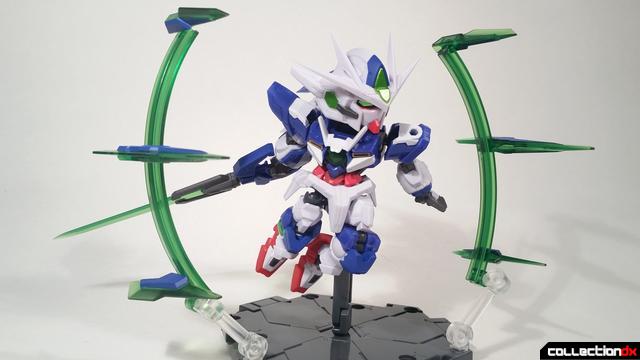 That’s not all they do. By swapping out the GN Sword’s blade with an alternate keyed one, you can create an even bigger GN Sword. 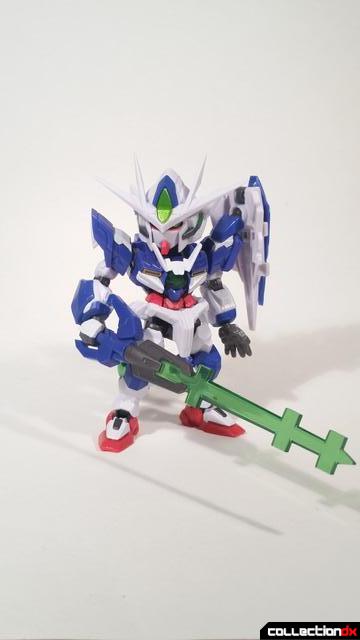 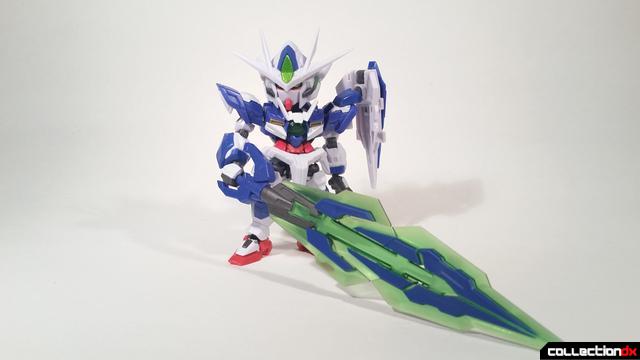 I do really love this and how big the sword is. Though admittedly it’s a little much for such a small figure, and requires the support of two hands to display properly. 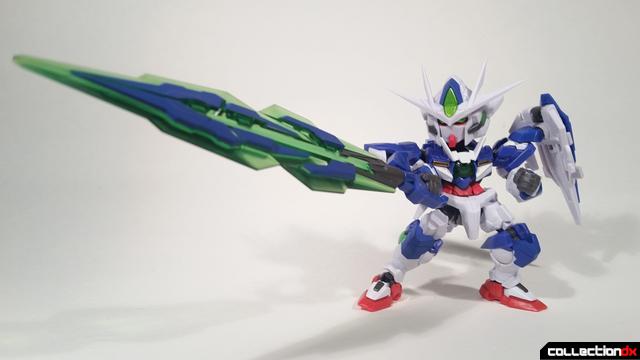 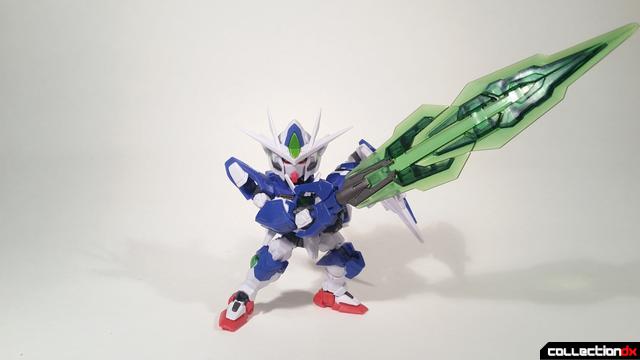 To top it all off, the Quan[T] comes with an effect part which can be attached to any Tamashii or NXEDGE stand. It’s a conical piece of clear plastic that would be great for stabbing motions or even ice attacks. The Quan[T] looks good with it, but I think it would look better with other figures instead. I just think of it as a nice bonus instead. 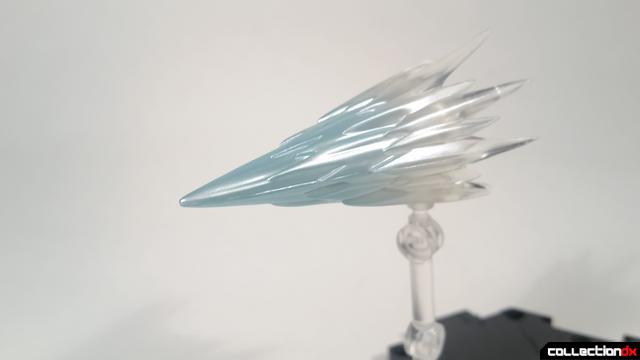 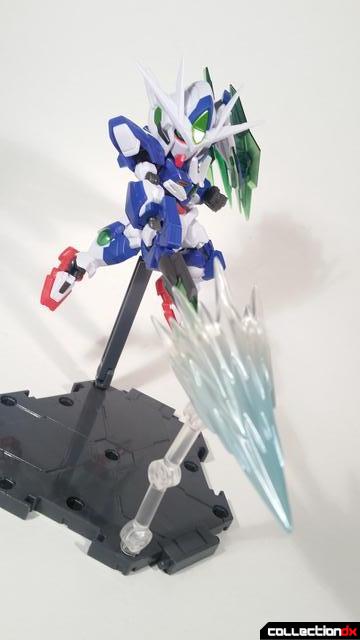 Despite how much I dislike the source material, this is a great toy. While the Red Astray is just a clean, fun toy, this is a figure that does a whole bunch of things with loads of bells and whistles to keep you entertained. 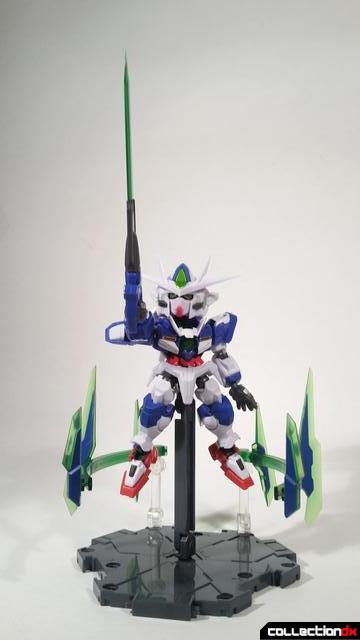