Review by The Fwoosh

It's weird how a toy can change your perspective on a comic book costume that you think you hate. Take the X-Men Legends Infinite Cyclops figure, for instance. When this costume debuted in the comics I hated it. Well, maybe hate is a strong word. More of a dislike, a preference for older and better costumes for Scott Summers. But as soon as I freed the figure from it's packaging I felt an overwhelming change of opinion. A good figure is a good figure. 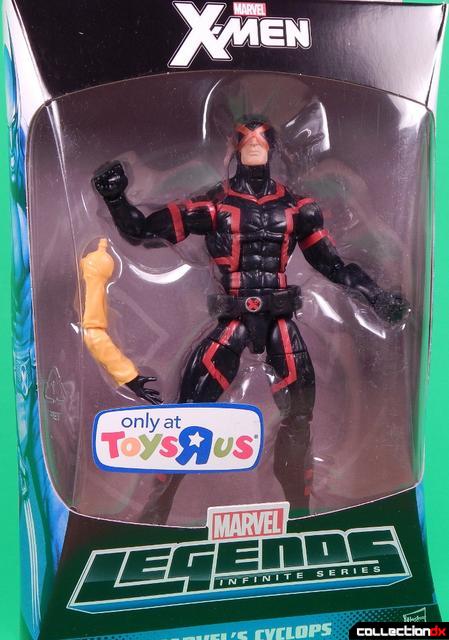 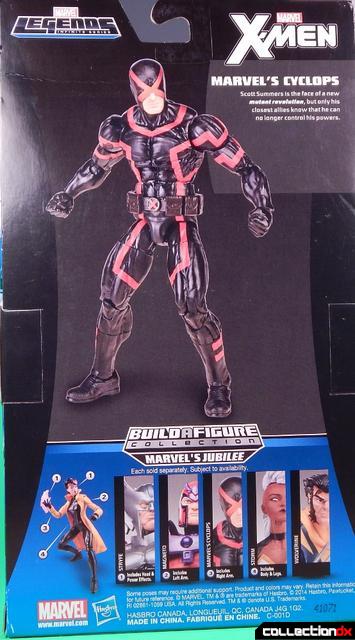 Standard packaging for all Marvel Legends this year. It's nice and all, but ultimately it goes out the door with the recyclables. 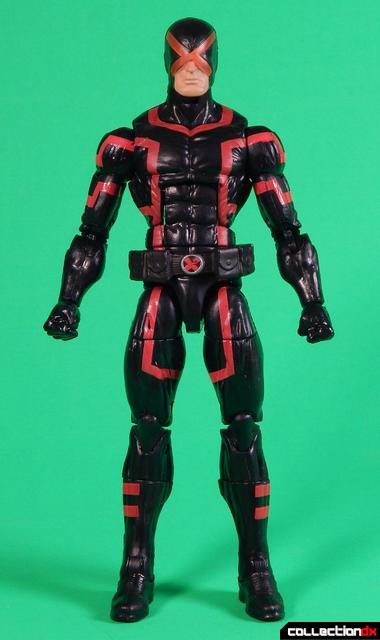 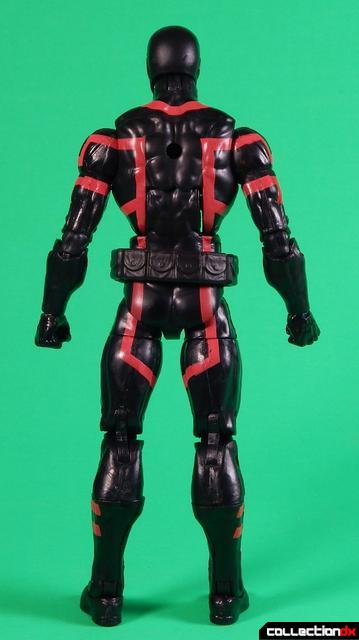 And now that I think about it, the figure can almost be described as "standard" as far as Marvel Legends go this year. And that's not a shot at the toy itself. Cyclops reuses the body that started with Bucky Cap and has been used for quite a few figures since. So there isn't really any surprise to be had when you get him into your hands. The new headsculpt is nice and the two fists may annoy a few people, but I'm completely good with the choice. Otherwise, you know the deal. For an articulation rundown check out the video review. 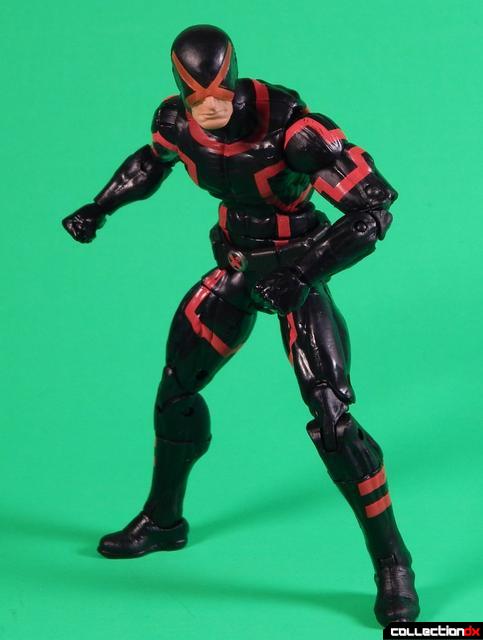 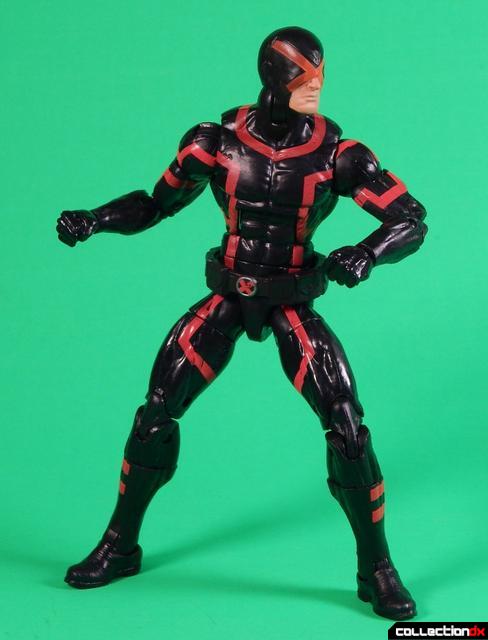 The paint on Cyclops is good for what it is. The figure is cast in black with red detailing and some flesh tone on the face. Aaaand, that's about it. The red does get thin in places and a couple of lines don't meet exactly. The biggest offender is the fact that red on the visor, or whatever you call the "X" on his face now, is a different shade of red than the red on the body. I don't know if this is intentional to show that it's not costume but a clear substance of some sort or something else. It's distracting but doesn't kill my enthusiasm for the figure.

Scale, again, you know what you are getting. He's a good size for a muscular, average height male. 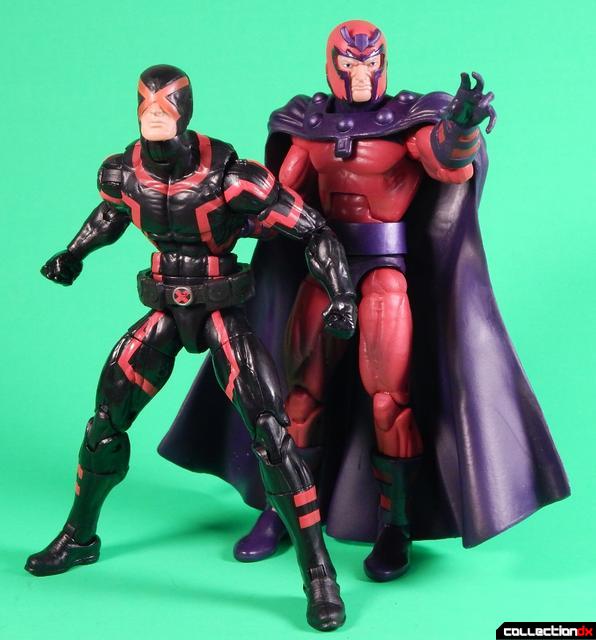 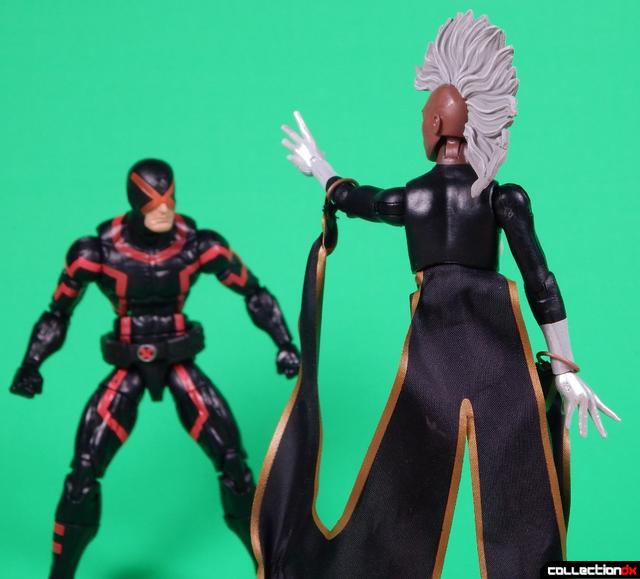 All in all, I say grab the figure if you see it. It comes with a Build-A-Figure piece of Jubilee, if you are indeed building her. And like I said, it may just make you change your mind about Scott's fashion sense these days. If nothing else it a good clean base for custom fodder.