NECA are really milking the Claptrap mold, it would be nice if they release the Salvador and Zero figures that they previewed OVER TWO YEARS AGO!

At least this time they added a few extra features to make things more interesting. 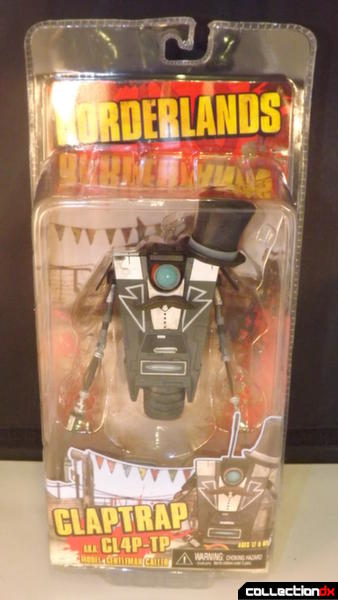 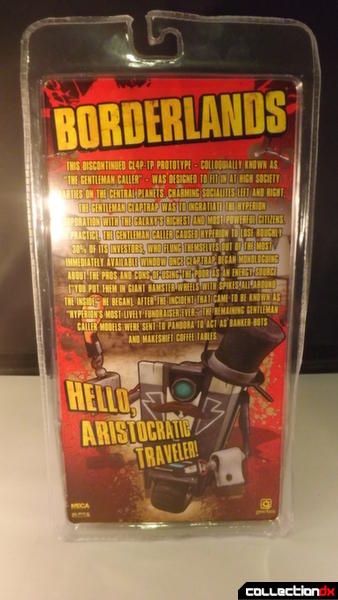 The packaging is the same as the other Claptrap figures, the write up on the back and character art are the only differences.

The Gentleman Caller only appeared in the Mad Moxxi Underdome DLC for the first Borderlands game as a banker in the main hub section. 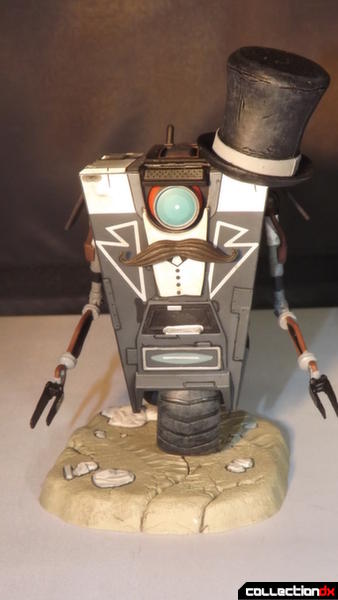 The paint is cleaner on this Claptrap than previous releases with only a few smudges and dirt showing up.
The tuxedo art looks good, and a few friends have said they like this version the most out of the four i own. 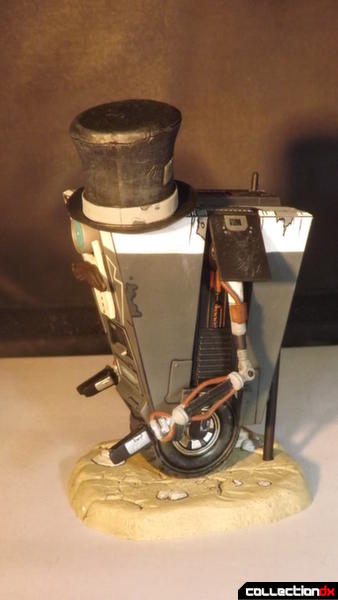 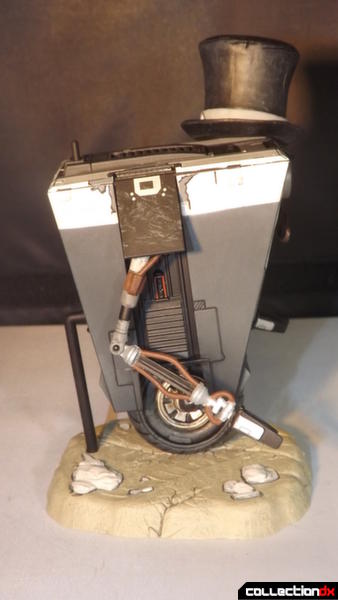 At the back of the figure is the same peg hole for the stand, i discovered the first stand with the original Claptrap had a shorter peg at the top, the three repaints have longer pegs so they hold the figure much better. 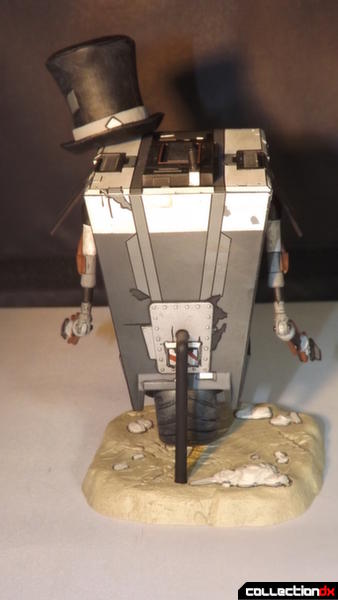 The ariel on top slides in and out and is held by friction, this is the most delicate part of the figure and i advise care as it could snap off if too much pressure is applied. 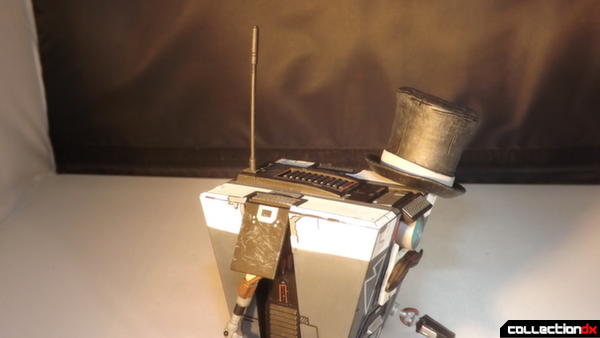 New additions are the top hat and mustache, these are molded plastic and are stuck firm to the figure, you cannot remove them.

I do like the mustache it gives him a lot of character and it's nicely curved at the ends for that Victorian gent look. 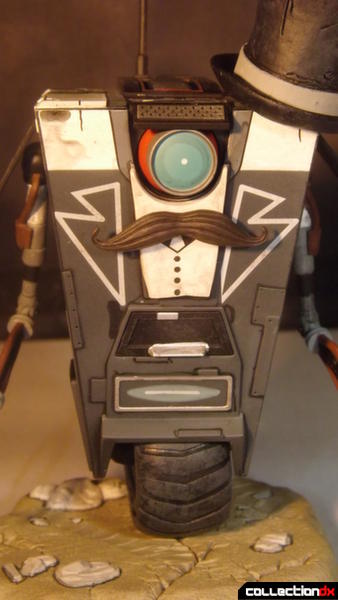 Articulation is the same as previous figures, swivel joint at the shoulders give outward and circular movement and he has a single elbow joint.

The eye is on a stiff ball joint and the three flaps on the top, above the eye and each shoulder are on pivot joints.

The wheel has faux suspension, it can be pushed in and pulled out slightly, though if you pull too hard the wheel will come off and can be a pain to get back on.

The wheel itself does rotate, but it won't roll freely. 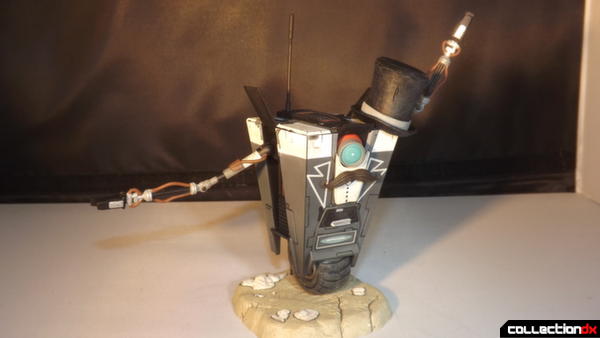 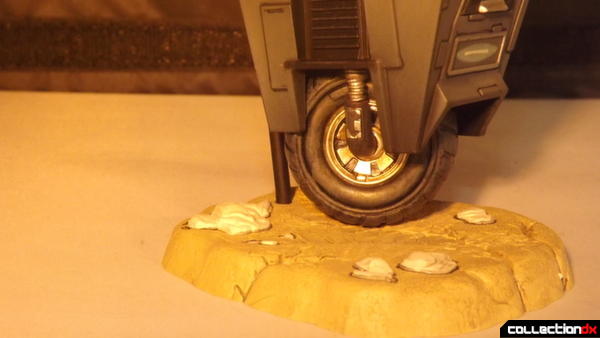 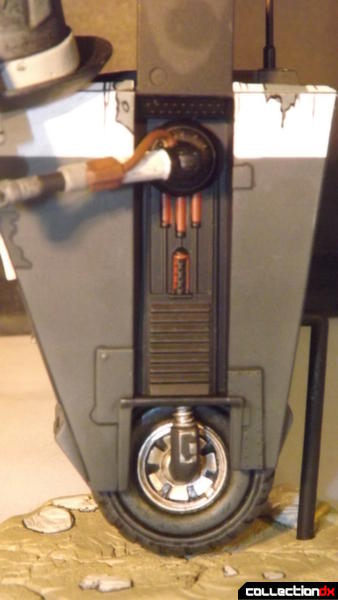 The final articulation is his torso drawer, which is the same as other Claptrap figures, get your nails into the sides of the drawer and pull out.

It can be quite difficult to get at with something small and/or sharp to get a grip with.

This drawer is also quite fragile and care should be taken if you have it open when posing. 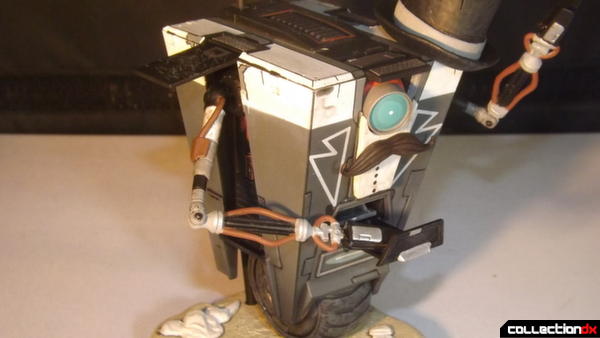 Accessory wise, this Claptrap actually has more than just the stand (which is exactly the same as the last releases), he has cuffs and a monocle. 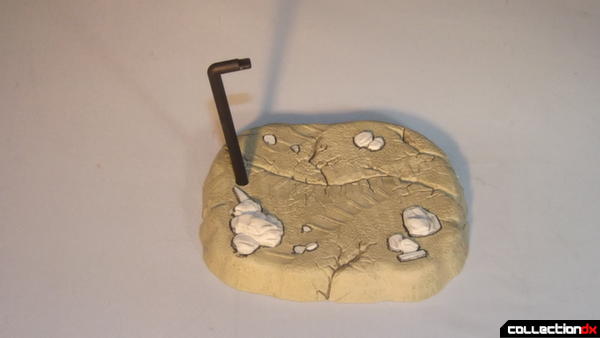 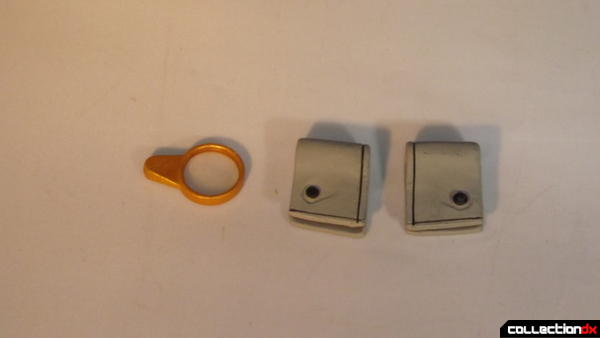 The cuffs are made from a hardish rubber and you attach them by pulling them apart slightly and sliding them over the forearms, they don't click together or anything, again it's friction holding them together.

The monocle can be held in either hand, though it's not a very secure fit.

A lack of wrist joint hinders posing with the monocle, i could only get one pose with it that looked convincing. 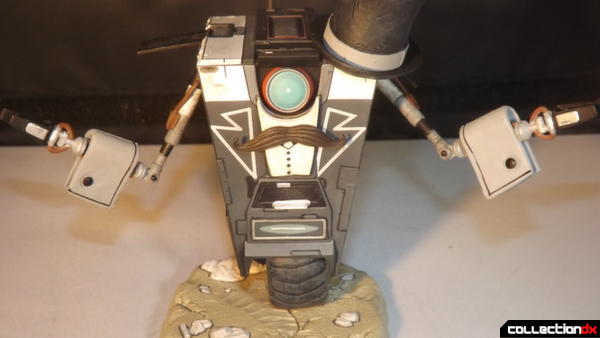 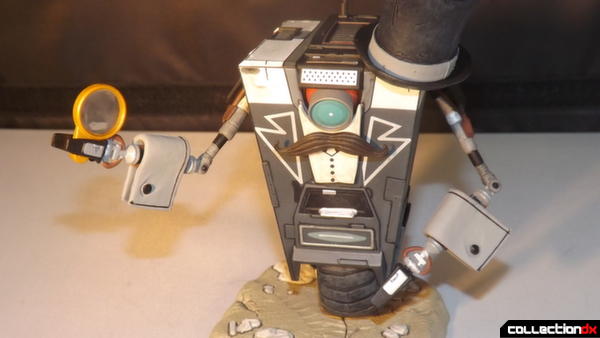 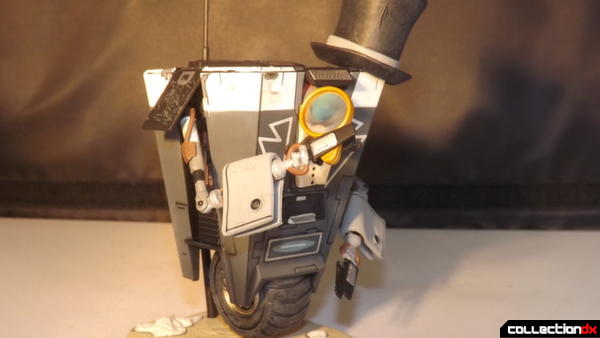 I think we can assume this won't be the last Claptrap mold we see, they`ve not made the black and white striped prison Claptrap from the General Knoxx DLC, the bandit armored red Taylor Kobb Claptrap from the first game, two or three molds from the Robot Revolution DLC, the Fyrestone Claptrap, Interplanetary Robot Assassin Claptrap which is basically the original yellow one with a red eye, and then they could just do a few more simple repaints in red, green, orange, purple and so on.

NECA could milk this line with little effort for years to come.

When people like me are crying out for other characters, maybe just having the main 10 hero characters from the first two games would be nice and maybe a Handsome Jack figure. 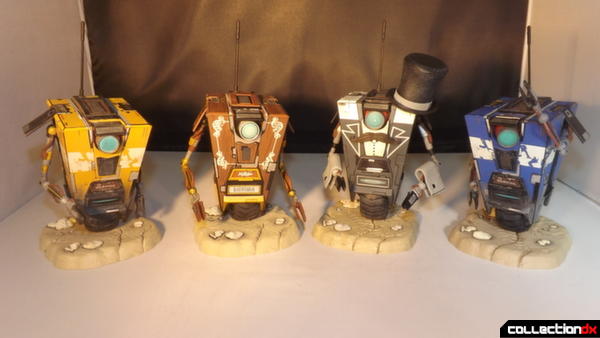 This line is becoming more and more just for the hardcore Borderlands fans, casual fans more than likely don't want 50 Claptrap figures, obsessives like me will buy them all and yet still resent NECA for not giving us what we want. 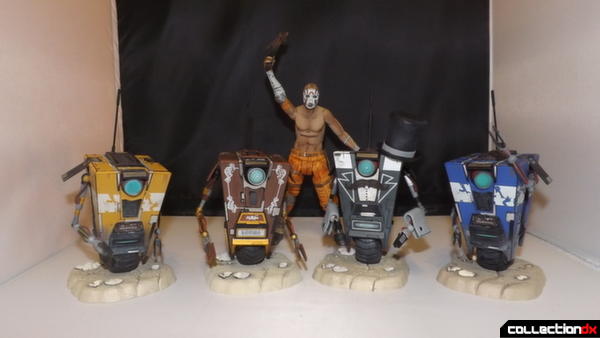