Love it or leave it, Sword Art Online was a giant of the anime world in 2012. Leading hero, swordsman, gamer, Kirito is a giant part of what made the show work. 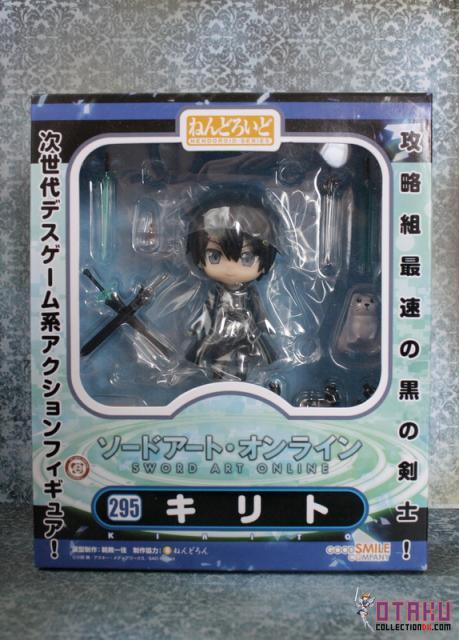 And in his case: 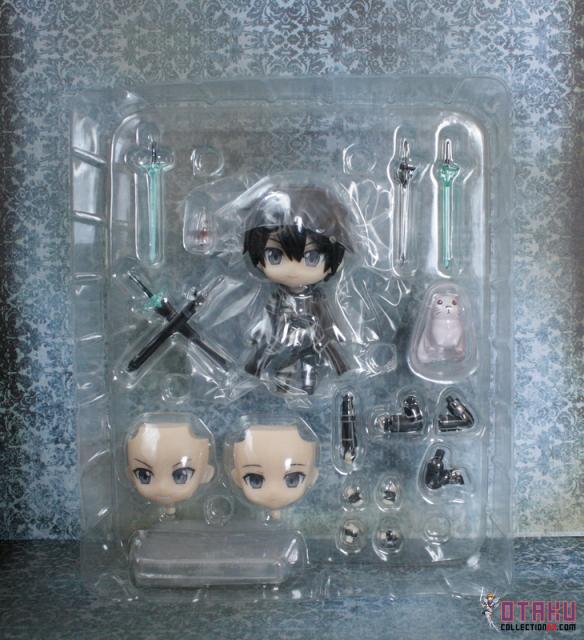 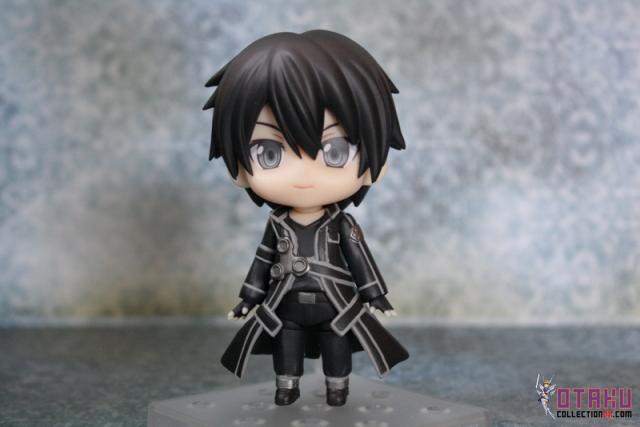 You can see that he is very faithful to his anime counterpart, from the straps on his jacket down to his boots. You can also see the good Smile craftsmanship in his hair, his eyes and that slight sag in his t-shirt.

Here’s a view from the back: 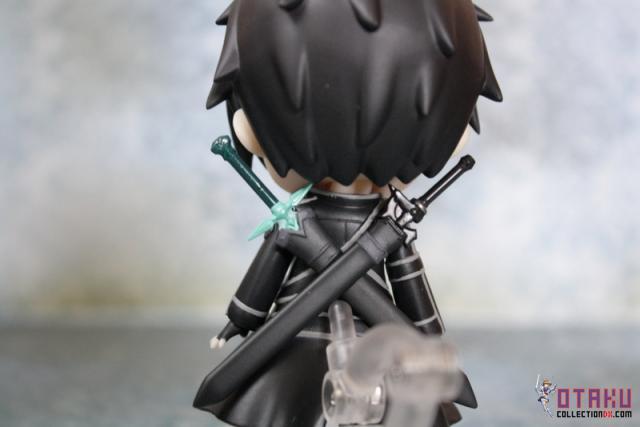 Dem swords. You can see how cool and accurate those swords are, and you can also see how the base plugs in just below where the swords meet. That base is pretty different from other Nendoroid bases. It’s a little persnickety, and if you wiggle it a little too much you’ll pop Kirito off the base (or the swords).

Incidentally, those swords are not actually swords - they’re plugs intended to look like swords in the scabbards. He does, of course, come with swords. 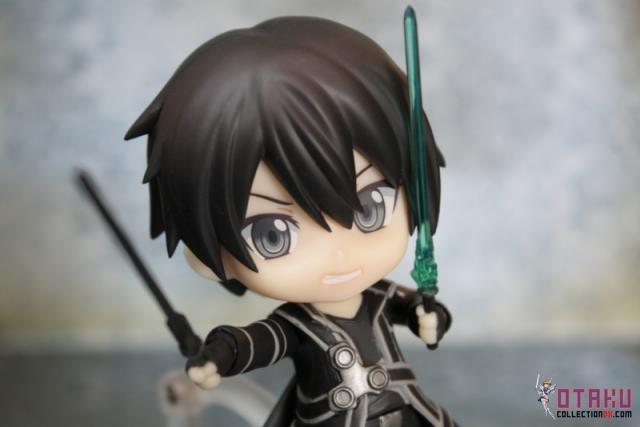 Because what is Kirito without his swords? 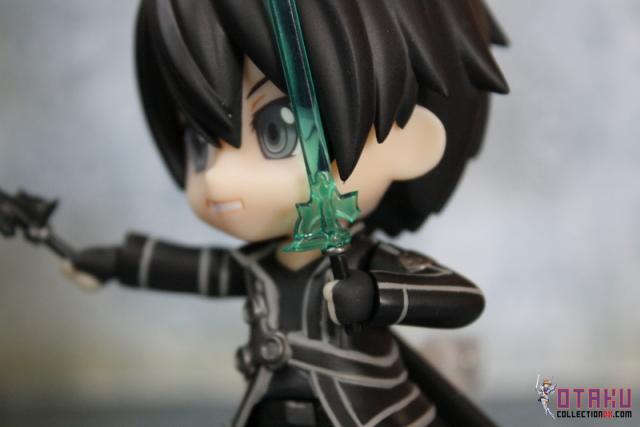 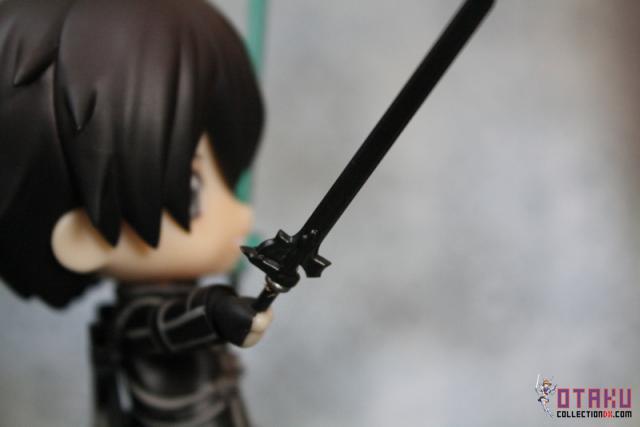 Why does he need those swords? So he can hunt, of course. 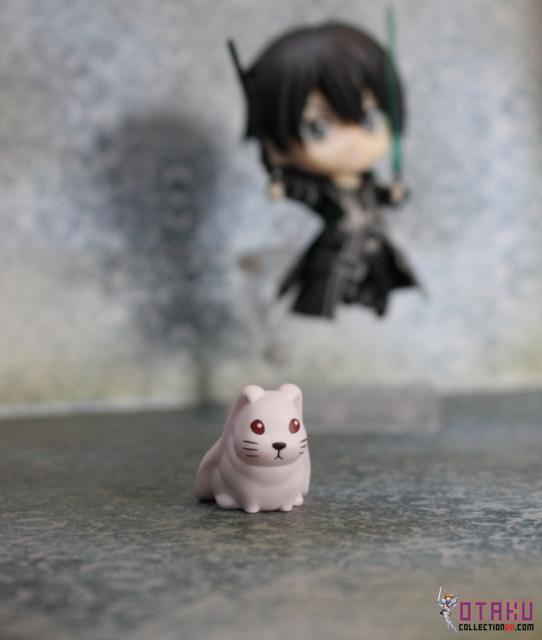 After all, he’s got Asuna to cook for him. 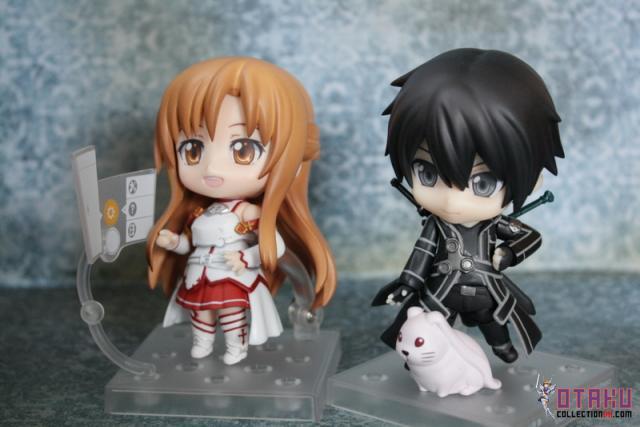 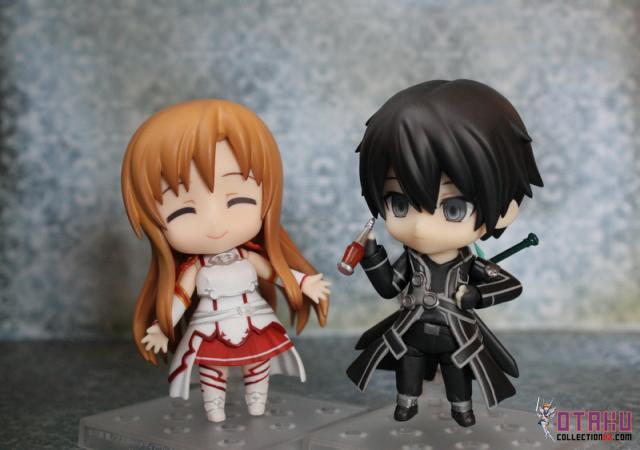 Kirito comes with three faces, including this game face. He also comes with two versions of Dark Repulser - the regular one and the clear one, which is made to look like it’s lit up for attack. 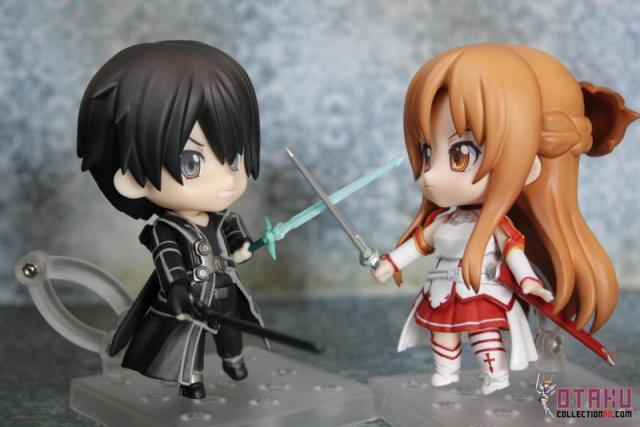 A fun item of note? You can trade swords between Kirito and Asuna. 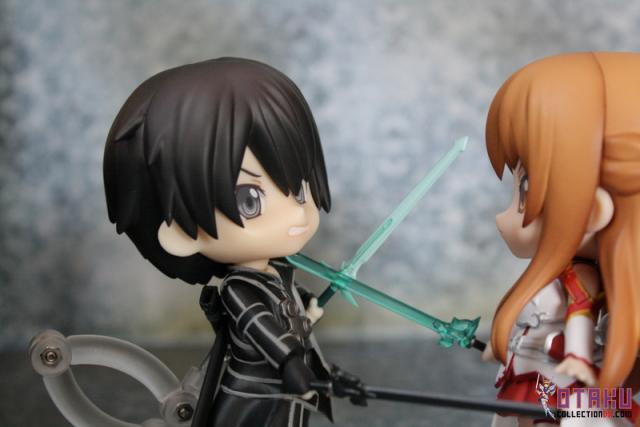 Wonder why she’s so pissed at him? Maybe it’s because she gets tired of girls throwing themselves at him all the time. 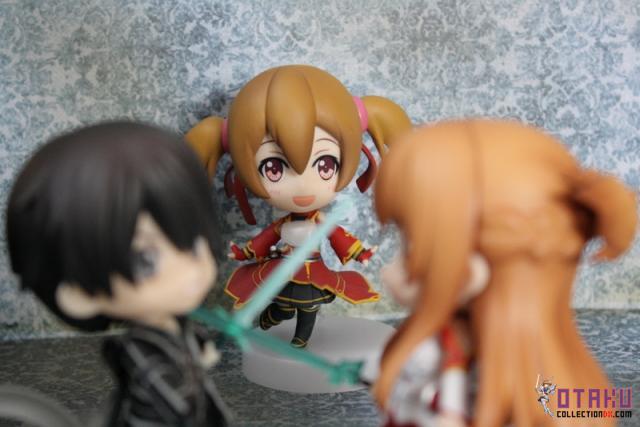 All in all? He’s a great figure. I have utter loyalty to Good Smile, because they’ve more than earned it over the years. I’d wanted Kirito as a Nendoroid since the first episode of SAO, and I’m glad to see they did him justice.