T-Elos is the mysterious android featured in Xenosaga Episode III: Also Sprach Zarathustra. She is designed as the new model of Anti-Gnosis weaponry to replace the previous unit, KOS-MOS. 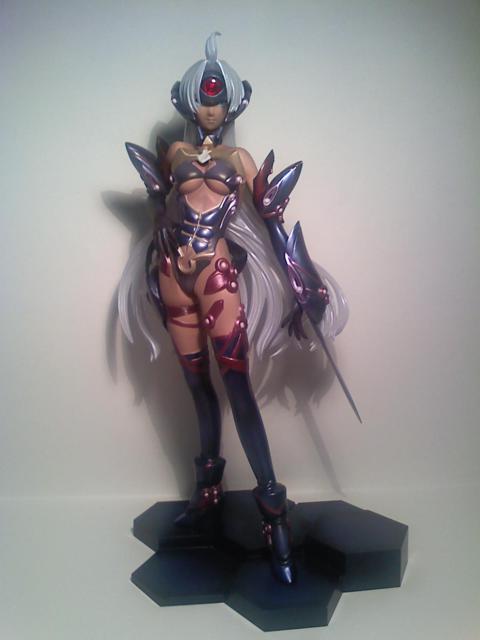 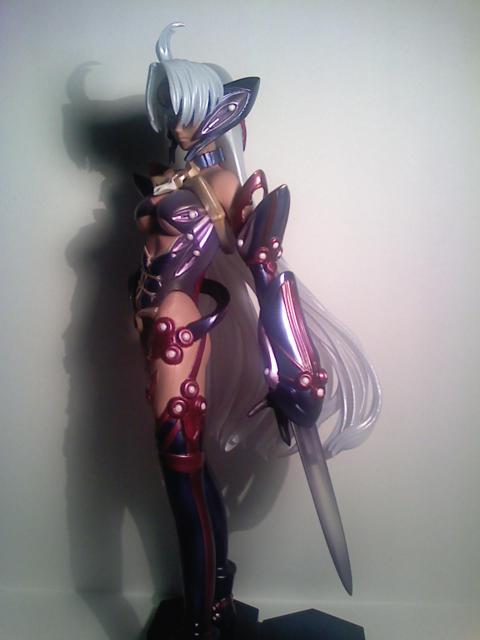 T-Elos is the opposite of KOS-MOS aesthetically speaking. KOS-MOS has red eyes, and T-Elos has blue. Where KOS-MOS is pale-skinned and mostly wearing white and blue shades, T-Elos has dark skin and purple armor with deep maroon highlights. 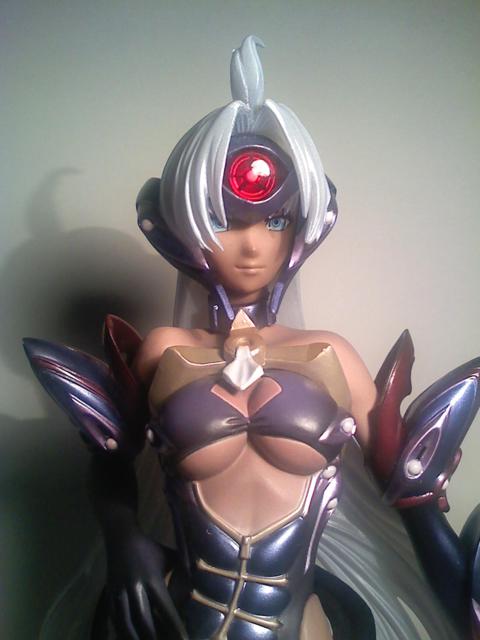 T-Elos actually bears a closer resemblance to the original version of KOS-MOS, with the one-piece swim-suit style armor along with the large jeweled head crest as well. T-Elos is inscribed into the headpiece with gold paint details nicely. 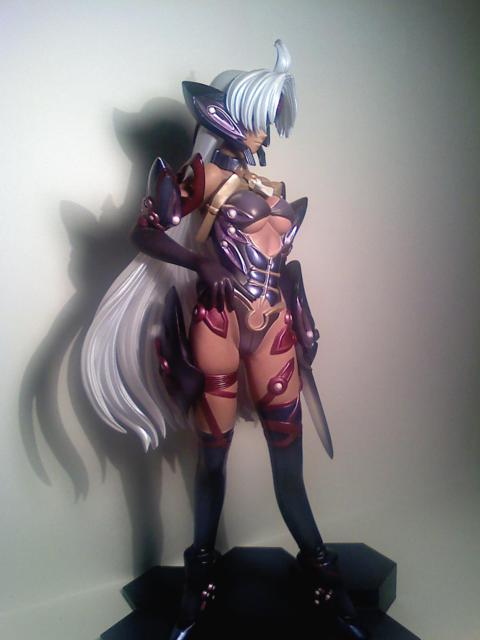 While KOS-MOS V.4 has a much more dynamic and striking pose, T-Elos remains much more calm and stoic. It's suiting for her character though, who often is very brooding and enigmatic. 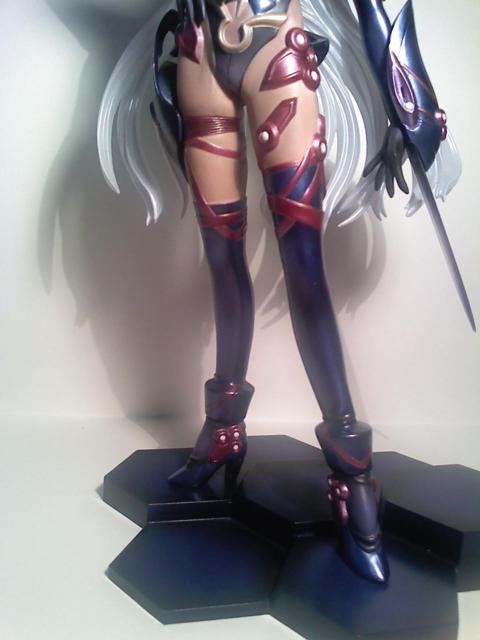 Although this pose really does help hammer in the fact that T-Elos very is long on legs. 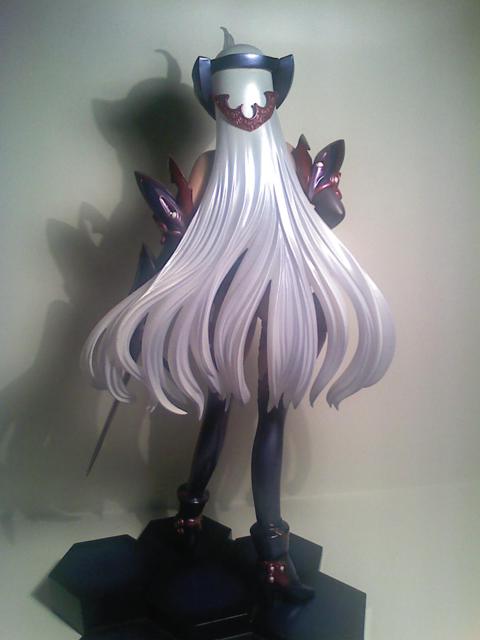 T-Elos' hair is done in an unusual translucent yet opaque plastic. Light can pass through it fairly easily but you can't actually see through it. It looks very nice and has a wispy feel to it, as if it's flowing gently through the wind. 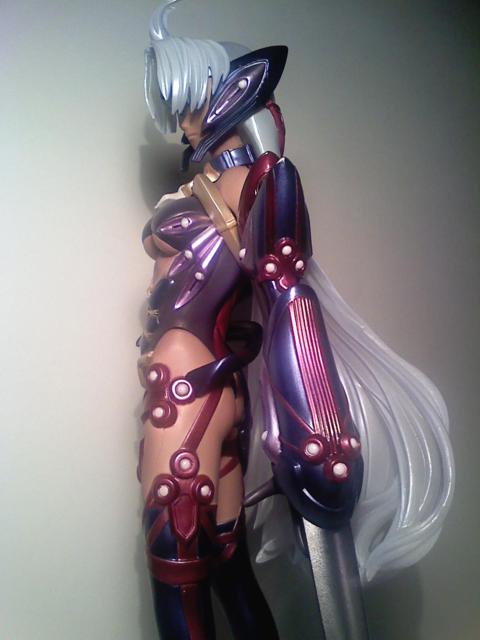 However, this hair's also probably the biggest flaw of the figure. There's just so much of it that you really can't get a good look at all of the detail put into the back. It also feels rather heavy and makes me worry that if a packaging mishap were to happen, maybe the head would just break off. 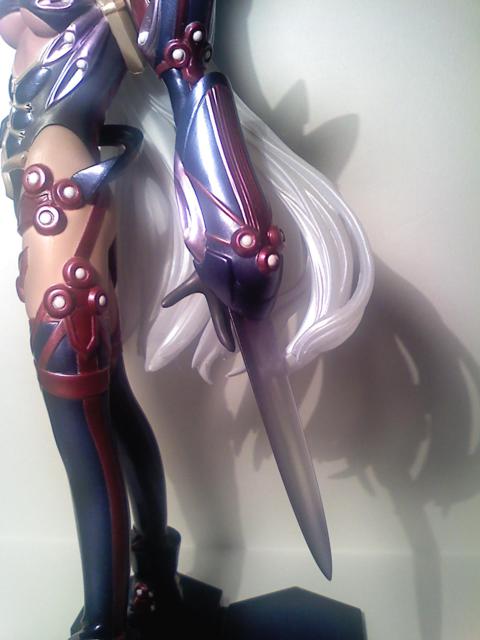 T-Elos doesn't have an really accessories aside from the L-BLADE weapon on her arm. The blade is done in a purple translucent plastic that nicely gets across the look and feel of a beam-weapon. 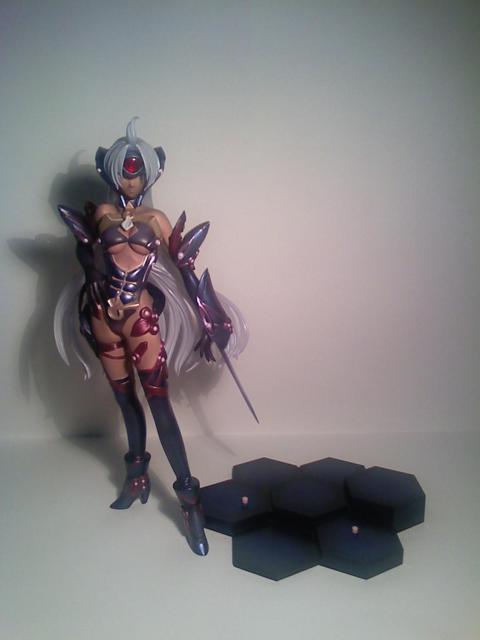 T-Elos' stand is done in the same hexagonal pattern that KOS-MOS's stand was done. She pegs in nice and securely. However because of T-Elos' simple pose, it's actually possible to have her stand without it and easily stay in place, so long as you're not shaking the table violent or anything mind you. 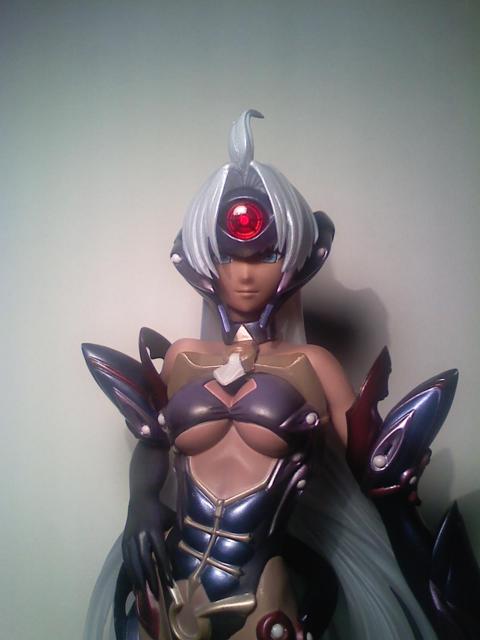 I think that between KOS-MOS and T-Elos, KOS-MOS is the figure that received more attention in terms of sculpt, detail, paint, and in terms of sales as well. I don't think that they're producing these pieces anymore and the price has sky-rocketed. While they were originally about 6000 to 7000 yen each, T-Elos averages for about $150, while KOS-MOS goes for $200. I think that you'd have to be a very big fan of Xenosaga or these character designs to pick them up at that price. T-Elos isn't a bad figure though, and if you can get it may be used at a lower price point, I'd recommend her. She's definitely the highlight of my personal figure collection.