This version of King Ghidorah (キングギドラ Kingu Gidor) is from the 2001 tokusatsu movie Godzilla Mothra and King Ghidorah: Giant Monsters All-Out Attack. Although King Ghidorah has appeared in several Godzilla movies, this sculpt is based on the version from this particular film. 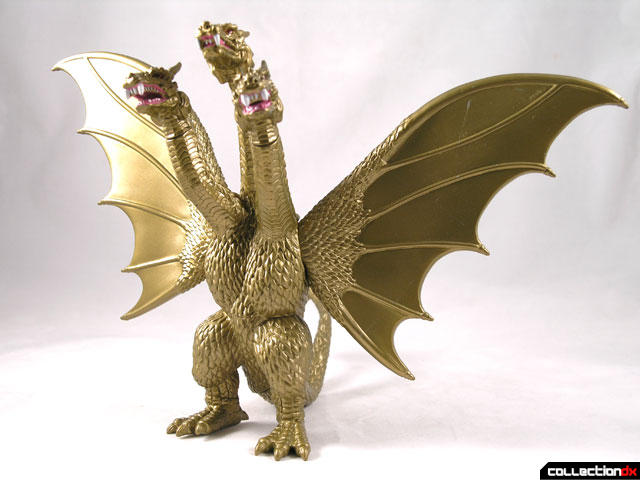 This toy is probably a reissue of a Japanese vinyl that was commonly hung by a tag in toy stores. Bandai Creation imported several of these standard vinyl figures for their American Godzilla line. In America, these toys were sold attached to cards, instead of hung from tags. 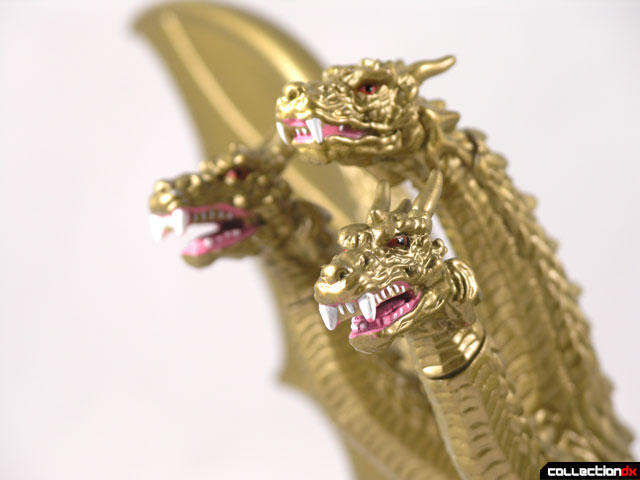 King Ghidorah is a large 8” vinyl figure with three heads and two tails. The only articulation on this figure is in the wings, and one joint in the tail. 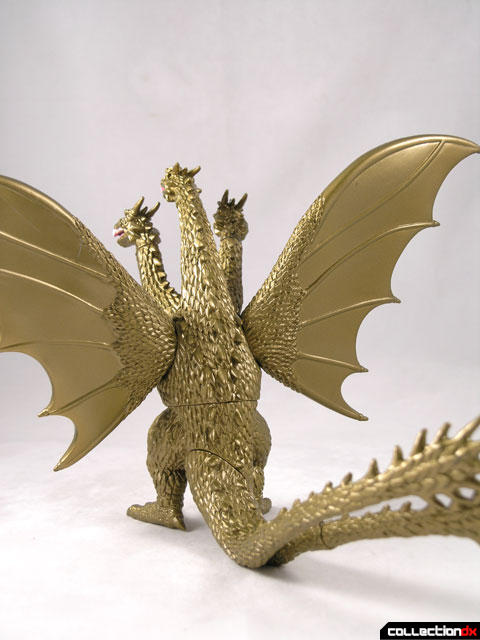 One problem I had with this figure is one of the tail sections began to separate. I had to super glue it back together.

What King Ghidorah lacks in articulation, it excels in just looking damn cool. Who wouldn’t want a golden three-headed dragon on their toy shelves? King Ghidorah is the ultimate Godzilla villain. If you have Godzilla, you need King Ghidorah. 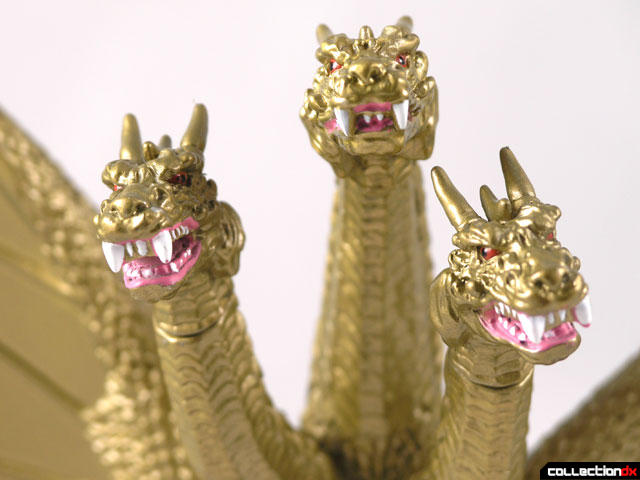