I'd first like to thank Yamato for making what turned out to be a really pleasant surprise that I never knew I wanted. Confused? Then read on.

I'll first tell you that I love the old Takara Votoms mech toys, and the part of my collection that is displayed consists of mainly Japanese robot toys. I made a conscious effort about 18 months ago to pack away certain types of toys. I wanted my collection to look good as a display, and not a random smattering of different genres. So into storage went the Star Wars, superhero, and videogame character toys. Now the shelves are nothing but Japanese robots, and many people have said the display looks much better.

Now you may be wondering "Why is he telling me all this when he should be writing a review of a character toy?". Good question. Here's the answer; Yamato blurred the lines with its Chirico figure. At first I thought I could easily pass on the pilot and just buy the Scopedog. I mean, it is the robots I'm interested in right? True, but the months of pictures before both products came out gave me plenty of time to mull over this conundrum. I eventually came to the conclusion that I'd feel like I "missed out" if I had the Scopedog without Chirico, so I went ahead and ordered it. I got it about a month after the Scopedog, and I have to say, displaying the 'Dog that first day without its pilot just didn't feel right. 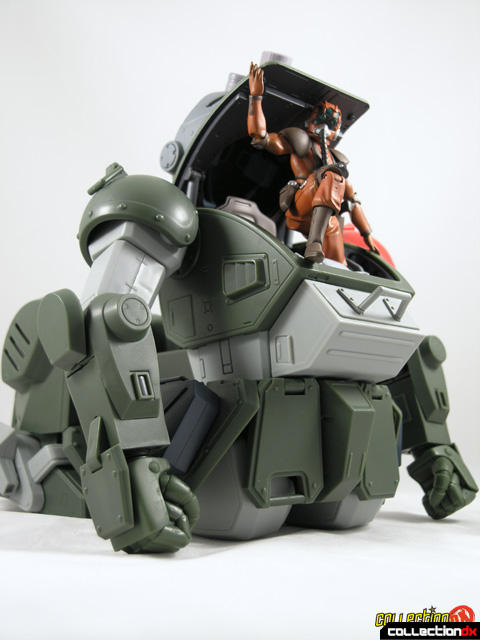 A companion piece to the amazing 1/12 scale Scopedog, the Chirico Cuvie action figure is a must have all on its own. Cuvie features an impressive 20 points of articulation, including a special double jointed hip allowing the figure to be seated in the Scopedog's cockpit. Cuvie also comes with a set of 16 accessories including flight helmet, gun and 6 sets of extra hands! Window boxed, Cuvie is sure to gain the notice of action figure collectors and fans of the Armored Troopers Votoms anime!

The box is a nice window box with a bookflap cover. The toy is secured to a plastic tray, held in place by the dreaded twist-ties. 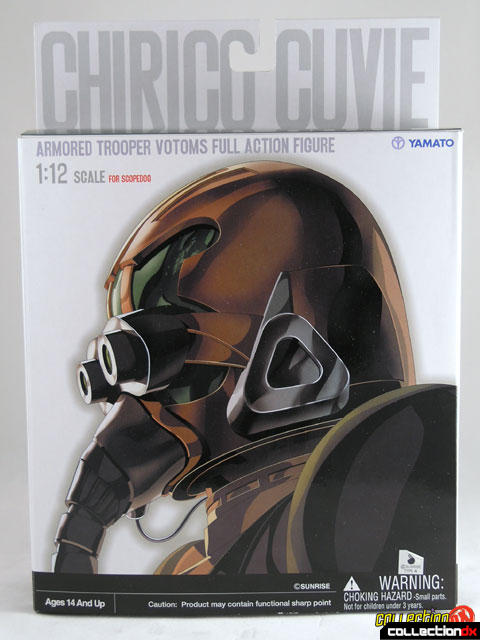 The toy stands about 5.25" tall and is made out of a soft plastic, the same stuff as most Kaiyodo figures. It's insanely poseable, but initially freeing up the joints can be a harrowing experience. You feel like you're going to break it, but once the stuck joint frees, it's fine. This was only a real problem with the legs and the double joint system. Chirico has a swappable head - you can switch from normal head to helmet with breather mechanism. His gun can also fit in to a holster on the belt. Parts swap with ease. 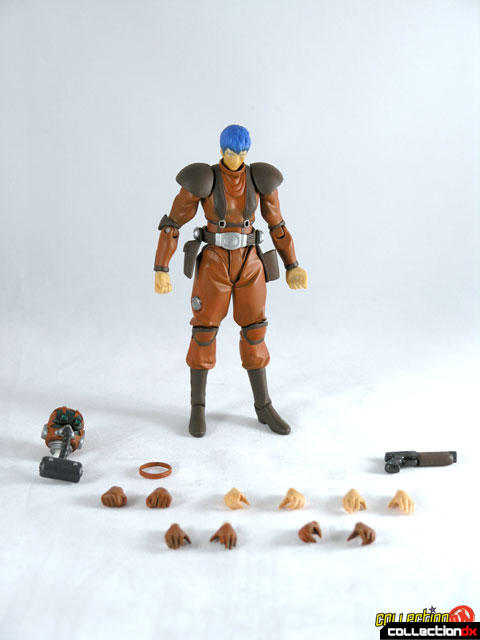 Finally when Chirico arrived I first took photos of him in different poses with different hands, and other options. 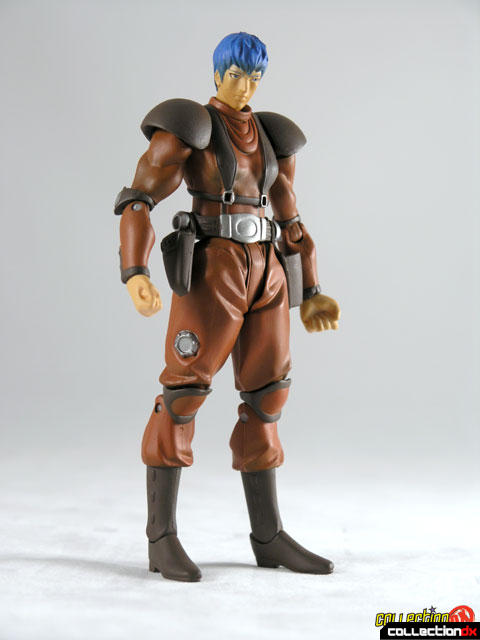 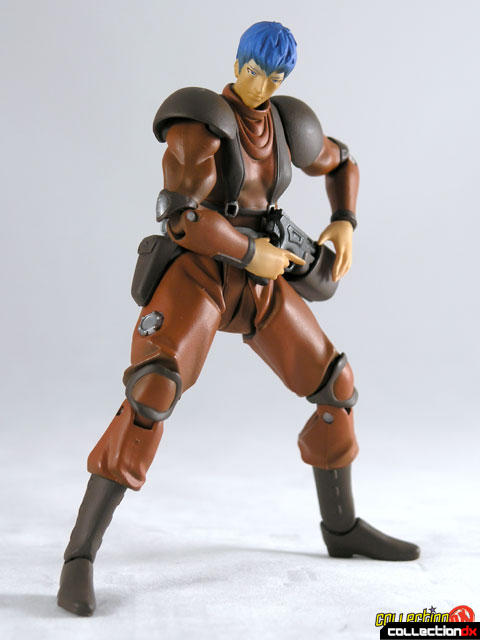 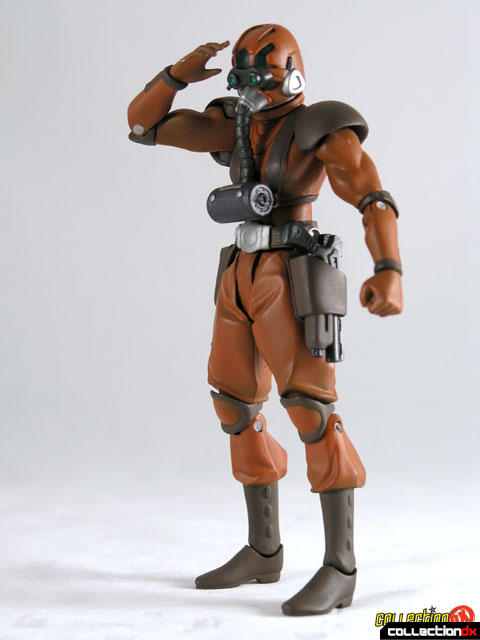 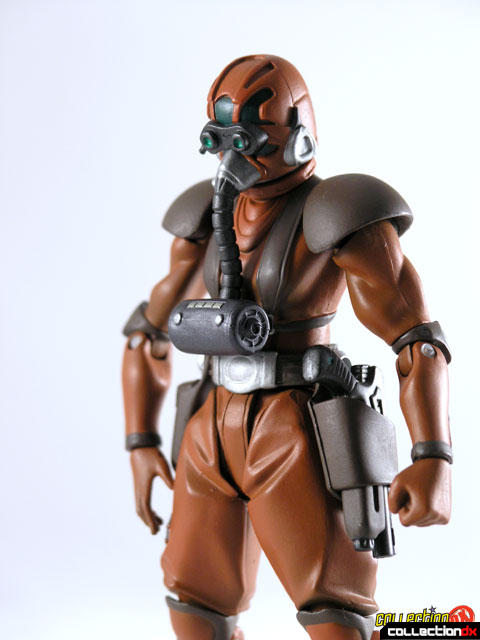 The magic then happened the first time I put him in the cockpit. I knew I had made the right choice. Chirico made the Scopedog come alive, and I can't recommend enough that you pick one up if you already have a 'Dog sans pilot. Those of you that have beheld the magic first hand know what I'm talking about. Months of magazine and internet pictures can't compare to seeing this in person. 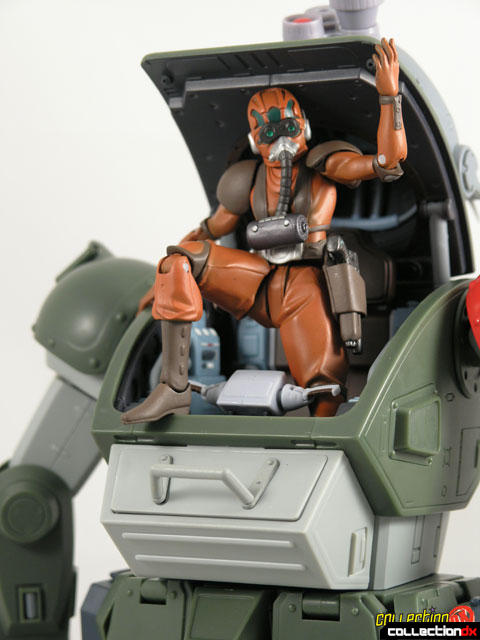 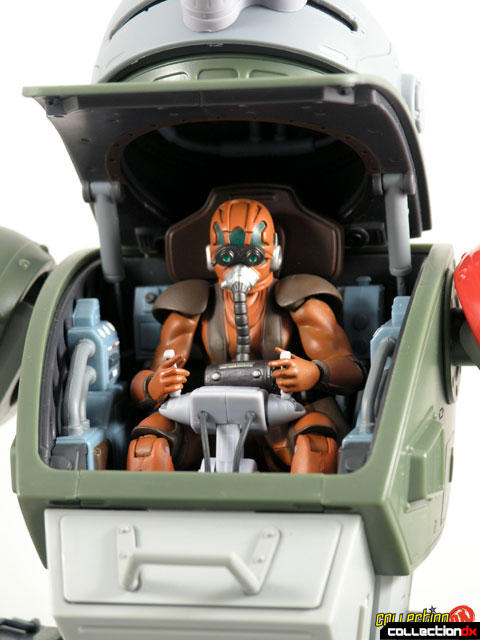 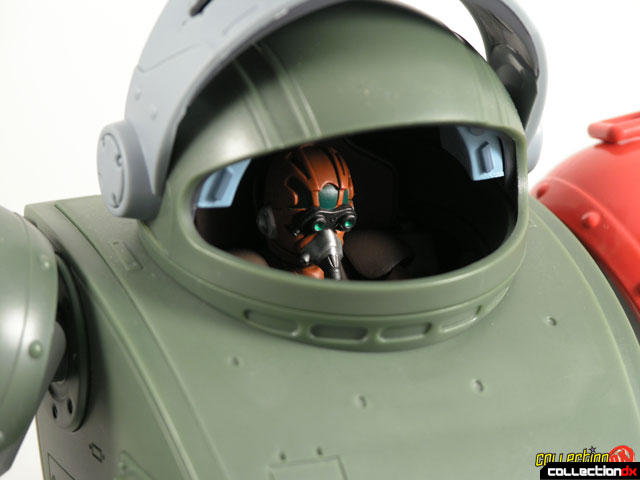 Now, going back to the first paragraph and knowing that my (displayed) collection consists of only Japanese robots, I'd say I'd even buy this figure to display alone.