HEAVY SPOILERS FOR THE SERIES ARE SPREAD THROUGHOUT THIS ARTICLE. If you are watching the series and haven't gotten to the end of the Hades Inferno arc STOP READING. You will spoil some of the more dramatic and important events of the series. Seriously... I can't emphasize this enough. For the rest, read on.

From wikipedia :
“Mu is very soft spoken, with a scholarly-like personality; his demeanor is very tranquil and logical, almost as if he is a professor of the Sanctuary. Various official translations of the manga and anime, as well as Mandarin language Saint Seiya fans, tend to refer to the character as 'Lord Mu' or 'Mister Mu'. He is good friends with Taurus Aldebaran, and is very respectful to the 243 yr old master Libra Dohko." 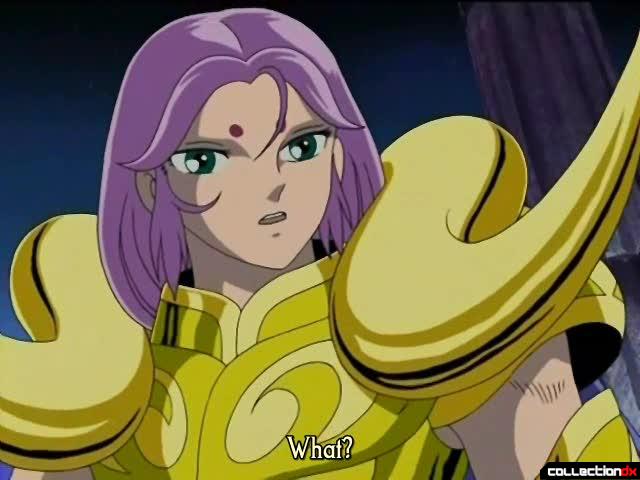 "Before the start of the series, Mu removed himself from Sanctuary after suspecting that his mentor (and then-Pope), Aries Shion, had been quietly assassinated. He relocated to Jamir, a mystical land that only those with a high level of either psychic or Cosmo power can enter. From here, Mu severed all ties to Sanctuary and lived a life of solitude with his apprentice, the young psychic Kiki. It wasn't until years later, when he met Dragon Shiryu and Pegasus Seiya, that he began to become involved in the affairs of Sanctuary again." 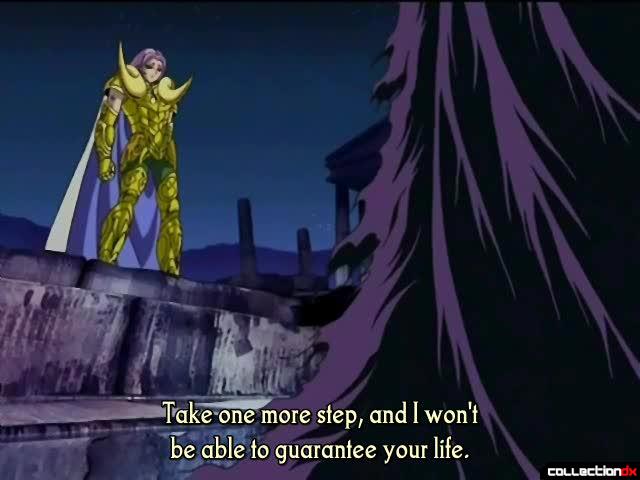 "Throughout the manga and anime series, Mu is the man to go to when a Saint needs his or her cloth repaired. Although every individual Cloth has the ability to regenerate itself after a battle, a hands-on restoration from Mu is needed if a cloth has been severely damaged to the point of death. In normal cases, 1/3 of a person's total blood supply is required for Mu to begin work right away. “ 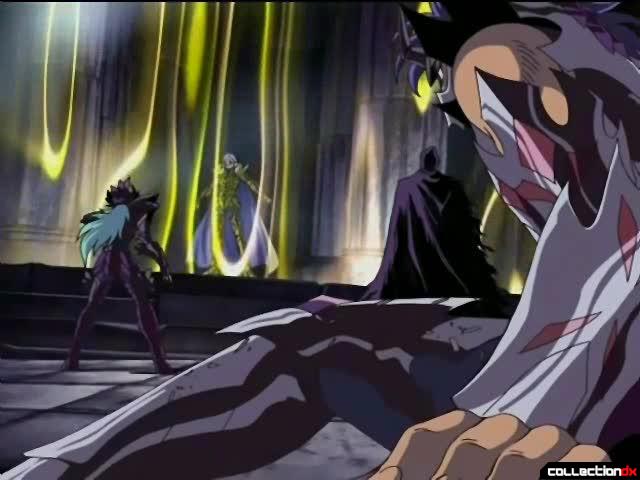 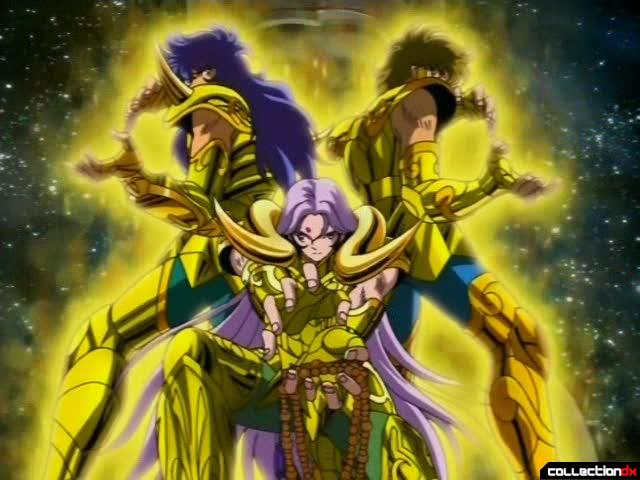 "Eventually, the combined power of these two attacks was deflected by Dragon Shiryu (in the anime, it was by the combined power of all 4 Bronze Saints). Athena beckons the two parties to stop fighting and come to her at her palace. Athena tells the fallen Gold Saints that they no longer have to suffer and commits suicide (secretly invoking the 8th sense as told by Virgo Shaka in his petals he sent her) and it was then that Shion's true intention was revealed: they came to Sanctuary as Spectres to tell Athena of the God Cloth, and that the only way to defeat Hades was to enter Hell alive using the Eighth Sense - the ability to go the realm of the dead while having the will to live.” 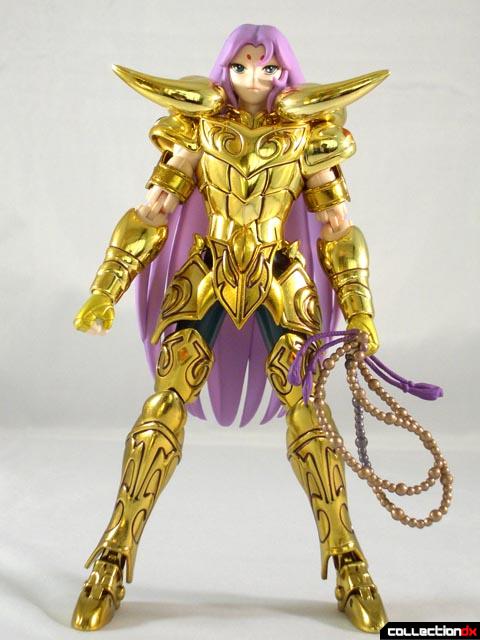 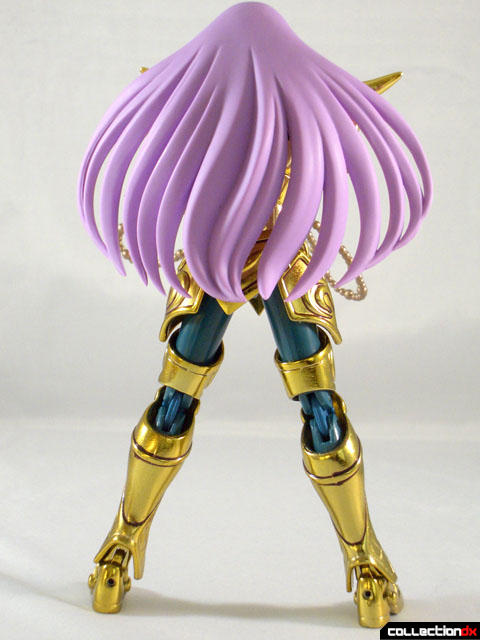 Despite his feminine look he is indeed a man and a very capable warrior. If he was a woman he would look like this… If you can’t tell the difference now is the time to go speak to your parents about the birds and the bees and the differences between boys and girls. 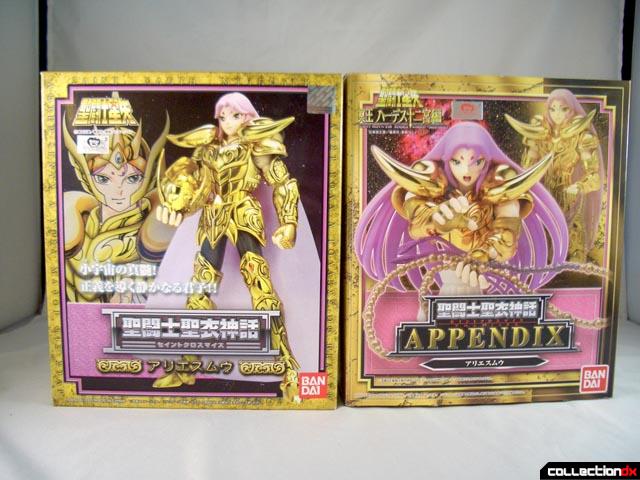 In this review I am covering both the actual Aries Mu release and the newest Appendix released for this character. Released in 2005, Aries Mu was one of the first Gold Saints released in the Saint Cloth Myth line and suffered from some design and quality control issues that the series in general has improved over time. The Appendix release gives you extra parts and pieces to correct these problems while giving you a very important accessory, Virgo’s prayer beads. 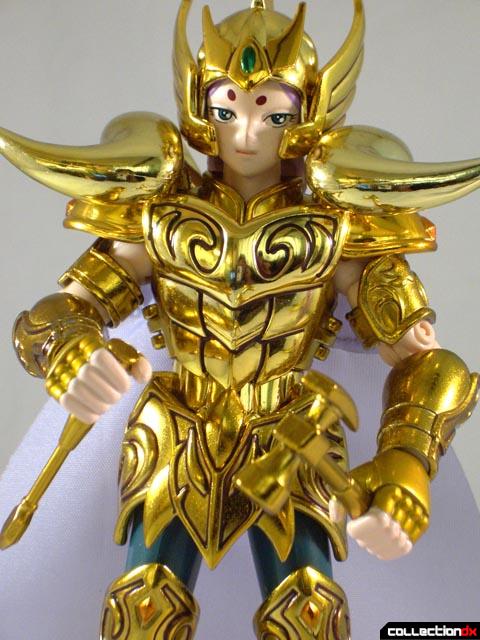 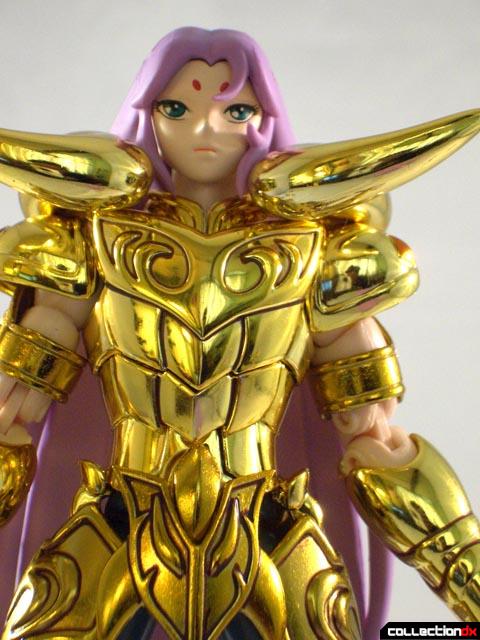 The original release of Mu featured a chest piece that looks just a bit too bulky and a head sculpt that is pretty blah looking. Mine has his Lemurian marks (the two dots on his head) off center- an issue that plagued most of the manufacturing run. The armor included in this set can be swapped out with the main figure to give him a slimmer look. As you can see in the pictures above the difference is subtle but noticeable. The new pieces also give you the range of motion to display him in a signature move from the end of the series as well; the forbidden technique- Athena's Exclamation. 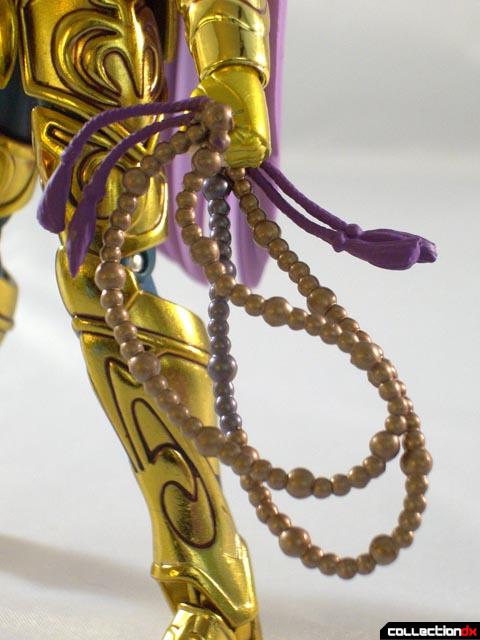 Included in the Aries Mu box: 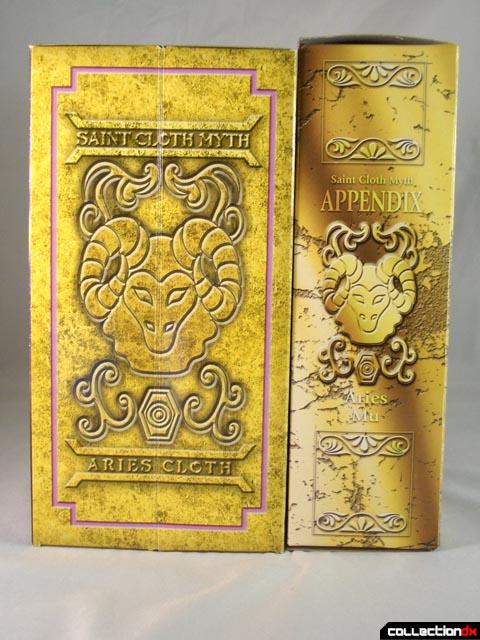 Included in the Appendix box: When you combine the two releases you have a far more attractive figure to display with a better range of motion. The original release is decent with the exception of the head sculpt but the Appendix really makes it shine. However the Appendix parts are all plastic while the same pieces are diecast in the original release, something to keep in mind when you make the switch if diecast content is of the utmost importance to you as a collector. I really like the combined results of this figure and the Appendix. If you’re a fan of the series take the plunge and get your Aries Mu AND Appendix, you won’t be disappointed. I am not sure I can recommend this to non fans but your mileage may vary if you like the armor design. In general, Saint Cloth Myth figures are always a high quality release. If Aries isn't your cup of tea find a design you do like and give one a try. I think you will be pleasantly surprised. Video review is below: