The Jumbo Dino Stegazord is the 6th entry in Bandai's Jumbo line, and is the best one yet. 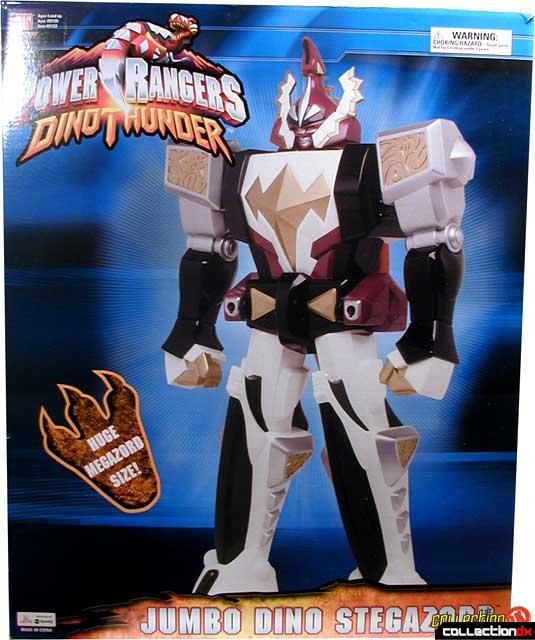 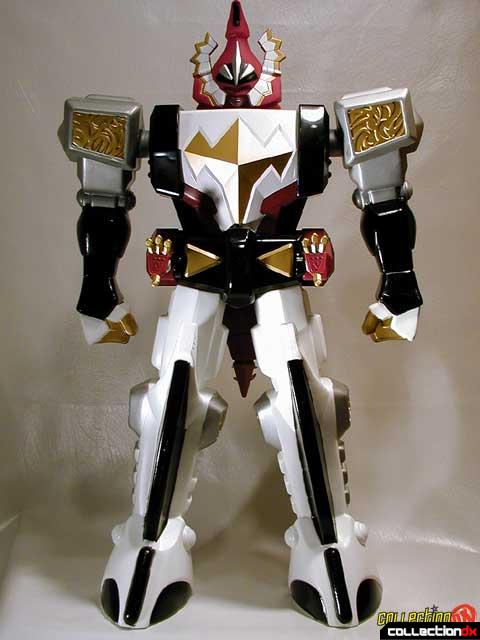 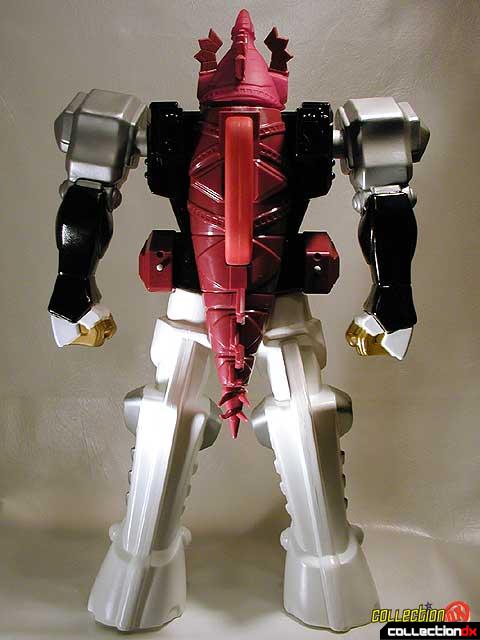 Don't let the fact that it is made for and sold in America fool you - this one is a true Jumbo. Japanese fans must be going insane that we have these and they do not. 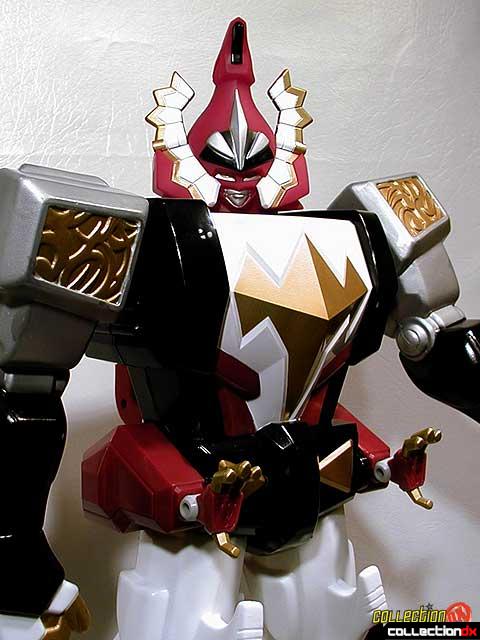 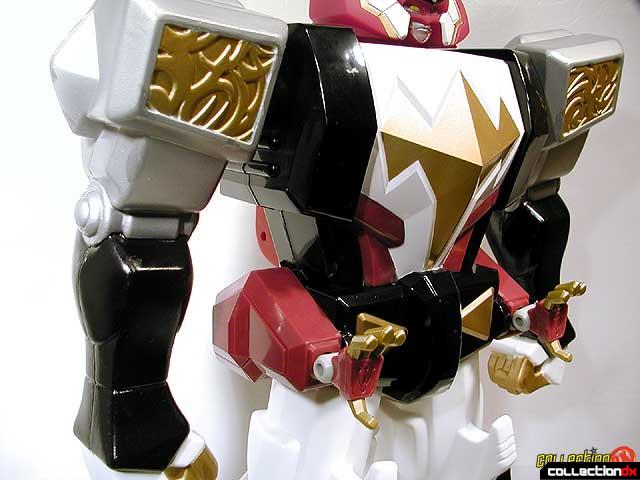 What makes this one the best so far? How about shooting missiles? The two claws at the waist shoot out by pressing the back of the missile. It uses a ball on the missile to keep it locked into place, much like the missile firing action used by several of the newer transformers. The missile doesn't shoot far, but it's a firing missile on a Jumbo! What more could you ask for, besides maybe firing fists? 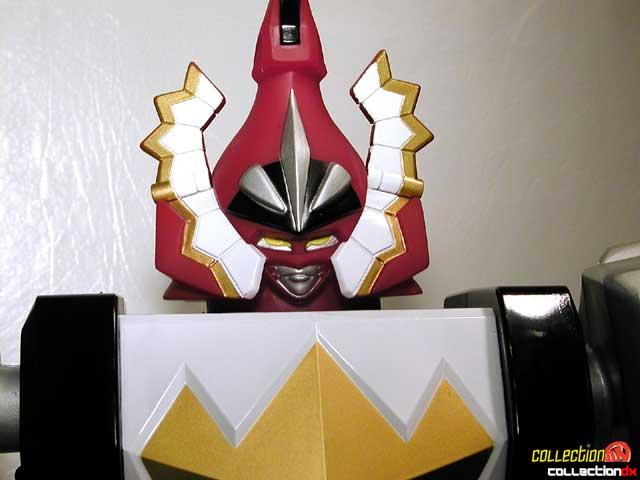 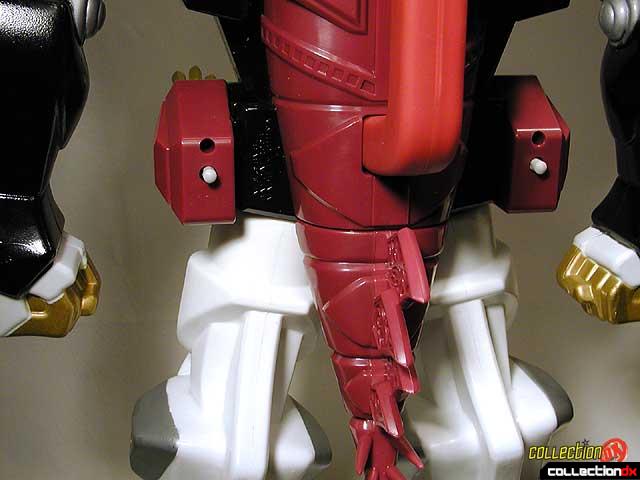 The toy comes partially disassembled in a sturdy cardboard box. You have to put the head, tail and handle on. No stickers are required - all details are painted on. On mine, the silver paint on the shoulders had been obviously touched up by hand. The body of the Jumbo Dino Stegazord is made out of ABS and polyethylene, while the head is some kind of vinyl. Articulation is limited to the head and shoulders.

The unique color scheme really stands out amongst the other Bandai America Jumbos, and the stance is dynamic. It has much more presence than its smaller toy counterpart.

So far this toy seems to have pretty spotty distribution. I hope Bandai continues this line, but if they don't, they went out on a high note.