Old B.O.B. comes from the 1979 Disney movie "The Black Hole". Bob is one of the last service robots left on the U.S.S. Cygnus, a spaceship from earth. Voiced by Slim Pickens, Old Bob helps the heroes escape from Dr. Hans Reinhardt, who is bent on traveling through a Black Hole. 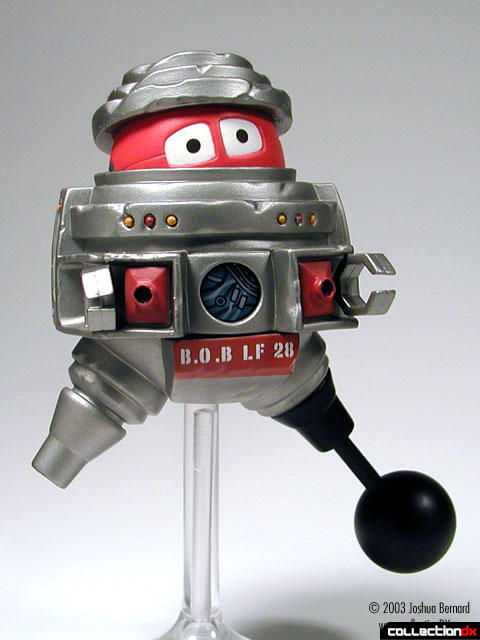 Medicom Toys of Japan released Old B.O.B. as part of it's Disney Kubrick line. He comes from series 5, and you have an 8% chance of getting him (The boxes are not marked as to which figure is inside.). Disney introduced a Maximillian figure in wave 6, so we can only hope for a V.I.N.CENT. in wave 7. these are the first new Black Hole toys since the Mego toys from the 80s. 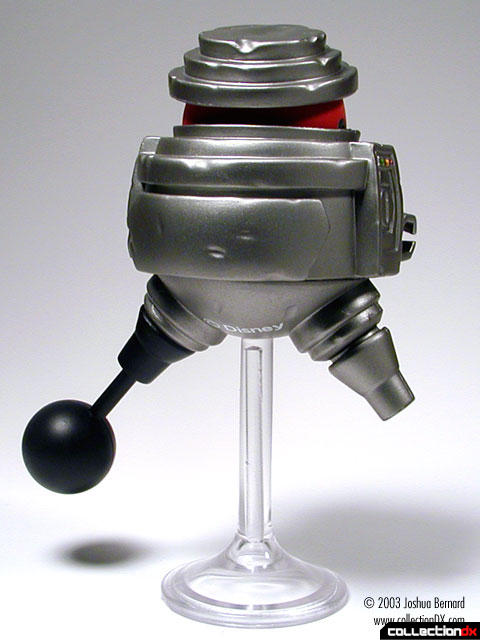 Kubricks are blocky little action figures, all based off of the same body style. What makes Old Bob a Kubrick? Well, if you remove his top, there is a Kubrick chest piece inside. Check out a picture here. 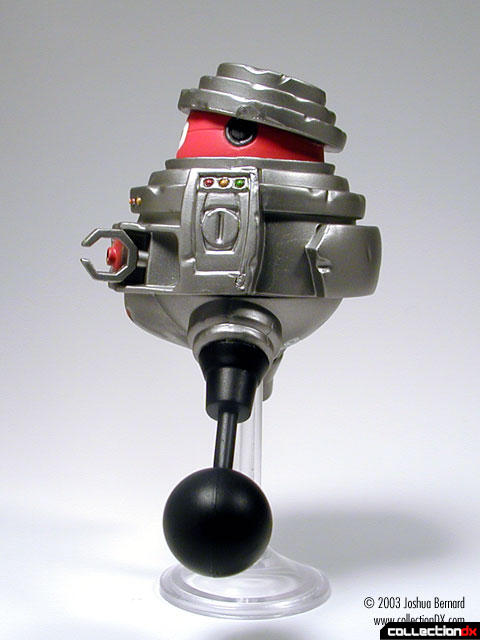 Old Bob comes packed in a small box, wrapped in plastic, His only accessory is the clear stand, and you have to assemble his one leg. He has virtually no articulation, save for his rotating head. It's a beautiful sculpt, although a little cleaner than he looks in the movie.