There is almost no middle ground when discussing Hideaki Anno's Neon Genesis Evangelion; it's one of those stories that viewers either love or hate. And the same can be said for Bandai's Soul of Chogokin Evangelion figures. The gangly, almost skeletal biomechanical monsters are an odd choice to receive die-cast treatment, but the artists, and engineers at Bandai translated the spindly design into perfectly sculpted, fully articulated, beautifully balanced renditions of the animated figures. 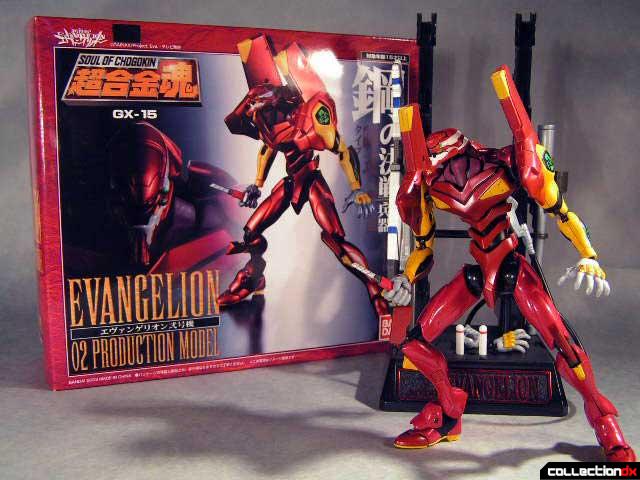 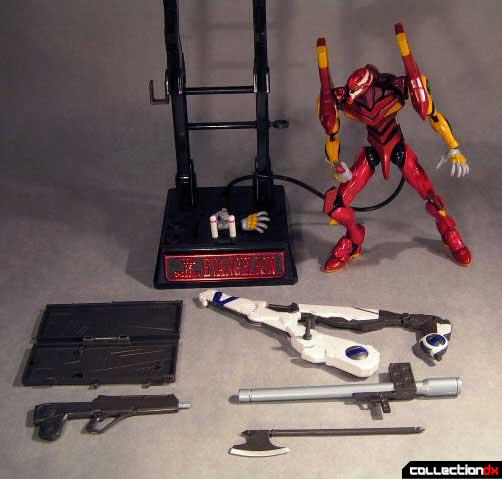 Like the Unit One set, the GX-15 Evangelion Unit Two comes with the Evangelion figure, two sets of hands, two sets of shoulder fins and three removable entry plugs, It also features the same stand, progressive knife, pallet rifle, and bazooka as Unit One. In addition, Unit Two includes a battle-axe and a big positron rifle. Unit Two also features a different shoulder joint than Unit One. The assembly on Unit Two lacks the curved armor that extends over the chest on Unit One. The lack of this piece makes the shoulder more difficult to manipulate. The power umbilical that plugs into the back of the Evangelion units is a grotesque, and strangely disturbing detail of the anime. Bandai faithfully reproduces the system with a pivoting magnetic attachment, and a length of tubing that connects the Eva loosely to the base. 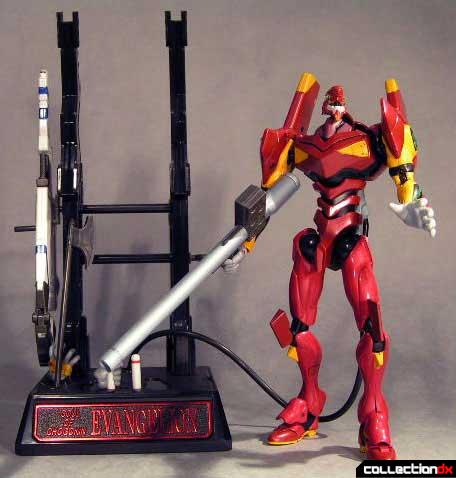 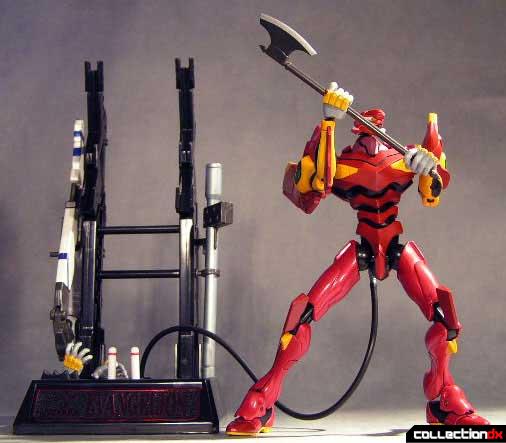 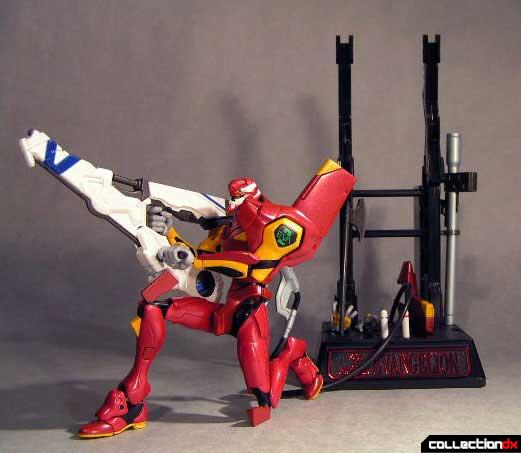 Just as Asuka Langley Soryu is the least likeable, and most quarrelsome pilot in the series, the paint job on Evangelion Unit Two seems to start a quarrel among Chogokin collectors any time someone brings it up. After the deep candy purple on Unit One most of us were expecting a similar candy apple red treatment for Unit Two. Go back to the anime. Check the color. Unit Two is more orange than red. Bandai apparently chose to try to match the video. Whether it matches the video or not, the vermilion paint on Unit Two lacks the luster of the purple finish on the GX-14. 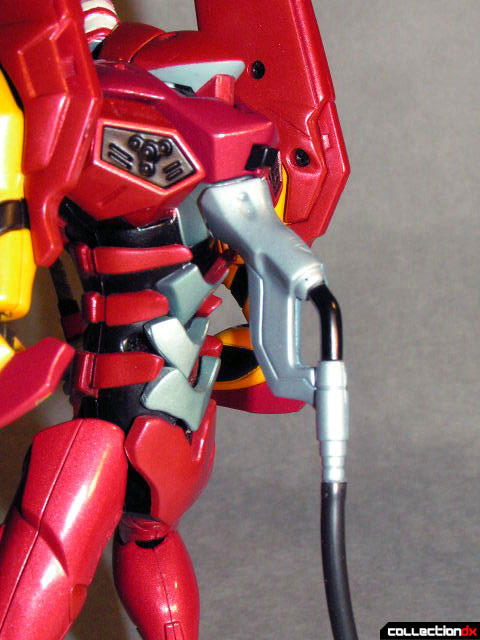 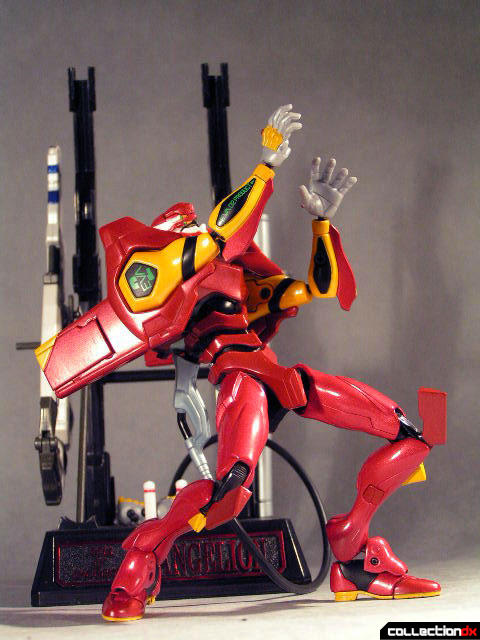 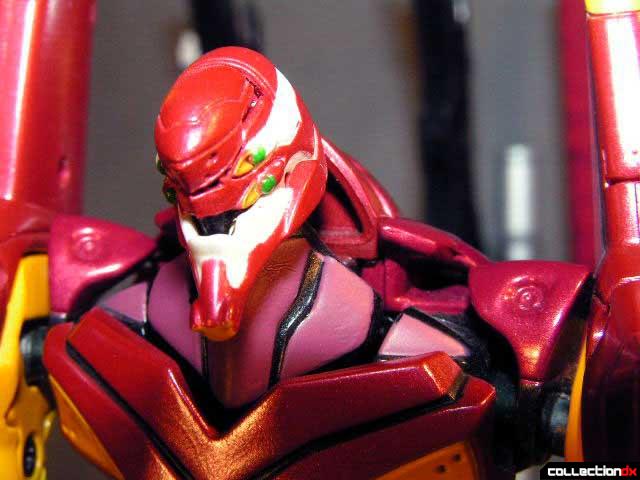 Articulation and pose-ability are the Eva's best features. These figures can stand, sit, kneel, or, crouch. They can keep both hands on a weapon. They remain firmly balanced on two tiny feet even when leaned over at near impossible angles. No mater how you pose Unit Two, it looks like it was flash-frozen live from the Anime, and is ready to jump any second. Because of the incredible range of poses and attitudes they can assume the Eva's tend to be the most played-with toys on the shelf.

There are no two ways about it: if you are a fan of Neon Genesis Evangelion, then the GX-15 is a must-have. But even if you are not familiar with N.G.E. the GX-15 (or any of the Evangelions) is a great toy, and a huge amount of fun to mess around with. It earns a favored place on any shelf