Did you ever have a love/hate relationship with a toy? Kaiyodo's Monev the Gale is one of those toys that is really beautiful and really fun to play with, but at the same time suffers from Kaiyodo's tragic flaw - fragility. 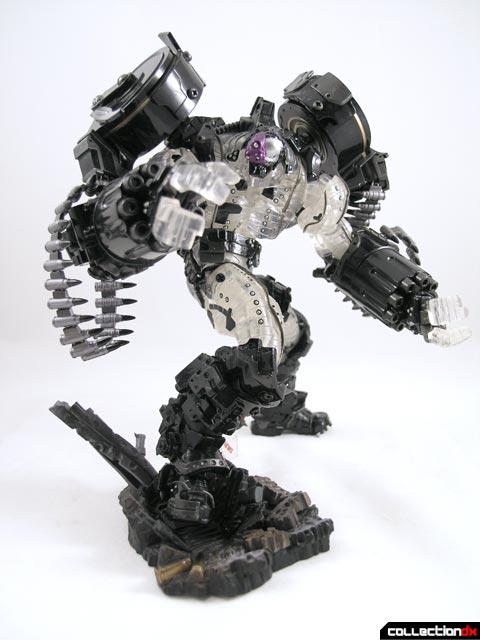 I'll be honest here, I don't know the first thing about Trigun, or the characters within. So here is what Diamond Comics says about Monev the Gale: Sub Zero Attack:

Introduced in Episode 12 of the anime, Monev the Gale is part of The Gung-Ho Guns, a group of twelve "superpowered killing feaks" who do Knives's bidding. Big and strong, with big guns mounted on his body, The Gale has spent 20 years training to kill Vash the Stampede. This Previews Exclusive version was personally approved by Trigun creator Yasuhiro Nightow and:

The sculpting on this toy is really mind blowing. Individual bullets, rivets and panels are all clearly detailed. There are 3 different face plates you can attach via a peg on the side of the head, and a rubble base for the figure to stand on. The gun barrels on each arm spin freely. 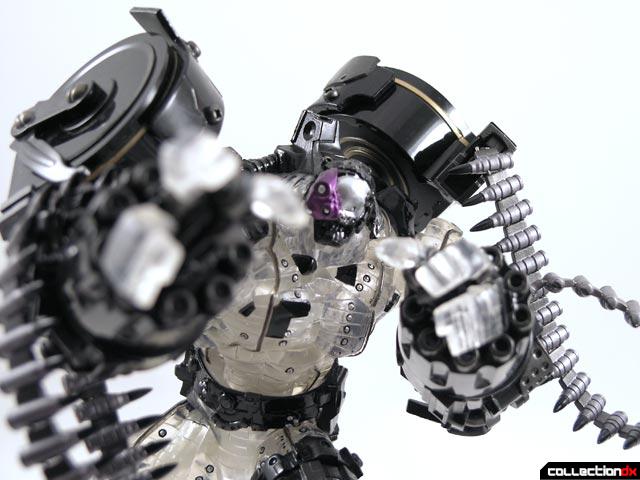 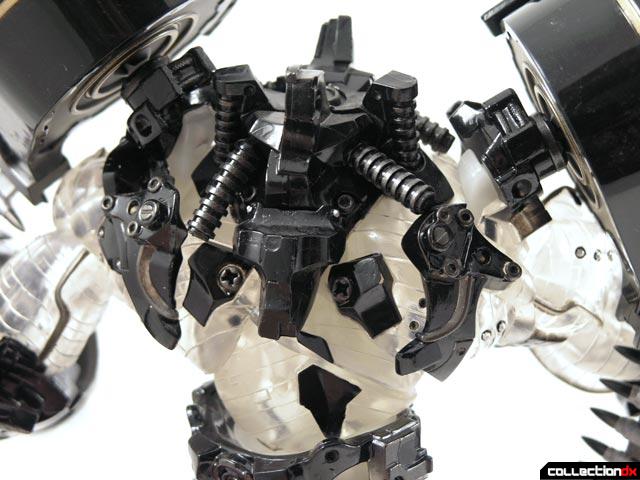 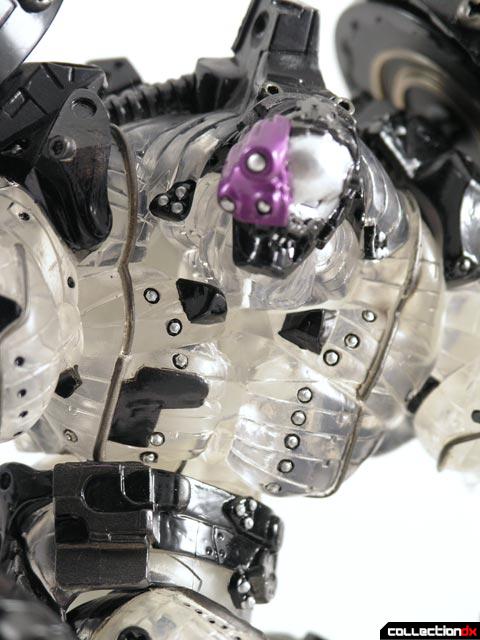 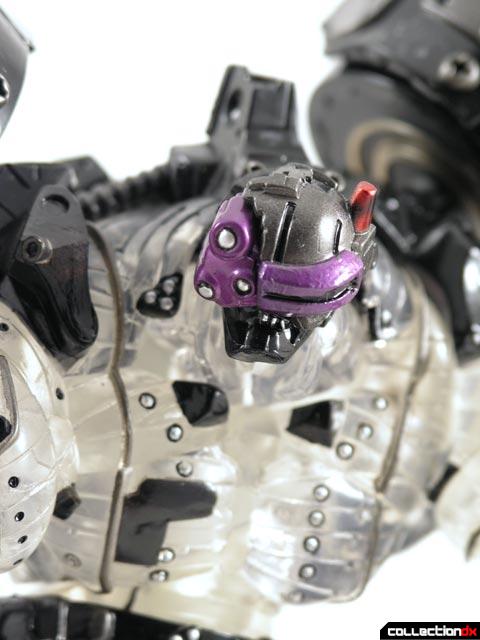 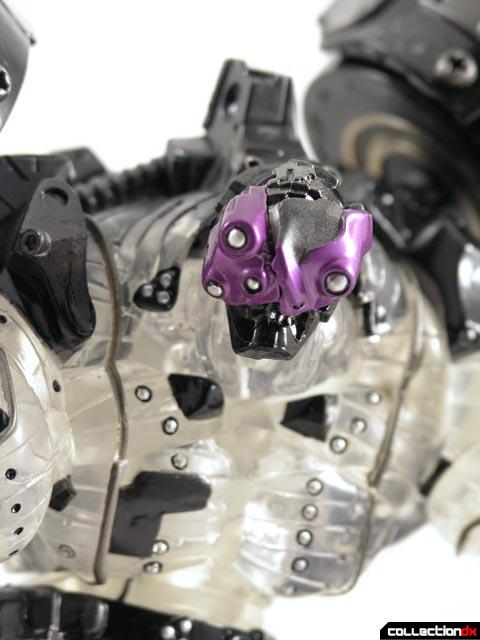 I cannot stress enough how beautiful this figure is. It even glows in the dark. 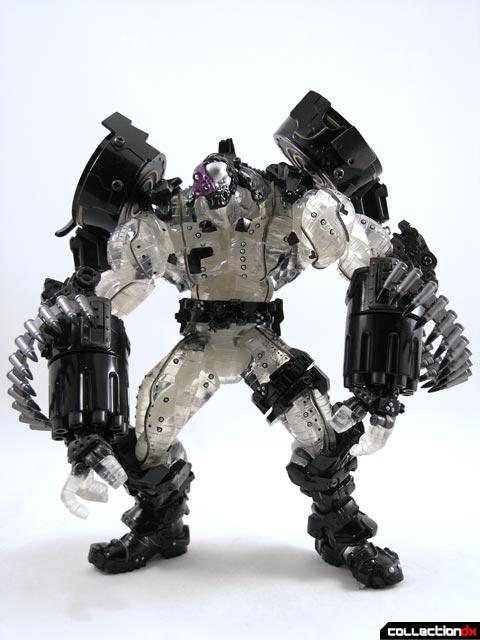 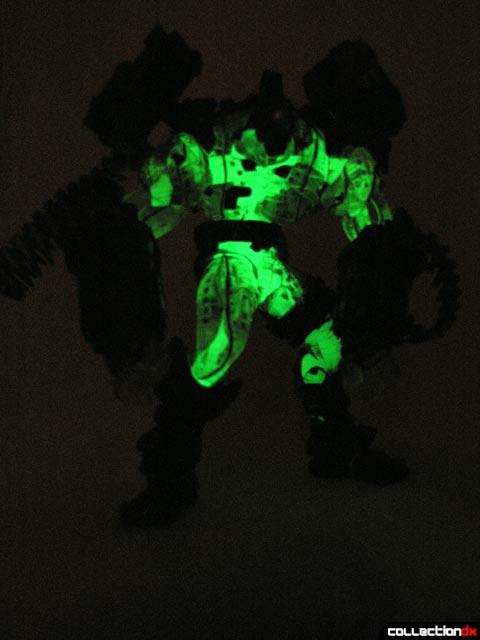 That being said, Monev the Gale has his share of flaws. The biggest issue with him is that he is extraordinarily top heavy. You've got maybe one or two poses you can do without him falling over head first. Sure, the stand helps a little, but the fit of the peg into the foot is so tight, I broke my peg clean off. And if Monev does in fact take a shelf dive, chances are all of his fingers will break off on impact (mine did). 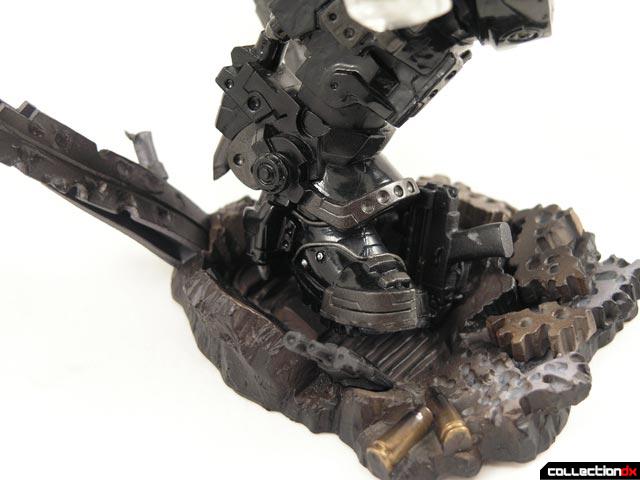 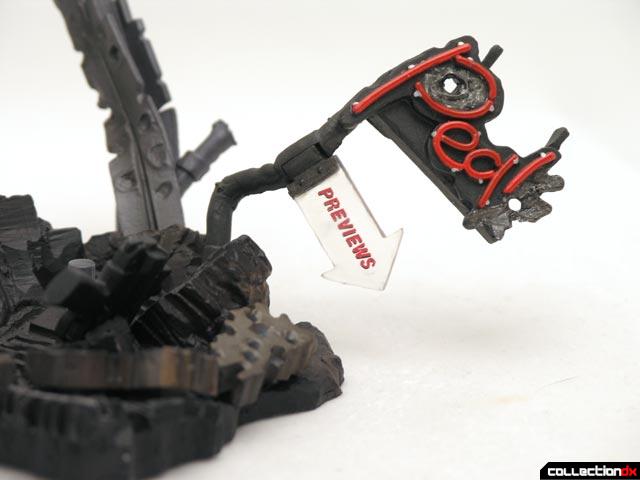 I know I've said it again and again, but why can't kaiyodo make a sturdy toy? This thing could have been Toy of the year in 2003, but its fragility takes it out of the running.


My advice is to buy it, but keep it on a low shelf. Despite its flaws, it is still fun to hold, and beautiful to display.

Monev The Gale: Sub Zero Attack was distributed in the USA by Diamond Comics Distributors in September 2002.