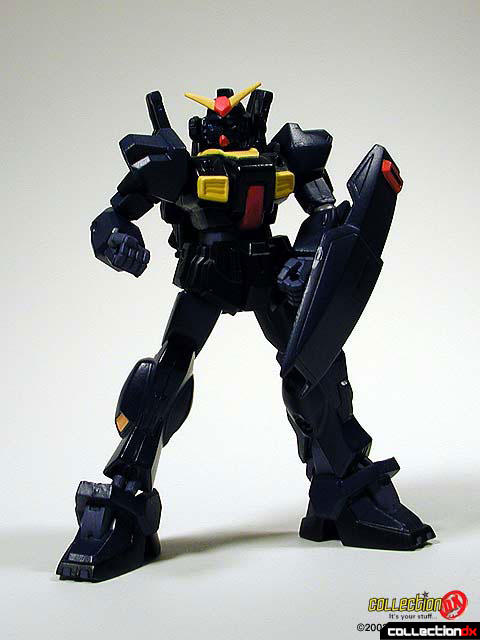 Action gokin is a line of articulated diecast figures released by Banpresto (a subsidiary of Bandai). They were originally designed as UFO catcher toys, prizes in a crane game machine. 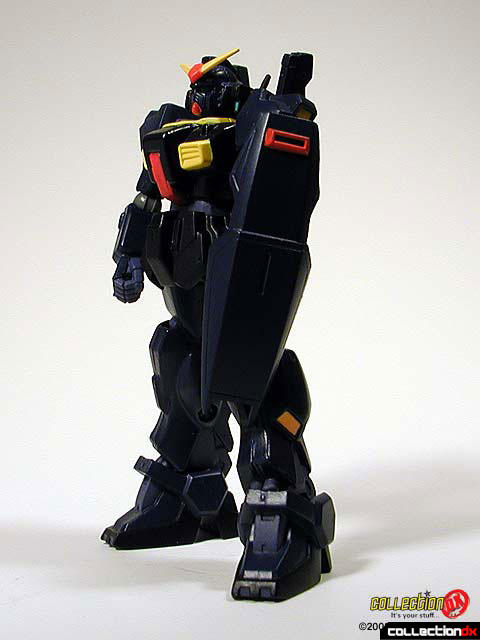 In 2000, Banpresto Released 5 Action Gokin From Zeta Gundam TV to commemorate the 15th anniversary of the series. They originally cost 1500 Yen each. 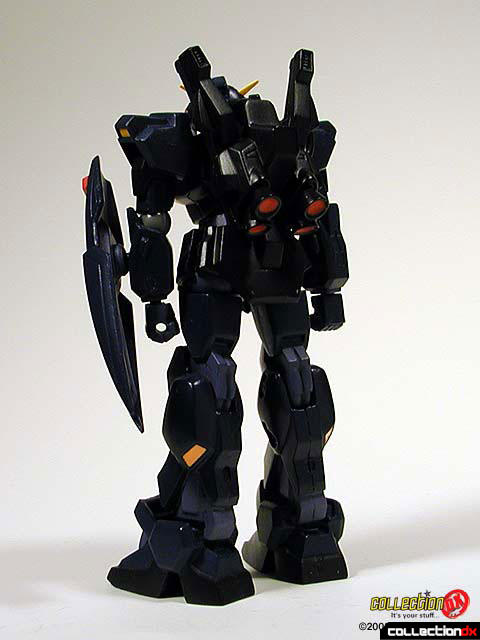 The RX-178 MK II (Titan) is about the same height of a MSiA figure, but with slimmer proportions. It includes a removeable shield, but sadly, no gun. It comes packaged in a white box with a blister carded figure inside. 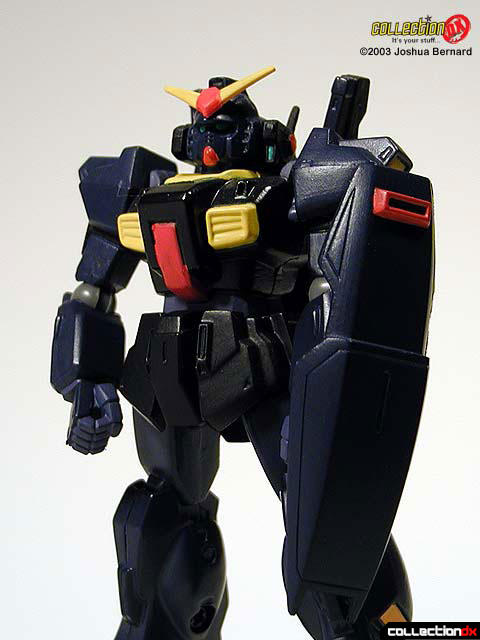 What's remarkable about this figure is that its almost entirely metal. The hands, head, and joints are plastic. Thats it. It's very heavy. Even with the metal, it is extremely poseable.

The detail is not too great on the figure. There are no markings, or panel lines, just solid color. Still, it is a great addition to any Gundam collection.