Gekiganger 3 was produced by Kanzen Hentaro, the man behind Hobby Project. This limited-run chogokin was only available between 1997 and 1998, at Wonderfest, a major toy show in Japan. 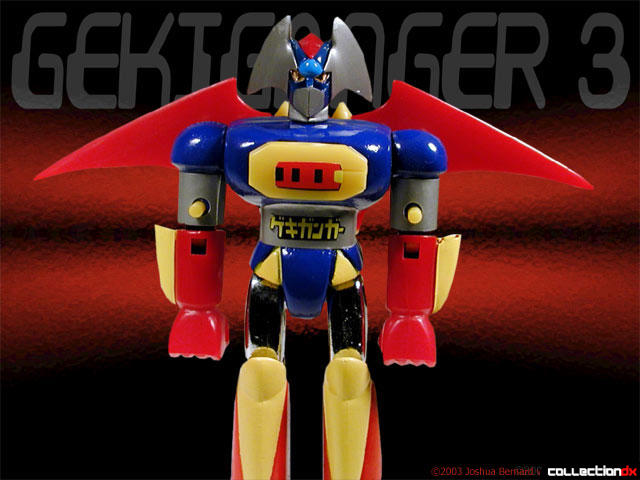 Gekiganger 3 is from the anime "Martian Successor Nadesico". Gekiganger 3 is actually a show that the characters in the anime watch. It is an homage to the classic Go Nagai super robot shows that many modern robot fans grew up with. 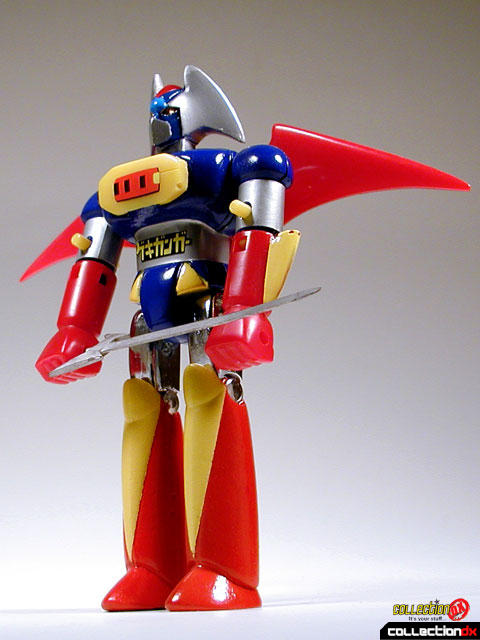 Gekiganger 3 was produced in 4 versions. 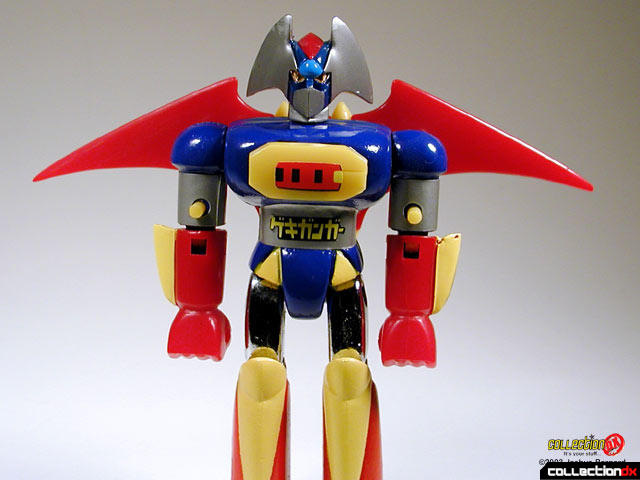 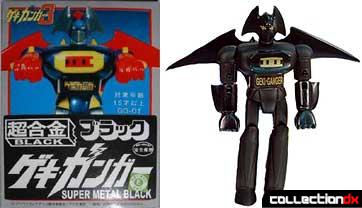 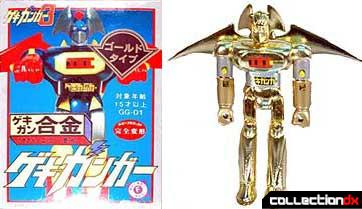 The toy comes in a classic Popy-style box. The figure is wrapped in foam, and it comes with a pewter sword. 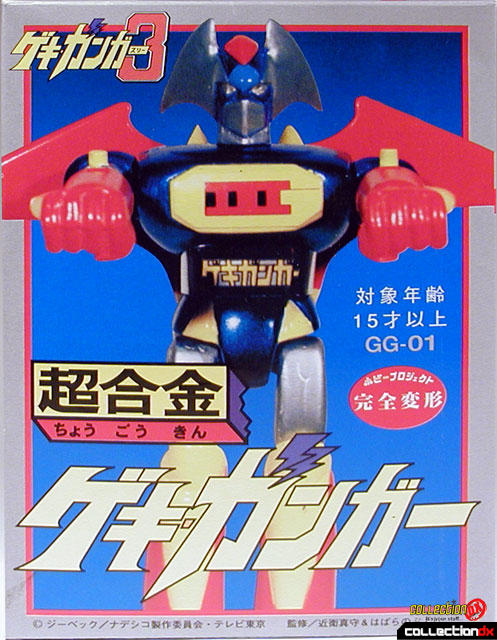 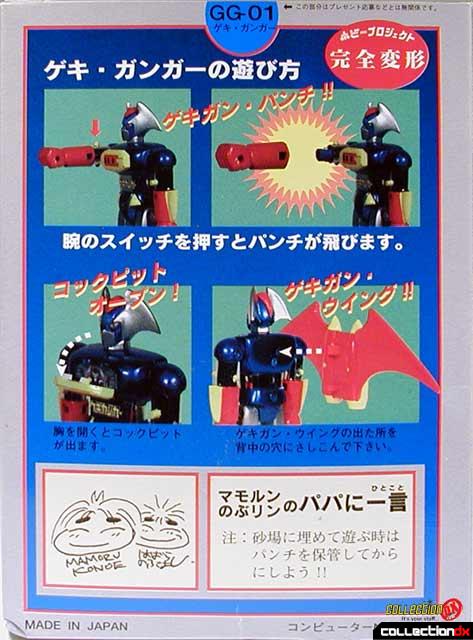 Both fists can fire off and be positioned 2 ways. It also comes with a removable wing. You can flip down the chest plate to reveal a picture of the pilot. All of this makes for a toy that you swear was made in 1977. 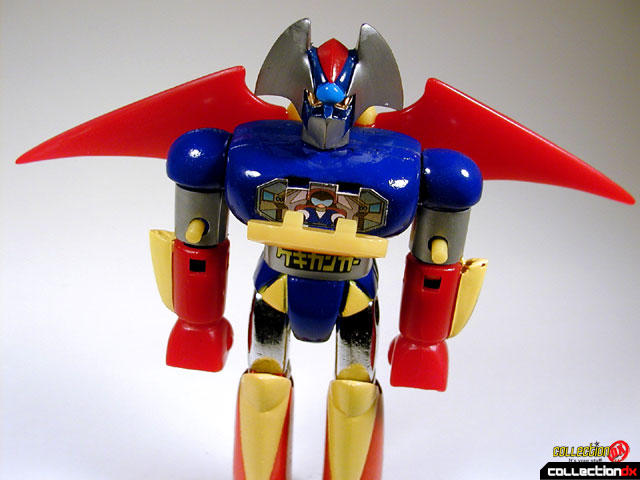 Gekiganger 3 is heavy. It weighs almost twice as much as Great Mazinger. 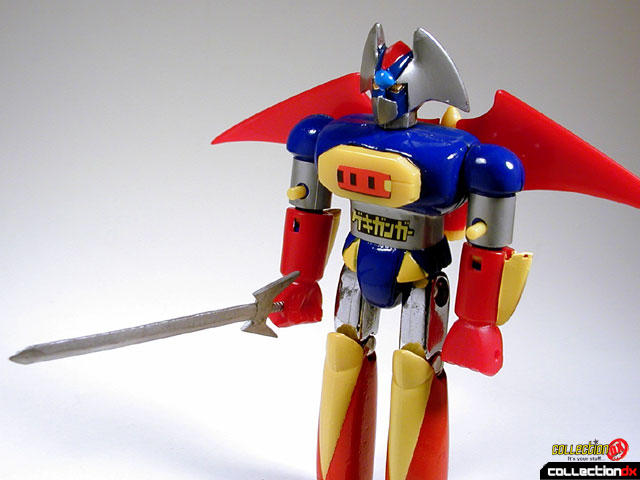 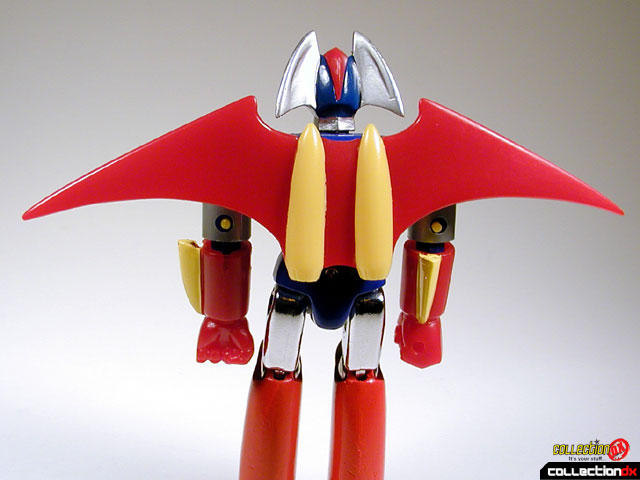 Owners of Gekiganger 3 will notice that it does not like to stand up on it?s own. You will see it in most collections sitting down. It was actually designed that way because the characters in the show display their gekiganger toys sitting down.

Unfortunately, Hobby project closed its doors in 2002 and no longer sells Gekiganger 3. You can try to find one on yahoo Japan.