King Saurus the third (or III)(キングザウルス三世) is an Ultra Kaiju - meaning he is a Kaiju (monster) from the Ultraman series of TV shows. In particular, King Saurus is first seen in the 1971 series "Return of Ultraman" (帰ってきたウルトラマン).

There have been many reissues of this toy over the years. This first release came out in 1989, followed by 1991, 1995 and 1998, Reisses can be marked by different colored vinyl. The original is in grey, followed by a purple-ish release. 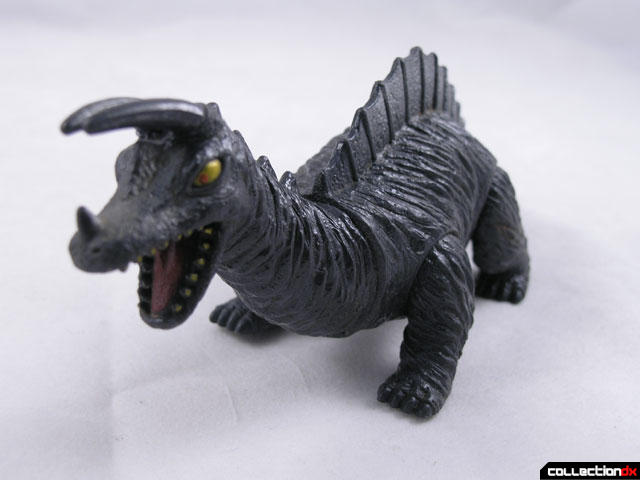 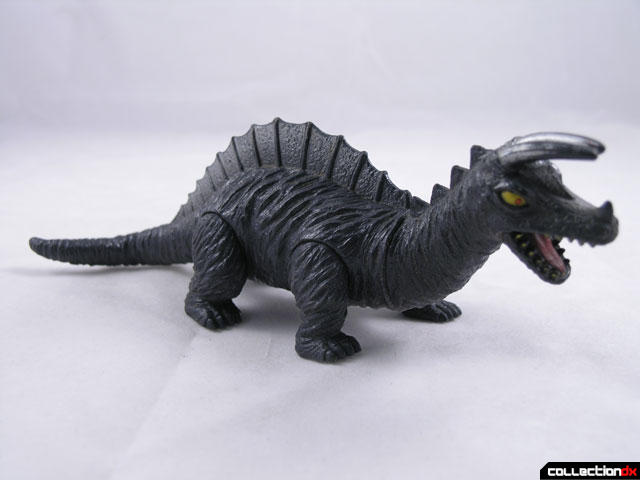 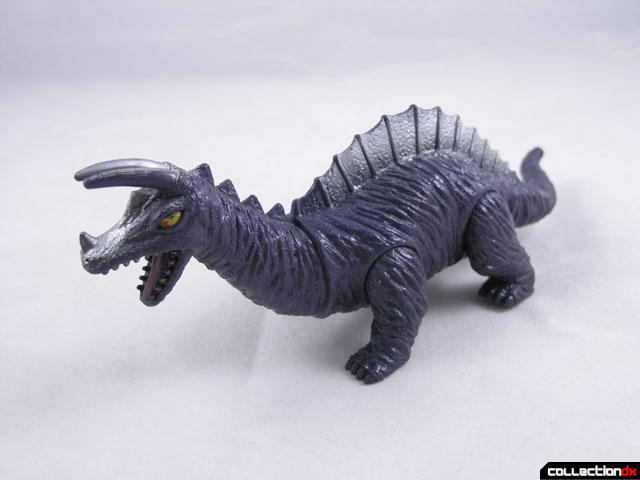 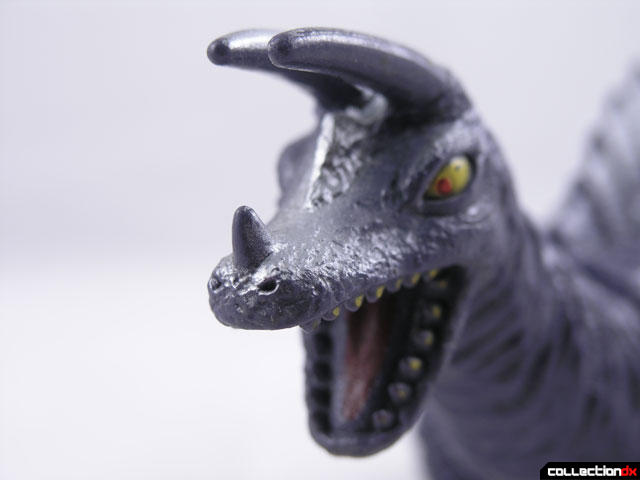 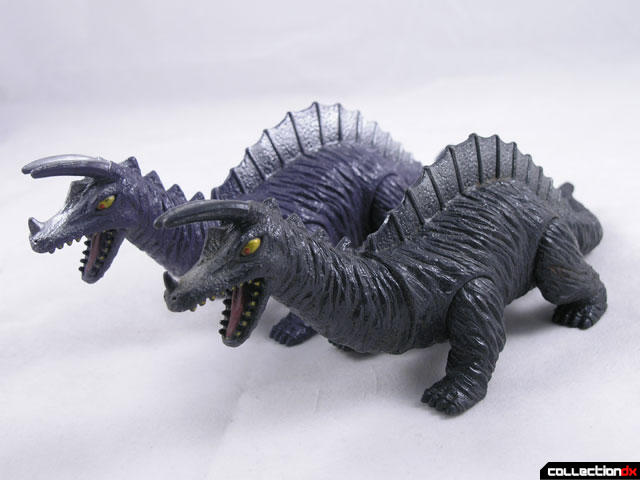 These two toys were owned by the same child in Japan. Can anyone figure out his name? It's written on the bottom of the feet: 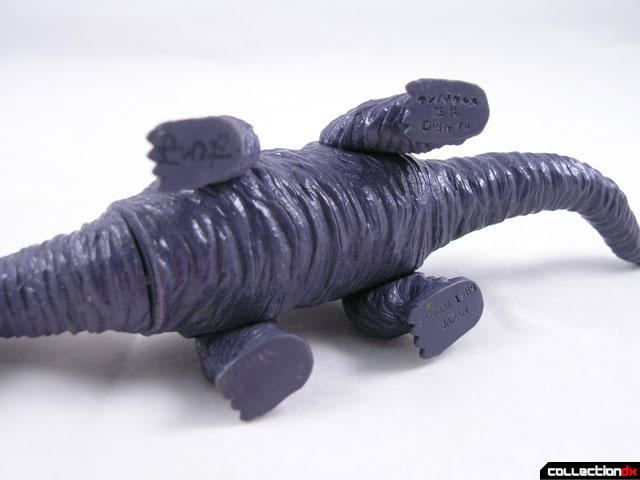 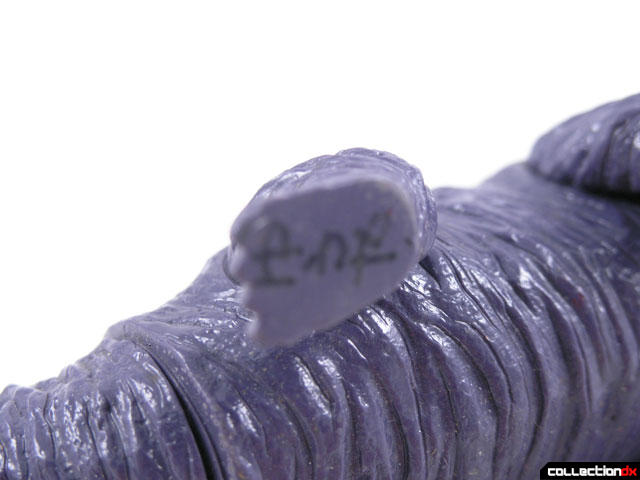 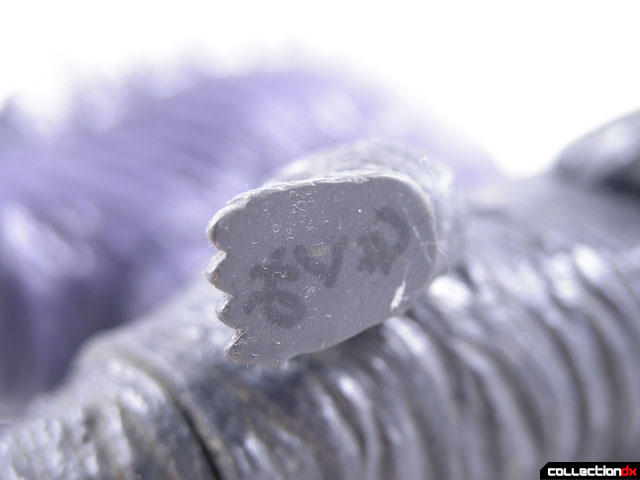 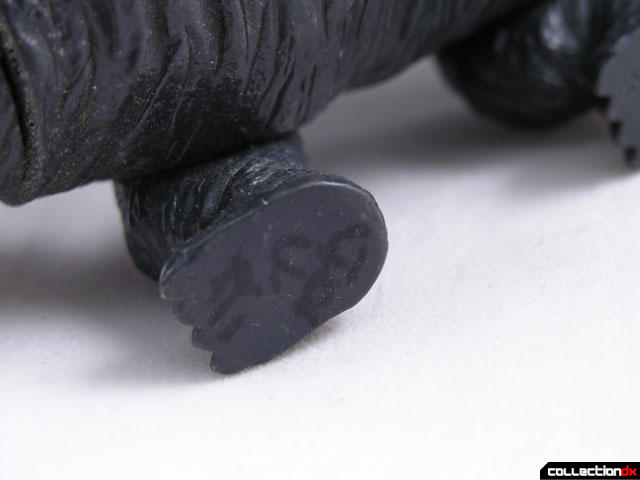