I first saw the "Mighty Muggs" line in New York during Toyfair 08. I thought it was pretty silly to be honest, then I saw Mola Ram. The absurdity of a cutesy version of the dark, cult leader from Indiana Jones and the Temple of Doom won me over with his cute human heart accessory. So I vowed to get one when they hit stores. 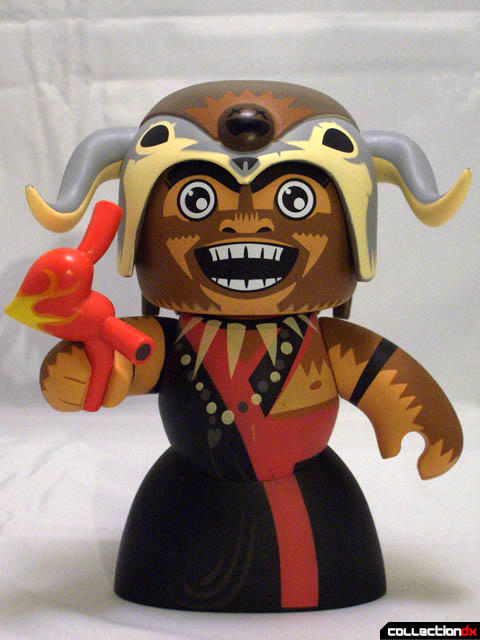 On a recent trip through Wally World, err..... I mean Wal Mart I saw this guy in the Mighty Muggs display on the end cap and had to have him. 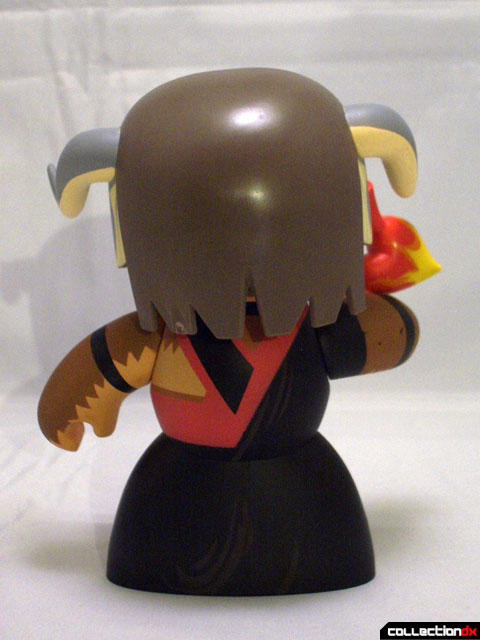 Mighty Muggs is Hasbro's attempt to cash in on the "designer vinyl" trend that has grown in popularity with collectors without the pretentiousness and price tag usually associated with it. 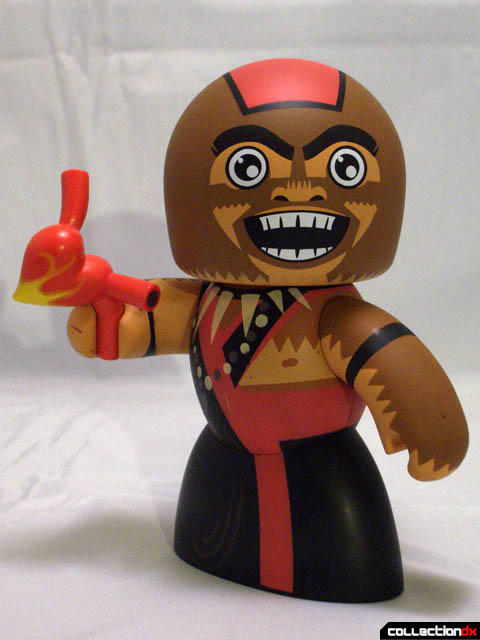 Mighty Muggs's tag line is "Made from 100% recycled awesome." We were tempted to ask during the Hasbro presentation in New York exactly what was the awesome originally before recycling it but we kept that to ourselves. 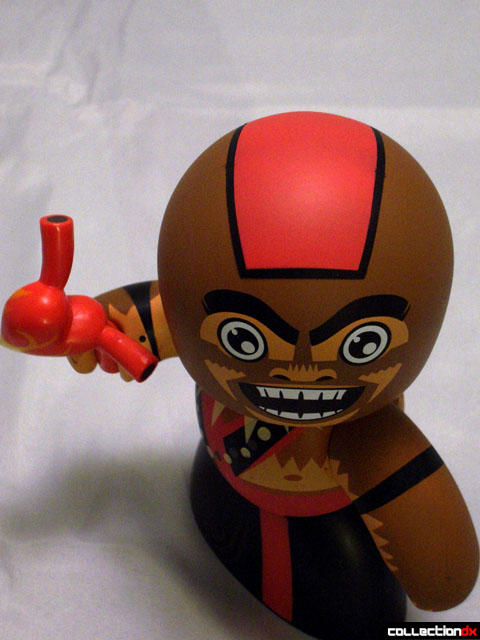 Mola Ram features a whopping three points of articulation, his two arms and the head rotate. That's it, the heart however is removable and he stands at about 7 inches tall. 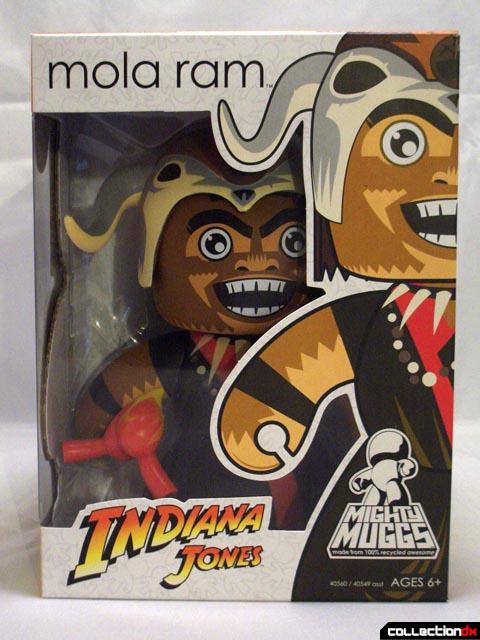 At 11.99 it was hard to pass this up. The continued smile on my face, whenever I see it on the shelf, should be recommendation enough for our readers. Even if your not a fan of Indiana Jones, Mola Ram is a must get. He's just to cute to pass up.

6 comments posted
How big are these Mighty

How big are these Mighty Muggs?

I might have considered something like this only if it had a sound chip with a recording of Vinny Vedecci's dubbing of the character. Then it would at least be funny to me.

Oh wow, so they are rather large.. i was thinking like kubrick sized mini figures.. A sound byte would be neat but $12 is pretty good for a vinyl type figure..

Admittedly, I always had a love/hate relationship with this movie growing up. Sure it had dope adventure...not to mention Data from the Goonies. But eyeball stew? Snake surprise? Chilled monkey brains? Yeah, this is what happens when you let a jackass white guy make a movie about Indians... Gotta love it when your culture is so absurdly exoticized.

Oh, and another funny irony is that the goddess they're worshipping, Kali, is actually a benevolent goddess. Sure, she's sorta in charge of war, but she's certainly not associated with "evil" like rakshasas or other demons in Hindu mythology. Always got a kick outta that one.

Anyway, all that having been said, I had to pick this toy up! First of all, I try to make it a point to collect toys of South Asian characters no matter how messed up their depictions can be (hey, Atom, where's my Saint Seiya Krisna figure!? ;P ). Hey, there're over a billion of us, so we're pretty under-represented in the toy world!

Also, c'mon--such a cool villain rendered so damn cute! Can you imagine him ripping your heart out through your chest while you're still conscious?? Sweet! The other important point is what Atom said about how unpretentious it is. It's like designer vinyl in that the paint quality is great...but the price is that of a mass produced toy.

Which it obviously is. I mean, don't get me wrong. I'm not going to stop collecting vinyl kaiju or designer vinyl anytime soon. They are hand-made in Japan by real artists. Mighty Muggs are good toys, but hold a Gargamel piece in one hand and any Mighty Mugg in the other. There's no comparison.

Still, I've always found the consumerism around famous-name, micro-run designer stuff a bit distasteful: only 30 of such-n-such in existence...sold out in seconds...getting flipped on the aftermarket in minutes for 5 times the retail price? C'mon. It's really nice to know that Mighty Muggs are out there as a great alternative to this stuff.