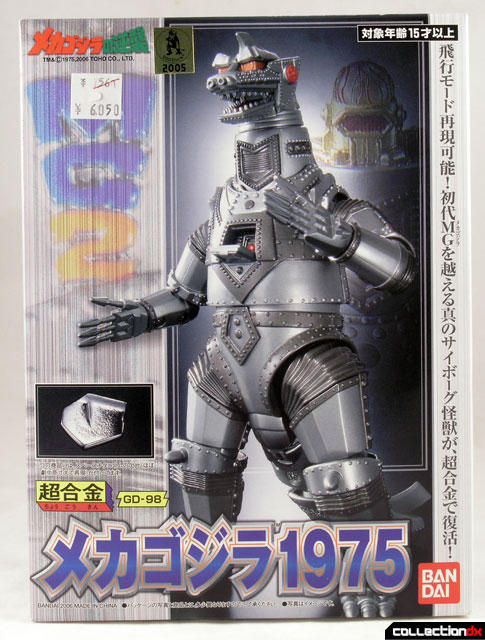 Mechagodzilla features a cool rotating head gimmick. Press the button on his back to rotate the head with a clicking sound.

The toy comes with a few different accessories:

Mechagodzilla comes packed in a nice styrofoam tray. However this version does not have a book-style box that the Mechagodzilla 1974 had. 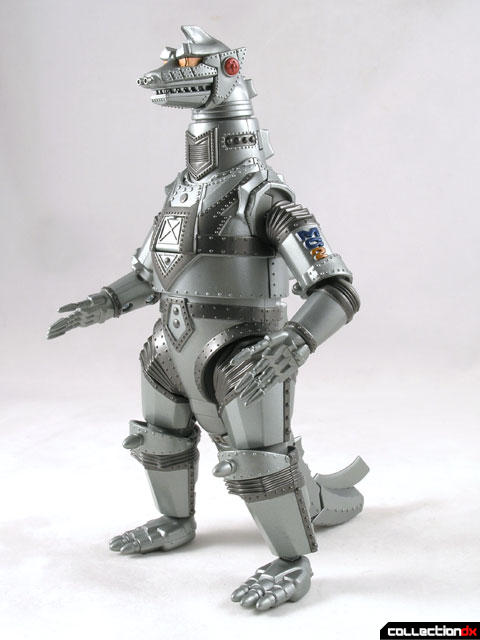 The toy itself is very cool. The head and jaw are poseable, and the arms and legs have a full range of motion. Diecast is restricted to the body, upper arms, and parts of the legs. It's a pretty heavy piece. You can remove the head and replace it with either a flying head, or a robot brain. In addition, the whole upper neck assembly is removable, leaving a large cavity at the top of the figure. 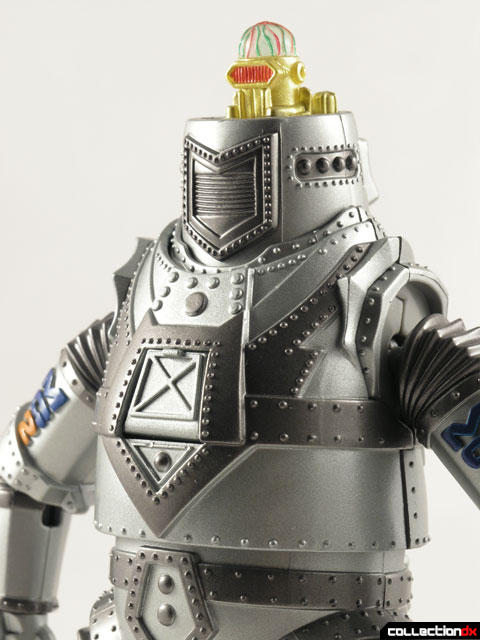 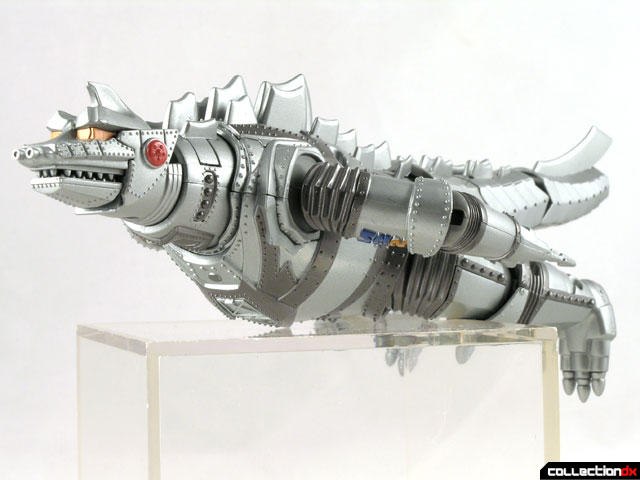 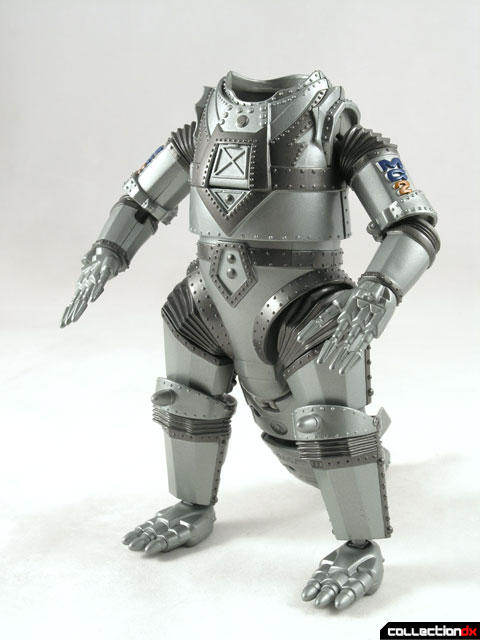 Other neat little gimmicks are an opening door on the chest, removable knee missiles, and swappable hands. 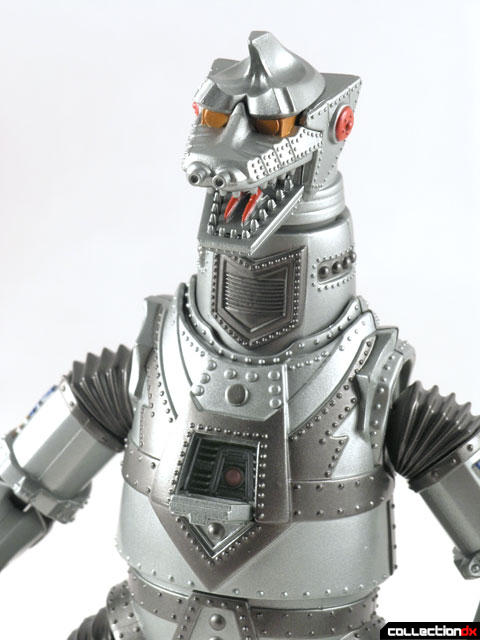 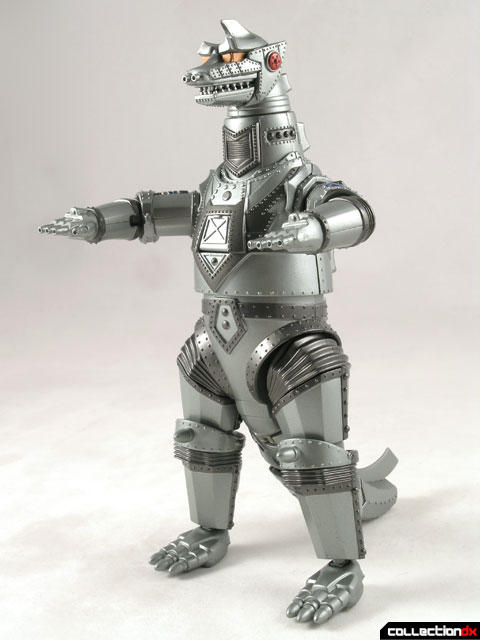 The alternate hands look like missiles have been fired

This appears to be a much better toy than the previous Mechagodzilla. Check out this Japanese fans comparison between the two versions. 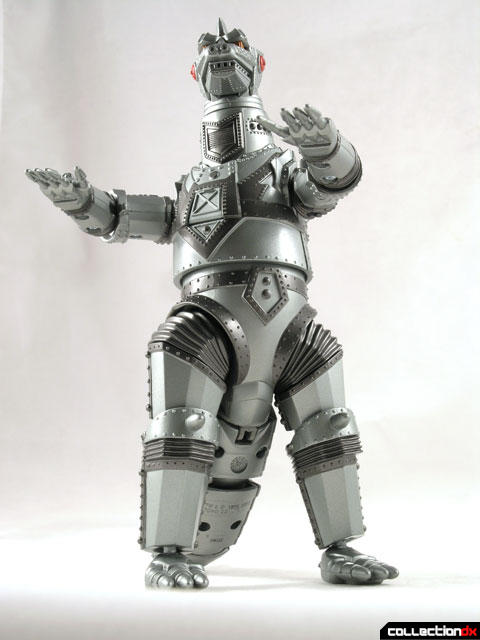 The only thing missing from this toy is firing gimmicks. Would it kill Bandai to bring back firing missiles? Otherwise, its a great toy.

I guess it really would kill Bandai Josh. They must be afraid of the idea for whatever reason, that's for sure. But - I do like the offering as well and have never regretted the purchase.

Very cool figure... especially since this version can be bought for around US$50 delivered, via ebay stores in Hong Kong.