Inspired by two of video gaming’s most popular fighting titles, these new figures will be offered as Limited Edition 2017 Comic-Con Exclusives and will be available only from Bluefin during the convention. Each poseable figure stands 7 inches tall and features more than 30 points of articulation.

Comic-Con attendees are also invited to stop by the Bluefin booth to catch unveilings for upcoming Storm Collectibles releases for its newest video game licenses – Tekken 7 and King of Fighters ’98. A comprehensive selection of previously released Storm Collectibles products will be available from Bluefin throughout the convention.

Comic-Con International is one of the nation’s largest comic book, science fiction and pop culture events, and will take place July 20th–23rd at the San Diego Convention Center, in San Diego, CA. Complete details on Comic-Con are available at: www.comic-con.org.

Bluefin will be located in Booth #401

From the highly popular video game franchise, Street Fighter, comes Ryu as he is seen in one of his most popular alternate costumes...commonly referred to by fans as 'Hot Ryu!' The figure is a completely new sculpt from the standard version of Ryu and is approx. 7" tall and features over 30 points of articulation, allowing fans to pose Ryu in all his special moves including Hadoken, Shoryuken, and Tatsumaki Senpukyaku! The figure set includes 3 exchangeable facial expressions and 4 exchangeable hand part accessories. 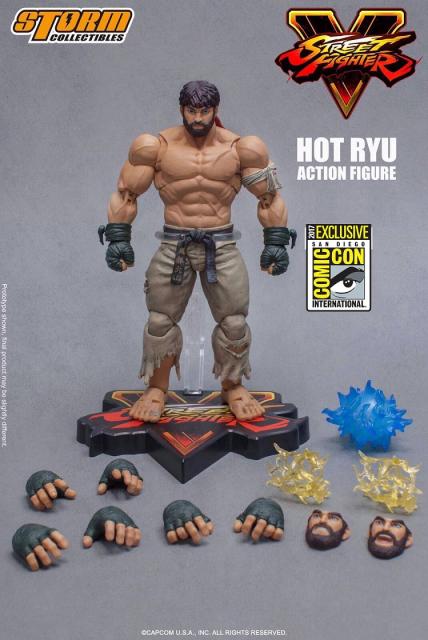 One of the things Mortal Kombat is most well-known for are its ninjas. Of course, Scorpion and Sub Zero are the most popular but there many others that are beloved by fans and players. Introducing Storm Collectible's rendition of the mysterious Noob Saibot! The figure stands about 7" tall and has over 30 points of articulation, enabling collectors to recreate all of Noob's iconic moves. Figure includes: 2 fatality decapitation blood effects, 1 skull sculpt accessory, 2 interchangeable masks, 9 pairs of hand accessories, 2 hell-fire effects and 1 spear. 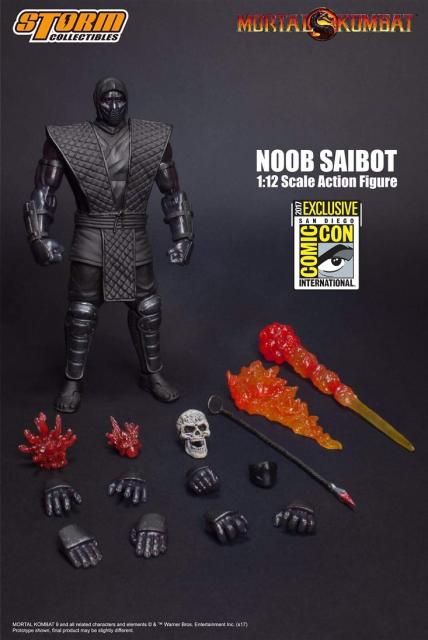 Storm Collectibles, a Hong Kong based company, was established in 2007 as a one-stop-source for action figures – designing, producing and distributing high quality, collectible 1/12th, 1/6th and 1/4th scale action figures and statues. The company has a great passion for collectibles and its vision is focused on creating authentic, fully realized likenesses for each collectible figure. Storm Collectible's official licensing partners include Warner Bros., Capcom USA / Japan, Bruce Lee Enterprise, Mike Tyson, and Hulk Hogan. Additional information is available at: www.stormco.com.hk