San Diego Comic Con 2010 is just two weeks away, and Jazwares and Cartoon Network Enterprises are proud to announce the availability of the very first figure from the highly-anticipated Robot Chicken toy line! 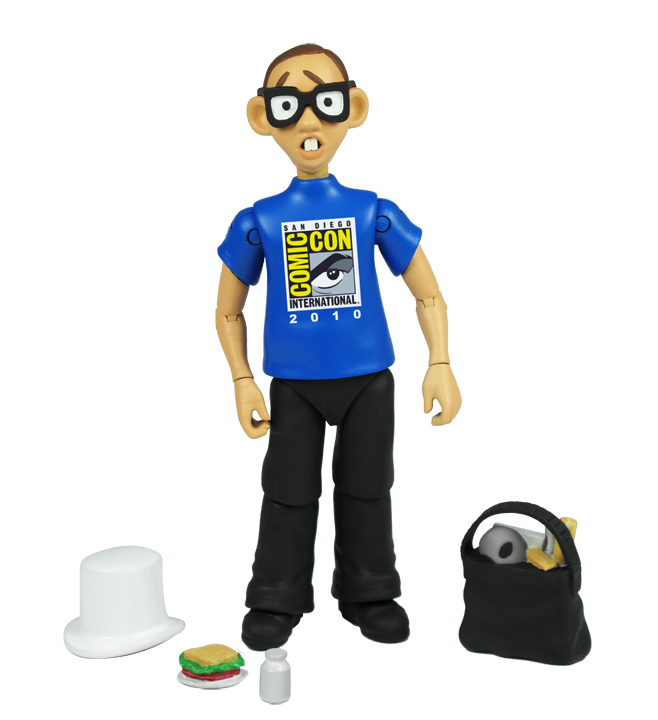 Now, fans can recreate their favorite Robot Chicken parodies, such as the Nerd’s visit to a Sci-Fi convention with this 5-inch action figure. Complete with a Top Hat, Sandwich, Magical Unicorn Mayonnaise Jar, Adult Swim swag bag and a 2010 San Diego Comic-Con t-shirt, the iconic Robot Chicken Nerd character is ready to geek out with fans.

"Convention Nerd" will ONLY be available at Entertainment Earth's booth #2343 throughout the con and on Toysrus.com for $20.

Plus fans can come meet the creators of Adult Swim's Emmy Award-winning Robot Chicken and get their Convention Nerd autographed when Seth Green and Matt Senreich will be signing the figure at Entertainment Earth's booth #2343 Friday, July 23 from 11:00 a.m. - 12:00 p.m.

Fans who are not able to attend the show can still purchase the exclusive Toys“R”Us San Diego Comic-Con merchandise online at Toysrus.com starting Wednesday, July 21. However, there is a limited number of each item, so fans should visit Entertainment Earth at booth #2343 or Toysrus.com early to purchase their Comic Con exclusives. 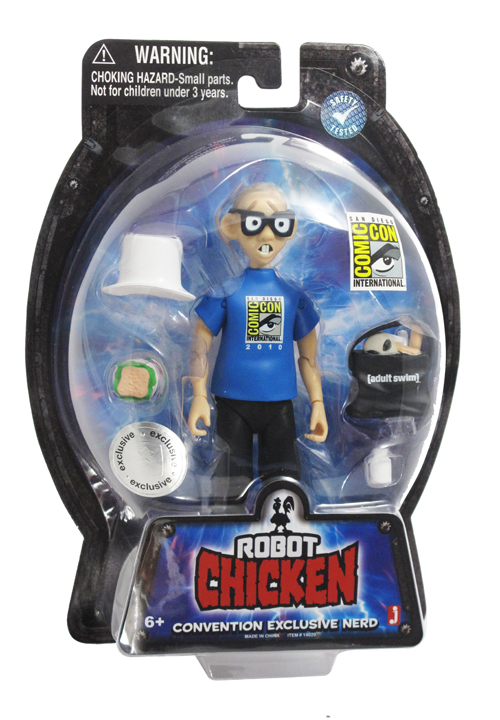