2018 has definitely been one of the most waited years of all time for upcoming anime titles. From sequels of your favorites to new ones you could add to your anime watchlist. There are also other anime titles included in this list that are confirmed so you can rest easy as you know there’s going to be sequels for your favorite and awaited anime that will be worth the wait.

If you’re interested in any of these anime titles and want to watch them right away, you can see which best anime streaming sites would fit your preferred user experience. 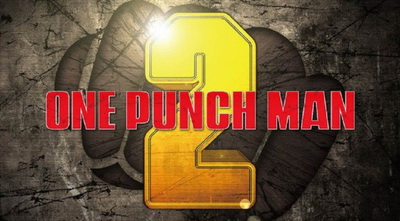 The second season of One Punch Man. The first season was released during October 2015 and ended on December 2015. It’s definitely one of the most awaited sequels for anime out there. It took about three years of wait until we can finally have our hands on this awesome anime. Only that instead of Madhouse, J.C Staff will take over. Hopefully those guys don’t disappoint us or cut us short with this long awaited sequel. The date is still uncertain on MyAnimeList, although, it is the most awaited upcoming anime so we better hope it gets released this year. 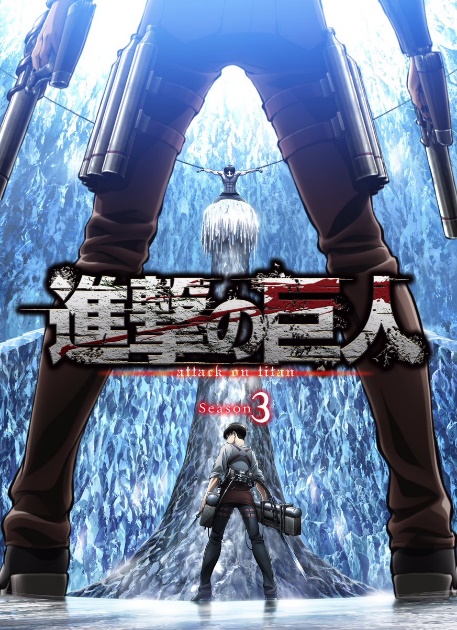 The third season of Attack on Titan or Shingeki no Kyojin is going to be released on July 2018. The second season did not exactly end on a satisfying note, with still a handful left uncovered by the series compared to the manga. Also, ever since it ran for only 12 episodes for its second season compared to its first season of 25 episodes, fans were definitely disappointed to see that there were only 12 episodes for the second season after a lot of hyping up for sequels. Good thing the third season will come out with less waiting time compared to the last time. Hopefully it doesn’t disappoint the fans. 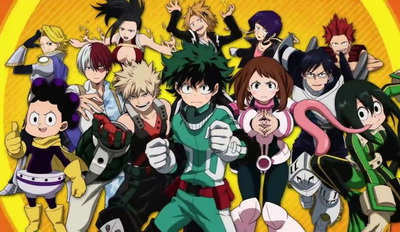 The third season of Boku No Hero Academia. A story about comic-like superheroes if you’ve never watched it before. It’s a very fun anime. The second season did not disappoint at all. It was very rich in content and obviously very rich in episodes as well. It ran for 25 episodes compared to the first season that ran for around 13 episodes. Everyone is hyped up for this anime. This new shounen anime is already beginning to attract the limelight because of its awesome consistency. The appearance of the growing League of Villains after the Hero Killer Stain’s debut has already left a huge cliffhanger for some fans making them very impatient to watch this sequel. The sequel is going to be released this April 2018 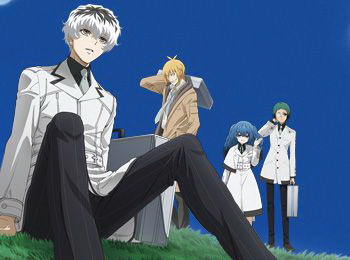 There’s a timeskip of two years after CCG’s raid on Anteiku. If you’ve never watched this anime before, you better catch up fast. As this is a seinen anime, there are a lot of things going on that require a lot of knowledge close to a mature level. The manga has also been very consistent so there’s a lot of content that the anime can adapt from the manga. It has been long awaited for years and now it’s going to be released this April 2018. Everyone is surely delighted. 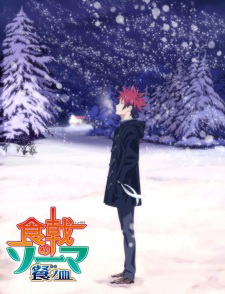 This is the second cour of Shokugeki No Souma season 3. The anime’s consistency is beyond amazing. It’s been releasing all these sequels and each episode is always full of hot and delicious food action. Without spoiling the newbies who have not watched this anime yet, there’s a lot been going on in Totsuki Academy and you’re going to be interested in letting yourself in it. It’s almost like an anarchy in the food industry to see how the best and stylized young chefs are going to survive the tyranic state of the academy. 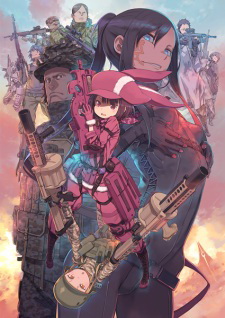 I bet most anime veterans have already watched Sword Art Online. Well this anime is not exactly Sword Art Online that features the original protagonist, Kirito. Alternative, as the title of the anime says is most definitely true here. It of course doesn’t mean this series won’t be interesting. I for one was disappointed with how Gun Gale Online turned out and wanted more. I believe this anime would probably help you quench your thirst for Gun Gale Online Satisfaction. The series is centered on Karen Kohiruimaki, who’s bad at dealing with people in real life like classic gamers are. It’s going to be released this April 2018. 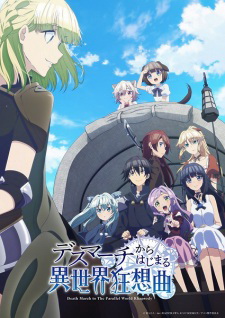 Suzuki Ichirou is a programmer of the age 29 who gets transported to a fantasy RPG. This is yet another classic game-based anime. In the game, he is a 15 year old named Satou. There are a lot of existential and intrapersonal thoughts in this anime as any game-based or RPG anime would be like. Some examples of that were SAO, Grimgar, Log Horizon, and many more. He’s very powerful within the game and ends up wiping out an army and becomes a high leveled adventurer. He though, chooses to live peacefully and meet new people. It’s a classic fantasy game anime you would love to see for something refreshing. It’s coming out this January 11, 2018. 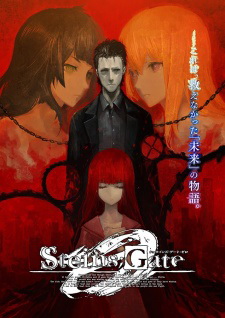 Steins;Gate Zero is a side story that explores what happened from the Beta Attractor Field’s future to make the original ending seemingly possible. If you thought Steins;Gate wasn’t dark and brain twisting enough, there’s going to be more brain twisting events that’ll happen here because of time travel. There are also of course, unexpected new tragedies that await the main character, Okabe, for some very suspenseful and thrilling events. 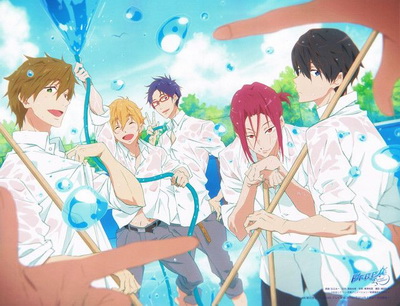 This is the third season for Free!. A very fitting anime for the summer featuring Highschool boys in a swimming club. As any sports anime would be like, it features deep connections and relationships among the club members. They face challenges and overcome them. Free! is an awesome anime for swimmers out there. The anime will be aired around July 2018. 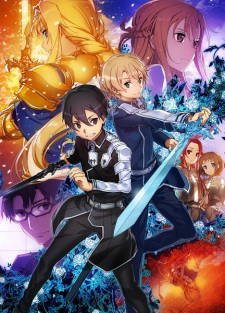 Join more of Kirito’s adventures as he awakens in yet another game. A fantastical forest with towering trees. Kirito wonders into and gets lost in “Underground”. He explores this world with new friends as they struggle to escape there and find secrets of this new virtual world. Even though it still shares some similar concepts as the old Sword Art Online series, it’s still worth giving it a try. The new world and new friends seem very exciting after all. The date for when this series will be aired is still not confirmed, but hopefully it does come out this 2018.

11. Nanatsu no Taizai: Imashime no Fukkatsu 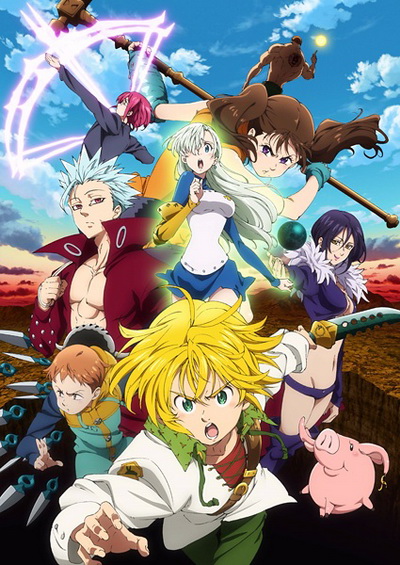 This is yet another season of the Nanatsu no Taizai series still featuring your beloved characters from the previous seasons. Hopefully it also doesn’t disappoint. We will still get to see the usual awesome fighting scenes and comedy with the main character. It’s always worth to follow these guys with their adventures in this vast world. It’s going to be aired this January 2018. 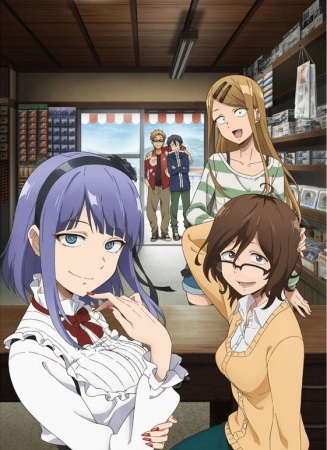 Not everyone has seen this anime and that’s only fair. It educates you about the amazing candies and snacks that are in Japan. It’s a fun slice-of-life anime that’s very educating if you’re interested in the topic. There’s only a small amount of characters that are fun and have very likeable personalities. Most of the scenes are inside the main character, Shikada Konkotsu’s, sweet shop in a rural area. The second season will be aired January 2018.

This is the third season of Date A Live. A boy named Itsuka Shidou meets a spirit girl who has been rejected by a devastated world. The girl happens to have wiped out a handful of humanity 30 years ago. The only way to stop her is to date her. It’s a harem anime with a great collection of characters that will surely give you a great harem experience. It is not certain when the anime will be aired but fans are definitely hoping for it to be this 2018. 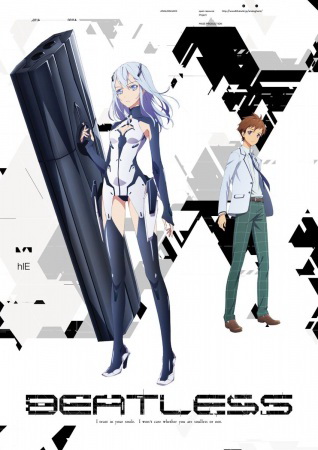 The anime is set in a futuristic world where AI has surpassed human intelligence. Beings far too advanced for human technology already exist in this time. Lacia is one of those beings. The 17 year-old Arato Endo encounters this artificial being and several questions are brought up on how these beings coexist with one another. It sort of reminds you of Hatsumei Boy Kanipan. It will be aired this January 13, 2018. 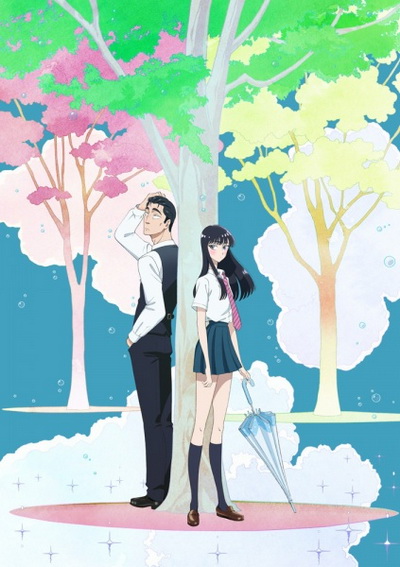 This new romance anime features a high school student Akira Tachibana. She used t be part of the track and field club but is no longer able to do that because of an injury. She now works part-time at a family restaurant and finds herself falling in love with her manager, a 45 year old man with a young son. It’s an interesting forbidden love concept and definitely an anime worth checking out. It will be aired this January 2018. 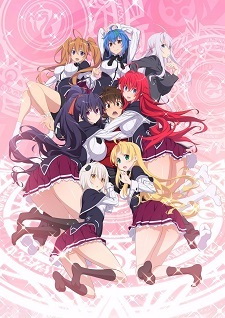 This is the long awaited fourth season of the High School DxD series. If you’ve never watched it before, it features a pervy main character, Hyoudou Issei, being part of the devils after a fateful encounter. There’s a lot of lewdness in this anime and it only keeps on going even for this sequel. It’s worth watching despite its eroticism. 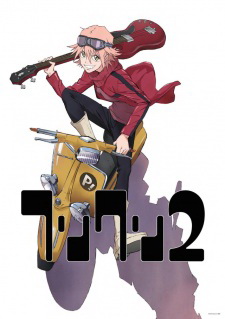 The story is set in a world where there is war between two entities known as Medical Mechanica and Fraternity across the galaxy. A young teenaged girl, Hidomi, who believes there is nothing amazing with her average life. One day, a new teacher arrives at her school and soon enough, Medical Mechanica is attacking her town and discovers a secret within her than can save everyone.

18. Darling in the FranXX 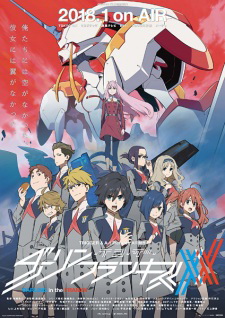 The story is set in a distant future. Where land is ruined and humanity establishes the mobile fort city Plantation. Children live there knowing nothing of the outside world and their lives only consisting of fighting battles and carrying out missions. First look at the anime was interesting as it had a promising art style and reputation from the studio. The studio Trigger has an iconic art style that sports the same as Kiznaiver and Kill la Kill. This anime will be aired around January 2018.

This is the second season of Made in Abyss. Don’t be fooled by its child-oriented art style as it has a rating of R – 17+ (violence and profanity). There’s a dark side to all that cute style. No one knows the gaping chasm stretching down into the depths of the earth, filled with mysterious creatures and relics from time long past. Divers have sought to solve these mysteries of the abyss and boy there are full of surprises. It’s an adventure you wouldn’t want to miss. It’s not yet certain when the actual release is but hopefully this 2018. 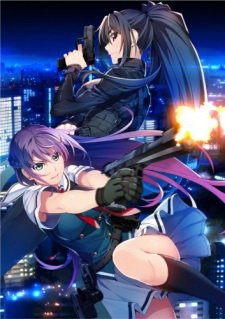 Grisaia: Phantom Trigger takes place after the existing Grisaia trilogy. It features an entirely new group of characters and protagonist. The story follows a class of students at Mihama Academy, converted by anti-terror organization CIRS into a “specialist training school” for a new generation of operatives. Guns and women are featured in this anime and you wouldn’t want to miss their diverse character personalities. The concept of the “specialist training school” is an interesting take for anti-terrorism. It is not yet certain when this anime will be released but hopefully it will be released this 2018.

Thank you for reading this list. If you are interested in watching any of them or keeping up-to-date with all the latest anime titles. Check out this list of The Best Anime Streaming Websites in order to give yourself your preference for the best anime experience.