If you are willing to re-evaluate your youthful aesthetic prejudices, rich vistas of pleasure await. As a Smiths-obsessed teenager, the gritty, non-linear songcraft of Sonic Youth was unlistenable garbage to me. When I delved into their back-catalogue as an adult, I felt like an idiot. The nuance behind the screeching wail was a belated revelation, and now Evol features prominently in my mp3 rotation, while Meat is Murder languishes in the second or third tier (although I still love Mozz/Marr, and deeply envy one of our esteemed contributors' acquaintance with Johnny Marr).

When I began to collect toys in college, I bought up dozens of mixed lots, discarding the inevitable Gobot content. The Gobots were, of course, the pathetic off-brand Transformers only introduced into our lives by clueless gift-giving relatives. I knew with epistemological certainty that Transformers were awesome and Gobots were lame. Though, as in all things, a certain distance allowed me to examine the figures on their considerable merits. Apparently, even in the realm of collecting children’s playthings, adulthood allows us to appreciate the world in new ways.

Which brings us to the toy in question. Zeemon was released as part of the first wave of “Super” Gobots, Tonka/Bandai’s larger, more sophisticated additions to the Gobots universe. Though these figures approximated the TF Car-Robot scale and complexity, one design feature probably doomed them in the eyes of children like myself: those heads. My educated guess is that PLEX started with the rebranded Psychoroid mold (originally from Space Adventure Cobra), and riffed on the concept of cockpit-as-head for this first wave of Super Gobots. While the Transformers all had compelling, relatable human faces, albeit mechanized, the Super Gobots seemed archaic and clumsy. At least, that’s how they seemed to me then. Now I think they’re terrific. 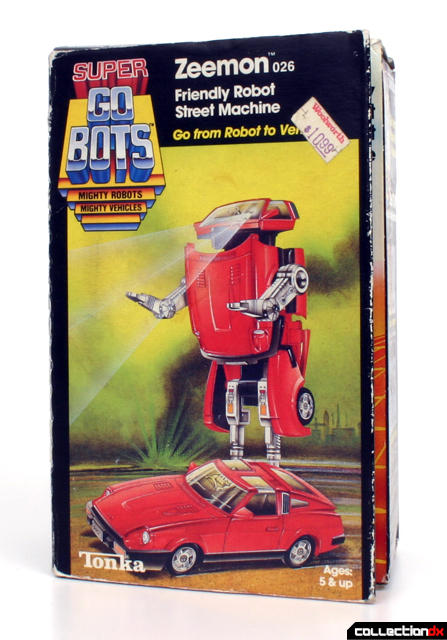 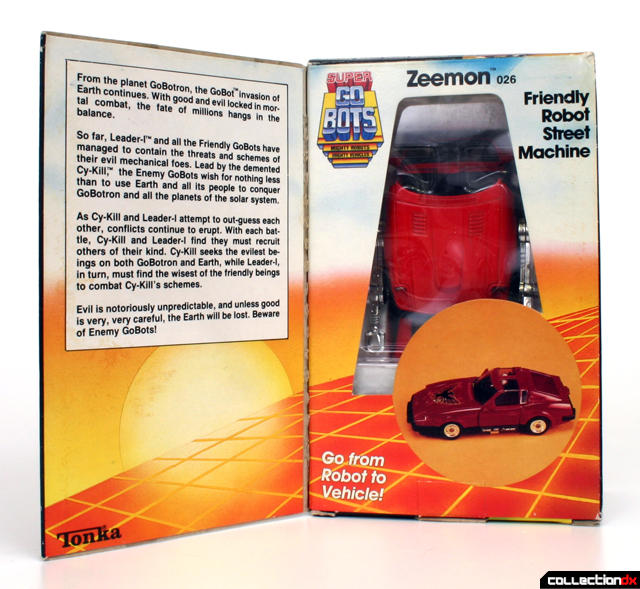 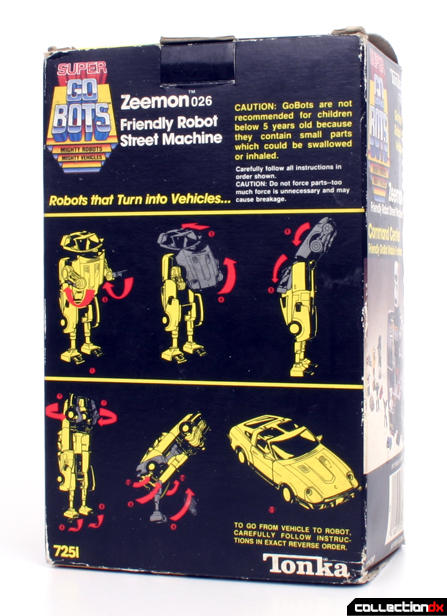 Inside, a minimalist styrofoam coffin. No accessories to speak of, but there is a decal sheet. I invite anyone who has a loose Zeemon to immediately peel of its decals; they, in my adult estimation, are stupid and ugly. I had a loose specimen, but seeing the figure without the dumb, inaccurate Firebird hood ornamentation, was revelatory. 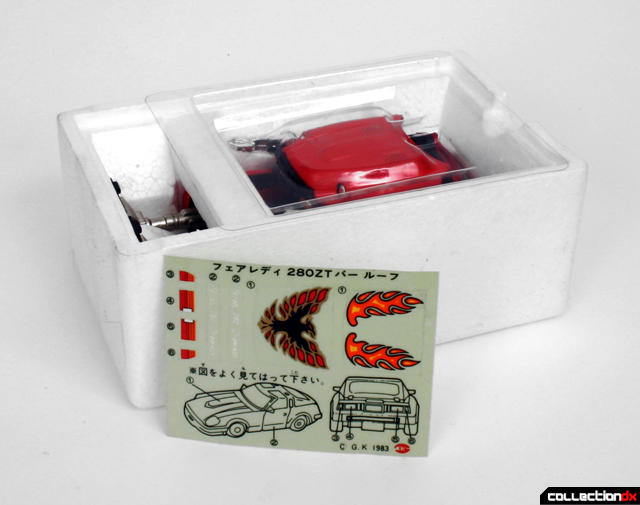 Though packaged in robot form, I’m starting with the vehicle mode, a Datsun/Nissan Fairlady Z (thus, the Zeemon name). The vehicle, while gappy and maybe awkward by modern standards, is beautiful. The fit, finish, and proportions are all top-notch. The chrome driver is a nice touch. 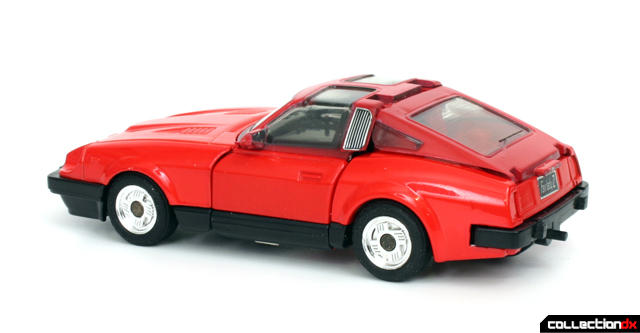 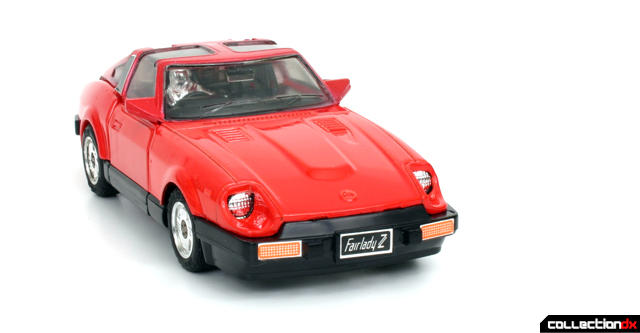 Observing the underside of the car tells you almost everything you need to know about the transformation. 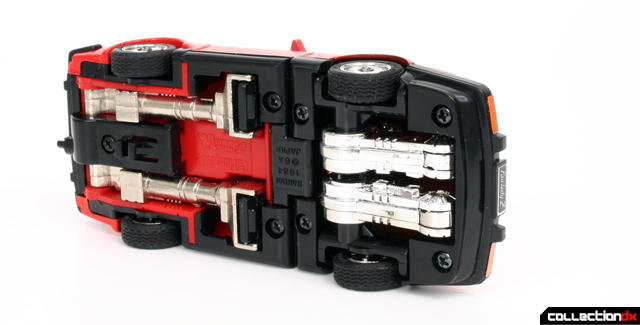 Folding out the arms gives you a nice intermediate attack mode (kind of like those mail order Transformers with fold-out weapons). The arms, as the head. do feel retro, with their pincers in place of articulated humanoid hands.

Legs fold out, the car folds in half. 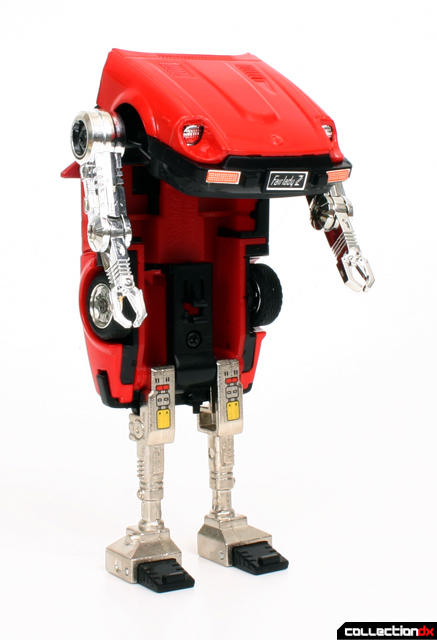 In my experience, certain toys only come alive in certain contexts. Like I said, I’ve had a Zeemon in my collection for years, but this boxed, minty, un-decaled specimen seems totally fresh. And photographed in a pristine setting, it really pops. 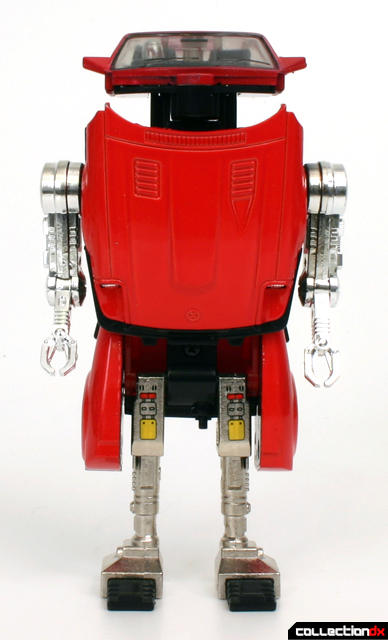 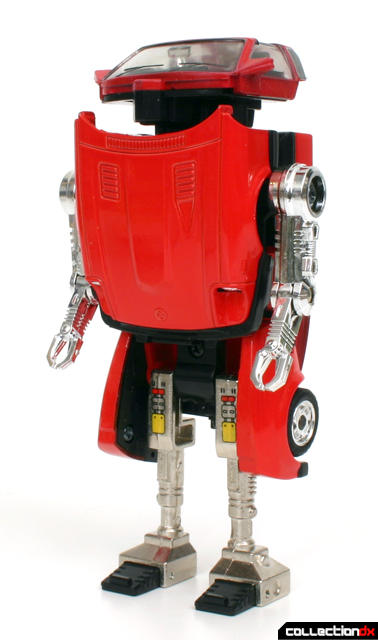 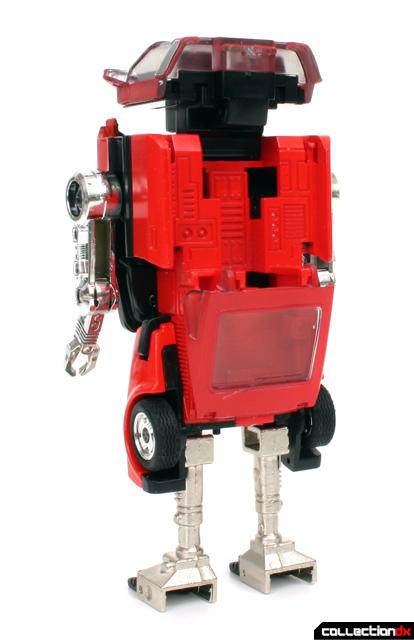 The proportions and materials are impeccable. The metal (there’s a lot of it, maybe 80% of the figure) lends Zeemon a hefty, substantial quality. The raw metal finish of the legs nicely complement the chrome arms. 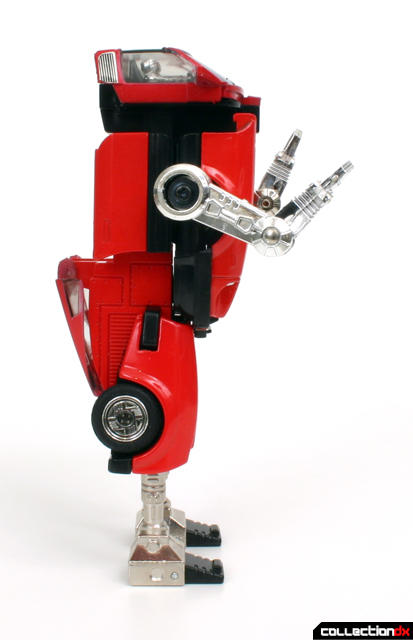 Poseability is limited, but what did you expect? And who cares, when it looks this good? 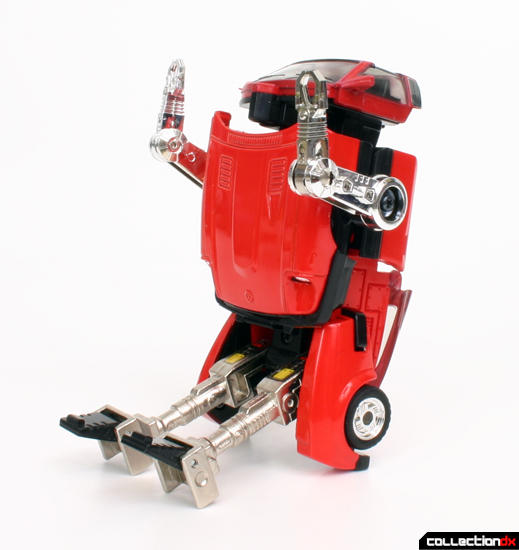 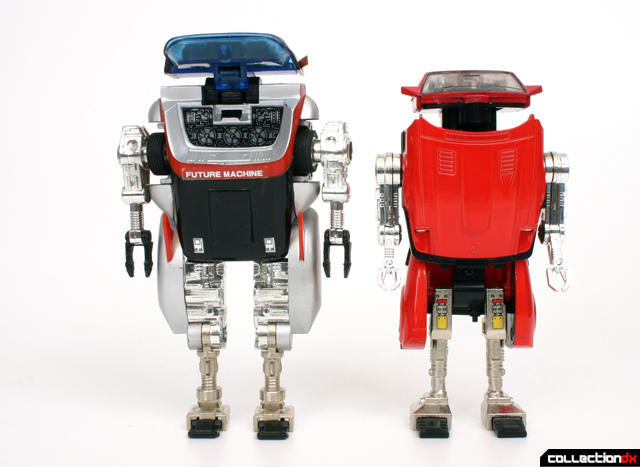 3 comments posted
My first car was a Datsun

My first car was a Datsun 280-ZX. Seeing this robot really brings back memories. And then at the bottom of the page is a Future Machine, which I actually had as a kid. Very cool to read this review.

I still have my Future Machine and it will always be a favorite of mine. The only Gobot I own, but it has earned a place of honor on my Transformer shelf. Rolls really nice too.
The only thing that bothered me as a kid was that I wanted to be able to pull out the little driver and play with him. I can remember being a bit confused, thinking I was missing some part of the transformation where the cockpit opened up.

I was digging out my modest collection of Gobots today (most of them have seen better days). They're full little toys. I wish I've taken better care of them.

I use to have one of the big cars, Bug Bite (which I probably used as Bumblebee until the Pretender/Action Master/G2 version came out).