This is how old I am. The Zakk Wylde I remember was the "new" guitarist who replaced Jake E Lee in Ozzy's band when I was in high school. He first appeared (to me) on 1988's "No rest for the wicked" which to me was a return to the golden age of Ozzy. Not since Randy Rhodes had a guitarist brought such a significant contribution to the former Black Sabbath frontman's band. Zakk was a young, skinny kid with long hair and a signature bullseye guitar. This was back when Headbangers Ball on MTV was my source for new rock and metal, and his look made a significant contribution.

Years would go by and Zakk would outgrow his time with Ozzy and would go on to form his own band named Black Label Society. That band put out 13 albums and is still going strong. Zakk is no longer the skinny kid, but a beast of a man who now looks like the sound that comes out of his guitar.

Manufactured by Aggronautix and sold under the Guitar Gods label, the Zakk Wilde bobblehead perfectly captures the likeness of this insane rocker.

The figure comes in a cardboard box with a die cut window. Inside the figure rests in a plastic clamshell, easily visible inside the box. 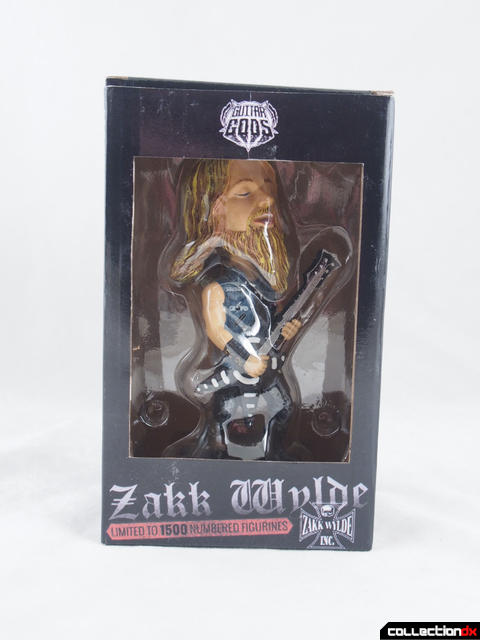 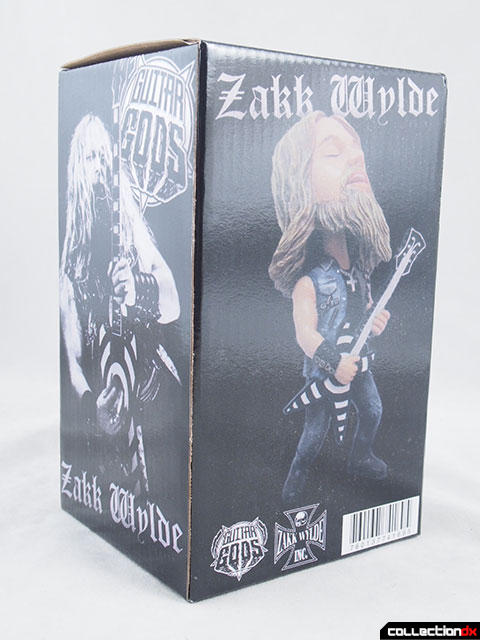 Also included was a small card. 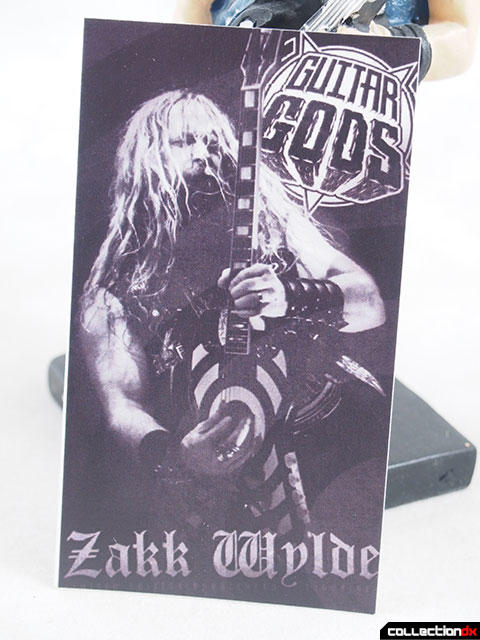 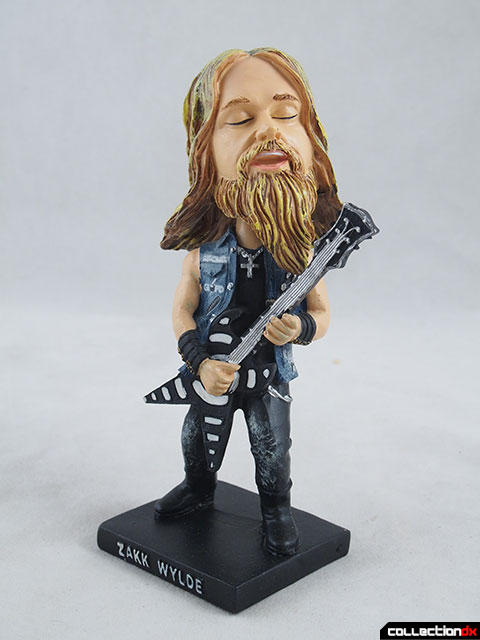 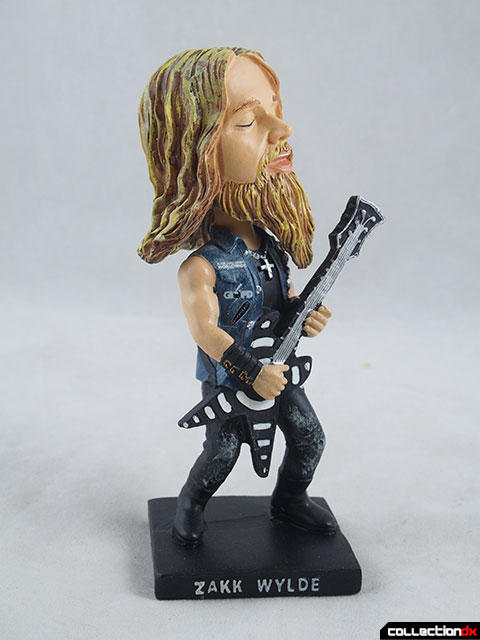 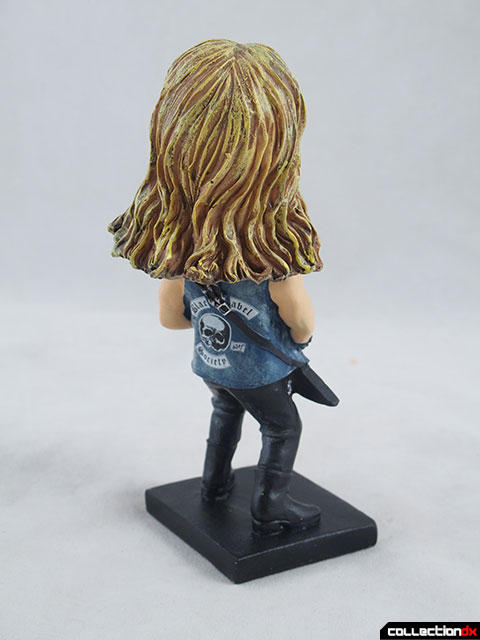 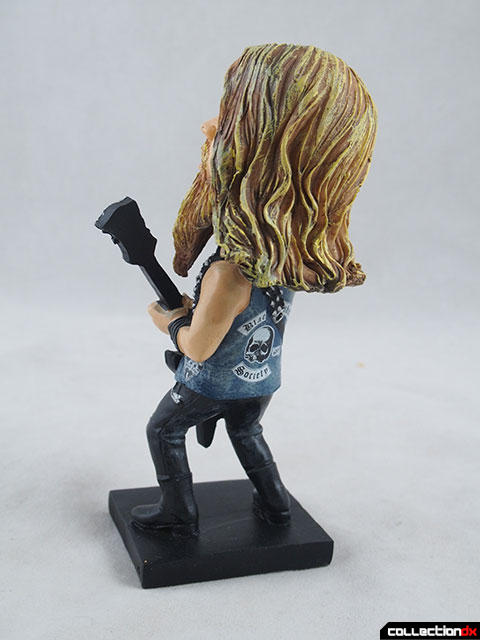 The vest has some killer tampo printed detail, the first i've seen on these figures. 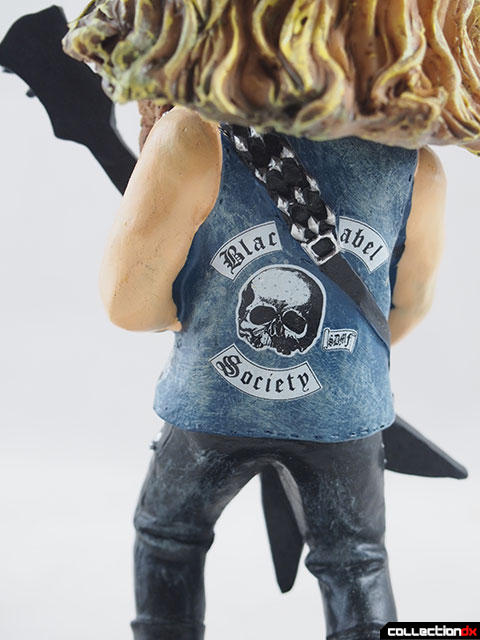 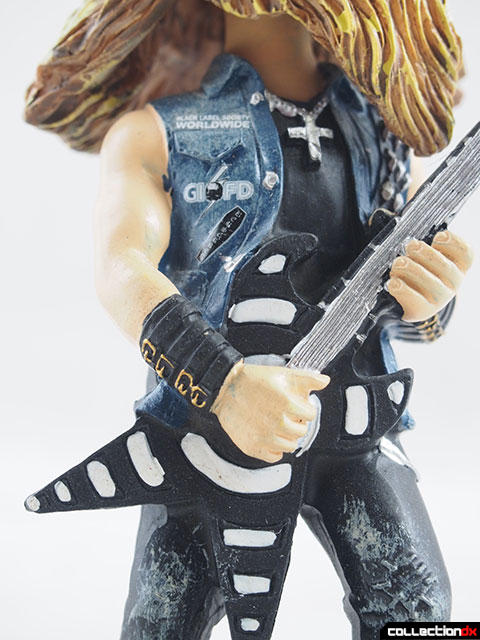 Zakk's name is sculpted onto the base, and underneath is a sticker denoting the limited edition. This one is 1094 of 1500. 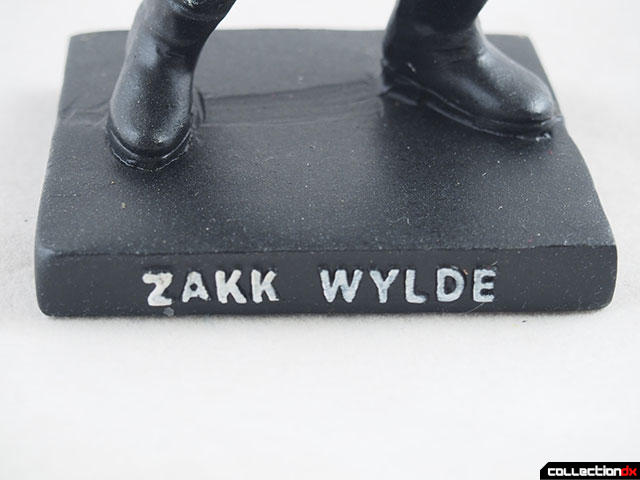 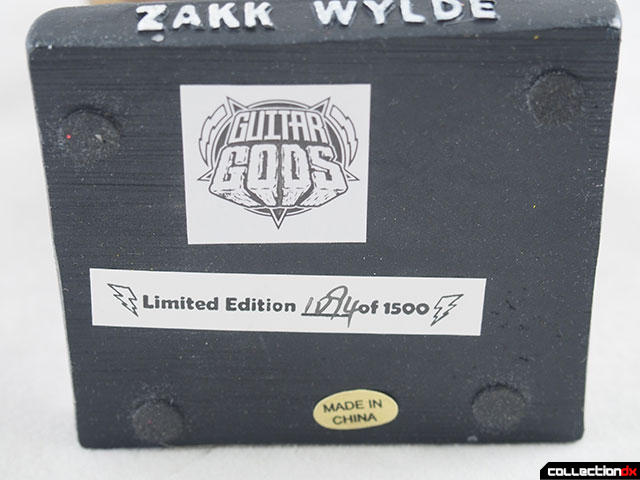 This figure really captures the likeness of Zakk Wilde, and it being a bobblehead you can simulate the subtle rocking back and forth of a guitarist getting into the groove.

Zakk Wylde really captures the era of Ozzy that I was really into. During his second tenure with the band he was joined by Robert Trujillo on bass (later a member of Metallica) and Mike Bourdin on drums (of Faith No More). If that wasn't a super group, I don't know what one is.