Y-wing starfighters are powerful vessels in the Rebel Alliance fleet, with ample firepower that includes laser cannons and proton torpedoes. The Rebel forces make do with whatever vehicles they can obtain, and the sturdy Y-wing is a good fighter for them because it can withstand heavy attack and still remain space-worthy. During the Battle of Yavin, Y-wing fighters fend off Imperial fighters to clear a path for the Rebels to reach the Death Star's vulnerable exhaust port. Rebel pilot Lieutenant Lepira flies Gold Four, the point Y-wing for Gold Squadron at the Battle of Yavin, but is shot down during that pivotal battle.

Today I will be reviewing the Toys R Us exclusive 30th anniversary Y-wing fighter. The Y-wing fighter comes packaged in an attractive window box. As you know, assuming you've read my other Star Wars reviews, I gripe about Hasbro not being consistent with the style of packaging they use. However, I must admit that I like Hasbro's choice in using the window box. The packaging gives you a great view of the ship and included figures. The included figures are Lieutenant Lepira and his trusty astromech R5-F7.

After removing the Y-wing from the box its ready for play, no assembly is required! This will be the very first Star Wars ship that I've bought/reviewed that you can actually enjoy right out of the box.

The ship is comprised of quality plastic and feels sturdy with the exception of the flimsy parts that are located directly behind the engines (this is shown in the 3rd picture below).

The first 3 photos give you a quick view of the nicely detailed weathering on this cool Rebel fighter/bomber. 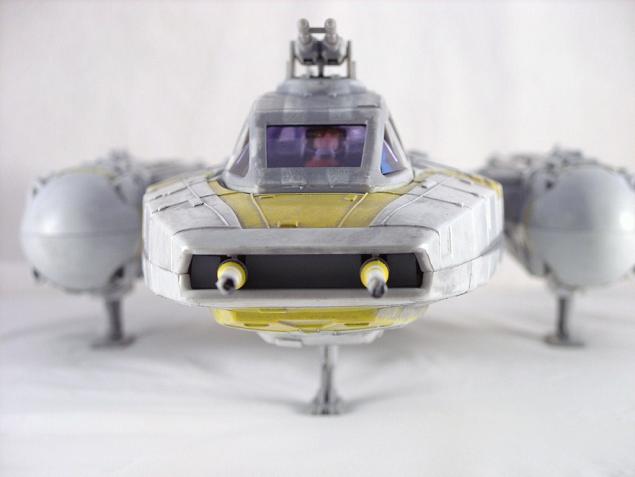 Bombs away! This next photo gives you a view of the bottom of the Y-wing armed with its bomb in the center. I'll show you the button that drops the bomb further along. 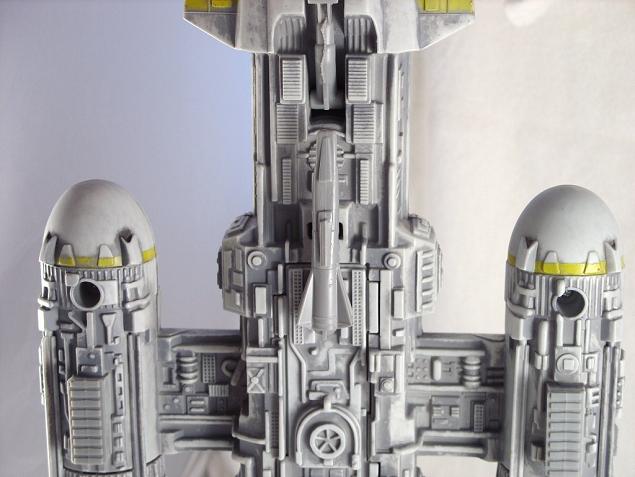 The next picture gives you another view of the bomb nestled neatly underneath the Y-wing's space frame. You also get a good view of the landing gear and R5-F7 astromech droid.

Here's a good closeup of the included R5-F7 astromech droid. Please note that the astromech shown in the photo above is non-removable. I know this stinks but look on the bright side, at least Hasbro included the actual figure. 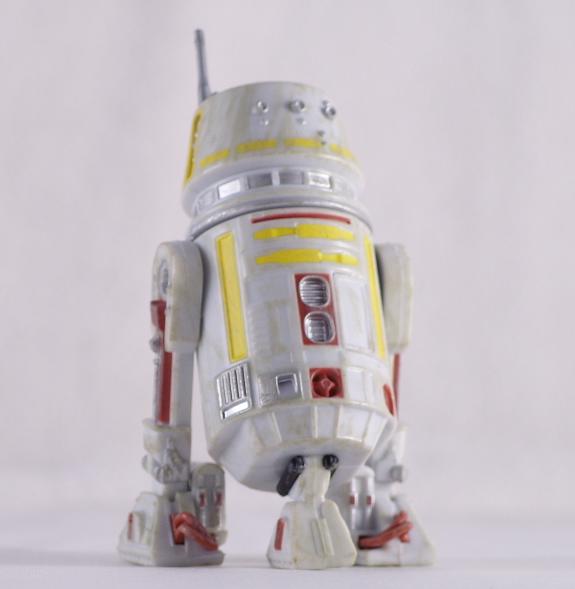 You should get a laugh out of this next photo if you saw the movie Napoleon Dynamite. Get down and boogie, Lieutenant Lepira! 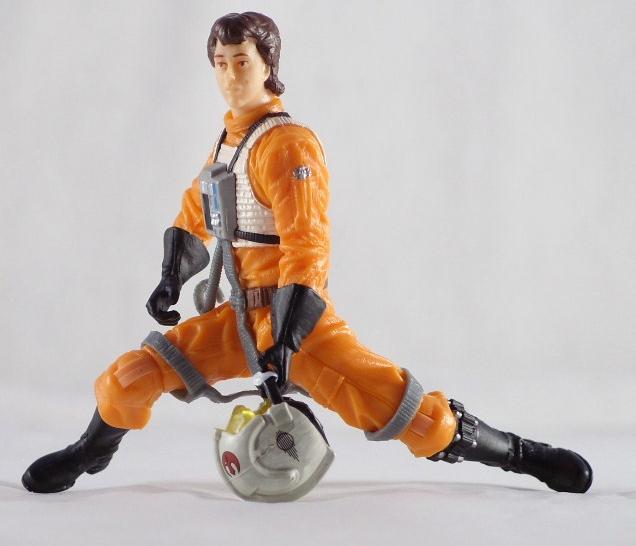 These next three photos give you a few good views of the action figures with the Y-wing ship. 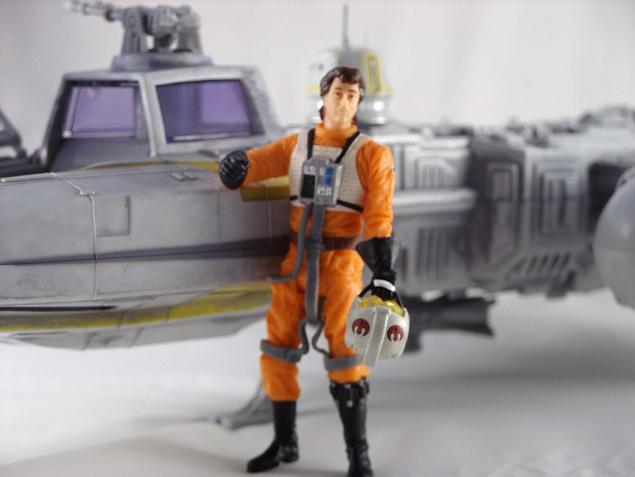 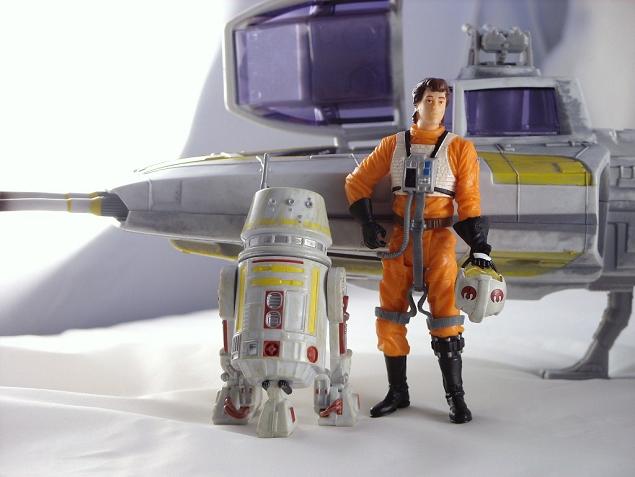 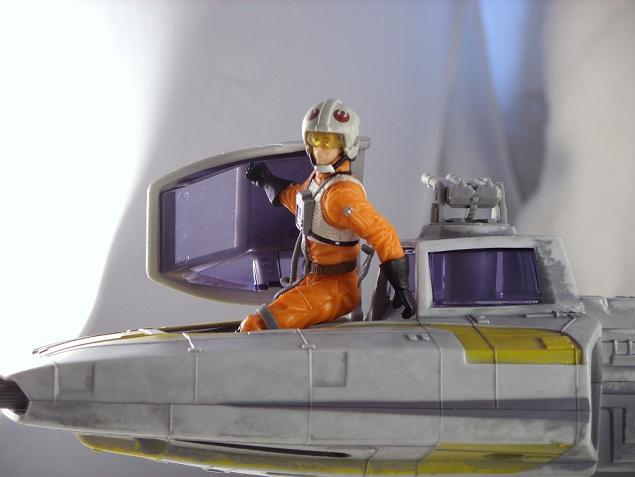 Looks like a very detailed user-friendly cockpit for Lieutenant Lepira to pilot from. 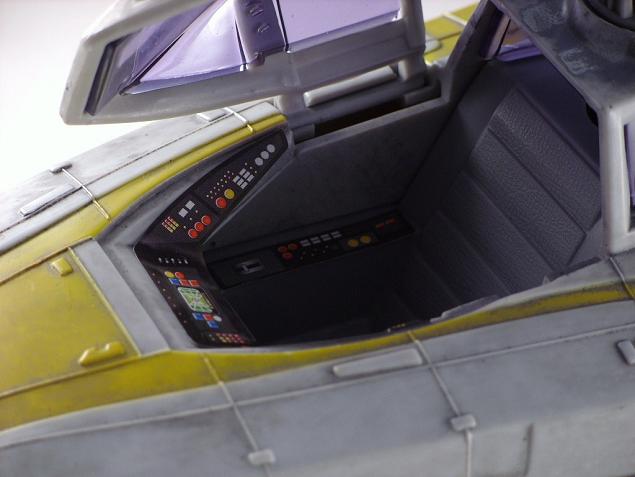 This next picture gives you a great view of the cockpit's canopy mounted laser cannon and the non-removable astromech. In case your wondering, the astromech's head can swivel. 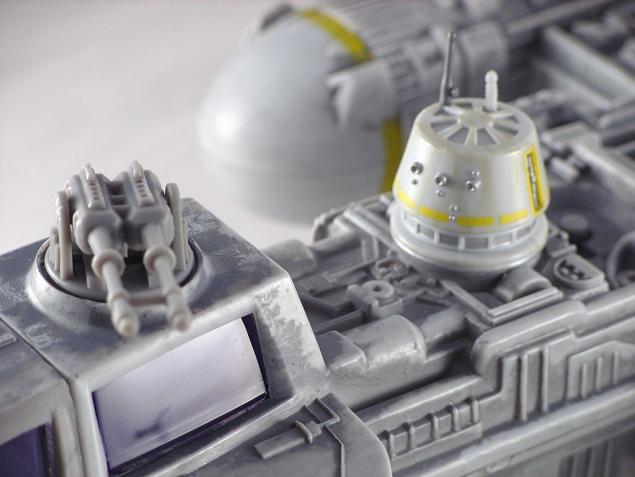 The final shot shows the button to drop the bomb located directly behind the R5-F7 astromech droid. Notice the other button located further back, that button lowers the landing gear. Overall, I like this toy. I feel its a great choice for the casual Star Wars fan or collector. I say this because it possesses playability, gimmicks, and the detail that fans and collectors alike expected in a great toy. 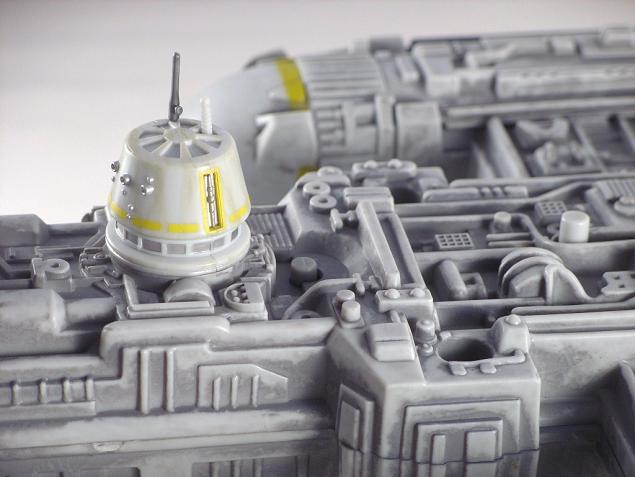 6 comments posted
Does that pilot have a

Does that pilot have a mullet?

Mullet? Why yes....Yes he does, LOL!
-Dan
CollectionDX LLC
Vice President/Co-Owner
"the other fat bearded guy at CDX"

Whether you're driving your Camaro through Jersey or driving your Y-Wing past Endor,there's only one haircut that gives you that formal-yet-relaxed look!

Posted by kidnicky on 23 November, 2008 - 09:35
My favorite starfighter from the Star Wars Universe

Should have bought one when I had the chance. :(

Apparentally this fighter has been shown in a prequelized form in the Clone Wars animated series (Basically the Y-wings we see in the OT are stripped-down versions of that fighter). Wonder if that means we'll see these 'new' Y-wings in toy form?

I hope we see a new version of the Y-wing with the body panels intact. I think it looks killer with all the panels in place.