There's not a lot of info out there about Mattel's short lived Robo Wheels line. The toy line hit the shelves during the 2002-2003 season, but they seemed to go as soon as they came. Most Robo Wheels ended up on the pegs at clearance prices at discount stores like KB toys. 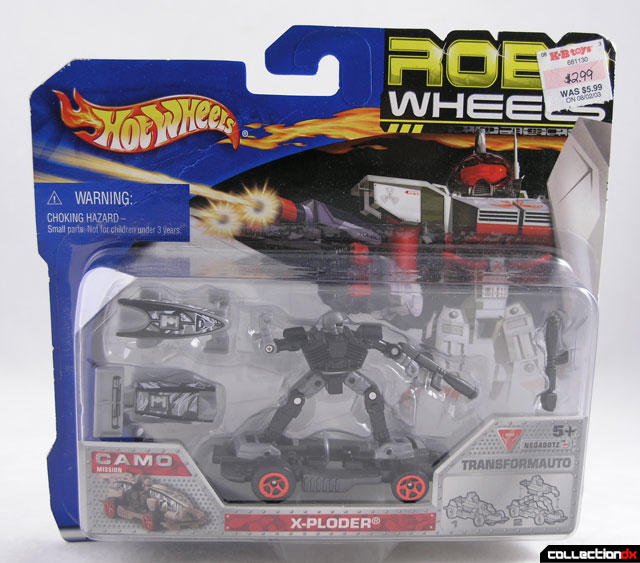 Yep - these little guys were designed by the same folk that designed all of the Sentai and Power Ranger toys. Bandai and Mattel entered an agreement in 1999 to make the most of their management resources, products and marketing, and maximize global reach and revenues. In Japan Bandai would market and sell Mattel products under the Bandai brand, and in Latin America Mattel will market and sell Bandai products under both Mattel and Bandai brand names. In addition the two companies teamed up to launch the Bandai-developed Robowheels toys that transform from vehicles to robots by Mattel as a new type of Hot Wheels brand mini-car.

"In 2001, PLEX designed a new transforming robot, later marketed by america's Mattel as Robo Wheels. This transforming robot was marketed under Mattel's famous miniature car series, Hot Wheels. Having a car that transforms into a robot was old news. Robo Wheels, was streets apart. The chassis of the car remaind in place like a skateboard and the body made up the torso of the robot. This enabled transformation to a humanoid while in motion and allowed the transforming robots to move as if riding atop a skateboard." - exerpt from "Let's Draw Manga: Transforming Robots by Yasuhiro Nitta" 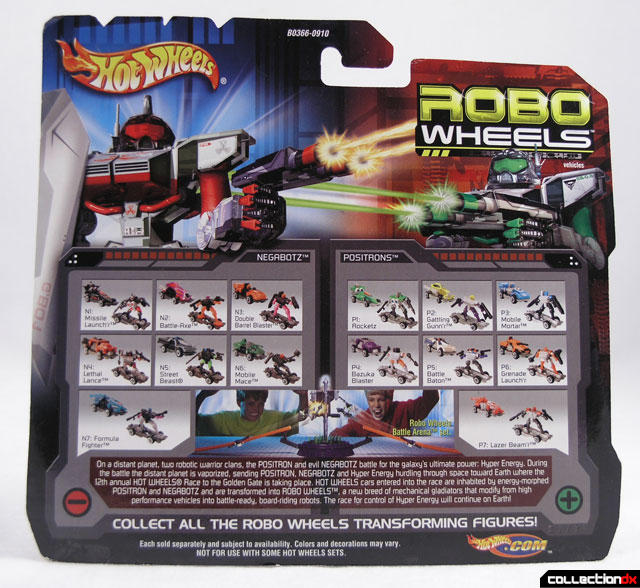 Robo Wheels ( ロボウィール) are Hot Wheels sized cars that transform into robots. The bottom deck is diecast metal, the rest is plastic. The body of the robots make up the engine and the body parts of the cars attach to the arms or legs. The legs atr secured to the plank by connection points, enabling the robots to look like they are surfing on the boards. 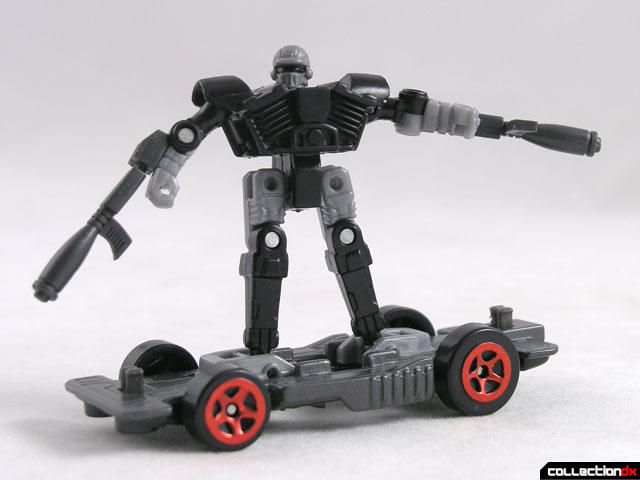 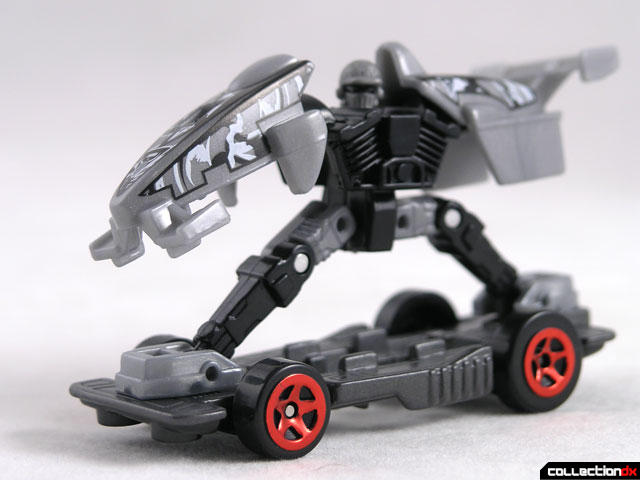 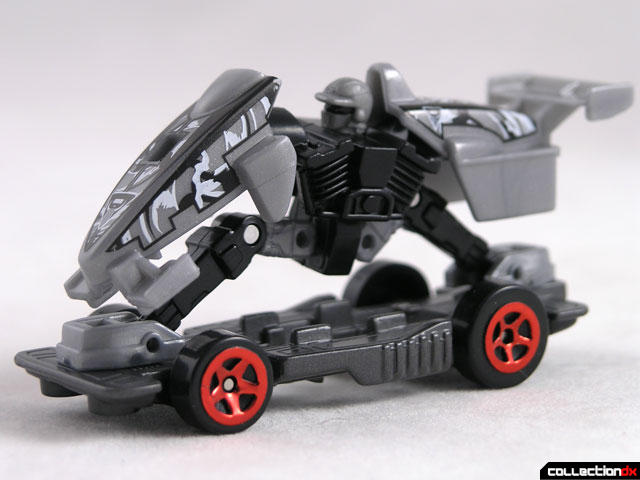 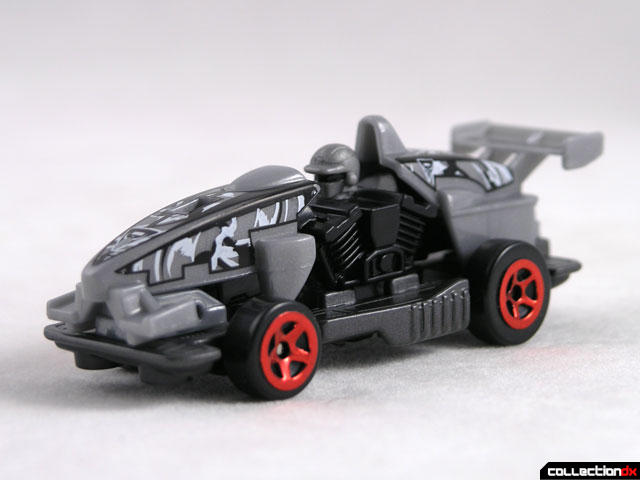 Each Robo Wheels toy had a few weapons that frankly got in the way in car mode. There just didn't seem to be any place to put them. The sculpt was nice, but some of the toys ended up being a bit fragile. The heads of the robots often were homages to other robot series that PLEX had a hand in designing, most notably from the show Bismark. 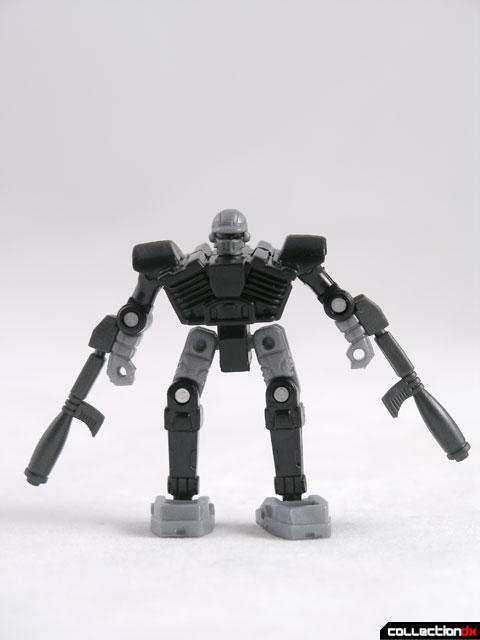 As an added play value, some of the toys had heat sensitive paint jobs. Holding them under a hot lamp or just holding them would cause the bodies to change color.

Robo Wheels were an interesting idea, but it failed to catch on with either the car collectors or the robot collectors.

Thanks to Matt from Beantown Toys for the Robo Wheels