Despite coming out in 2013, Hiya Toys continues to put out new toys from the Aliens: Colonial Marines video game. And why not? there are so many cool aliens in the game that might not ever see toy form.

This particular creature is the Xenomorph Raven. Little is known about the Raven outside of its appearance in the game. Raven is about twice as tall as a normal Xenomorph, and has somewhat of a human skull embedded in its head, suggesting a possible evolution from the original Alien creature design. 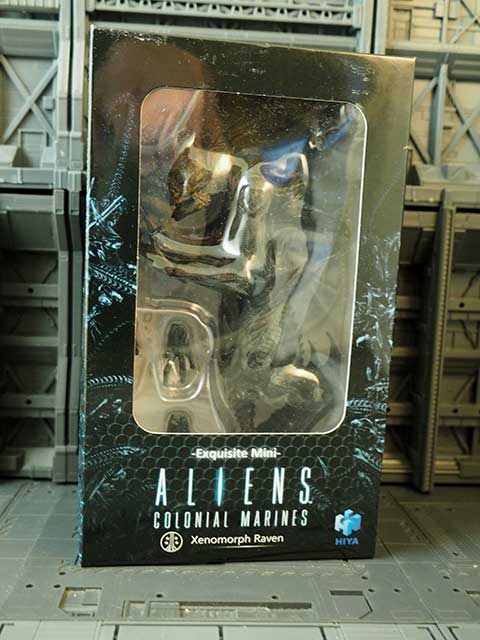 The toy comes packaged with its bendable tail bent in front of the figure, so you will have to un-bend it before posing it. The figure includes two sets of variant hands, two display stand plates, and plate connectors. The figure stands about 9 inches tall, with a 6-inch long tail. 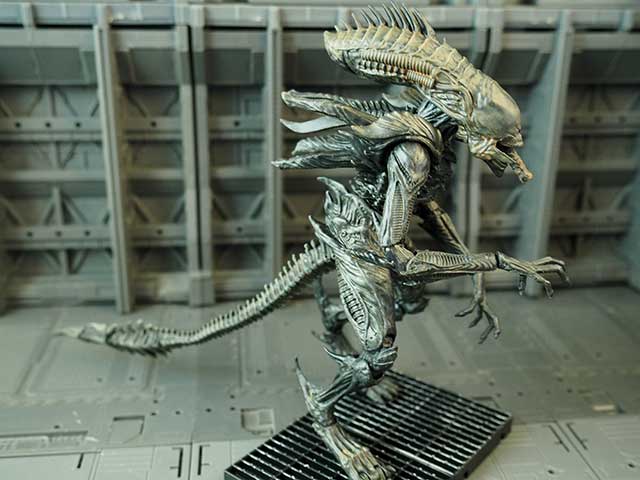 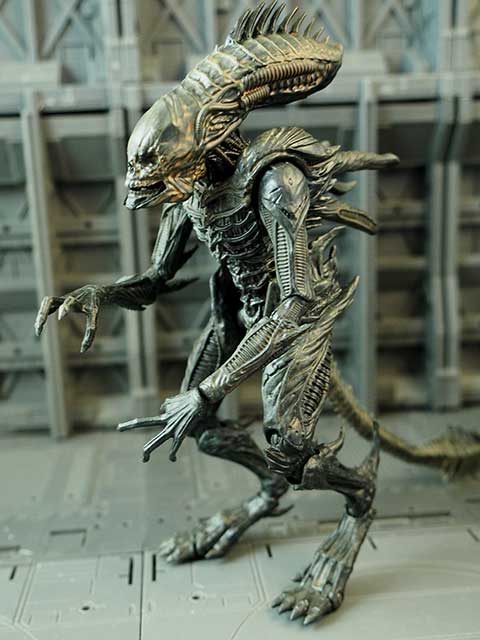 The thing looks awesome. The sculpt is amazingly detailed and evokes the classic Giger design from the original movies. I've handled some of the smaller Hiya Xenomorph toys in the past and this feels like its made by an entirely different company. Here, size does make a difference. This thing feels very sturdy and toy-like. 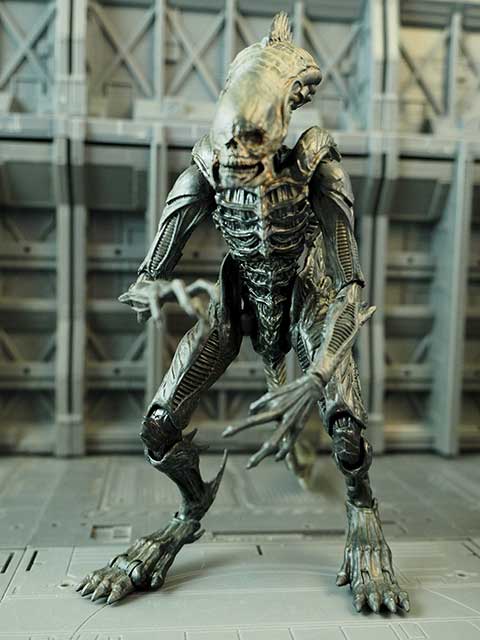 I like whatever is going on with the face here. Its as if part of the outer shell of the Xeno's head has been shattered, or broken, revealing the remnants of the human-like skull beneath. 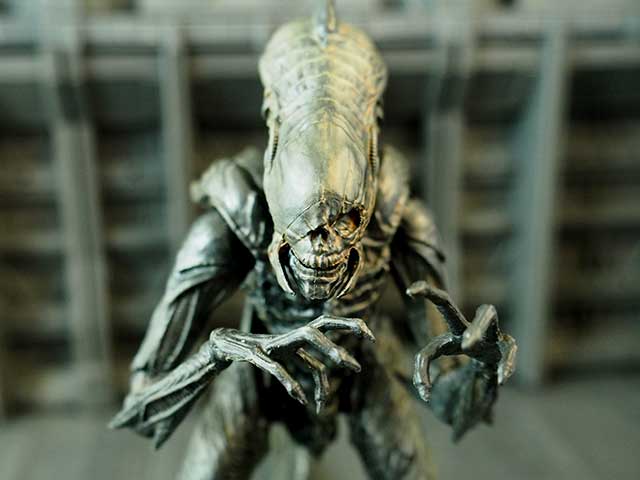 The lower jaw is articulated, and if you tilt it down while opened, the small interior mouth slides out. Sadly, there's no spring-loaded action. 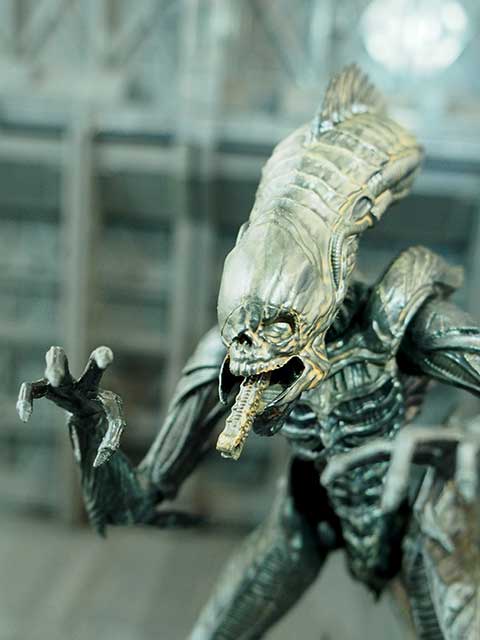 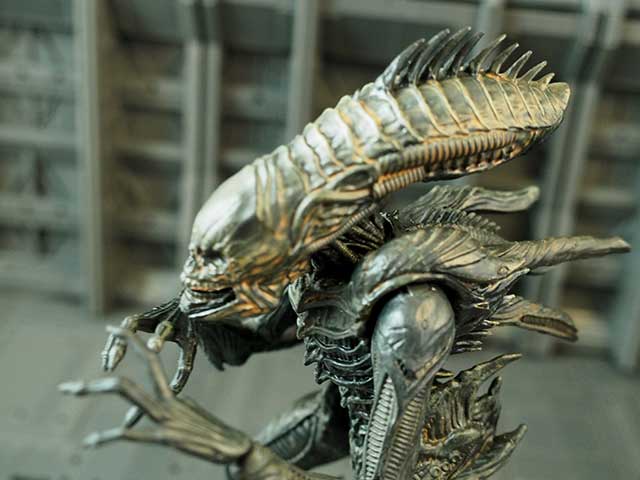 The joint work is nice on the figure, with double jointed elbows, hinged shoulders double jointed neck, double jointed knees, and even extra joints in the feet. Combined with the bendy tail, this is a fantastically articulated figure. 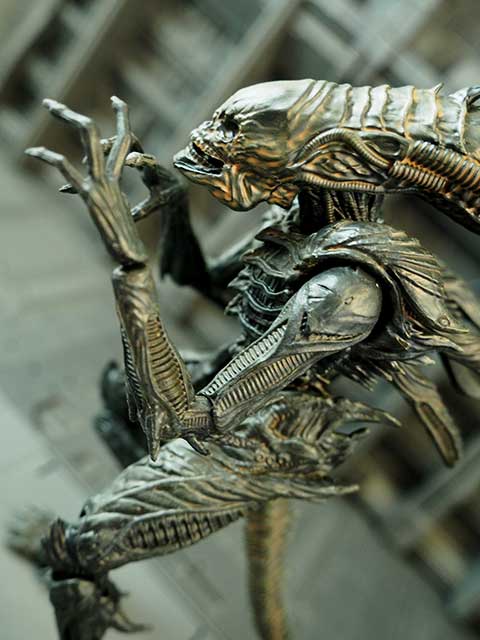 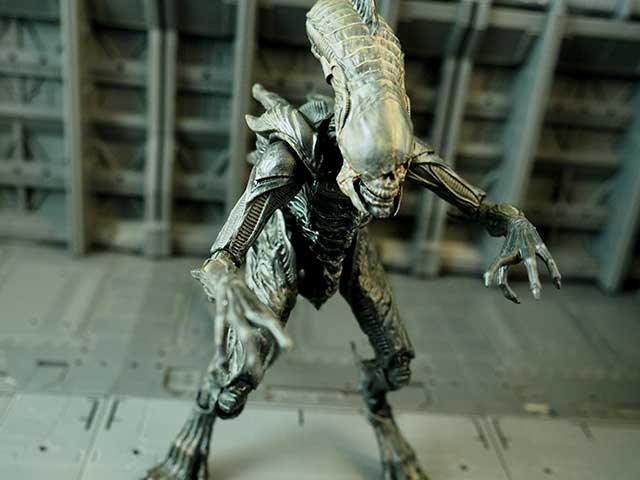 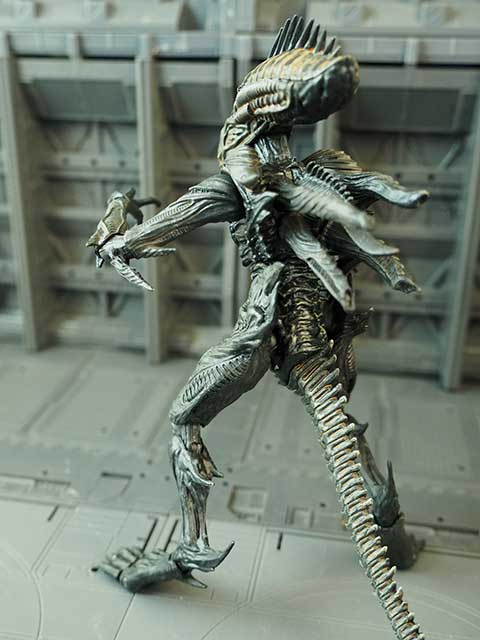 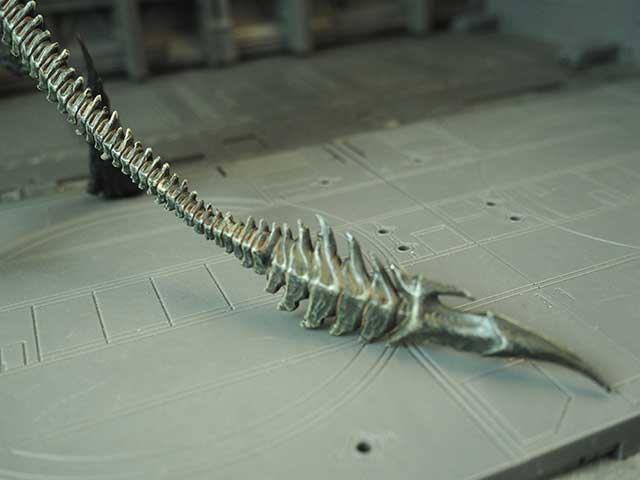 The only joint I have an issue with is the hip joints. They are hinged ball joints that can rotate, but I can't get seem to get one of them to pivot out the same way as the other. It seems like the joint needs to be rotated in the socket, and it looks like it should be able to, but I wasn't able to move it. 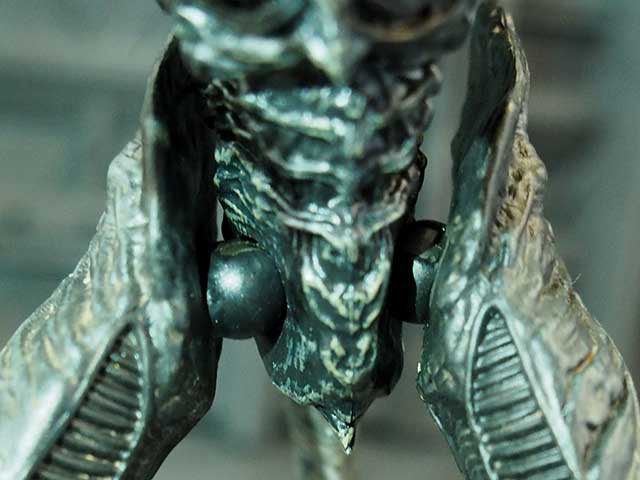 The display stand parts are super cool, seeing how as they replicate the grated deck plates of a spaceship. Each plate has one peg for attaching to a foot, and they include small connectors that hold the plates together with friction. 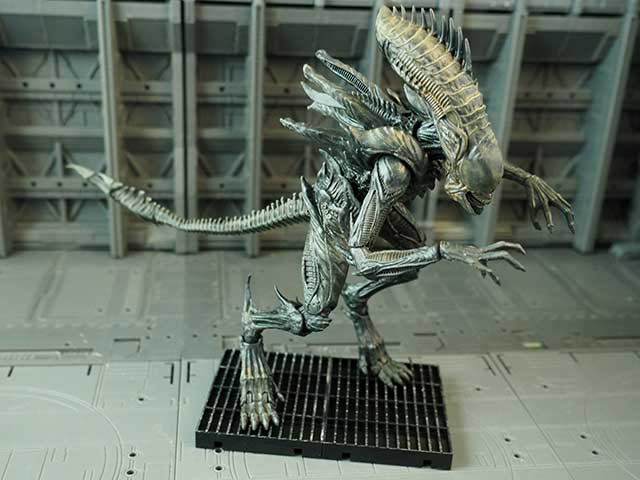 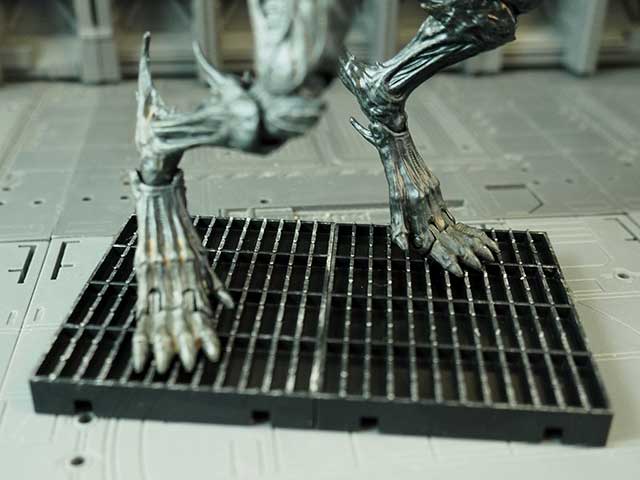 The variant hands are just slightly different than the hands that are already there, so I left them in the package. 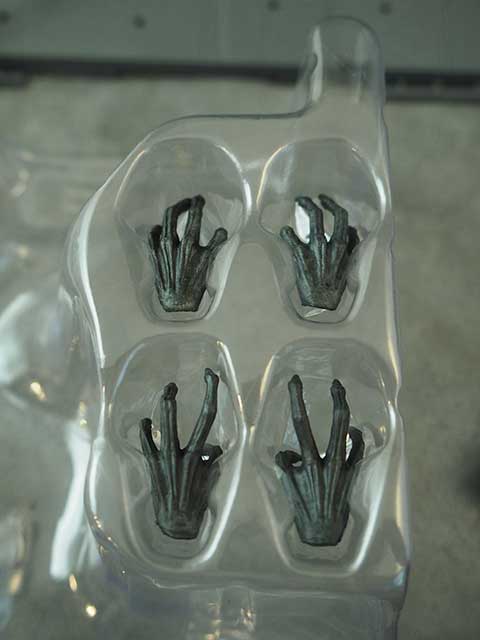 I really like the larger size of these new Xenomorphs from Hiya, even if they are only larger due to their relative size in the game.

You can get your own Xenomorph Alien on Amazon.com. Thanks to Hiya Toys for the review sample.