The Xenomorph Crusher comes from the Aliens: Colonial Marines video game, released in 2013. The Crusher (also known as Charger) has a large, bulletproof head that is used to smash into victims.

This is the largest Xenomorph toy that I've reviewed from Hiya Toys. It measures 12" long when the tail is unfurled, and about 5" tall. 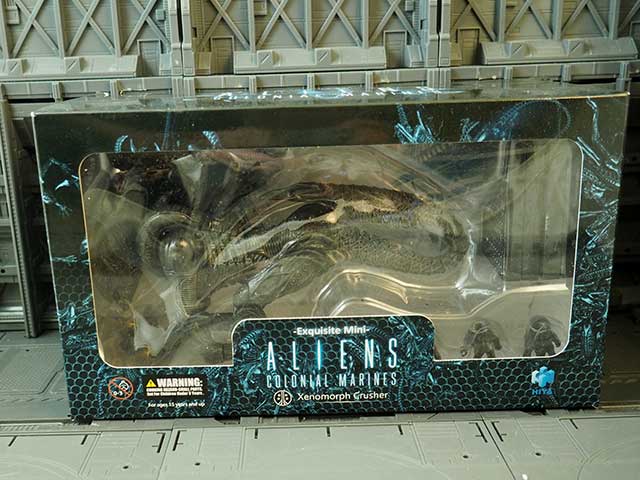 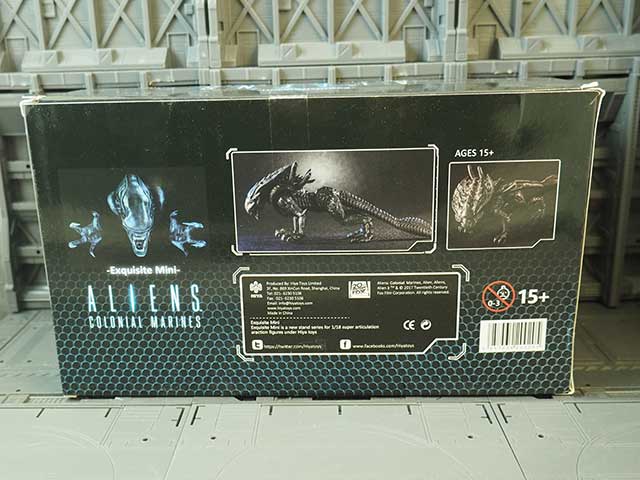 The figure includes 4 variant hands, for display stand bases, and an assortment of base connectors. 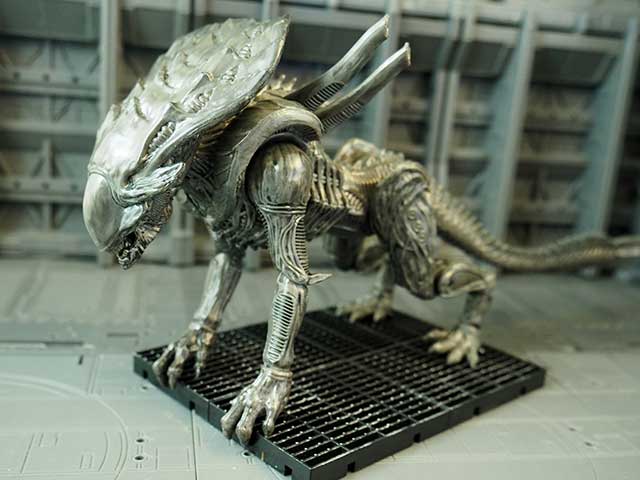 This figure is massive and has a significant weight to it. The toy is made out of a slightly rubbery plastic, that gives it a very toy-like feel. There's a nice paint wash over the entire figure that gives it a great depth. 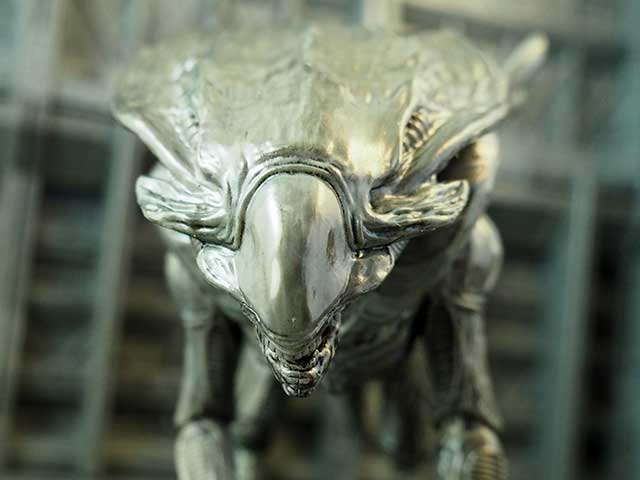 The large head is poseable on a double joint, but it won't go all the way back so that the figure can look straight ahead. This is due to the nature of the character, as the giant head is used to ram into enemies, so it is natural for him to look down. 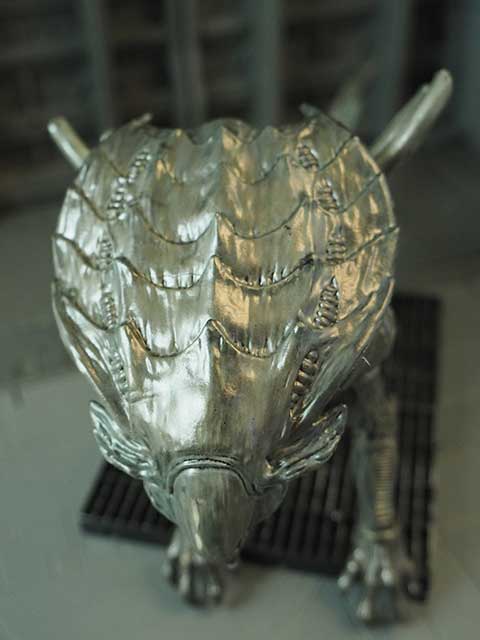 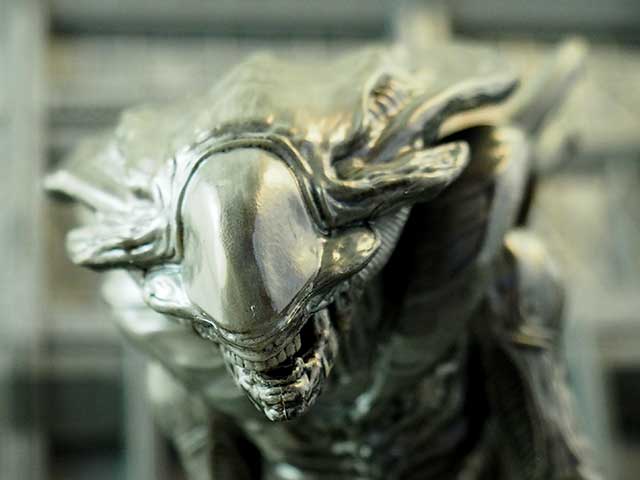 The jaw opens and the internal mouth can slide out. 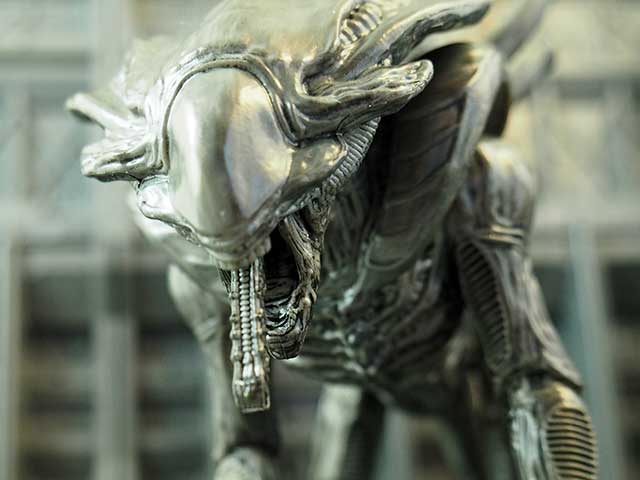 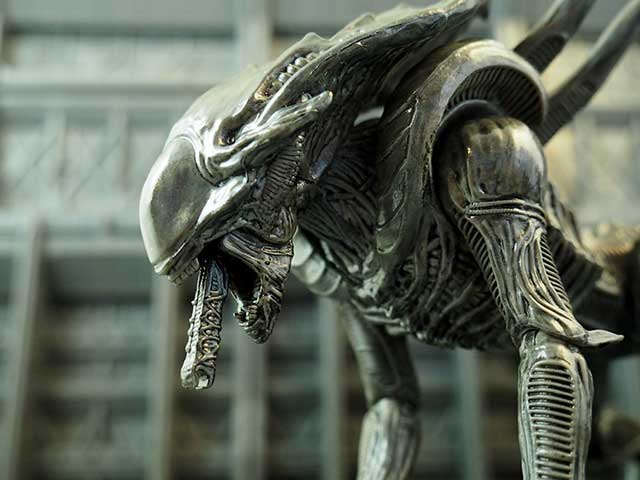 Articulation is good, but the character limits extreme poses. The shoulder joints are tight and can be splayed out to the sides. Standard elbow and hip joints, double jointed knees and a fully bendable tail. 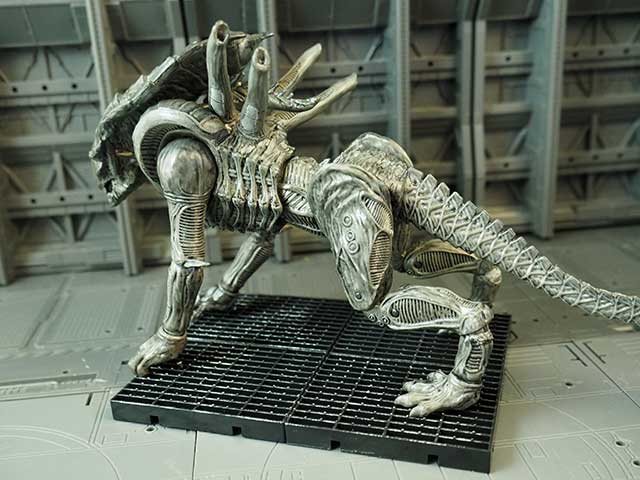 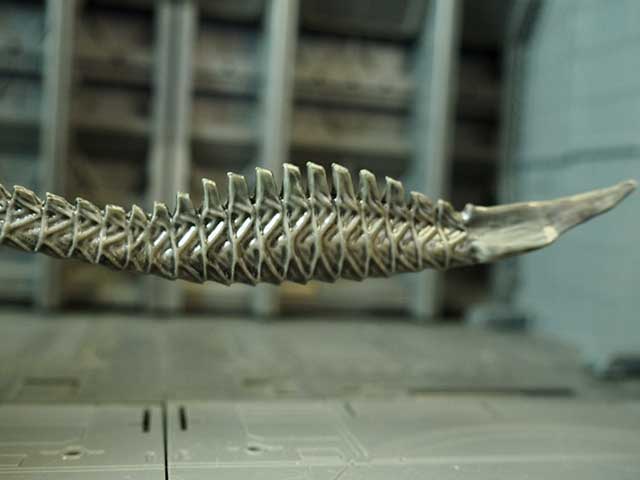 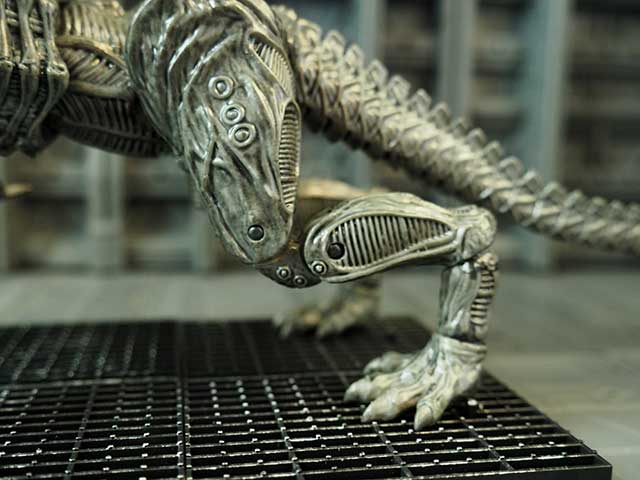 I noticed a small QC error in the knees, if you bend them too far there are unpainted sections. 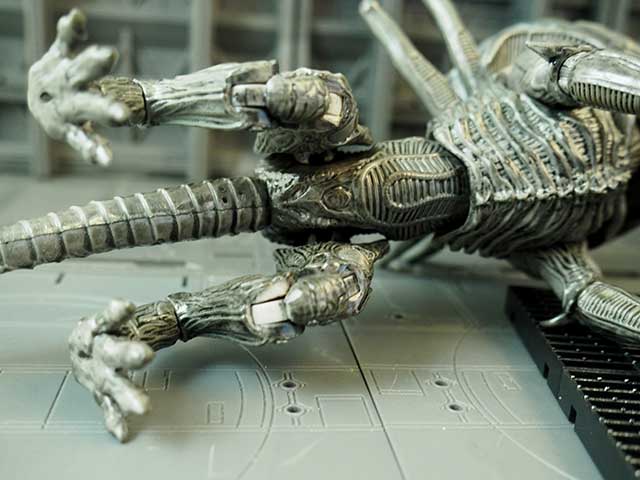 There are four variant hands. I assume two from the front and two for the back. Popping them on and off is easy, but during this process, I noticed stress marks on the pegs of the ankle joint. I was unable to move this joint and feared breaking them, so please be careful. 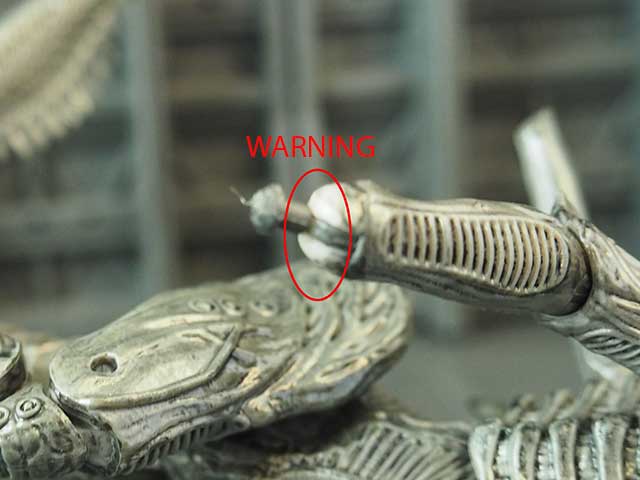 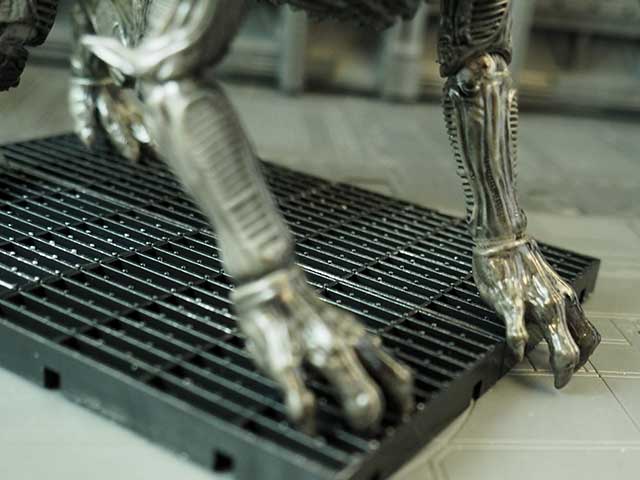 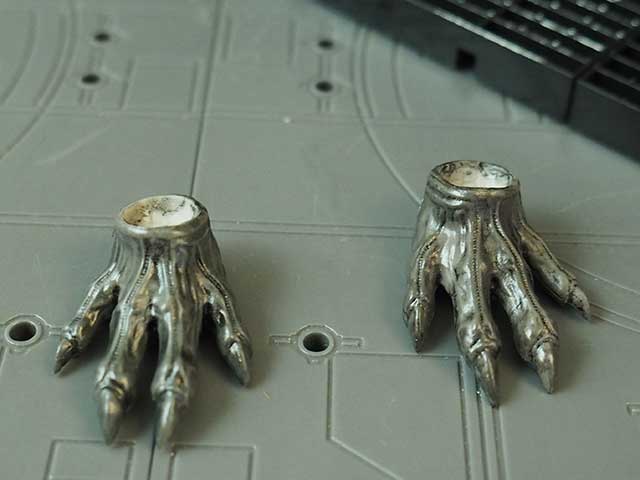 This toy reminds me a lot of the Kenner Aliens toys when they went off their meds and started making up their own Alien types, and that's a good thing. I love the weird takes of the Xenomorph design, and this one being from an actual design in a licensed Alien franchise is all the better. It has a few small issues but nothing that should keep you from enjoying the toy.

The Hiya Toys Aliens: Colonial Marines: Xenomorph Crusher is available at Amazon.com. Thank you to Hiya Toys for the review sample.