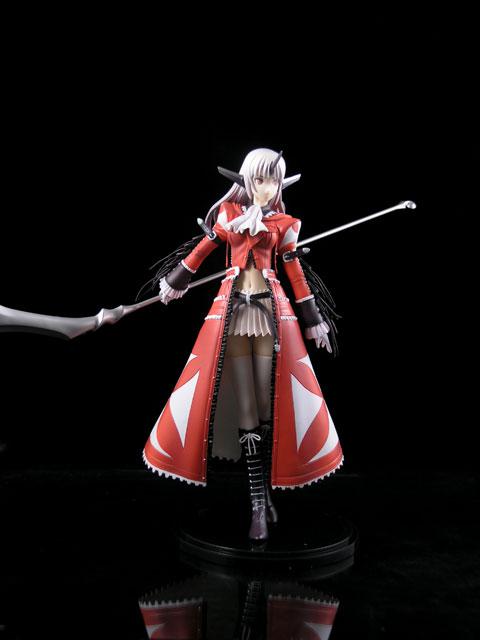 “The series of dynamic female characters from the “Shining” series continues with the star of the massively popular PlayStation 2 game Shining Wind in an all-new version: XECTY E.V.E. One of Baelgard’s four guardians, Xecty is an artificial life form created by Hiruda from Celestia’s genetic material. The new E.V.E. version recreates the character’s origin as an ancient biological body weapon.

Representing the ornate clothing of a bygone era, Xecty’s outfit is an amazing example of Kotobukiya’s excellent sculpting and attention to detail in an alternate version of her military uniform. The long bright red jacket features intricate hems, folds, and stitching, while layers and straps add white and black to the mix. On Xecty’s sleeves are complicated laces and bright white symbols adorn her jacket at the shoulder and base.
The humanoid weapon has a serene facial expression under distinctive ears and forehead horn. Xecty comes armed with a large scythe and stands upon an exclusive base. Sculpted by Hirotoshi Nakamura, Xecty is almost 8 inches tall (in 1/8th scale with the other Shining Wind Ani*Statues).”

This is a really fantastic figure.

The package is small, but efficient. The die-cut window box provides a full view of the figure inside. The cut out crosses on the sides are a nice touch. 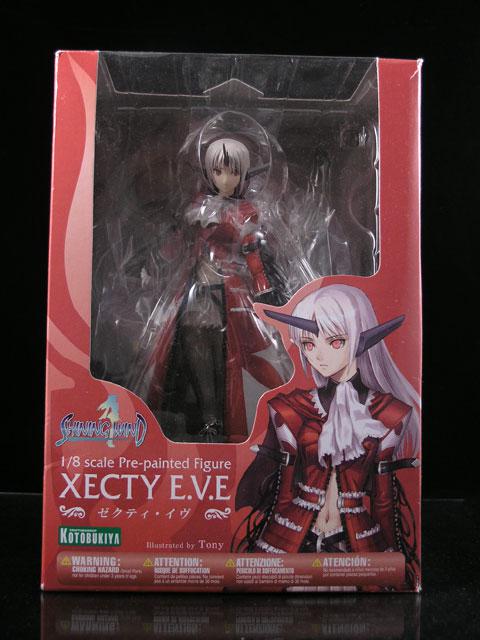 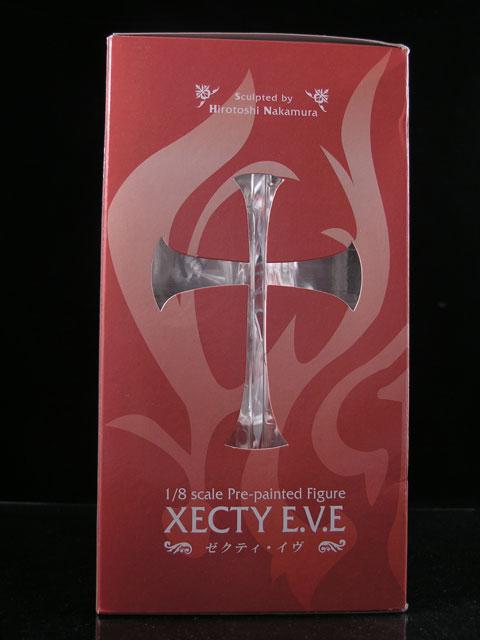 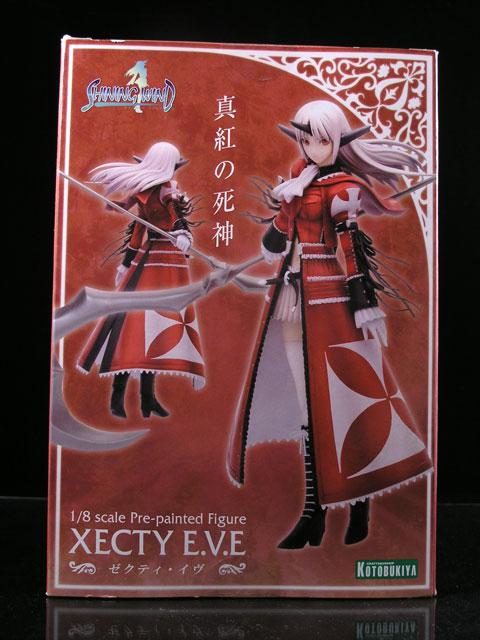 Inside is the usual clamshell with plastic sheeting.

The figure is nice, but demure at first… The blank expression really gives the impression that this is a weapon, not a person. The head has a huge horn sticking out from the front that gives it a killer look. 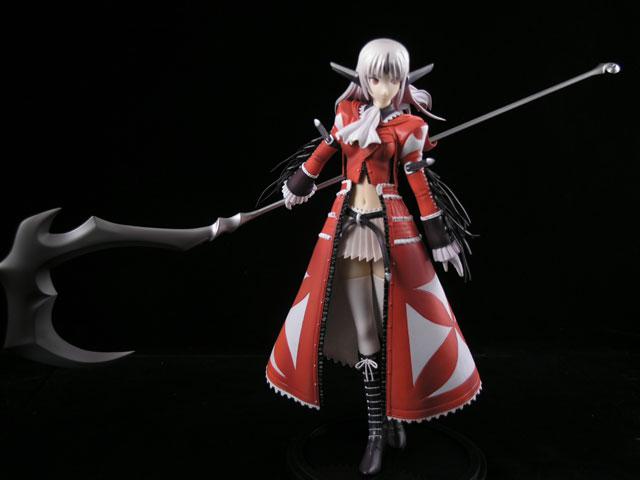 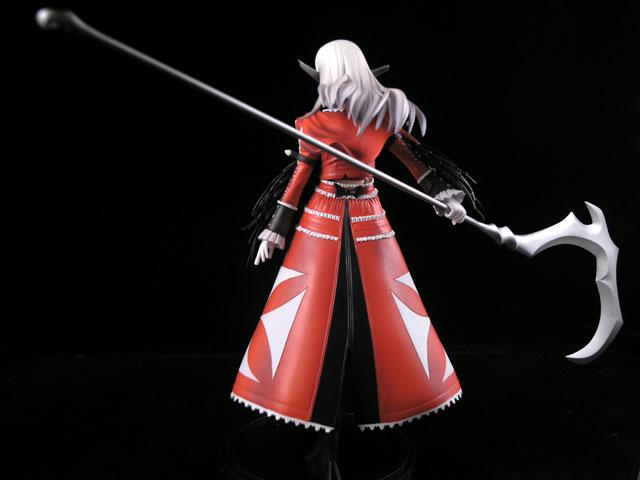 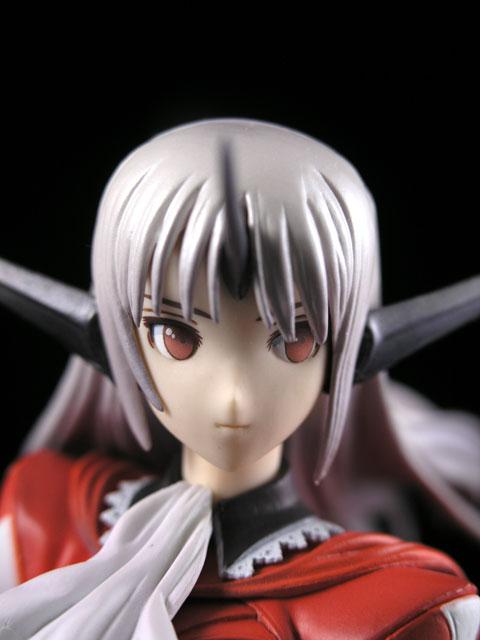 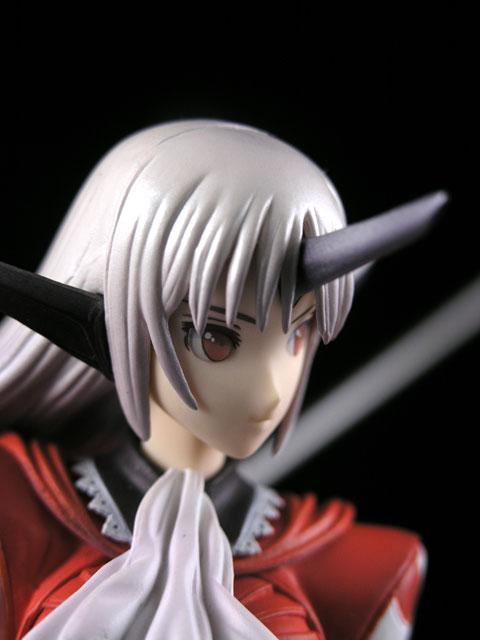 The clothing is Victorian in style, ornate but not overbearing. Small details in the fabric are a nice touch, right down to the tassels on the arms. 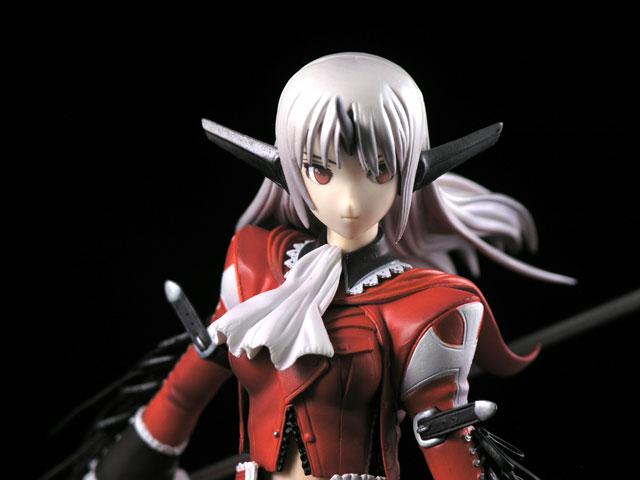 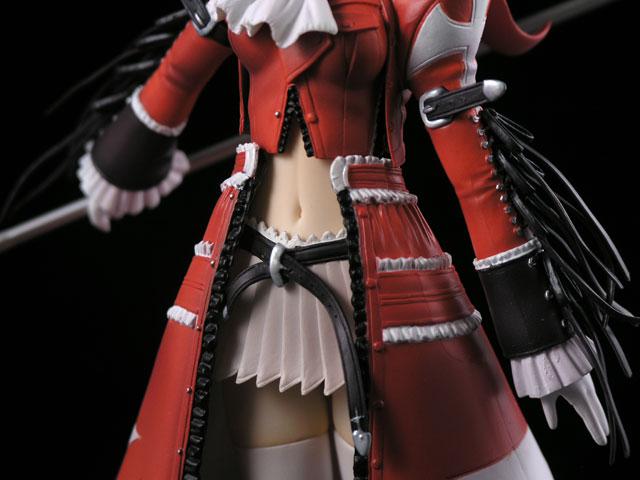 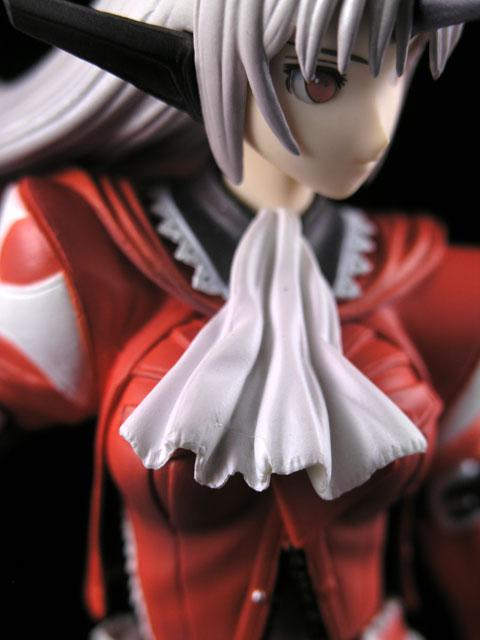 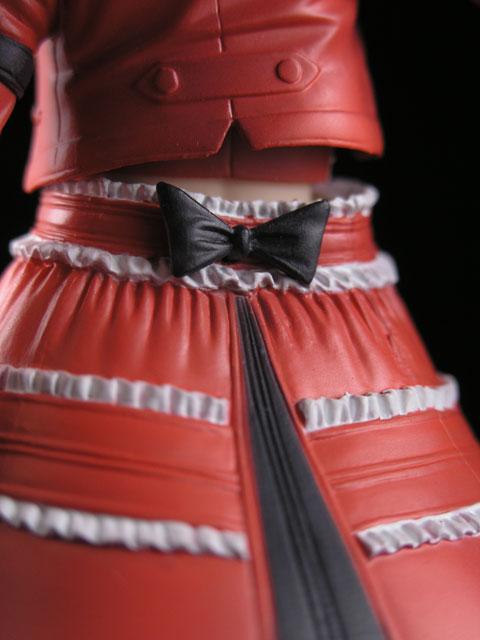 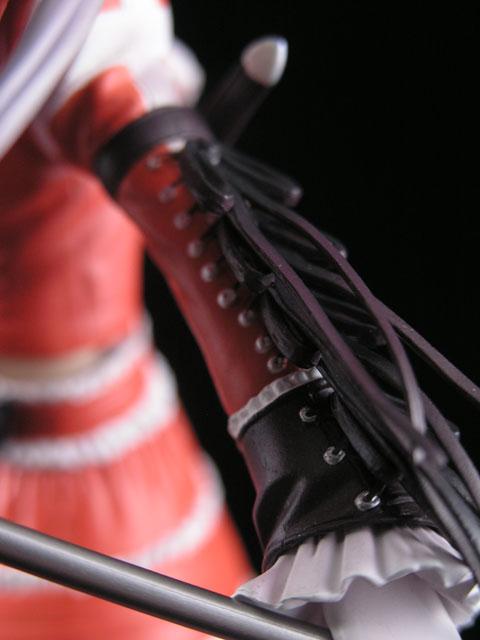 The boots have nice detailing in the laces. The base is permanently attached to the figure. 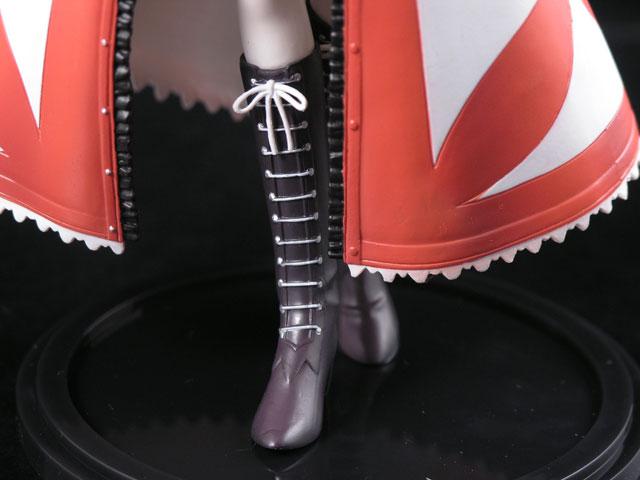 The large scythe is a great accessory, and really gives an otherwise small figure great presence. The scythe is in two parts, and can slide into the figure’s hand.

The figure has an unadvertised cast-off feature. The skirt is actually removable in two parts. The first part is the long outer skirt which can be removed by separating the figure at the waist and lifting up. This leaves a short skirt look which is much more suited to fighting with a giant scythe. 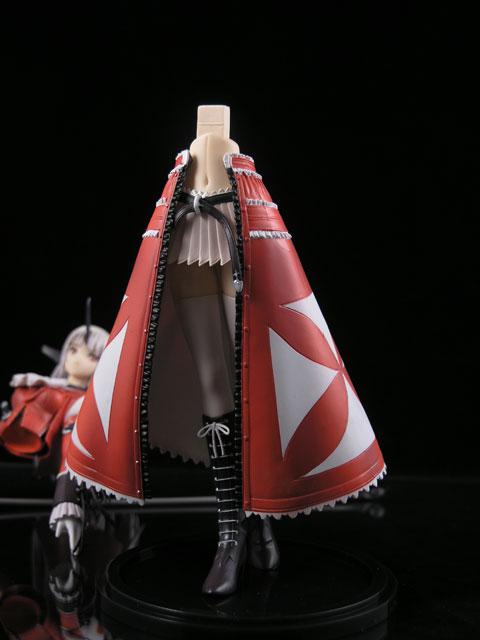 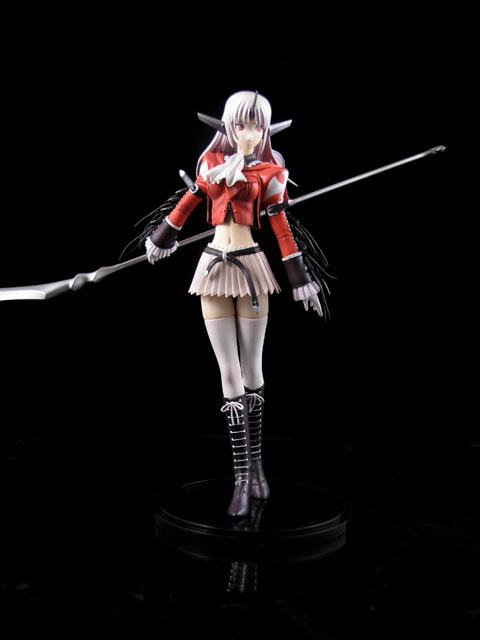 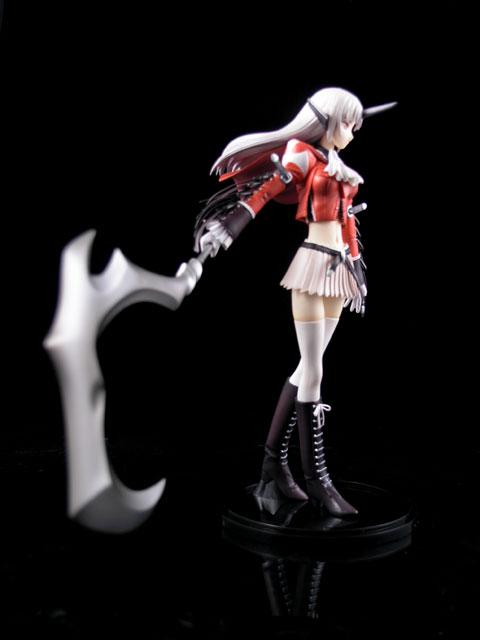 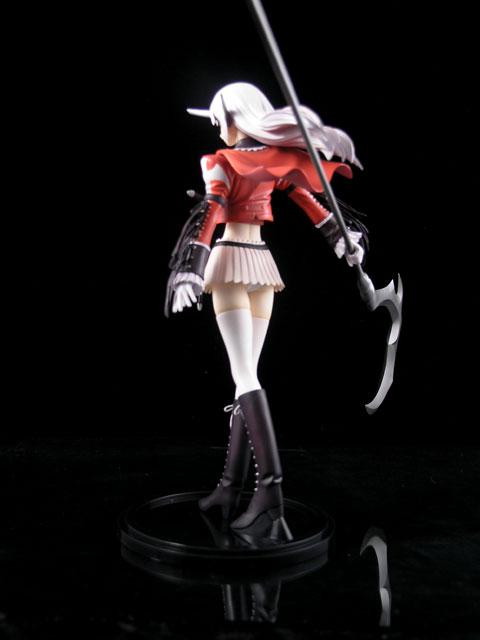 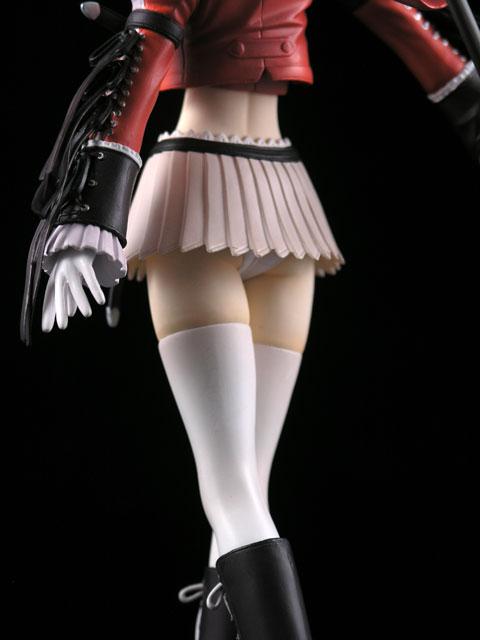 You can take it one step further though and remove the mini skirt so she is fighting in her underwear only. While being skirtless may be advantageous for maneuverability (and stunning the enemy), it doesn’t do much for protection. Then again, she is a killing machine. 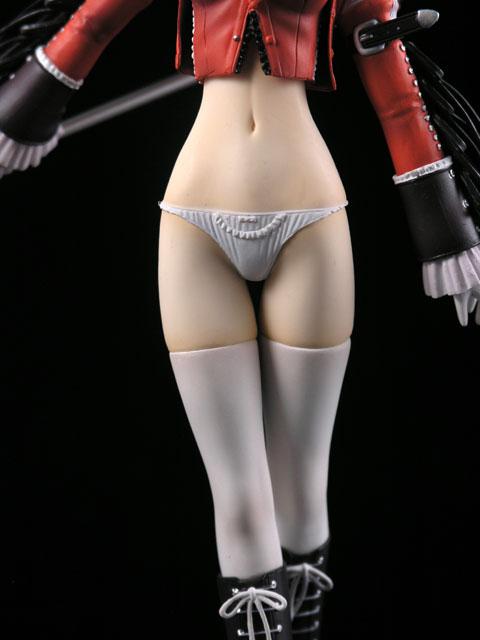 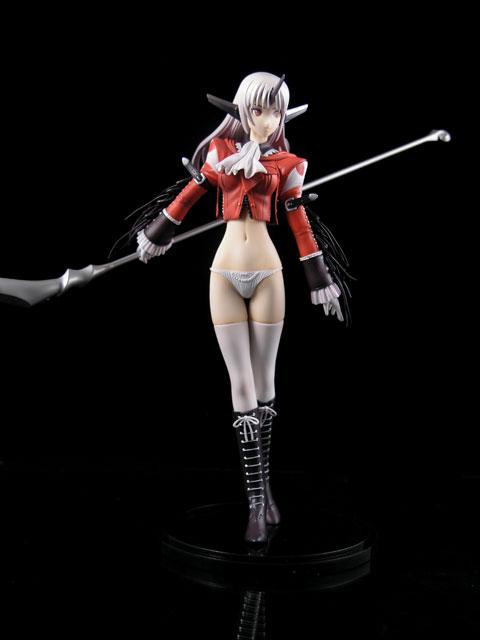 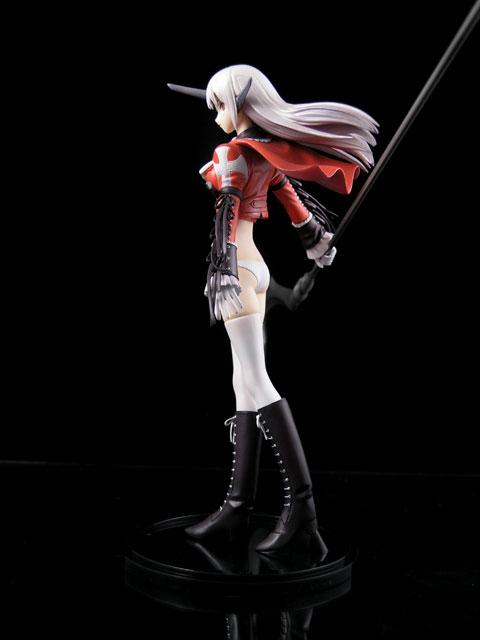 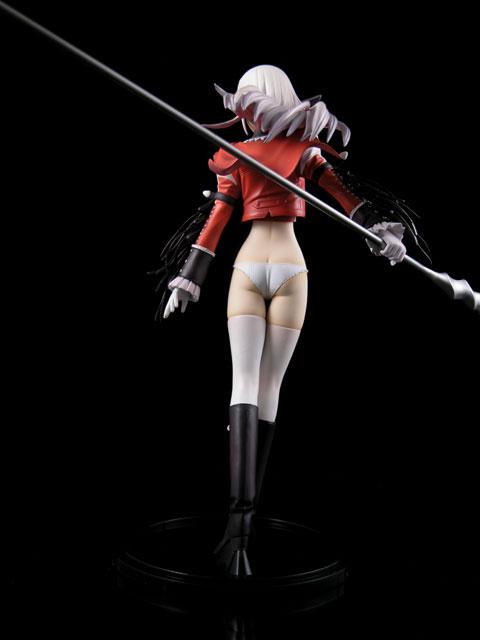 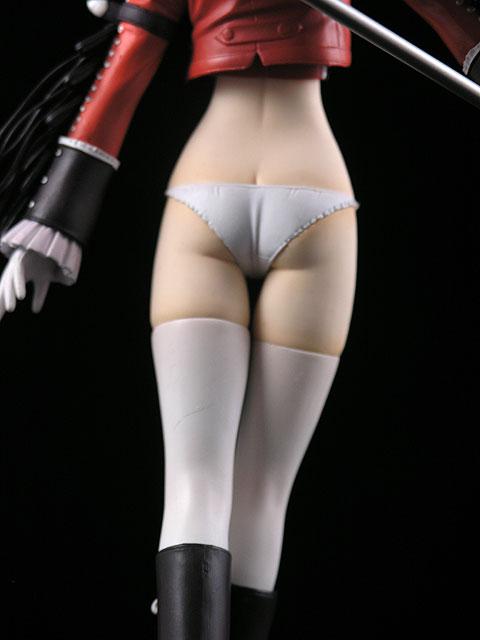 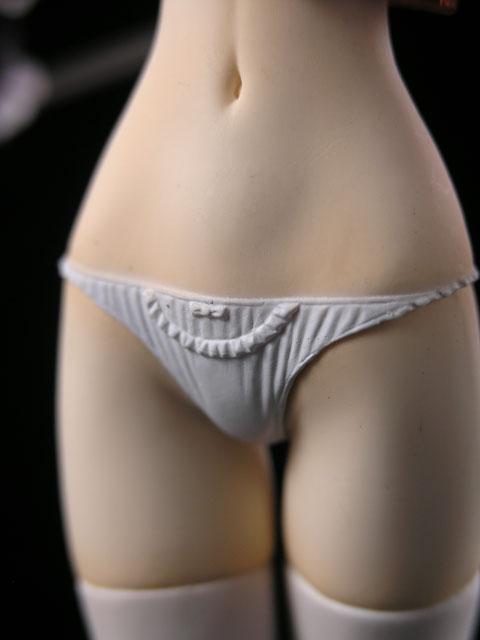 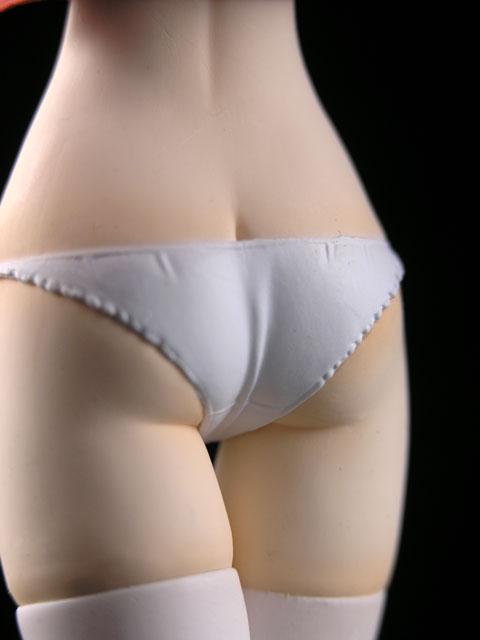 A highly recommended figure from Kotobukiya. 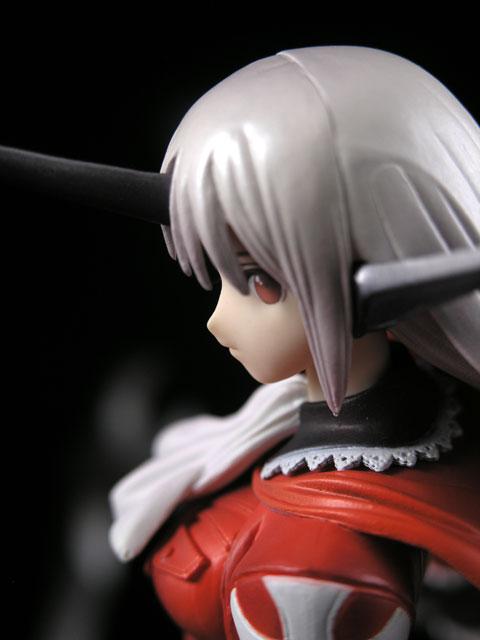