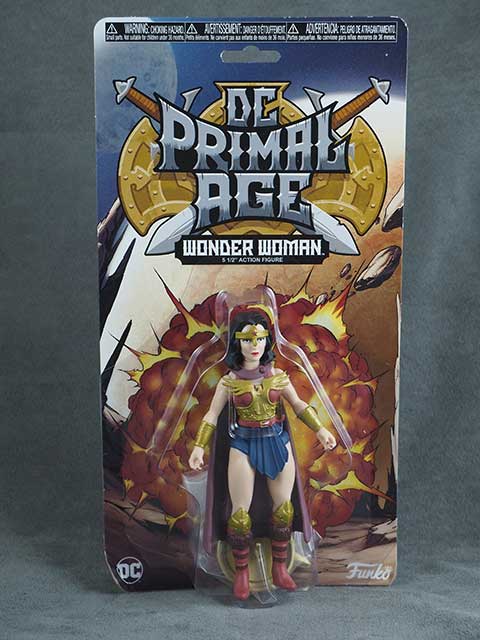 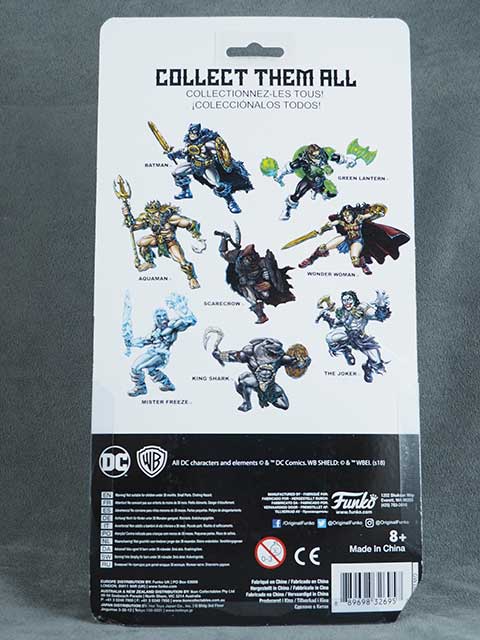 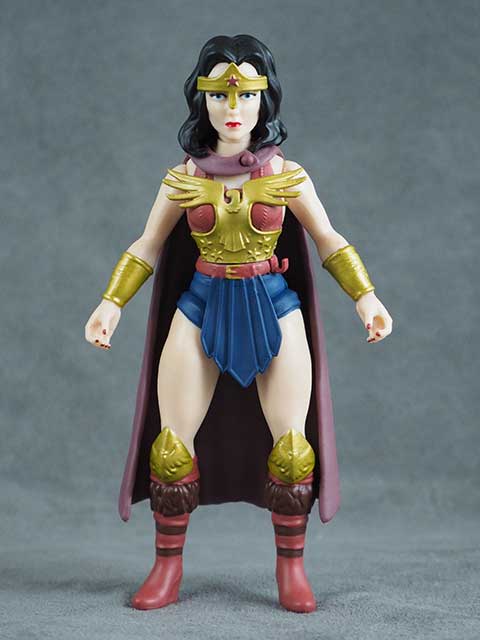 Wonder Woman is the only female figure in the line so far. I'm hoping Harley Quinn is in the next series, if there is one. She's a wonderful figure (no pun intended) but the styling is a bit out of place. She could easily be just a classic rendition of the character, nothing "savage" or "primal" about this one. That aisde, she is really great looking, although a bit tough to stand. 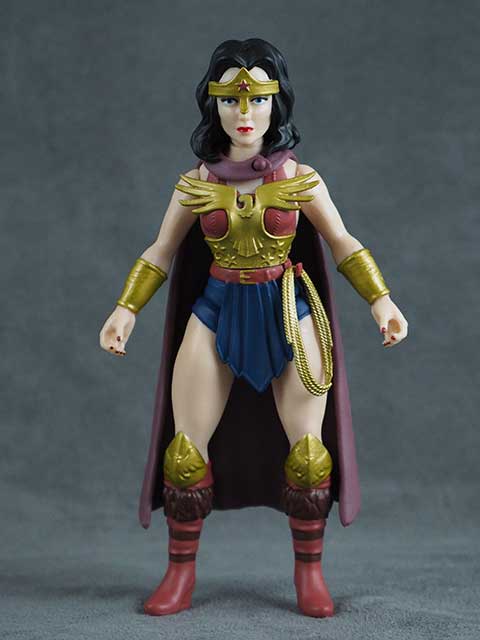 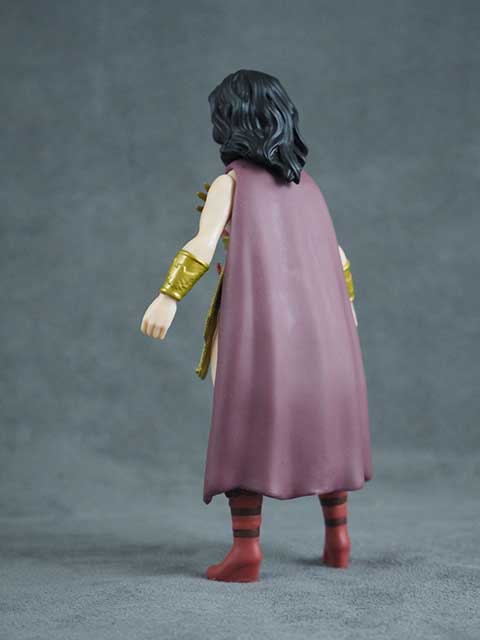 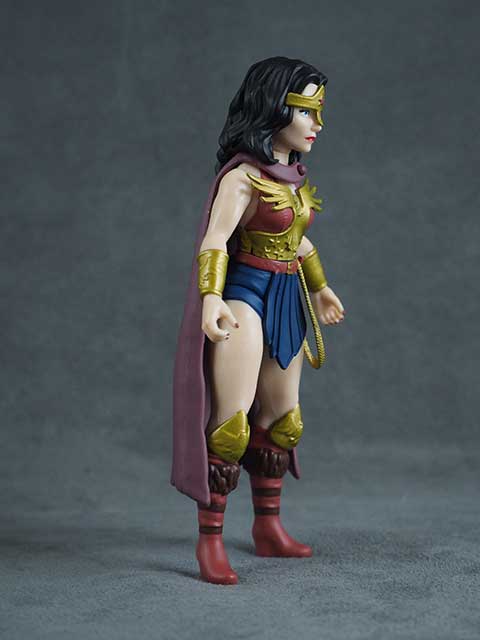 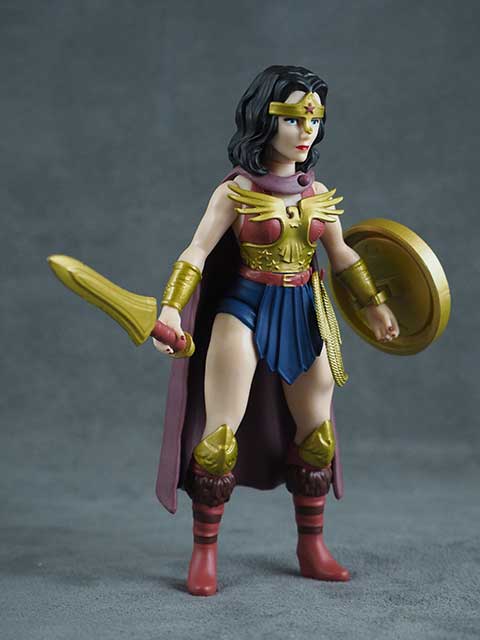 Wonder Woman has three accessories - A sword, shield, and the Lasso of Truth. The Lasso hangs off of a hook on the belt. 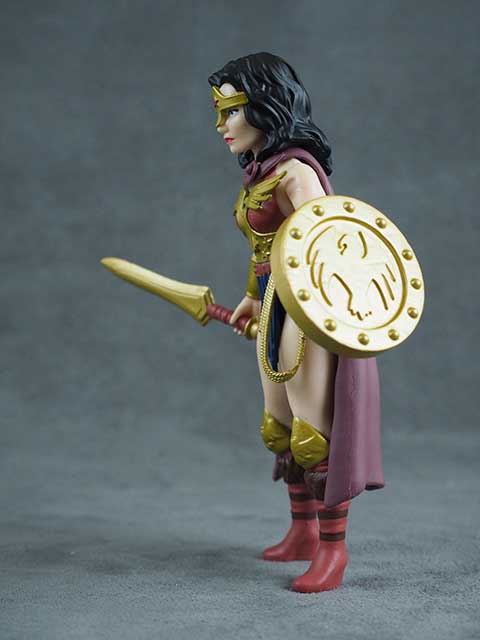 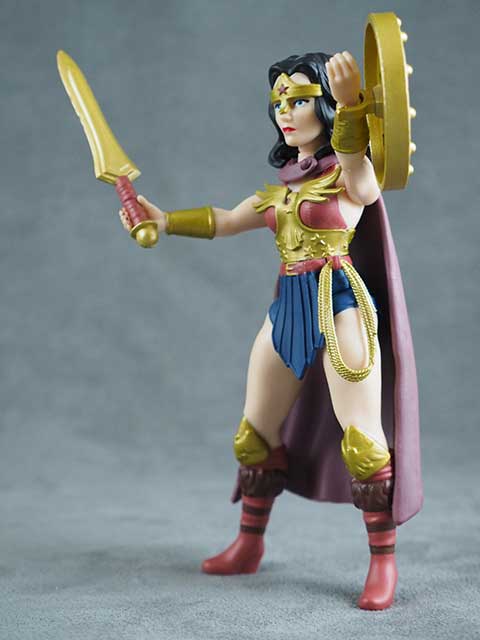 Articulation is limited like the rest in the line, but the figure is beautiful. We just need a counterpart on the bad guys' side.