Wolverine is the first release in the X-men Legends wave. He comes packaged in the standard Legends Window box. Included with the figure are two clawless fists and a Juggernaut build a figure part. 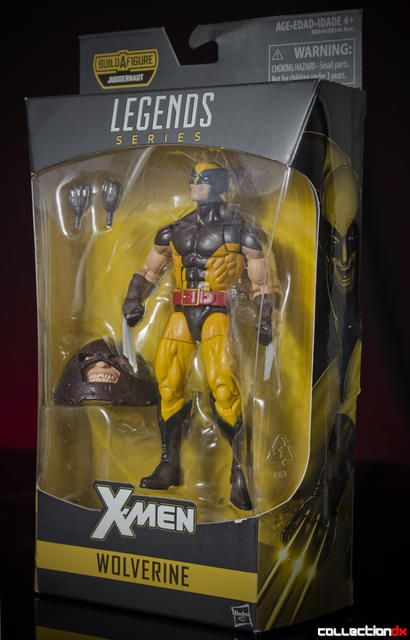 Wolverine stands just barely over 5 1/2 inches tall, short for a Legends figure which is prefect for his character. 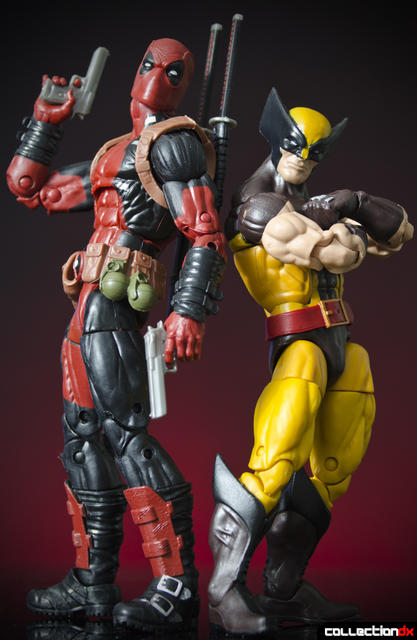 Paint applications are, for the most part, nice and sharp. There are a few areas where the paint looks a little thin, (mainly on the lower arms) but it needs to be looked at very closely to see. 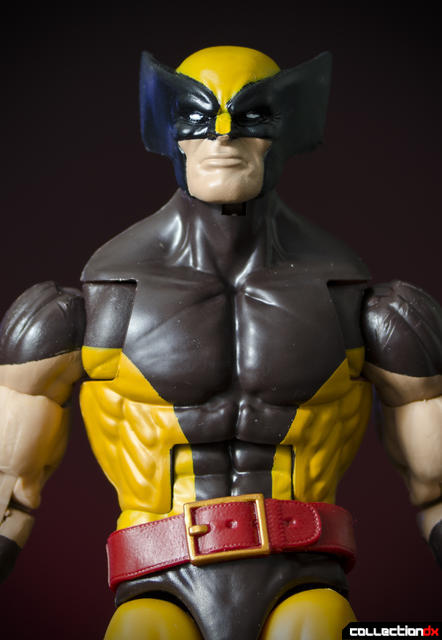 Articulation is above average. The legs, hips, and ankles all have an excellent range of motion and allow Wolverine to pull off some very nice crouching poses. 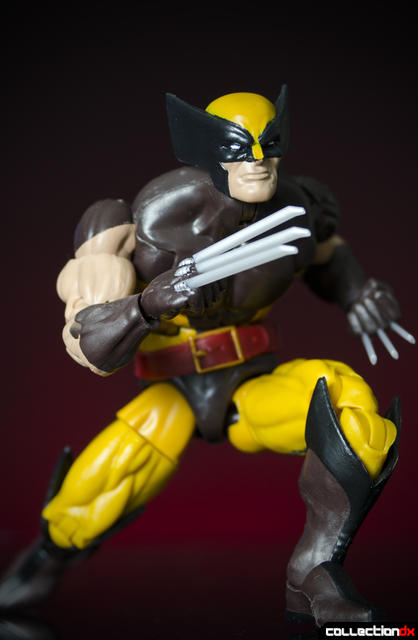 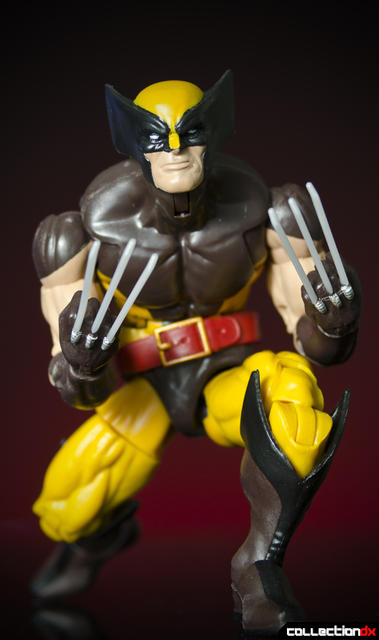 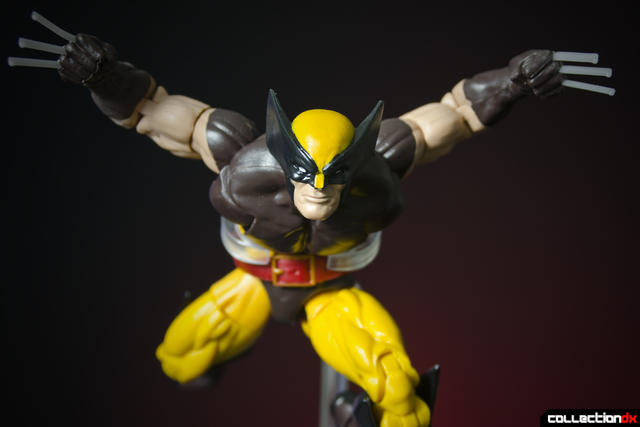 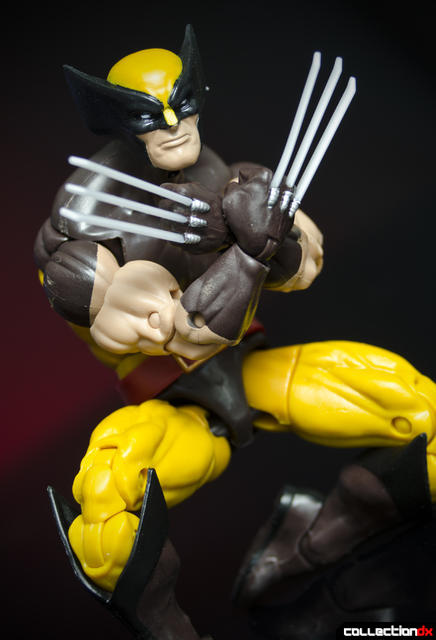 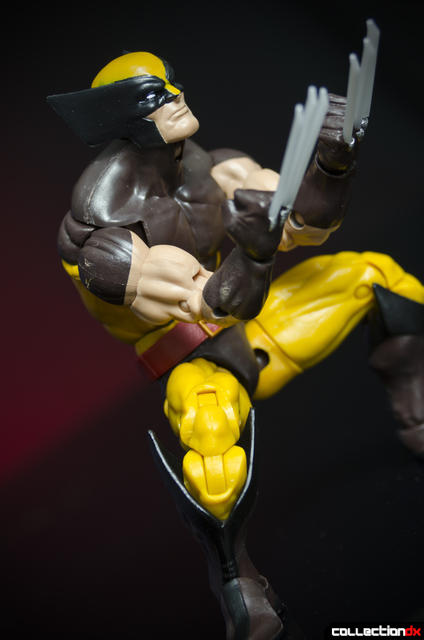 His shoulders are on a very nice butterfly joint that allows for a very wide range of motion in the arms. 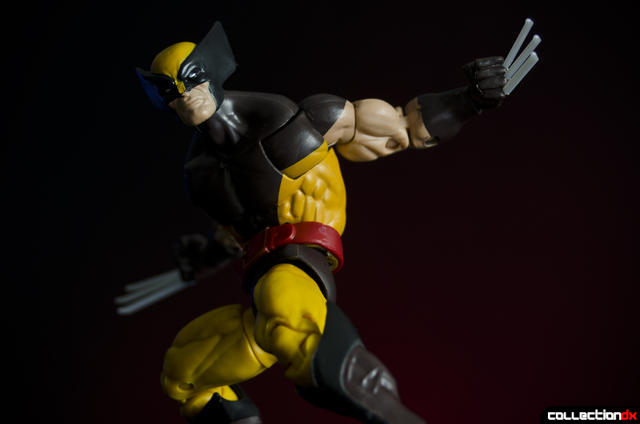 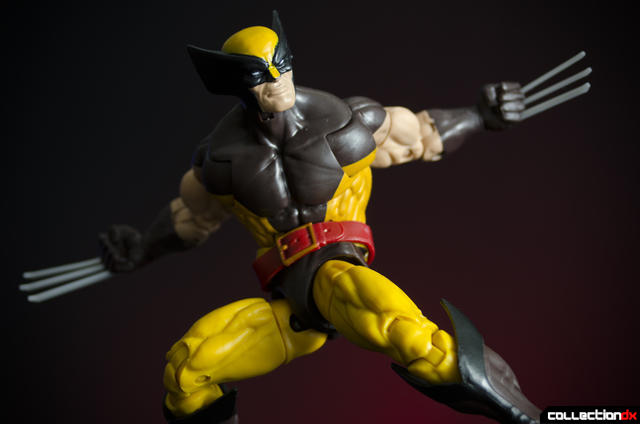 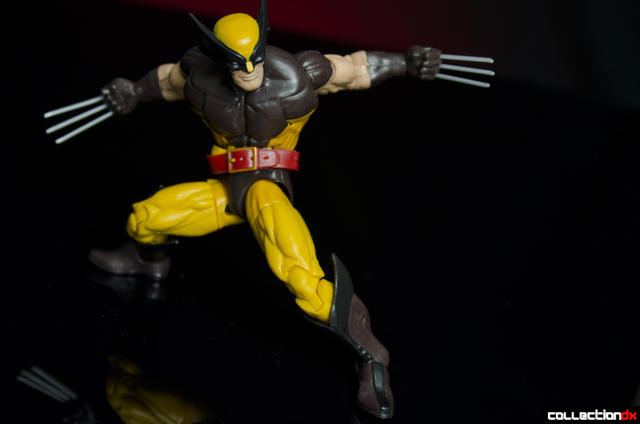 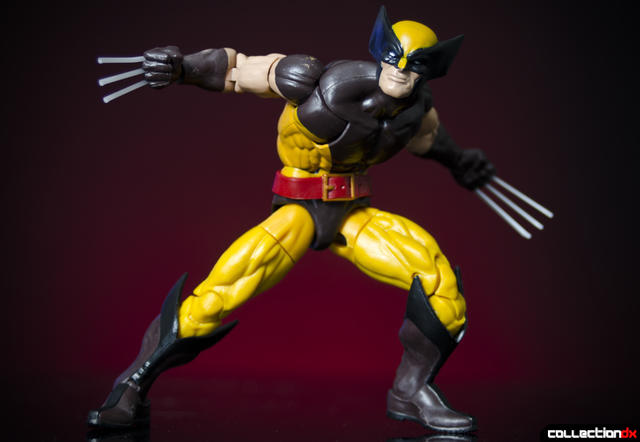 I only have two real gripes with Wolverine. The first being the same that I have with nearly ALL legends which is his lack of accessories. An unmasked, or snarling face would have gone a long way. At the very least, the build a figure head can be put to comedic use. 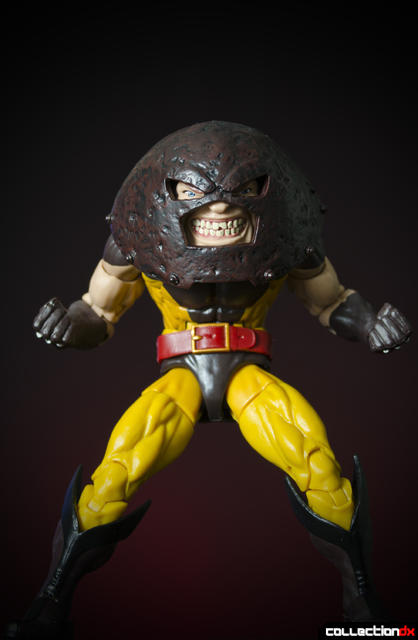 My second gripe is that is arms are sculpted in such a way that the elbow can not be completely straightened. 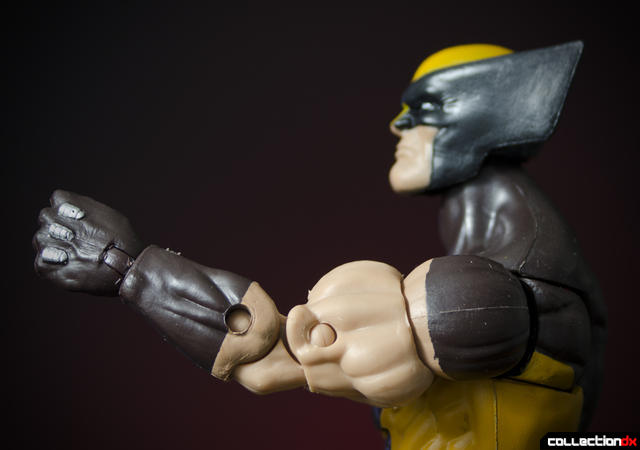 Additionally, I had to heat up the claws in some hot water and straighten them out when I first got him, but haven't had any issues with them since then. 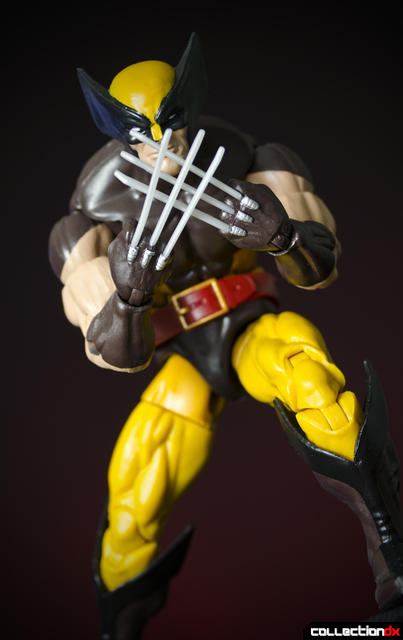 Between the nice paint applications, excellent articulation and accurate scale, this version of Wolverine is not only a huge improvement over the last Wolverine, but an excellent figure in it's own right. 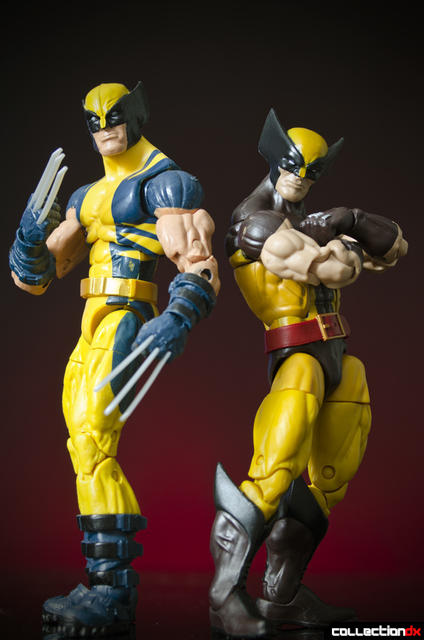