This is Windcharger, from the Transformers Alternators line. It's a Honda S2000; a cherry red convertible. Like all the alternators, Windcharger features realistic detailing such as rubber tires, detailed interior and tandem steering. Windcharger's removable top can be used as a shield in robot mode. 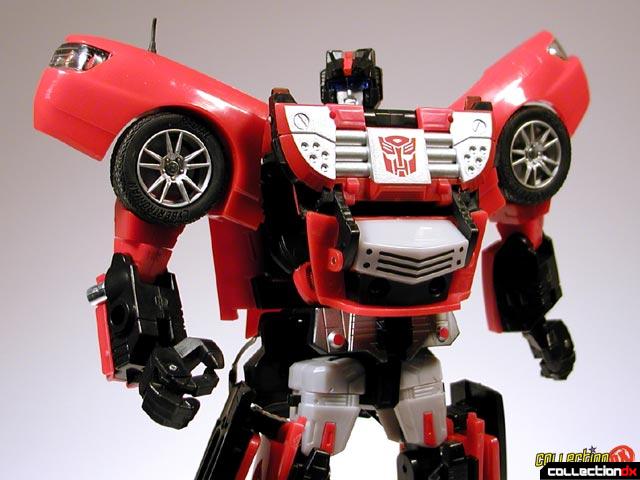 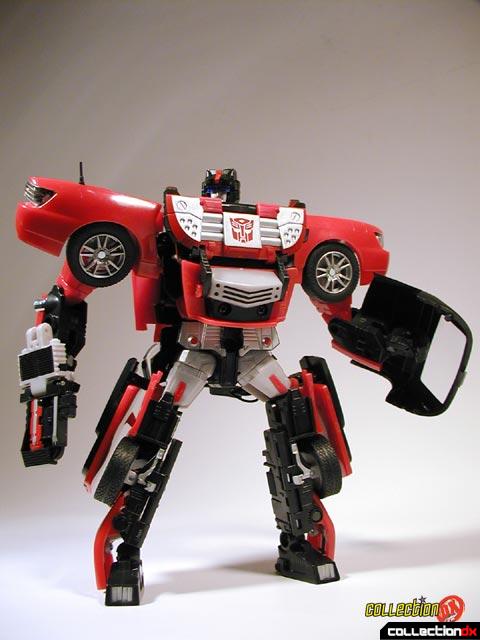 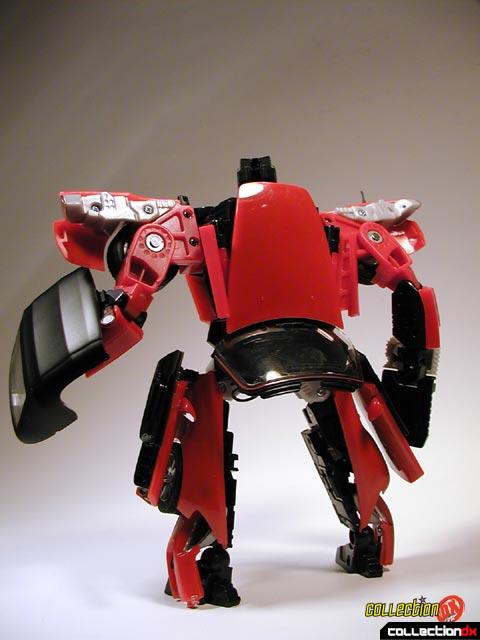 Transformation is difficult at first. I definitely had to refer to the instructions. Once I did it a few times, it became intuitive. Robot mode is fairly articulated, and Windcharger has a sleek, lean look. The engine becomes a gun, but it is clearly missing something. Early pre-production models showed a drive shaft that became the barrel of then gun, but it is missing from the final version. Perhaps it was dropped due to safety concerns? 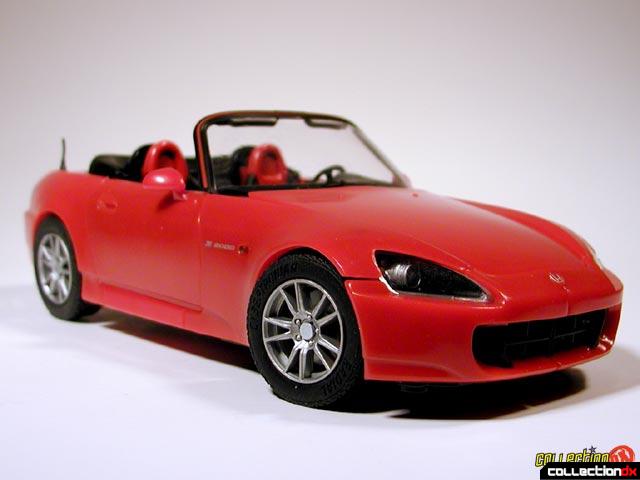 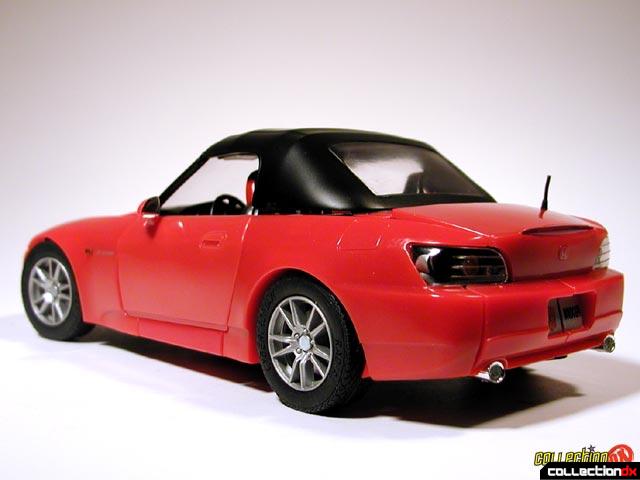 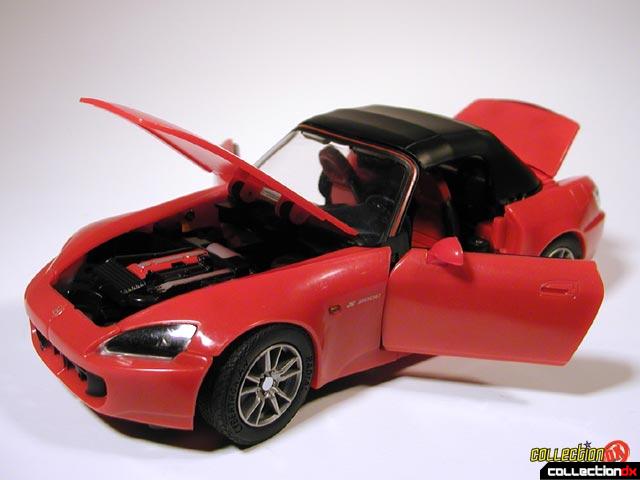 Windcharger is the first Alternator to use the S2000 body, but an additional toy using the same mold has already been announced as Decepticharge.