Water Tribe Sokka is another figure from Nicks’ popular Avatar the Last Airbender show. Sokka is a brave warrior from the Water Tribe. Left in charge to defend the village while his father is off at war, Sokka becomes his home’s sole defense against the Fire Nation. 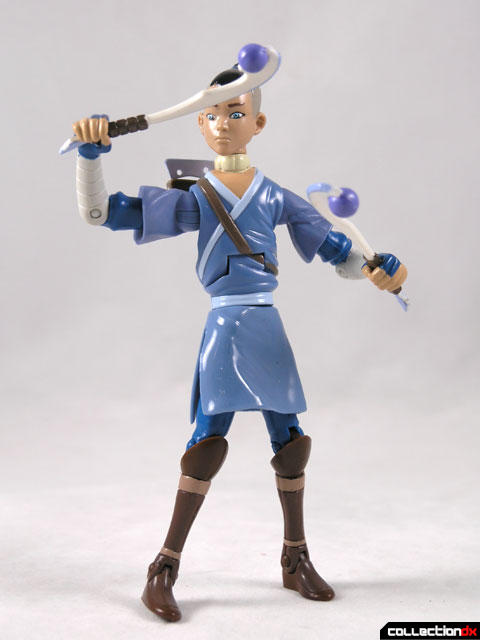 When Sokka and his sister Kaitara discover the Avatar, Aang, encased in a block of ice, their lives change forever.

Together – Sokka, Katara and Aang set out on a mission to defeat the Fire Nation. 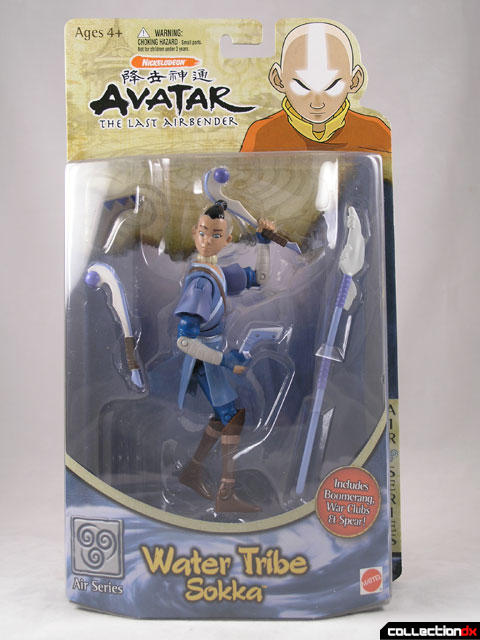 The Water Tribe Sokka figure is just as excellent as the other Avatar figures. It features a wide range of articulation and has the cool rubber clothing 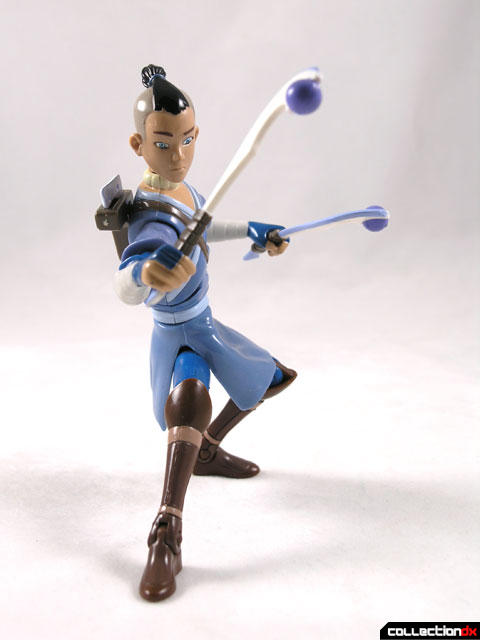 Sokka comes with a few accessories. Most notable is his boomerang and holster. The boomerang fits into the holster which attaches to Sokka’s back. Unfortunately, the holster does not like to stay attached to the back of the figure. Also included is 2 war clubs and a spear. 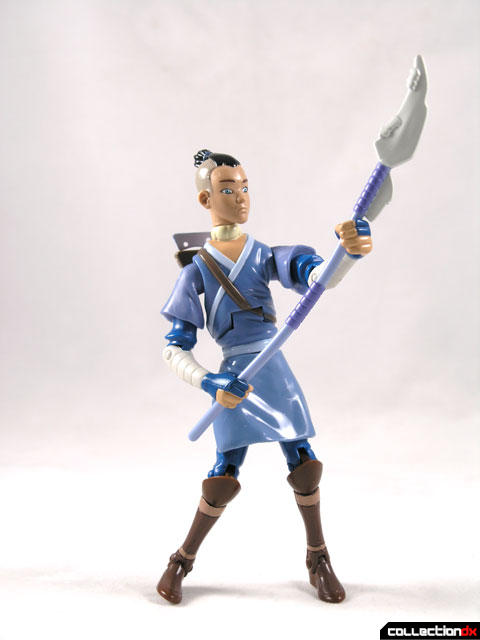 The sculpt looks somewhat like Sokka, but not exactly. Fisher-Price tends to sculpt these characters with a negative or neutral look – a stark contrast to the tone of the show. If anything, Sokka is goofy, lighthearted and affable. 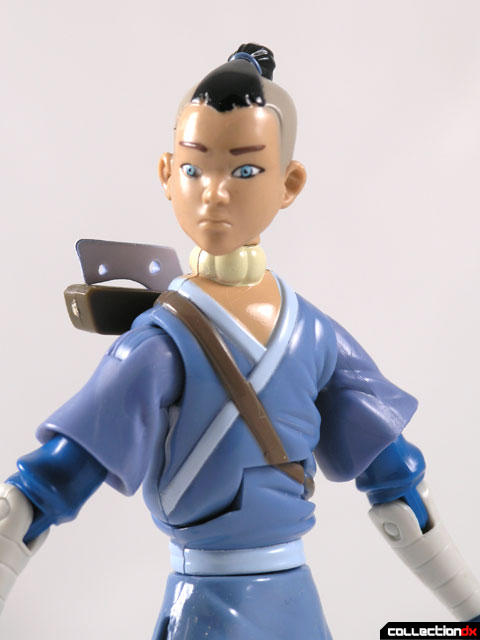 This figure comes from the first series of action figures – the Air Series. The second series has been released and we have seen NINE Aang figures, TWO Zuko figures and TWO Sokka figures. We have heard that there will be a Katara figure in series 3 (fire), but I’ll believe it when I see it.