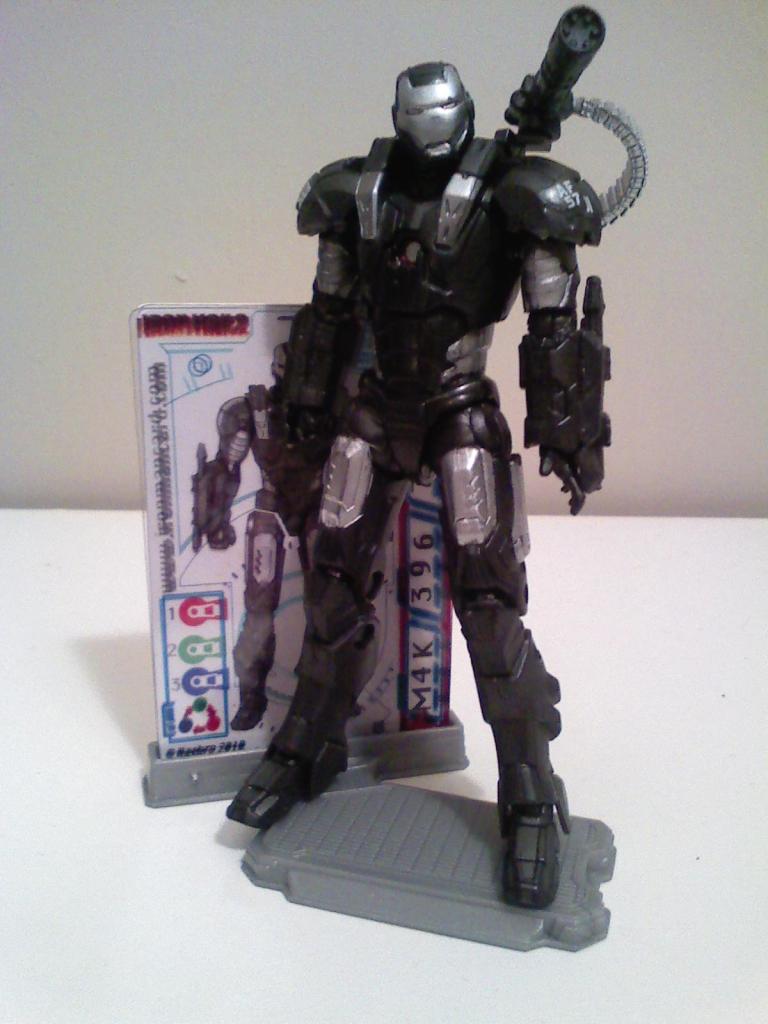 Back when the first Iron Man movie came out, one of the first questions I asked was "Where's War Machine?" As an iconic character that I love (And I'm sure I'm not the only one!), I eagerly awaited for that familiar black and silver armor to get the movie treatment, and when the trailers for the Iron Man 2 first showed up and we got our first glimpse at War Machine, I was more than happy with his appearance. 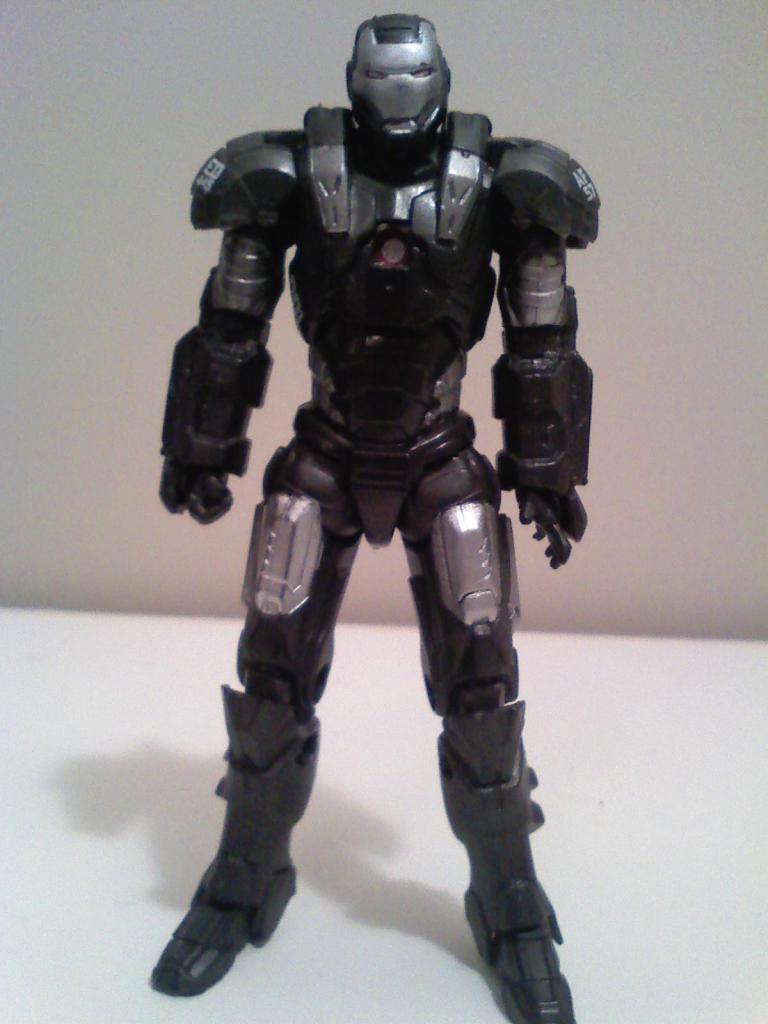 The movie version of War Machine is very different in style compared to the comic version. The details of muscles that once lined the forearms, legs, and chest are all gone now in favor for a much sleeker mechanical body. However, even though the figure is much more slender, it still retains a bulky feel through the armored chest and shoulders. 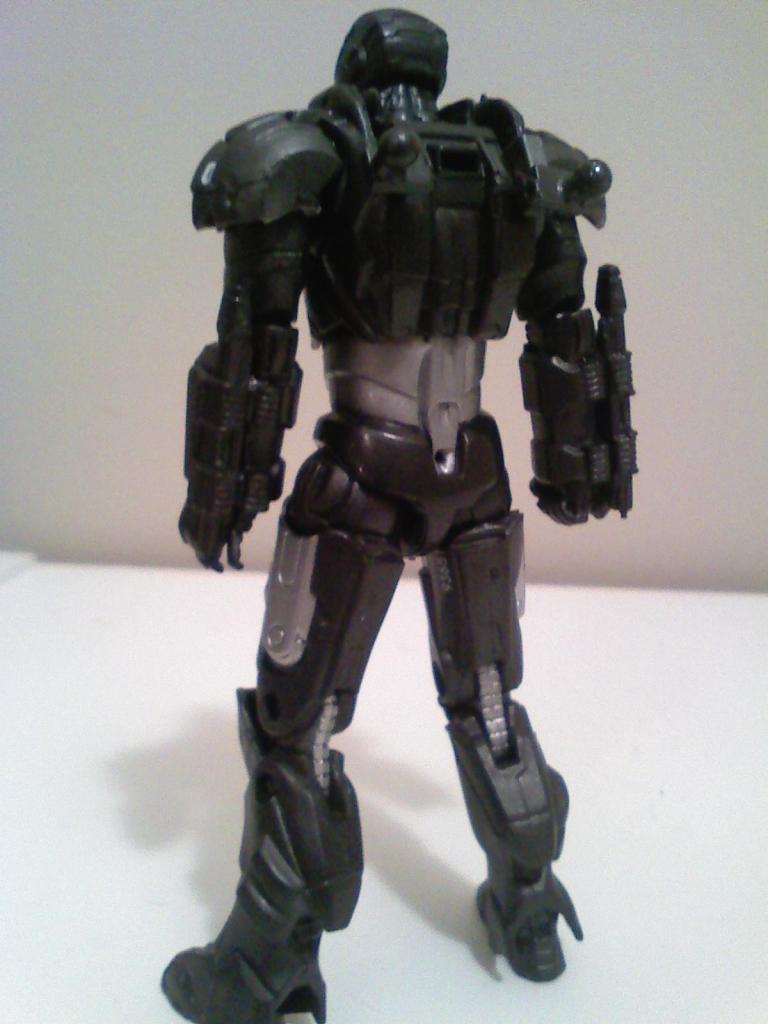 While the comic version of War Machine had a weathered appearance, the movie version has a nice matte finish with some silver paint to accent it. This figure looks like it had just hopped right out of the factory. 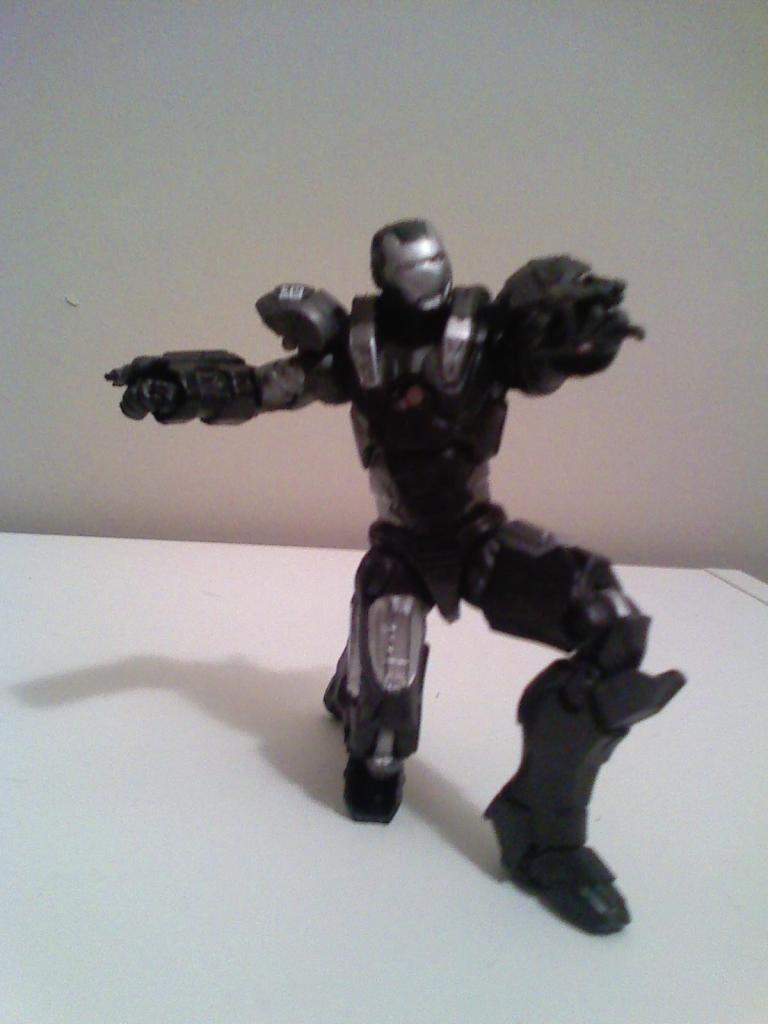 The articulation is the same as the other Iron Man 2 toys. The arms can rotate and go in and out, elbows, wrist swivel, ball jointed legs, double jointed knees, a ball jointed torso, a ball jointed head. Movie War Machine has a much better range of motion than the Comic War Machine. The legs are not hindered by layers of muscle, and the slender styling of the mechanical design allows him to stand in a much wider variety of poses. Much like Comic War Machine, this figure has shoulder pads that are on addition hinges. However, these pads work much better. As they are not as angular at the comic version, they are able to fit with the arm much better as it rotates up along the arm. 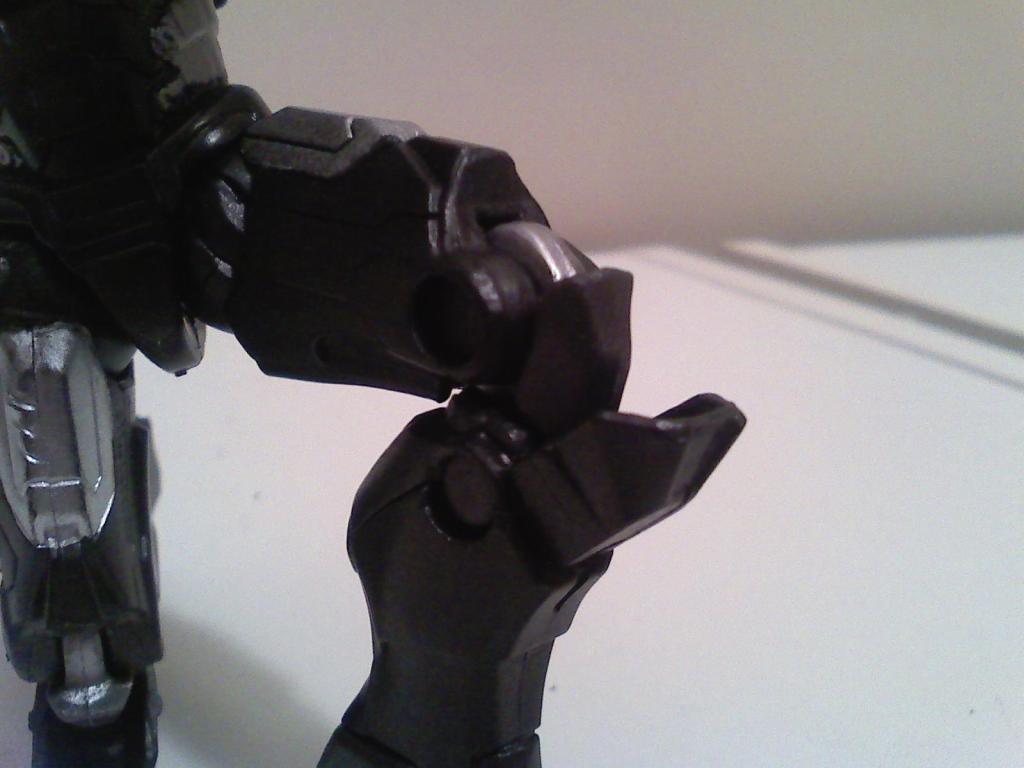 One of my favorite things about this figure is the knees. When you bend the knees, the knee pad armor moves and another silver panel is exposed underneath. It's a small, but very thoughtful detail that really makes me enjoy this figure even more. 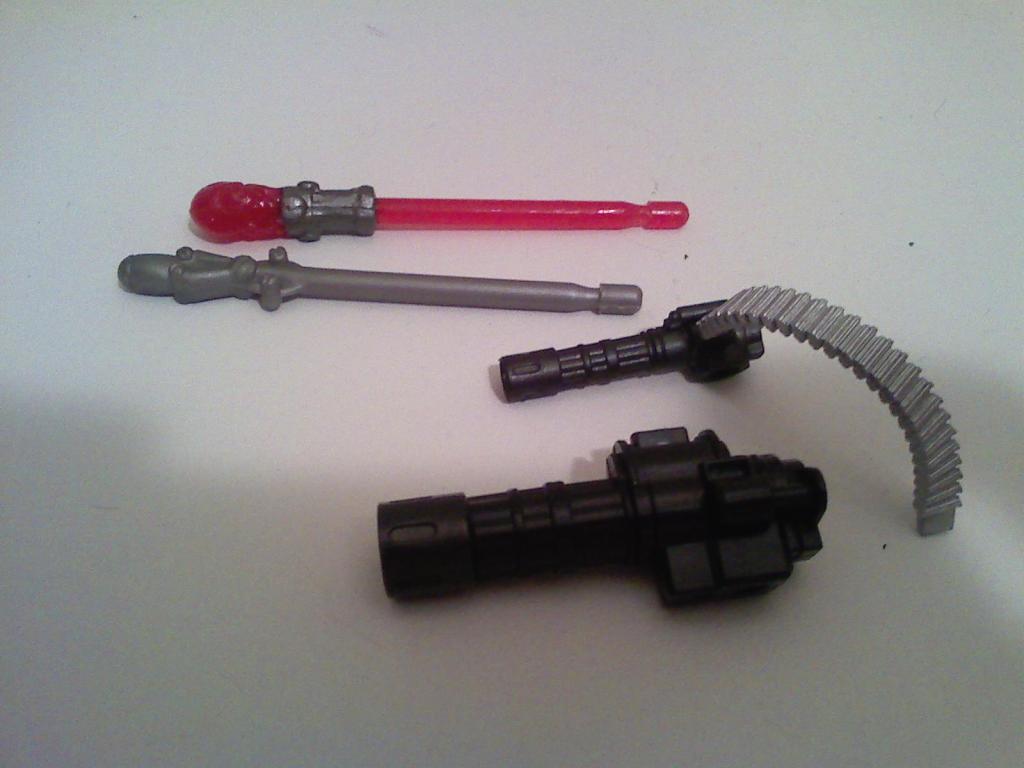 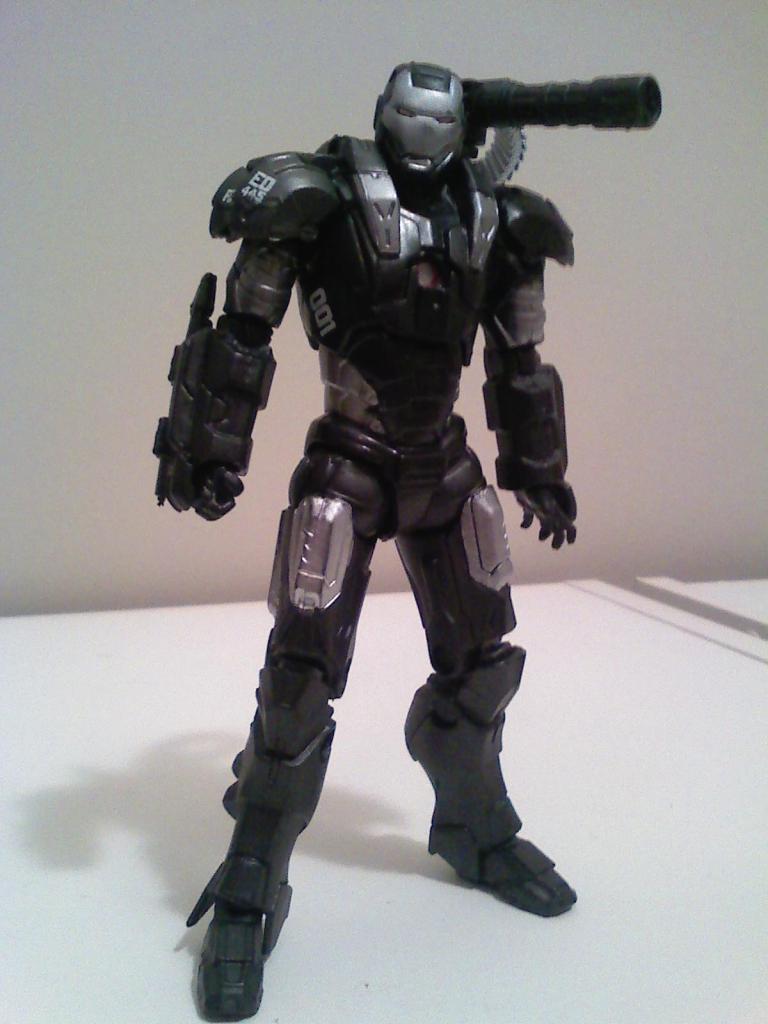 These weapons work just like the Comic War Machine's weapons. They plug into ball joints that are located on War Machine's back. They can then swivel up and along his back to line up along his shoulder. 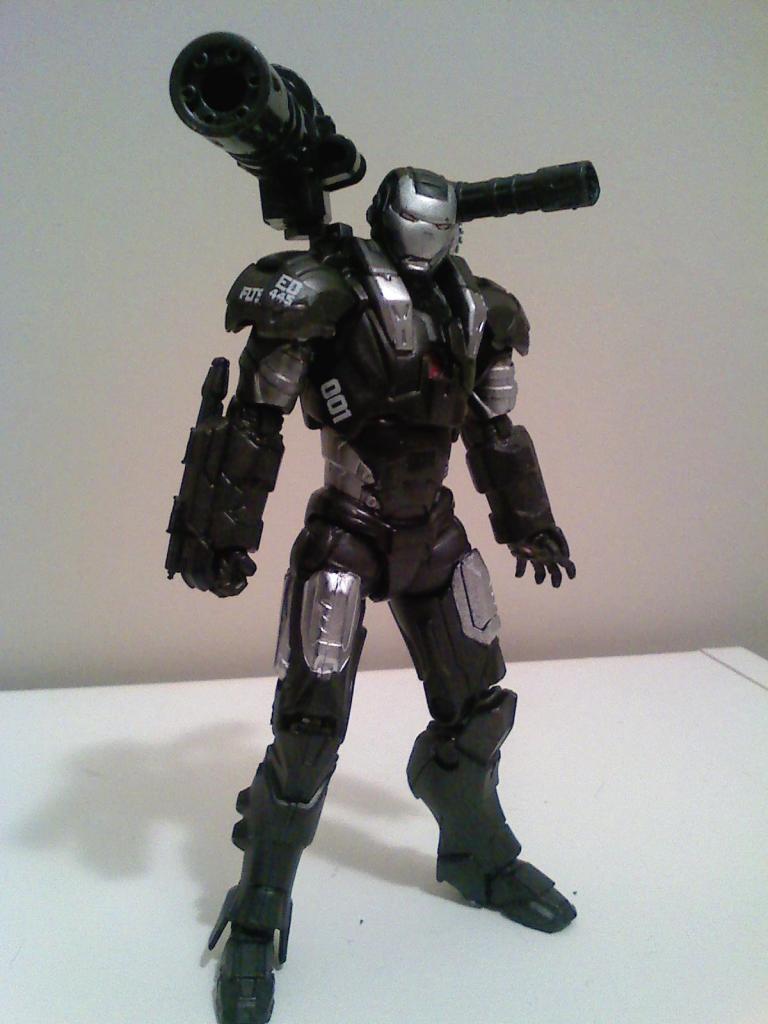 Having a single Gatling gun on War Machine's shoulders really adds to making this figure have more character. However if you put both on, it looks a little... Silly. 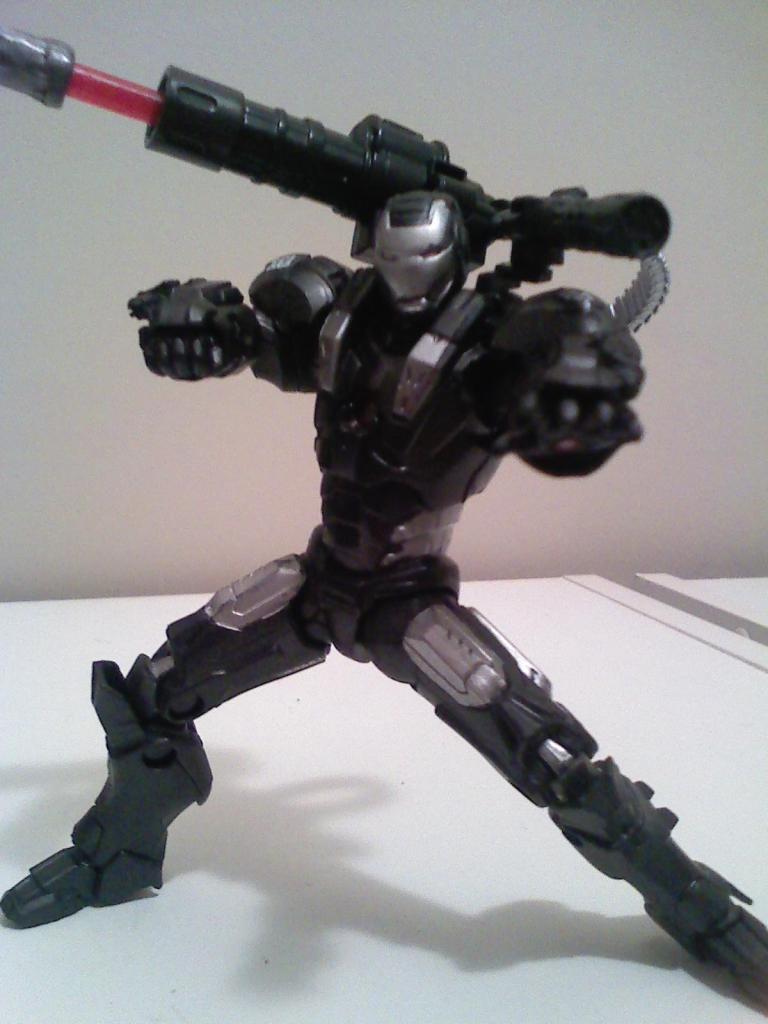 The larger gun is actually a missile launcher. The missile fires well enough, but it just seems like something that was tossed in to give it more value. It works well enough, but I personally just leave it off. 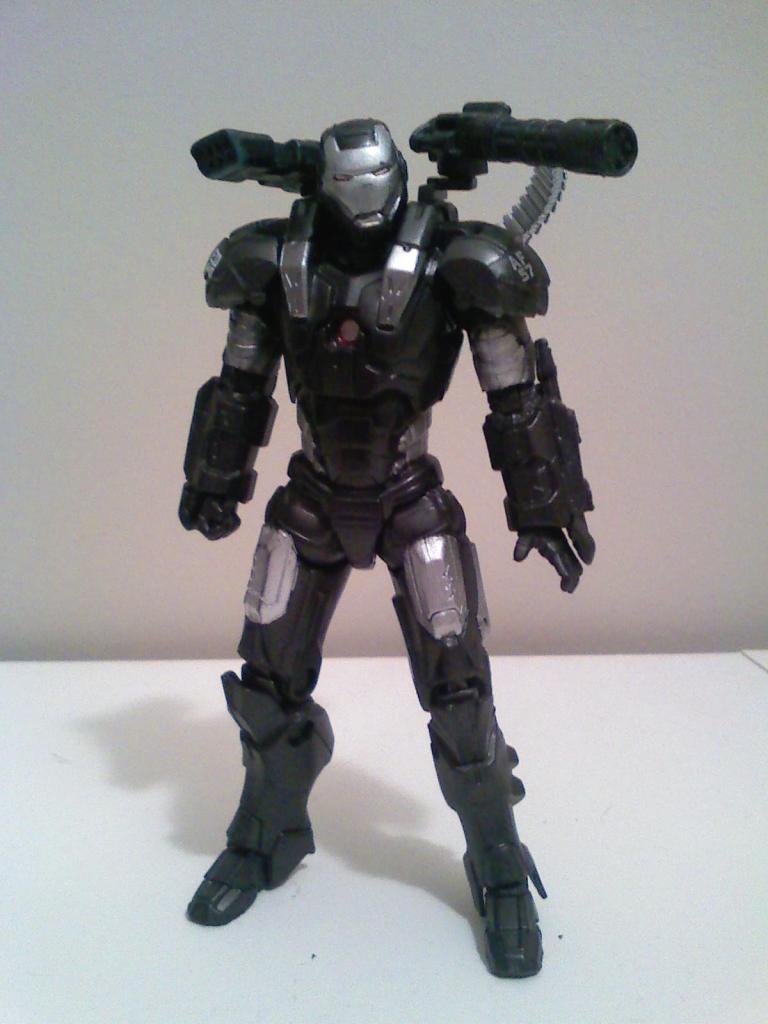 However this may leave one of your shoulders a little bare. Thankfully, the ball joints on the movie version are the same as the comic version. So you can take the missile launcher from there and place it on the other shoulder for an added effect. The special effect parts also fit over very nicely on this version of the Gatling gun as well. 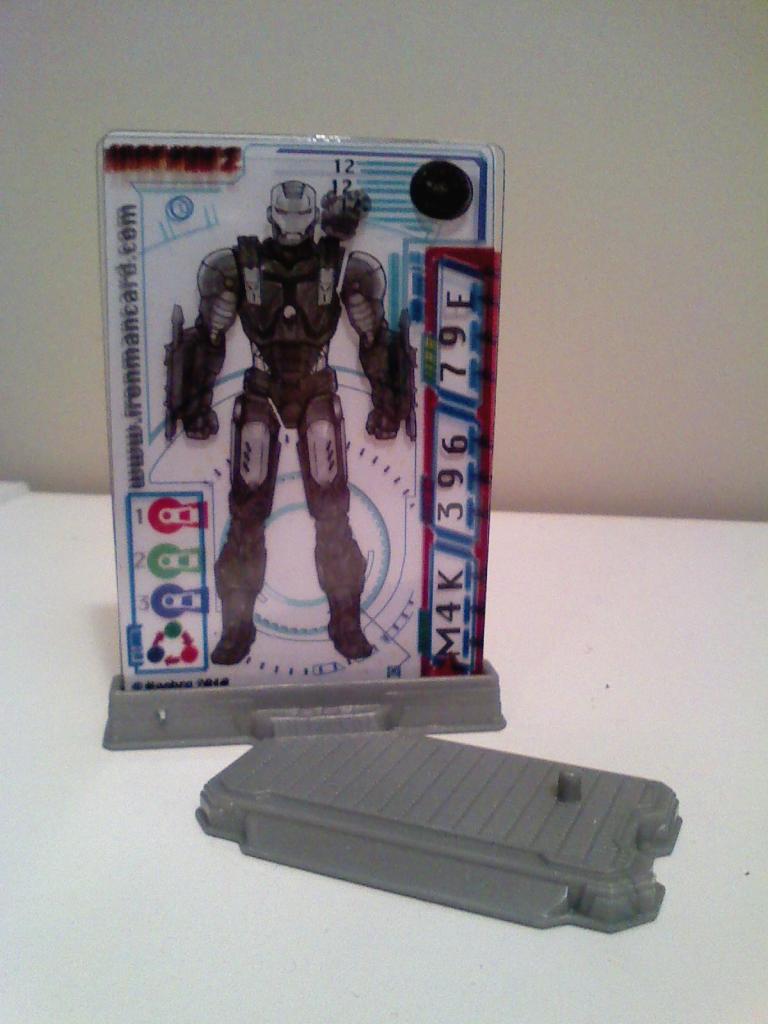 Like all of the other Iron Man 2 toys, War Machine comes with a stand and a set of cards. It should be noted that even two months after the movie as come out, the website on the card still does not work. A shame, but oh well. It still looks like a neat schematic. 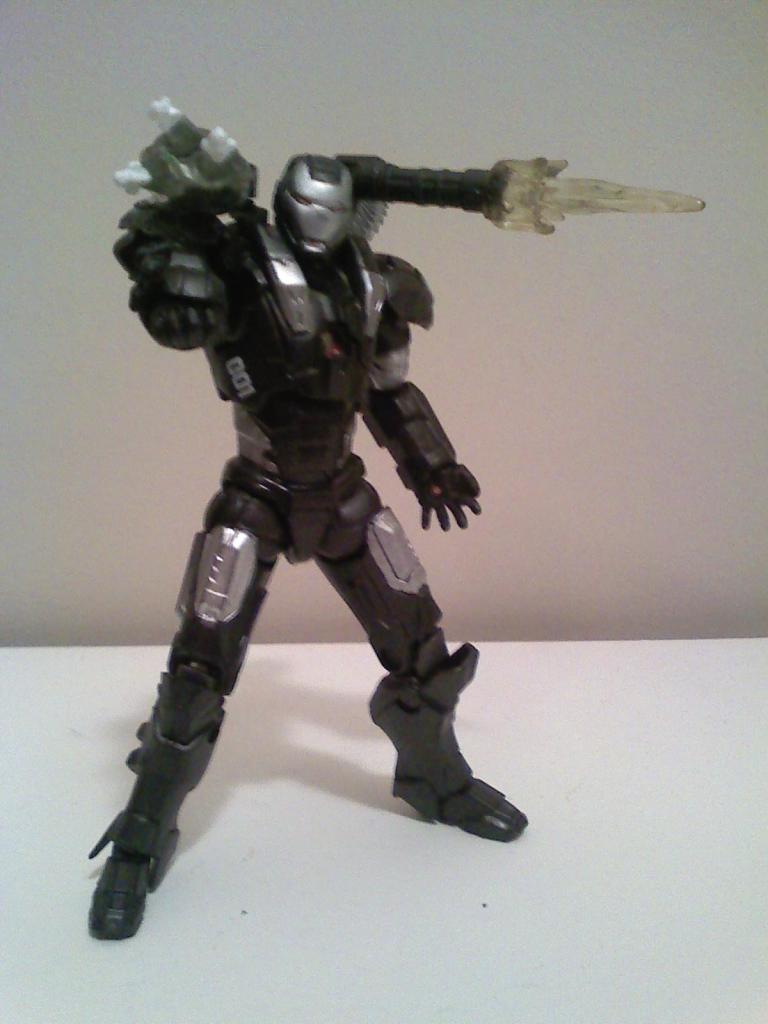 Movie War Machine is by far one of the best figures in the Iron Man 2 lines. With great posability and an excellent sculpt, there's a reason this figure is harder to find than most. If you see one, absolutely go and pick one up. He's a great 3 3/4" version of War Machine.