Home » Trioplast » King of the Jungle

King of the Jungle is the name given to Voltron on the jumbos released in Peru. Although I've seen myriad different versions from that country, this one is my favorite. But not because it's closest to the Popy original (even moreso than the LJN Giant Commander). Instead, I really like it most of all because of it's box art. This is quite possibly my all time favorite jumbo box! 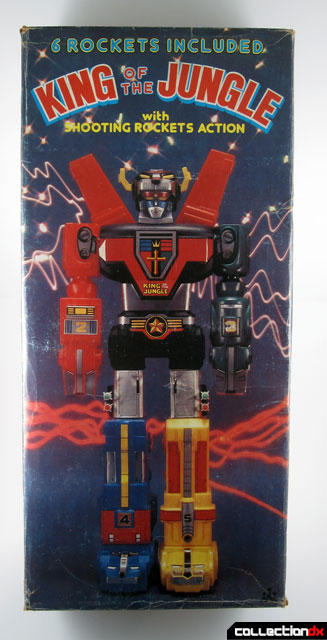 It's so silly looking, but also quite festive in tone. It looks like a party, circus, or carnival is happening around the photo. I admit that I am pretty uninformed about Peru, but it makes me think it is the land of happiness. They way the arms are depicted on the side of the box even make me think the toy is dancing.

I joke, but that's actually important to note. This version retains the original rocket launching gimmick that was present on the original toy, but stripped away for the LJN version. Unfortunately, I don't have any original missiles. Although they are shown to be red and green on the box, the only other example I've seen of this toy came with regular red missiles.. As you can see, I'm also missing the lower jaw of each fist, too. 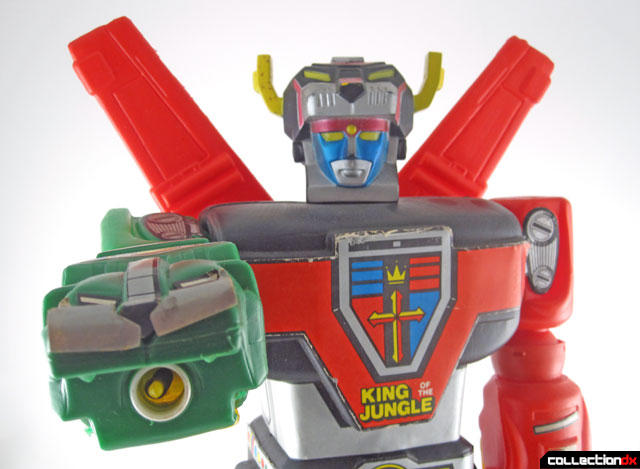 Just like on the original, the missiles are stored on the hips when not in use. 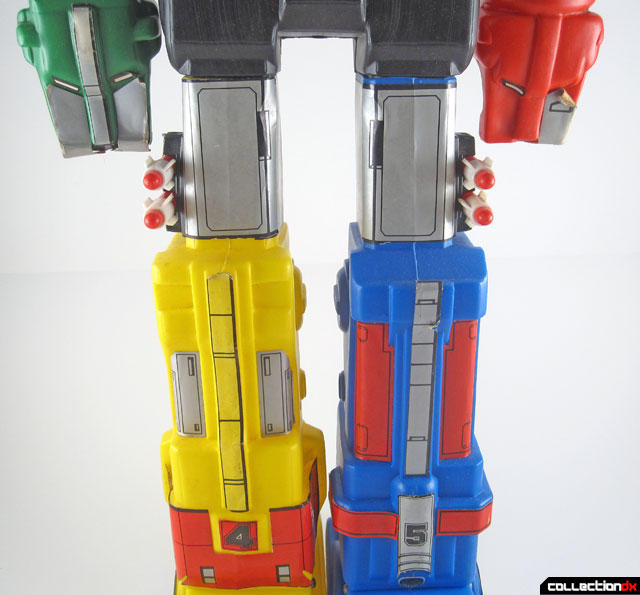 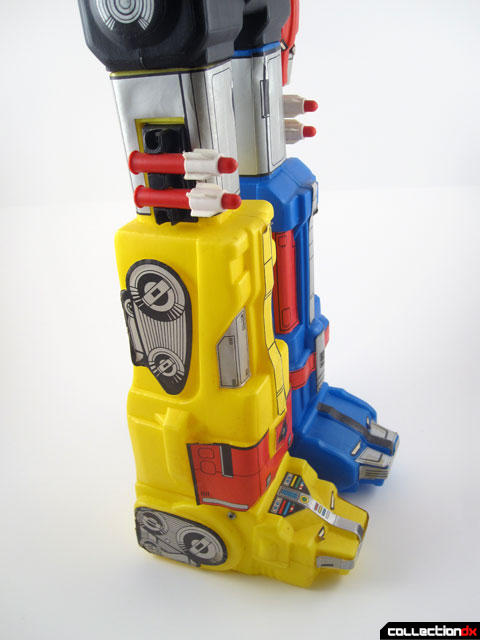 Oh, I almost forgot but there is something different between this version and the original. The colors of the arms are swapped! The original has a red right arm and green left. Ironically, the only other version of this toy has the correct colors! So once again, we have a very rare toy that has variations. 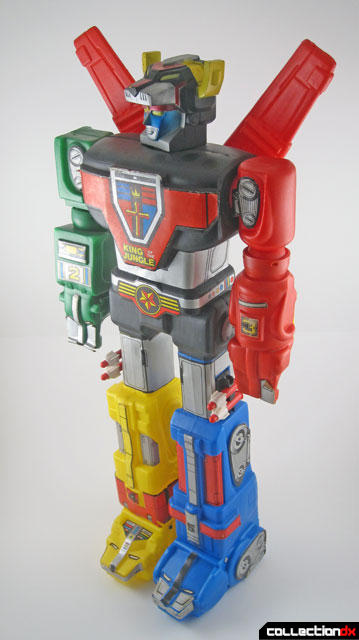 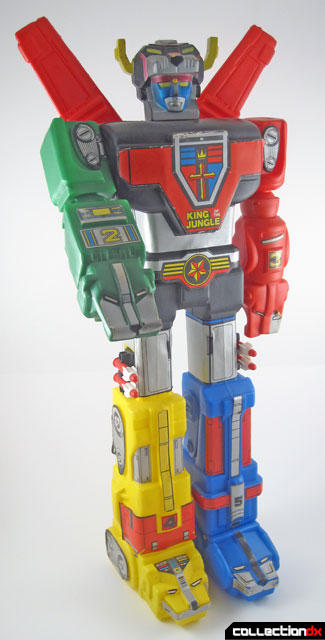 Lastly, this toy was made by a company called "Trioplast". I'm unsure if the other version of "King Of The Jungle" are also made by this company, or if those are essentially knockoffs of a knockoff.

Not much more to say about this toy since it's basically the same as other more familiar toys with some minor alterations. Of course, documenting it is important! 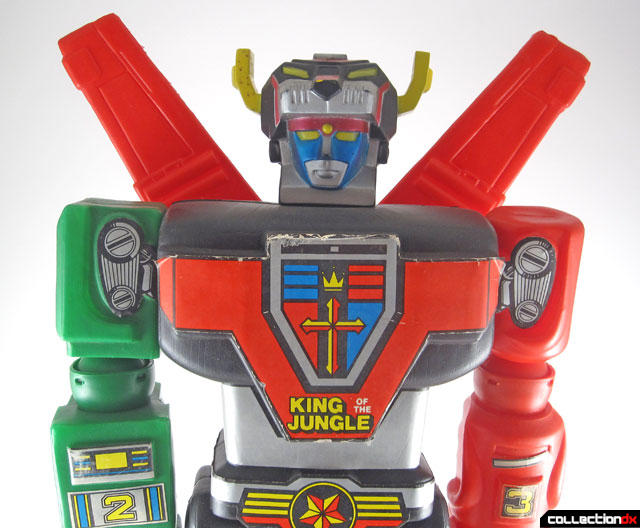 This is absolutely beautiful...great find!