When Toynami set out to create a more affordable Macross toy, the results were mostly satisfactory. Their 1/100 line for better or worse is readily available at almost any comic book store for the low introductory price of $15.99. They were marketed as Macross toys with nary a hint of the Robotech logo in sight. This particular example is the first time this toy has been marked as a Robotech toy. This exclusive "Stealth" Veritech also comes with the Strike/Super pack accessory, which is a little confusing since the Strike pack was never part of Robotech. The color scheme is also unique although it feels a little bit like a combination of the Stealth and Anniversary colors used by Yamato and Hasegawa Macross products. 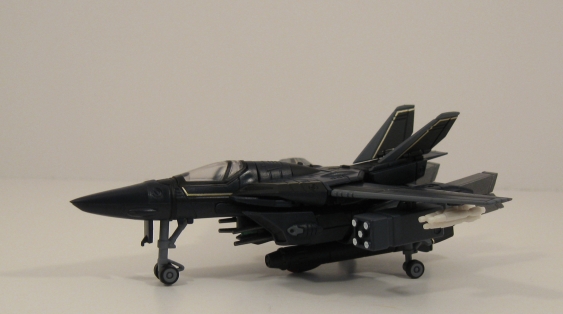 The toy looks alright in fighter mode. The intakes do not lock into the upper fuselage nor does the backpack lock into the legs so it can be a little fiddly. The toy comes with four missile packs of each type and the extra set adds three large missiles. The gunpod attaches via its own special part that replaces the gunpod's handle and plugs into holes on the bottom of the stowed arms. 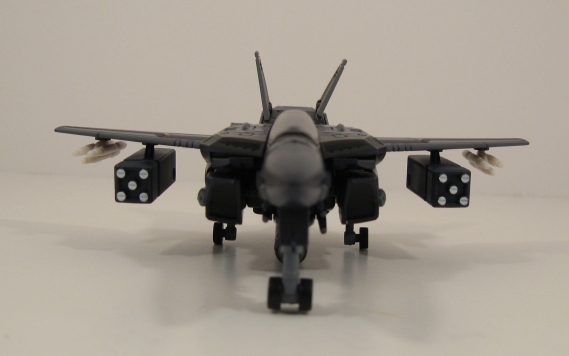 The landing gear is a simple plug-in affair with the holes being hidden under folding panels. 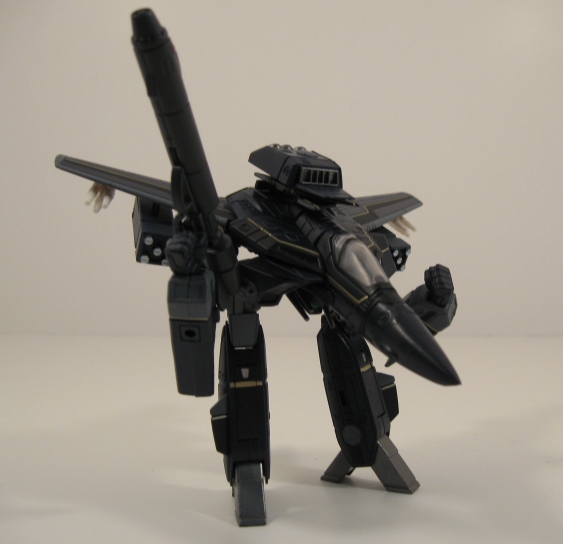 Gerwalk mode is also fairly standard. The toys comes with two fists, one gun holding hand, and two styles of open palm. For this mode, the toy's extensive stand set is attached by simply plugging a ball joint into a hole on the underside. 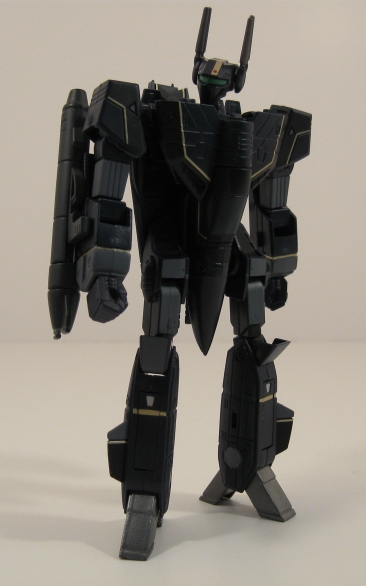 Battroid mode is arguable this toy's best mode. It features good articulation and several features like the ability to attach the gunpod to its arm. I'm afraid this sample has some excess plastic around the right shoulder. 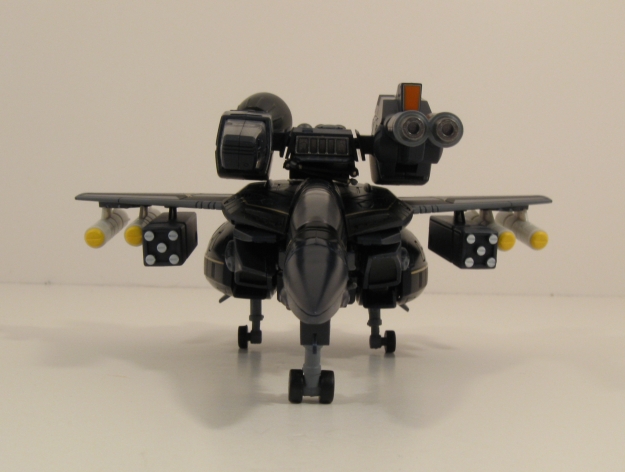 The Strike pack fits well to the figure. Nothing feels like its going to fall off. 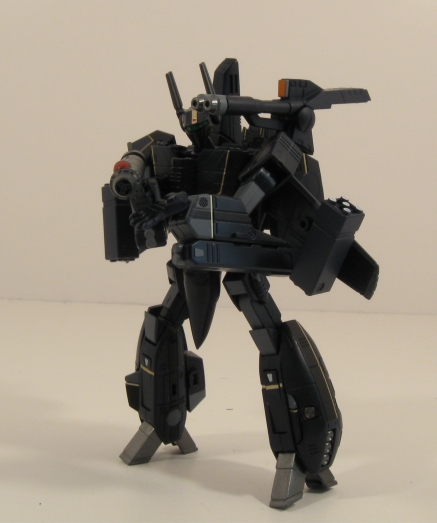 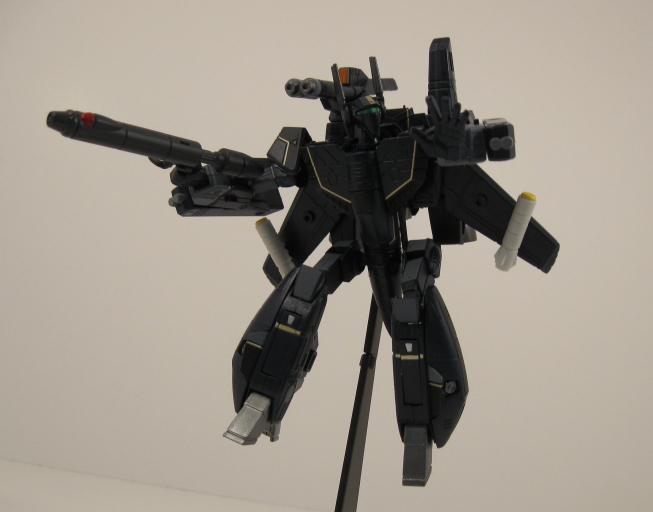 Battroid mode comes with its own stand attachment piece which plugs in under the backpack. There is also a stand extension piece to give the figure a little more altitude. 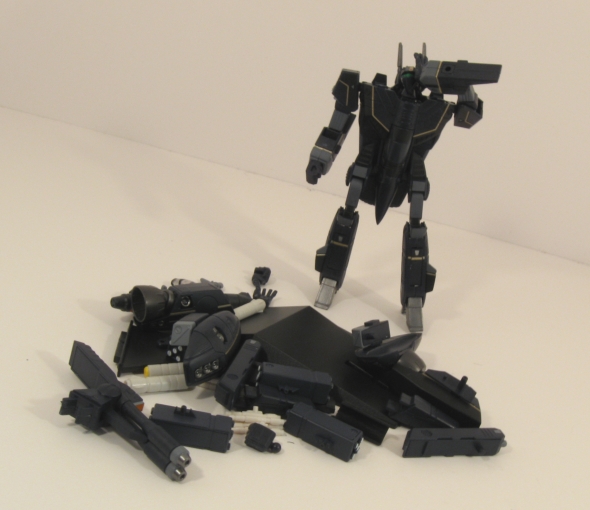 The only real problem with this figure is that there are a lot of small parts to keep track of. Be sure to buy a little storage bin.

I mean, any VF-1S Strike Valkyrie- regardless of coloring- is absolute pwnage in my book. Like, 'Dolza, give me your face!' alpha strike-type pwnage.

Actually, been a long time reader. Just wanted to point out what a great site this is.

I am grateful that you saved me from spending $60.00 on this shyt.

Great review. Good video too. I got frustrated watching what a pain this was to transform.