So, we finally get a modern Eddie Brock Venom figure! And it took them, what? 10 waves to get to him? Honestly, I'm glad they put him off as long as they did, as this figure benefits from the recent upgrade in paint and accessories that the line has seen. 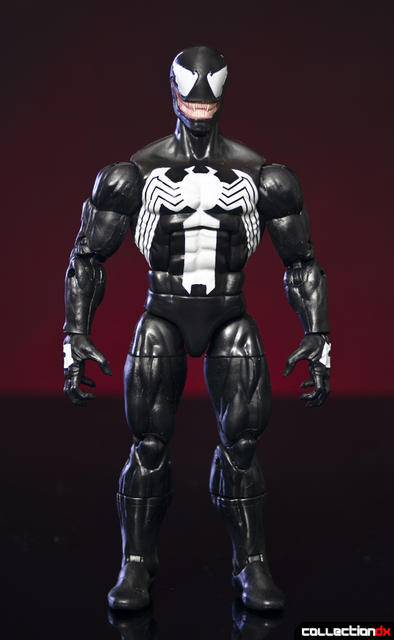 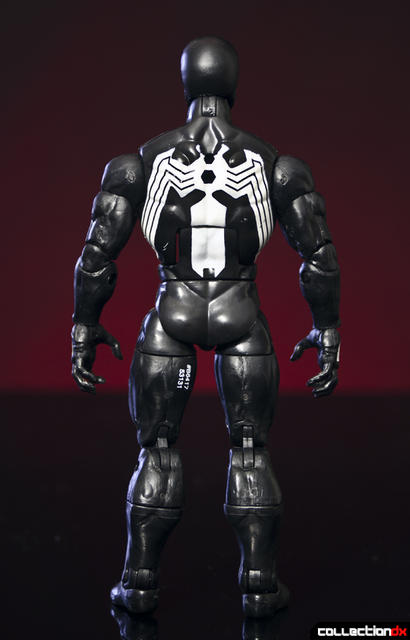 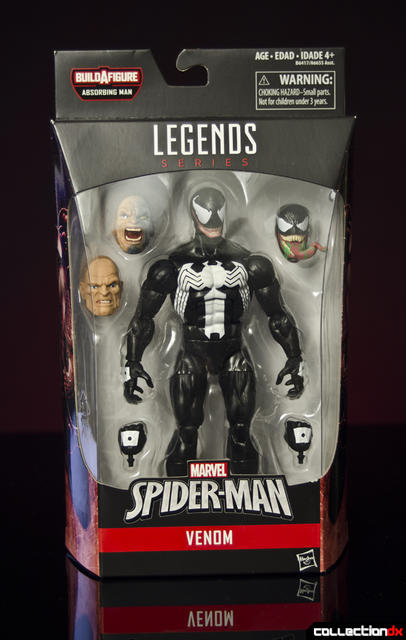 He stands roughly 6 and 1/2 inches tall and scales well with other Legends. 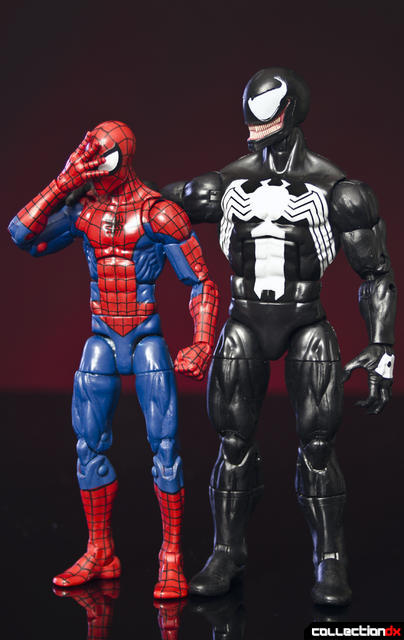 His articulation is about average for a Legends figure. The body is a reuse of a previous mold, but it makes good use of it. 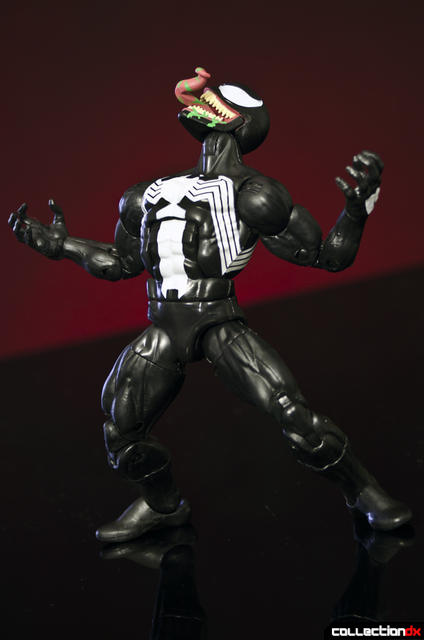 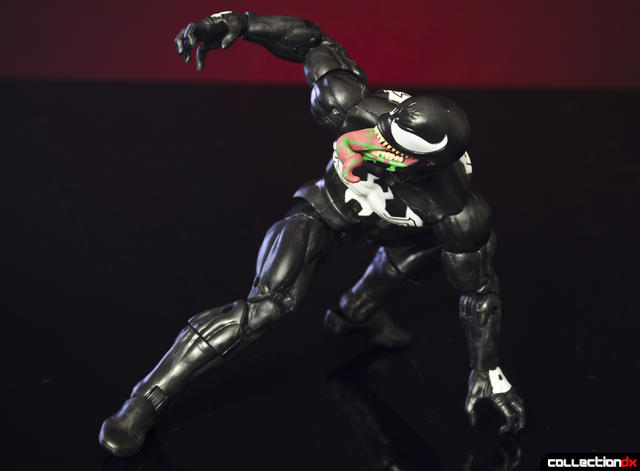 I would have liked him to able to pull off a deeper crouch, but for $20, I'm OK with it. 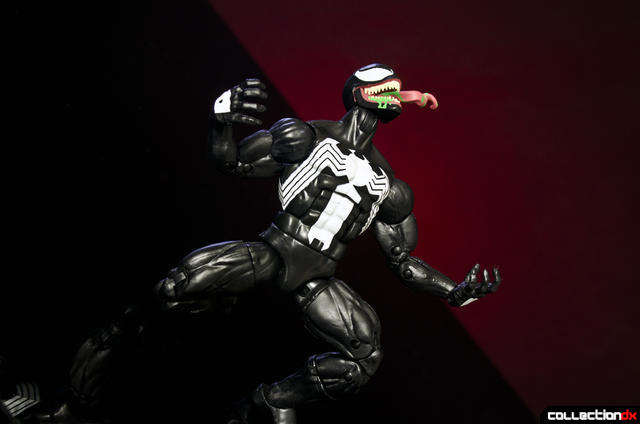 The paint apps are nice and sharp, the teeth in particular are well done. I like that they stopped the white spider symbol short of the waist cut so that the articulation doesn't break up the design (I'm looking at you, Marvel Select Venom). 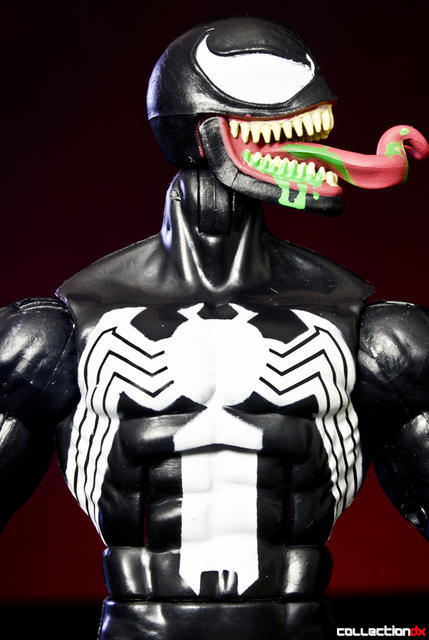 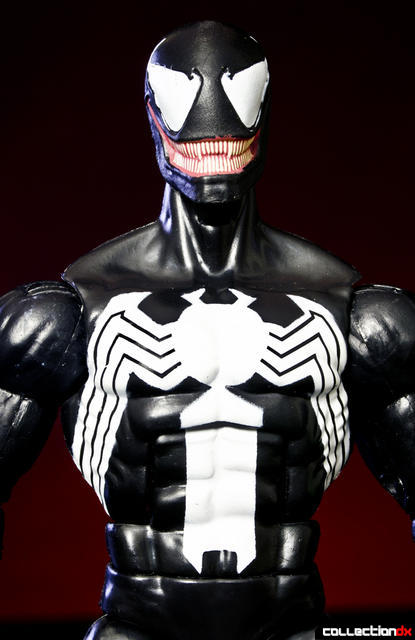 The figure has the standard mold lines and nub marks that are pretty standard on Hasbro figures. They aren't obnoxious, and again, for $20, I wont lose any sleep. 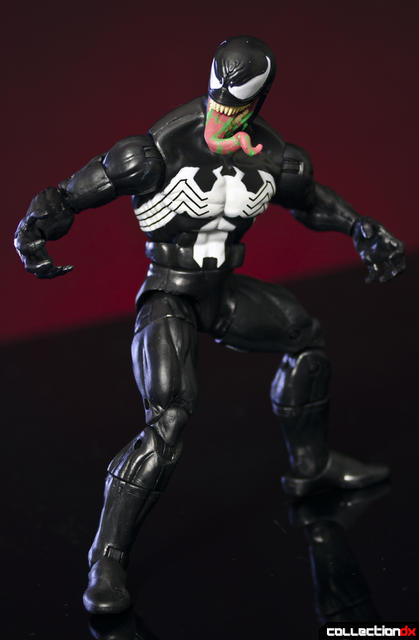 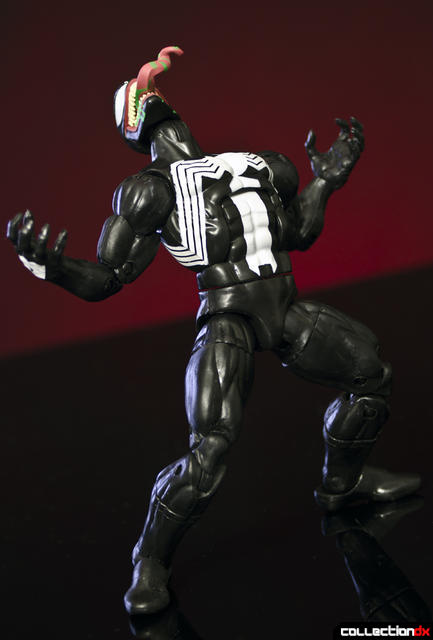 I really like that they included the extra head, (which seems to be standard on most Legends figures now). I would have liked a few extra hands, but the ones included pretty much cover any pose you would want. 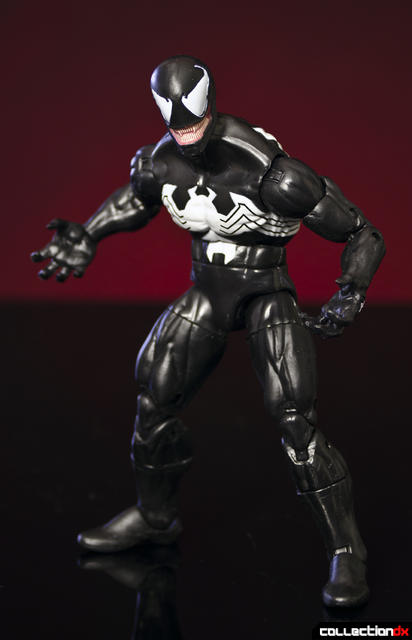 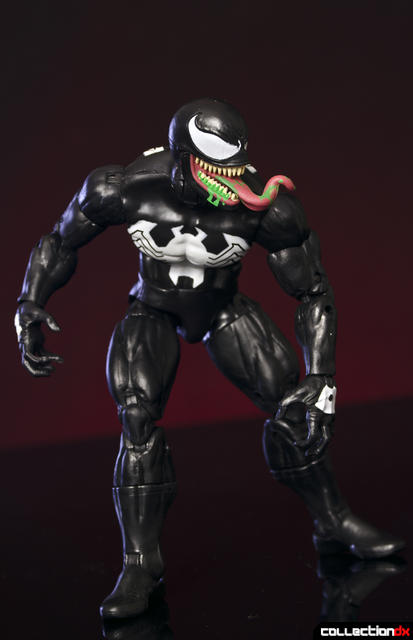 Venom has two peg holes in his back, the smaller of which will allow Venom to be used with a Tamashii stage. 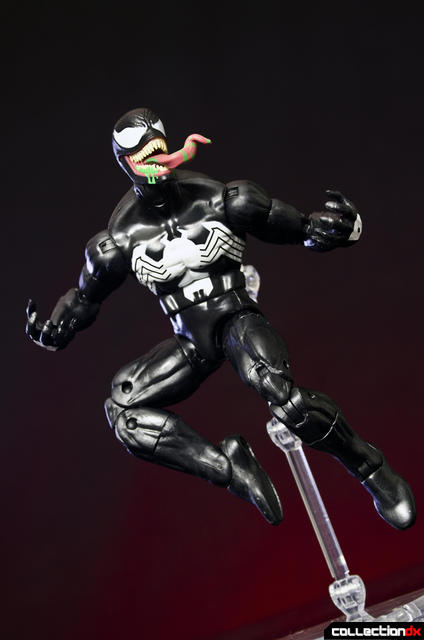 So, to sum it up, Venom benefits from the recent paint upgrade that the Legends line has received, but still suffers from the mold lines and nub marks. He comes with a decent amount of accessories and has pretty standard articulation. If you're a fan of Venom, this is a very easy buy, if you're not a Venom fan, there isn't much here to warrant a purchase. 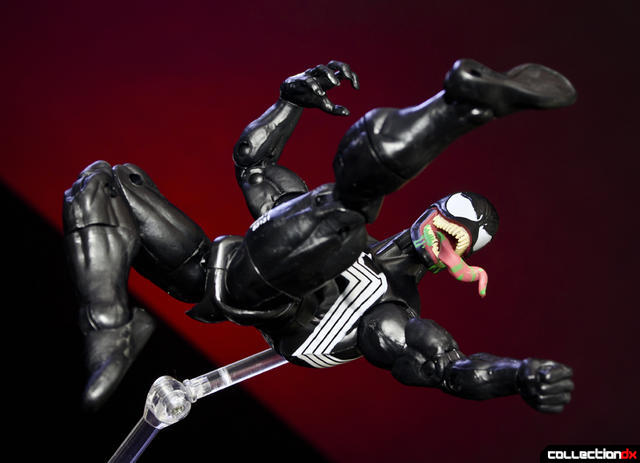 He looks like he was modeled after Todd McFarlane's Venom, pre-90's extreme tongue & fangs. Very cool.